Imagine meeting the love of your life in high school and having that person during your wildly emotional, passionate teenage years. For some people, it’s their reality. We hear about high school sweethearts all the time that get married and stay together for the rest of their lives. It’s not the case for most people but it is a romantic idea in spirit most can agree. Now imagine the relationship ending at the age of 18 due to an all too common teenage mistake. It’s crushing when you’re that age. 18 year olds by nature are hypersensitive, overly emotional and the world feels like it’s all or nothing. Now the icing on the cake to this hypothetical scenario is not only losing the relationship, but both of you marry the next person that shows you any interest and you stay in those marriages for 20 years, all while still loving your high school flame AND living in the same town as them the entire time. That’s the cliff notes version of Big Ed and Norma, the saddest love story of them all.

When I did my first re-watch of Twin Peaks, I was 18 years old and was every bit as emotional as I described in the opening paragraph. While a story like Donna and James on paper should have been better suited to grab my heartstrings (I did love their story and still do, as unpopular as a statement as that might be), Norma and Big Ed’s undying love for one another and how unhappy they were with their place in life destroyed me. Seeing the interactions between the two of them, careful not to be too obvious with their feelings despite most people in town being aware of their affair could be perceived as deceitful by some (they are in fact having an affair) but their reasons for staying in their respective relationships always justified the infidelity to me. It would have been much easier to judge them for their indiscretions if they weren’t such good people. Ed always knew that if he left Nadine, she would be destroyed. Part of him does love her – we see that when she attempts suicide but it’s not that undying, fairy tale kind of love he has for Norma. So Ed buries himself in his work, helps take care of his nephew and the town as a member of The Bookhouse Boys and does his best to love Nadine, all the while longing to see, talk to and be with Norma. Norma wound up with professional criminal Hank Jennings, and despite her outward contempt for him, she also has feelings for her husband. There’s something about him that makes her smile. He’s just not Ed. 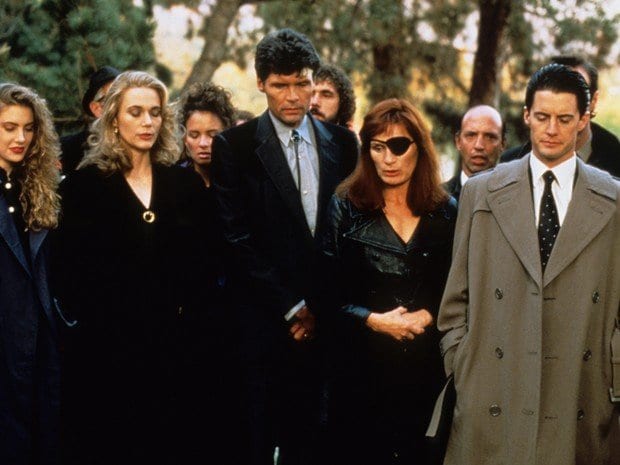 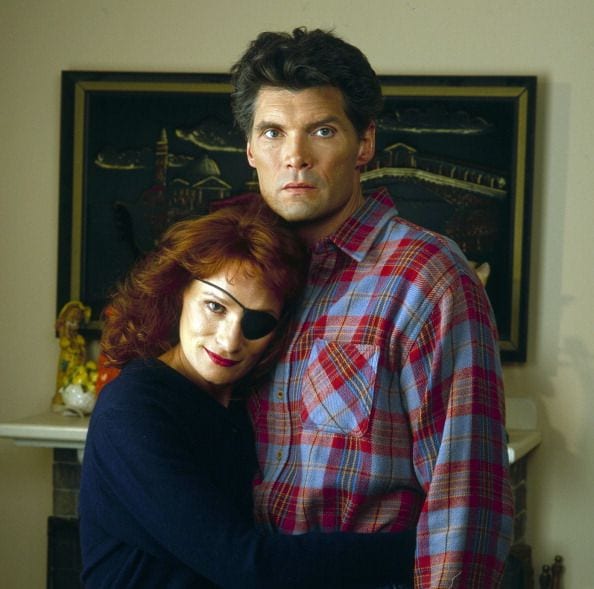 Season 2 offered perhaps the greatest act of cruelty to those two characters when for the briefest of times they thought they were finally going to be together. Hank was locked up again and wasn’t coming home anytime soon. (He would later die in prison according to The Secret History Of Twin Peaks). Nadine was suffering from her post-suicide attempt mental regression and told Ed she wanted to leave him for the much younger Mike. While we as an audience wanted Ed and Norma to get the life they wanted together finally, it was also too easy and not meant to be. In the powerful Season 2 finale, Nadine’s mental regression ended and once back to her normal self, the writing was on the wall. Big Ed and Norma’s on again, off again love affair was going back to staring at each other from across the room at the Double R and lying awake at night thinking about what could have been.

Twin Peaks is remembered for a lot of things: the supernatural, the quirky characters, the ’50s like style that the town seemed to have but genuine human tragedy beyond the central plot of Laura Palmer’s murder is something the show really excelled at but perhaps isn’t given enough credit for. Ed and Norma’s story still breaks my heart all these years later. Soul mates that found one another young, made a mistake as teenagers and paid the price for it the rest of their lives. Heading into the show’s return, I can only think about all the years that have since passed and I have zero doubt that Ed and Norma still love each other – a love that goes unspoken and rarely acted upon. A truly tragic love story.