Hey everyone and welcome to “The Waiting Room” here on 25 Years Later. I’m Andrew, and this will be my weekly blog throughout our return trip to a town where nobody is innocent, Twin Peaks. The plan for this feature here on the site is for me to provide my thoughts on each week’s latest installment of the series and offer my opinions on perhaps where the story is heading, as well as talking about different happenings here on the site. For those that will be looking for a more traditional episode recap, Justin will be handling those duties here on the site. Since we don’t have any new Twin Peaks to talk about, in this first edition of “The Waiting Room” I’m going to be offering a few predictions I have for the upcoming return as well as talking about what this site is trying to do and how we hope to accomplish that. Let’s rock!

This site is designed to be a place where long time, die-hard Twin Peaks fans can come and read some interesting theories and other original content and newer fans can come and read why we never fell out of love with Twin Peaks, despite having to wait nearly three decades for new material. For those of us who have been waiting years upon years for the journey we’re about to embark on, we know that the series, film and books were only part of that love affair. The community of Twin Peaks fans was every bit as important. Even in the more primitive days of the internet, we had John Thorne and Craig Miller’s Wrapped In Plastic magazine to keep us thinking and talking about Twin Peaks. There were always internet groups and sites that kept the passion and conversations alive and social media took those conversations to a whole new level, involving more people than ever before. This site was designed to help keep those conversations alive. Perhaps you read something here and post about it in a Facebook group. Or it becomes a topic of conversation on one of the many, amazing Twin Peaks dedicated podcasts currently available. That’s our goal – to keep people talking about this world we love and have loved for so many years now. Hopefully three decades after the show’s return has concluded, people are still talking about this show and people are still discovering it for the first time.

If you haven’t checked out much of the site yet, some of the content we plan to provide will be: episode reviews, featured articles, our personal experiences pertaining to Twin Peaks, theories and analysis, podcast and book reviews/discussions and more will be revealed. We will always be open to suggestions and will always be looking for more people to help contribute to the site.

To wrap up this first edition of “The Waiting Room”, I’m going to give you a few personal predictions I have for the 18 part return to Twin Peaks. 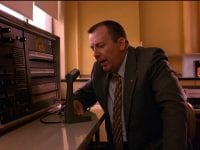