An Audio version of this article is now available on our Patreon page: https://www.patreon.com/25YL Sign up and listen to this and all our other great Audio Articles on the move, at the gym, while you work, whenever you want!

Showtime President David Nevins called the revival of Twin Peaks as Cooper’s “odyssey back to himself” and based on what we’ve seen in the first third of The Return, I’d say this is an extremely accurate statement – and a savvy one as it dodges the fact his odyssey appears to be traveling through America’s first true fairy tale, The Wizard of Oz.
It’s been stated frequently by scholars how influential that movie has been to David Lynch, and even Lynch himself has said that every single movie produced has some kind of reference to Wizard of Oz in it. The Return just appears to be a little more blatant about it than many.

Twin Peaks: The Return is, in the grand tradition of Twin Peaks media, a number of different things at once, and each of its aspects is attempting to accomplish a different result. For my purposes here I am going to focus on Dale Cooper and the scenes he’s involved with in the first six parts of The Return, where we find his quest home to Twin Peaks (and to himself) is littered with references to Dorothy’s trip to Emerald City.

As far as color schemes go, the abandoned house Dougie and Jade were borrowing, where our Cooper landed after being flung through space and electricity, began the color palate tones of yellow and the casino Jade took Cooper to (in her yellow-as-yellow-can-be Jeep Wrangler) surrounded him in yellow-gold slot machines and tokens. The house of Dougie & Janey-E Jones is bathed in yellows whether it’s the paint on the walls or the various shades of their furniture. From the moment he landed back in our world, there is no way not to notice Cooper’s been on a proverbial yellow brick road.

Which characters match up to Wizard of Oz Characters? 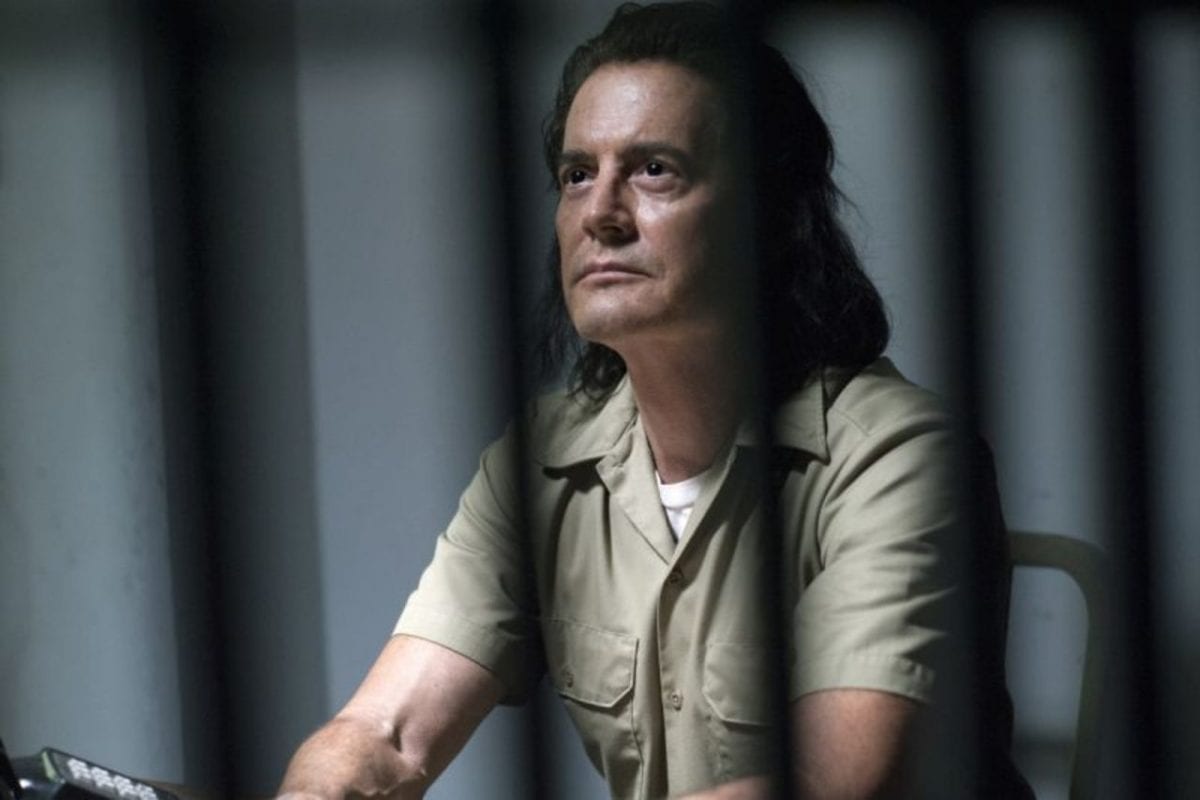 DoppelCooper is the Wicked Witch of the West of The Return; that’s the easiest of the analogs to decide upon, but who would be analogous to the other Wizard of Oz characters? I’m going to start with a major curve ball and say that Laura Palmer is the Dorothy.

Because to Lynch, Twin Peaks begins and ends with Laura Palmer. Every part of Cooper’s quest is through the lens of Laura’s case or her involvement with the lodge spirits. She is the focus. Not to mention she’s the one who was literally swept away by a tornado in the first Part. 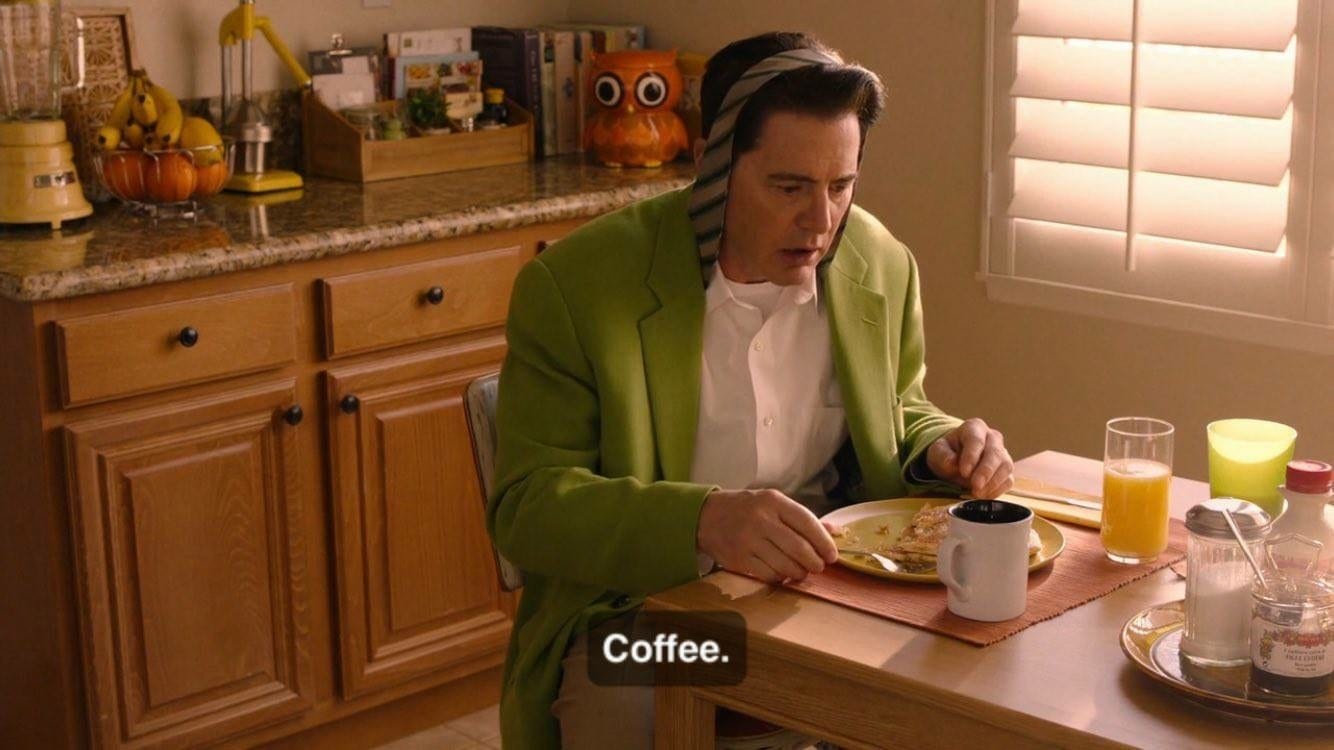 I consider Cooper the Scarecrow because his newborn state basically renders him brainless. I realize Cooper is the one who needs the foundational element of his shoes to return to his complete self, but Lynch is smart enough not to remake Wizard of Oz without adding a few wrinkles as he goes. And maybe Cooper’s brain is in his shoes. 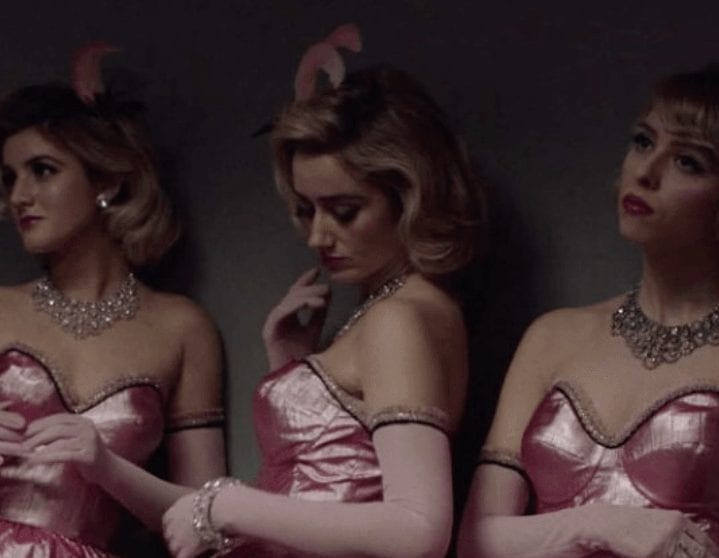 I’m crediting the Tin Man to Amy Schiels’ character Candie. So far we’ve only seen her as an indifferent showgirl in a single scene (where the Brett Gelman character Supervisor Burns gets the holy hell beaten out of him by the Mitchum brothers), but this scene can easily be seen as proof she’s heartless. Then there’s all the press Shiels has been getting that implies she’s a major character in this story. Is there a better a way to be a major character than to be an integral part of Cooper’s journey?

The Cowardly Lion role is up for grabs, from the aforementioned Supervisor Burns to Sonny Jim to one of the goons Janey-E gave the what-for to, but I’m going to pick the quintessential office beta-male Phil Bisby since he’s Cooper-Dougie’s coffee connection. Phil seems to lack the cutthroat gene and for the sake of this argument you could credit him with a lack of courage.

Or, is Cooper ALL of the Oz characters at once? 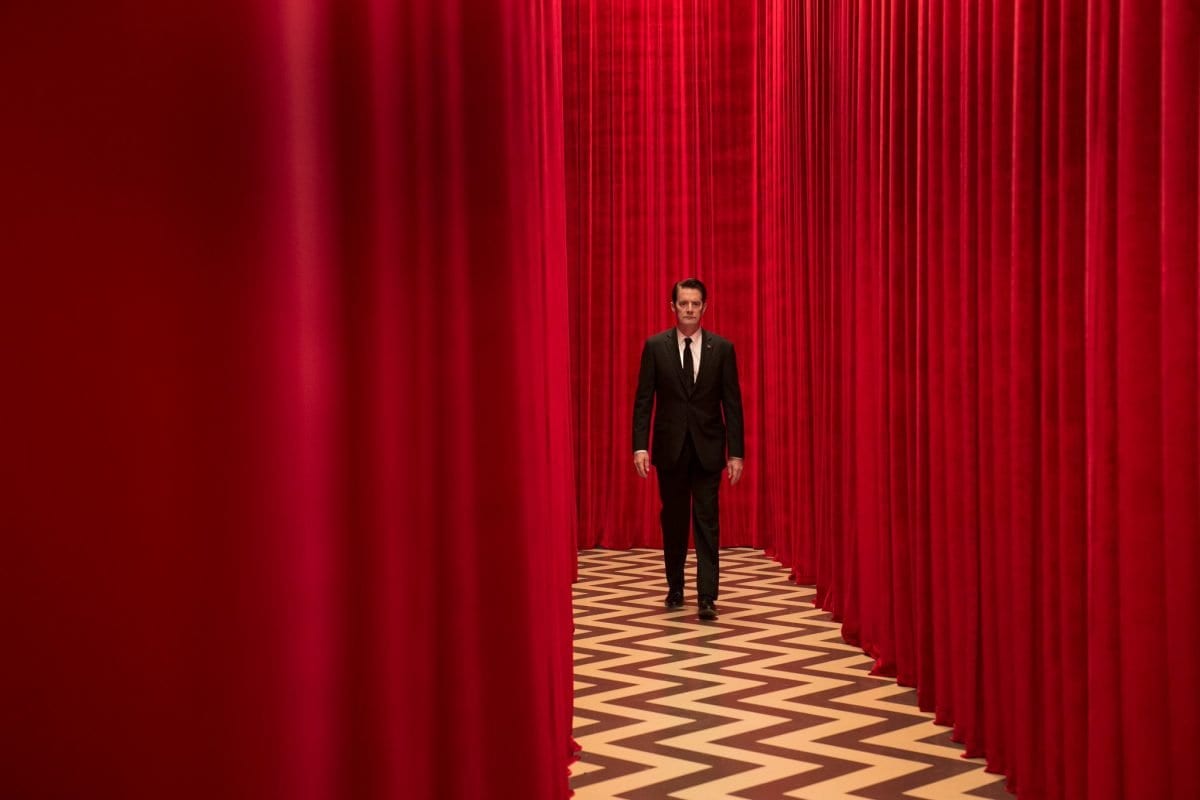 DoppelCooper is literally Cooper’s opposite (who otherwise displays every ounce of Cooper’s traits while making selfish decisions), so you can make an easy case that the Wicked Witch of this piece is internal struggle. Going back to Cooper’s shoes, looking for his shoes is a one-for-one comparison to Dorothy’s quest, except instead of being Ruby slippers they are pure black. And I’ve already explained Cooper’s case for his ability to be a Scarecrow.

How could Cooper be the Tin Man? He’s been unreactive to people around him. Up until coffee, he seemed to lack empathy. I see the tear he shed while looking at Sonny Jim the first sign he may be rediscovering his heart.

Cooper’s internal Cowardly Lion will be challenged by Ike the Spike, I suspect. So far, Cooper-Dougie has been rather meek and helpless, but challenging himself to stay alive from the threat of a leather punch tool will bring out Cooper’s previous courageousness.

I am highly curious if Lynch’s use of the Wizard of Oz visual language will continue beyond these first six episodes. As with the Bang Bang Bar training us to expect the credits roll just in time to change things up and subvert this expectation, there’s a reasonable probability that Lynch will do a heel turn on the Oz metaphor as well.

But on the other hand, this has been a connection in Lynch’s entire body of work, so why expect him to change now? All I know for sure is predicting Lynch’s next moves couldn’t be predicted by the Wizard himself, but if we keep an eye on the road we’ll be where we need to be every step of the way.