While Twin Peaks fans waited in anticipation for The Return, one nagging question was frequently raised: How is David Lynch going to incorporate the relatively recent phenomena of social media and the digital age?  Twin Peaks has a very timeless feel to it.  Like much of Lynch’s work it exhibits a vibe of 1950’s perfection, and although it was created in the late 80’s and early 90’s it doesn’t have as much of the dated style you see from other visual media of the time.  The closest glimpse you get of modern technology in the original series is of an F.B.I. agent’s hefty laptop computer.  So it was a legitimate question: how was Lynch going to keep the classic, retro vibe of Twin Peaks in an age where technology is so firmly embedded into our everyday lives?  And now, nearly halfway into The Return, we have an answer: masterfully. 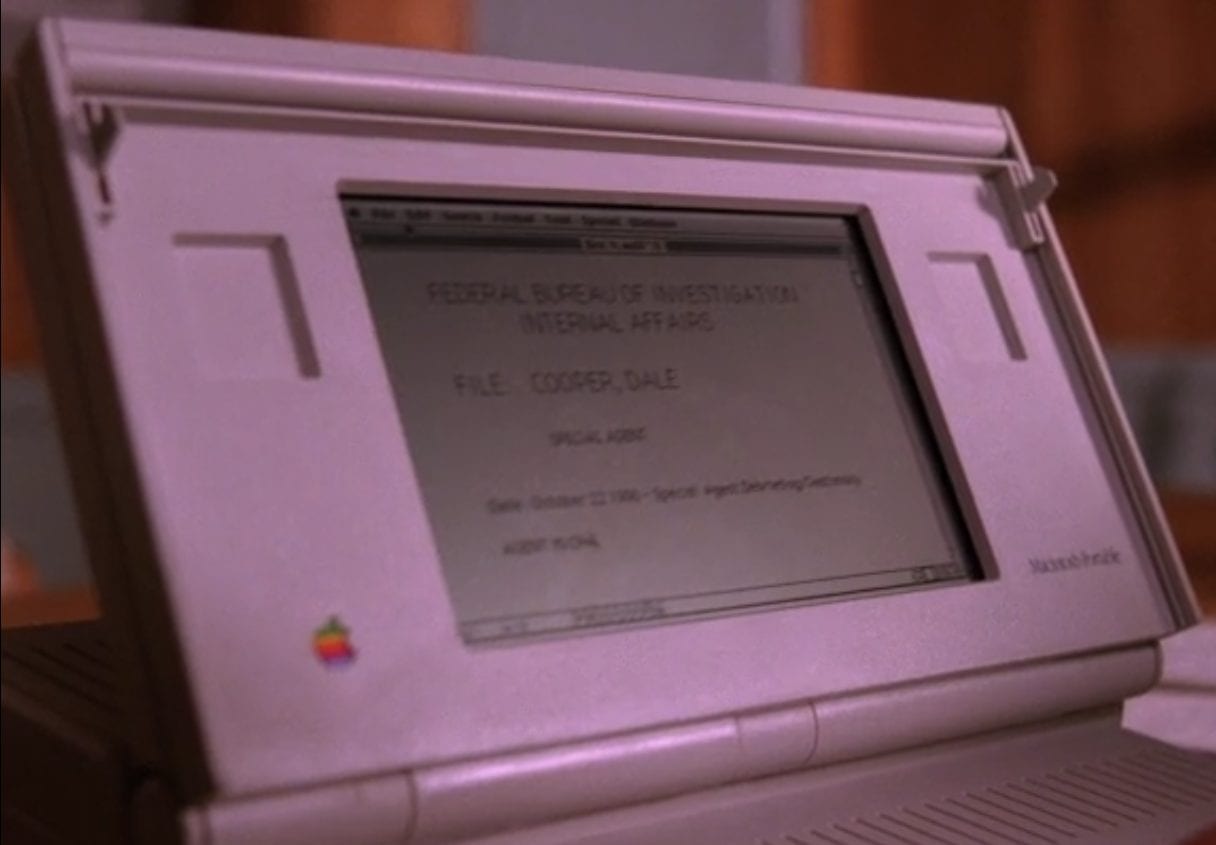 It is interesting to think of how the original storyline would have been impacted by the technology of today.  I can totally picture James Hurley tweeting, “Sometimes I think I should just get on my bike and go.”  Or Donna vaguebooking, “I met the most interesting person today but I can’t talk about it on here.”  Truman and Cooper would be scouring Laura’s Instagram page for clues, and might even find that there are missing entries to her secret blog.  It is a horrifying picture.  Yet here we are, more than 25 years later, debating theories on internet fan groups, following cast members on Twitter, downloading podcasts onto MP3 players, and streaming The Return on the Showtime app.  We are instantly connecting with each other across the globe to discuss, argue, and predict.  And here you are, reading an internet blog article typed by someone who was having a hard time grappling with what kind of effect modern technology would have on my all-time favorite show.

Now I know that I had no reason to fret.  Lynch has incorporated modern technology into The Return exactly as Lynch would.  Like anything else in the world of Lynch, it is a source of mystery, terror, and comedic relief.  Although Dr. Jacoby has gone into the business of live vlogging, he is doing it from a remote trailer deep in the woods.  Jerry Horne watches with apt interest from a tablet while smoking a joint under a tree in the forest.  Frank Truman’s office looks just as quaint and bucolic as it should, but he has a magic button in his wooden desk to pop up an otherwise hidden monitor and Skype.  Because who wants to see such a jarring image as a computer sitting out in the open in such a cozy sheriff’s office?  Lucy, being as Lucy as ever, cannot come to terms with the fact that the sheriff can be talking to her on the phone from a potentially remote location and then appear in front of her while still on the phone. 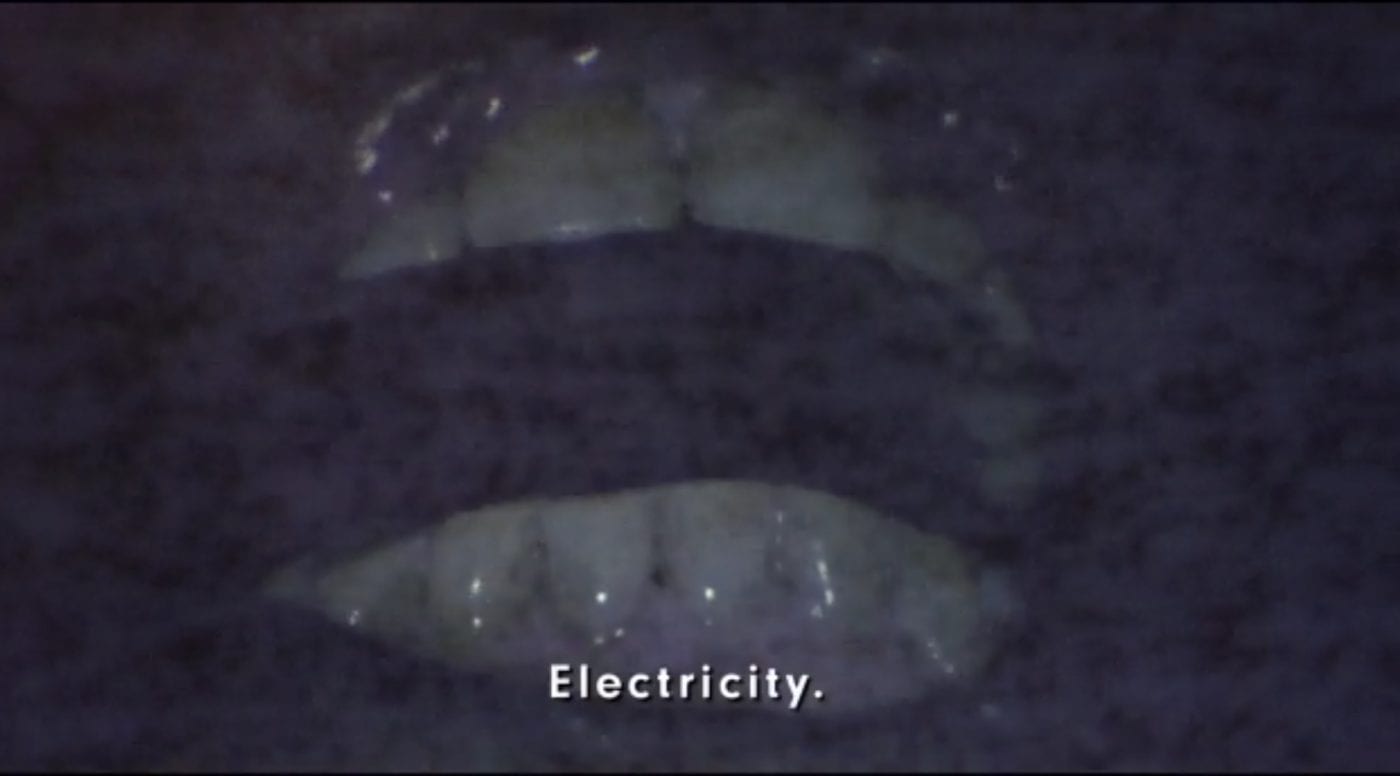 One of the main tropes that makes Lynch so Lynchian is the ability to blur the lines between ordinary life and the stuff of nightmares.  A lamp isn’t just a lamp, a telephone pole is more than just a telephone pole, and a streetlight swaying in the breeze is given the attention of a main character.  And here we are at a bizarre point in history where electronics are practically extensions of ourselves and play a large part in our everyday, mundane lives and Lynch is having a field day with it.  Dr. Jacoby’s vlog ranting and raving about what ails society and then trying to sell golden shit-scooping shovels, although silly and absurd, is not unlike today’s news media.  Sheriff Frank Truman’s elaborate setup to keep his computer hidden unless absolutely necessary is a reflection of the attempted rejection of media—although many people shun away from the development of modern technology, they still find themselves relying on it in their daily lives.  And then there is the idea that electricity can be a source of evil as it is channeled and manipulated by inhabitants of the black lodge.  “E-lec-tri-city,” as the displaced mouth said in Fire, Walk with Me— long before we could predict the digital age to come— is a power beyond our control with capabilities beyond our imagination.  Once again something seemingly ordinary is taken and presented to the viewers in a way that gives us that uncanny feeling—something both familiar and eerie at the same time— so that we second guess the simplicity of what otherwise goes unnoticed.

Of course Lynch isn’t ignoring the vast developments of technology and how that has changed the way in which modern civilization socializes and operates in everyday life, despite my original inability to imagine how these new developments would factor into what I knew of the show.  And how could he, when there was such a grand opportunity to Lynchify such a large aspect of our lives?  However, he hasn’t sacrificed the timeless, classic feel of the original series to do it, and it is beautiful.