Welcome back to “The Waiting Room”, my weekly Monday night column. In a slight change to the format, I will now only be covering the plot lines in the town of Twin Peaks and following everyone’s favorite “never say die” Doppelganger, Mr C. Laura Stewart will now be covering the FBI in her Wednesday column, “Who Killed Ruth Davenport?” now that Gordon and the gang are in Buckhorn. As always, the lovely and talented Eileen will be writing about the adventures of “Dougie-Coop” in her Tuesday feature “Homeward Bound”, and in my final plug of the night, if you are looking for a traditional recap, Justin has you covered every Tuesday as well. With site business, out of the way, let’s start with the man pulling so many people’s strings, Mr C. 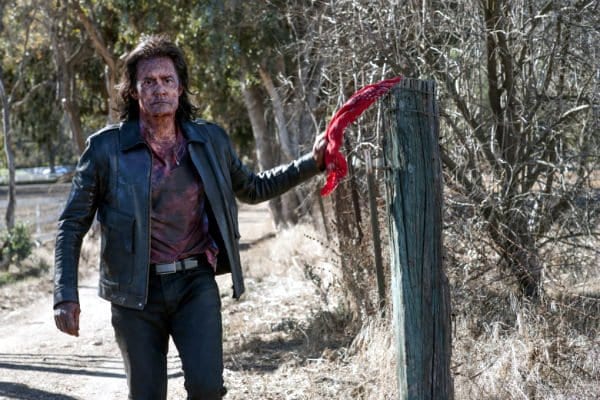 If you were concerned about the health and well being of America’s favorite doppelganger (not sure about Canada—we’ll have to ask Lindsay and Aiden), Mr C was looking pretty rough post-shooting/Bob extraction. Mr C found his way to a farm (not Ray’s farm we can assume) where he was greeted by not only his companion from Part 2 Chantal but also her partner in crime/husband Hutch, played by Tim Roth. For all those hoping Roth would be playing Jeffries, sorry. Personally, I’m happy he’s not. I want Jeffries to remain focal but unseen. Anyone stepping into the role first played by David Bowie has large shoes to fill, and it’s not fair. Jeffries can be an effective character plot-wise without being seen. Look no further than Major Briggs throughout this season and especially in Part 9 if you need proof of how it’s done.

Mr C receives a phone which he uses to send a cryptic text, which we would later find out was sent to Diane and placed a call to Duncan Todd in Las Vegas. When Mr Todd informed Mr C that his mission was not complete, the writing was on the wall: Duncan Todd is going to die soon, whether or not he completes his task. Mr C tasks Hutch with destroying the phone and killing the warden. He also tells Hutch that he will be needed in Vegas for a possible doubleheader. Again, my assumption here is that Hutch will kill Mr Todd and possibly an attempt on the life of  Dougie if Mr Todd can’t make good on it first.

In very little screen time, so much was accomplished here. First, the empire of Mr C includes Las Vegas. In Parts 1 and 2, we mainly saw Mr C with low level, backwoods criminals. Over the next seven parts, we’ve come to see that his influence is everywhere. That begs the question: How much destruction has Agent Cooper’s Doppelganger caused over the past 25 years that will never get addressed onscreen? It’s staggering to think about how much evil he was at the center of since the show left us with that massive cliffhanger almost three decades ago.

Second, the Diane dilemma. Everyone has an opinion today. Either Mr C text her as part of a mind game he’s playing with her or that she put on a  show in front of the FBI to hide the fact that she’s been a Doppel-Secretary for the past 25 years—people are passionate about their theories. I’m not convinced either way. Not enough proof for me to sway me to either side at this point, but it certainly raises the stakes and makes Diane even more interesting than she already was. A final point before I switch topics: The Mr C vs Dougie showdown is coming. I don’t want to go too far into Dougie-ville since that Eileen’s territory but the show told us plain as day in Part 9 that this conflict is coming. While I’m not expecting it in Part 10 next Sunday, I’m not expecting us to have to wait for September 3rd either. Keep your doughnuts handy friends. 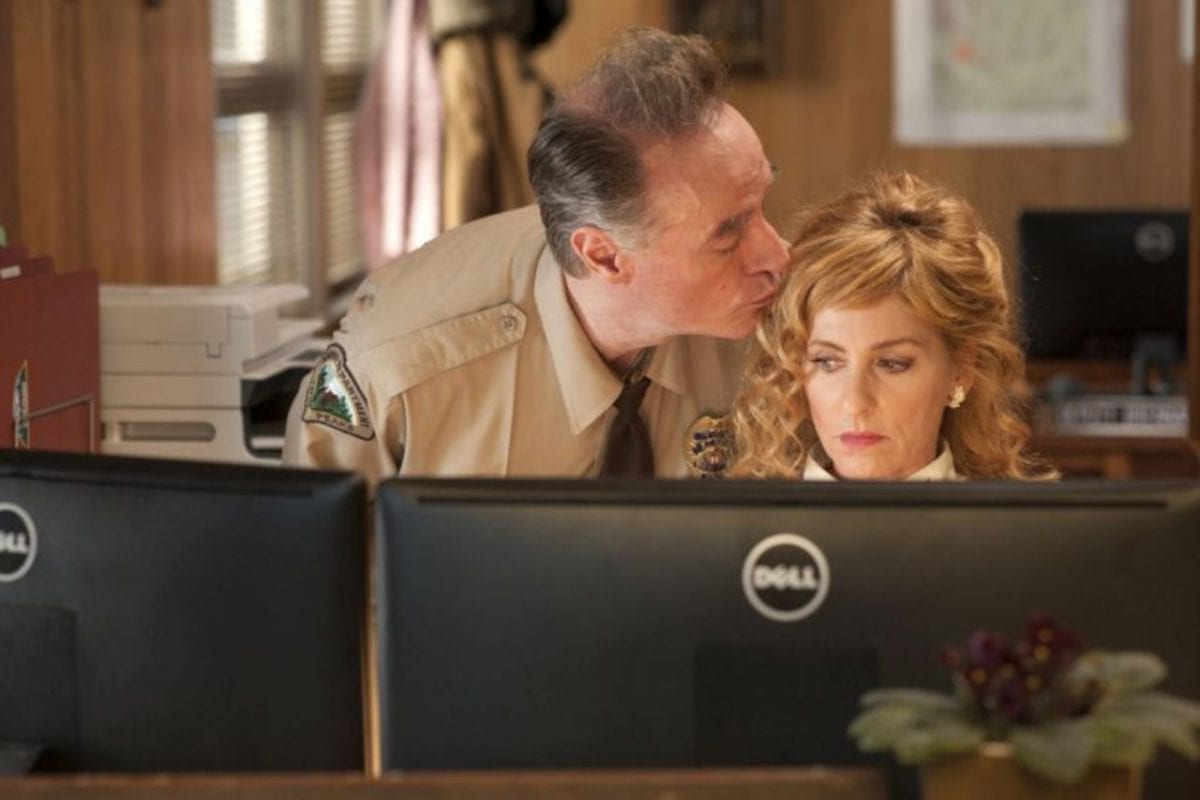 If you were expecting a long drawn out Andy and Lucy theory, you’ve come to the wrong blog friends. That being said, I did enjoy the scene. I like seeing characters we’re that familiar with being themselves and not always involved in a plot-heavy scene. I felt the same way about Chad eating in the conference room. I loved that scene. It did nothing to drive the story forward and it didn’t need to. That’s part of what makes Twin Peaks what it is. We all know a Chad. We all know a couple like Andy and Lucy. I love that realism and those scenes where we are supposed to just enjoy the characters and laugh to ourselves about people we know who act exactly the same.

We also got to meet a few new troubled youths at the Roadhouse, one of which has both a drug problem and a nasty rash. While that to me certainly foreshadows more Red in the near future, it also got me thinking about the role youth plays in Twin Peaks. Troubled, dark existences that often lead to drugs and in some case, death. We’ve now seen quite a few troubled young people in The Return whose storylines are caught in a bit of a limbo at the moment. Why do I have this feeling that James is going to atone for his teenage mistakes by taking on Red somehow? Call it a hunch but James has no prominent storylines and it would seem fitting to have him help a bunch of strung out teenagers—the one thing he could never do for Laura. Redemption? 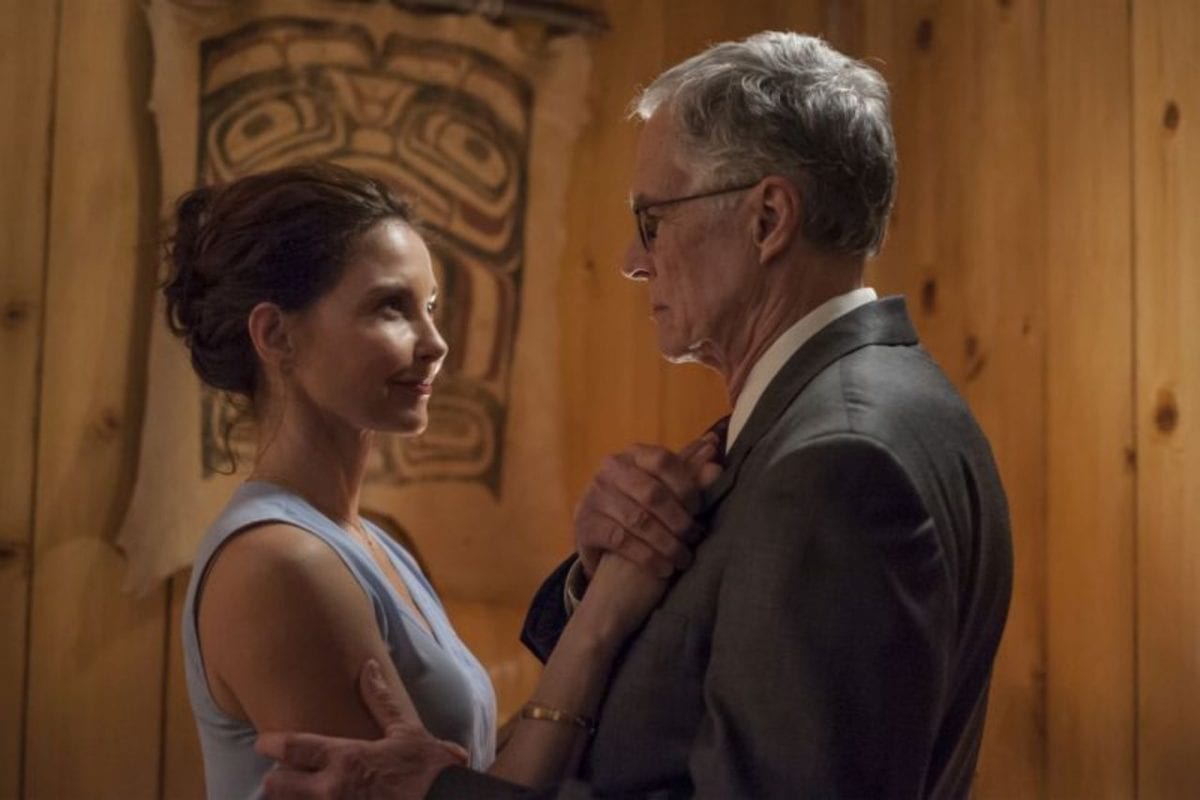 The Horne family, minus one (two if you count young Dick Horne) were showcased in Part 9. Starting with Johnny, who was briefly seen running from his mother before violently crashing into the wall in a scene that was eerily similar to previous headshots on the show (Ben at the hands of Doc Hayward, Maddy at the hands of Leland and the final image of Season 2 of course). While it wasn’t clear if Johnny died or not, he was certainly in very bad shape. This could be the cue for the return of Audrey, or it could be something better (in my humble opinion): the return of Bob to Twin Peaks. Sure, Johnny isn’t stable and could’ve rammed his head into the wall for anyone number of reasons.

Sure, I’m not the theory guy on this site and should probably keep it that way. Hear me out though: Bob is coming back to Twin Peaks—you can count on that. Bob, as we know, is eager for fun. He’s been riding shotgun with Mr C for years now. Maybe upon exit, perhaps he wants to run through a few victims before settling into a new host for the final run of episodes. Maybe Bob picked Johnny because the host he ultimately wants shares a last name with Johnny. Maybe Bob is after Richard Horne to be his new vessel, and before he does that, he wanted to stir up some garmonbozia in the family. Ok, I got my one theory of the month out of my system. I am now returning to my regular bad jokes and analysis.

I’m still not sure what to think of Ben or Jerry. Is Jerry just really that high? I mean, the humor fits Lynch and Frost’s style and they had to know that David Patrick Kelly would kill it playing a paranoid stoner who gets his ass kicked by his own foot. Or is this some kind of bigger picture story where Jerry is seeking enlightenment perhaps? The same with Ben. Ben doesn’t kiss his beautiful secretary even though he obviously wants to. Is this a changed Ben or a long con? I really have no idea with either Horne brother. Lynch and Frost have taken two of their sleaziest characters from Season 1 and 2 and have us questioning how we feel about them 25 years later. I don’t know how I should feel about either Horne brother, but I do know that it’s some damn fine writing. 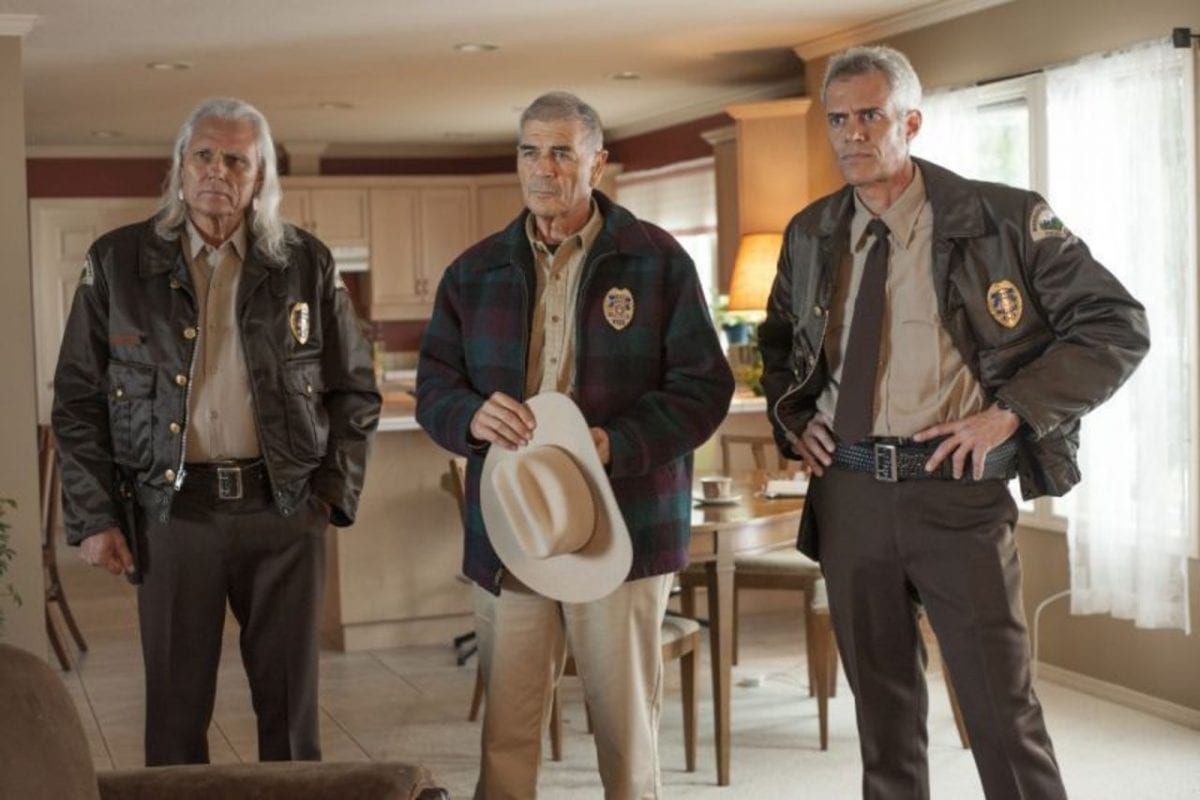 The Twin Peaks police department continues to be one of my favorite parts of most episodes. Frank Truman has been a wonderful addition to the cast. Seeing Hawk have such a large, important role has been one of my favorite parts of The Return. Now seeing Bobby fulfilling his father’s vision of him just caps off this slice of wonderful. The police team visit Mrs Briggs to ask about Major Briggs final visit with Agent Cooper. Betty was waiting for this day to happen—her delivery of the Major’s story of how this day would come was perfect. Seeing Bobby in this role is perfect. I couldn’t be happier with how well they are treating all of these characters—especially Major Briggs.

The information they received after getting put through a few tests only Bobby could pass set up the inevitable discovery of the dossier from Mark Frost’s The Secret History of Twin Peaks. More so, I think it also sets them on a path to the Black Lodge. A path some of our characters not currently residing in Twin Peaks are on as well. I really have no idea how that will all play out, but I have a feeling it will be both wonderful and strange.

Until next time friends…