Welcome back to my weekly column, “The Waiting Room”. Feels good to be back after missing out last week due to a family vacation. In this column’s place last week was my interview with Brad Dukes, which you should check out! Without any further ado, let’s rock! C’mon, you know I had to.

Part 12 is being met with a wide range of reactions. I’ve read a lot of people’s comments on social media that felt it was too slow and that certain parts were hard to get through. I’ve read other comments saying that only the most die-hard Lynch fans will defend Part 12. I’ve heard some say that Lynch and Frost were trolling fans with the reintroduction of fan favorite Audrey Horne and then there are some sticking with the almost cliché at this point response of “It’s an 18-hour film. We just have to be patient”. My response? I really enjoyed Part 12. I am a die-hard Lynch fan, but I’m not an apologist for any of my favorite artists. I don’t think I have to be here though. Perhaps what I’m getting each Sunday isn’t groundbreaking or racing the plot forward. How many Lynch films are doing that in the 2nd act? What I am getting in the 2nd act are moments. Moments were characters get to become truly human and not just plot machines like they are in 99% of films and television these days.

I will take 10 minutes of Gordon Cole and a French woman shamelessly flirting in front of Albert while Albert acts as the audience just wanting them to hurry up any day over CSI: Sheboygan any day of the week. (Side note: Gordon’s companion sure looked a lot like Isabella Rossellini to me. Was that the nod or was it the French’s love of Lynch that was the inside joke?) I am fully aware that a lot of people are Twin Peaks fans and not Lynch aficionados.  There’s nothing wrong with that. I think sitting in act 2 of an 18-hour film it does help to understand Lynch’s pacing though. Lynch, like Frost, is not afraid to sit in the park and allow details to take precedence over action. That’s what a lot of what happened in Part 12 and I was completely ok with it. 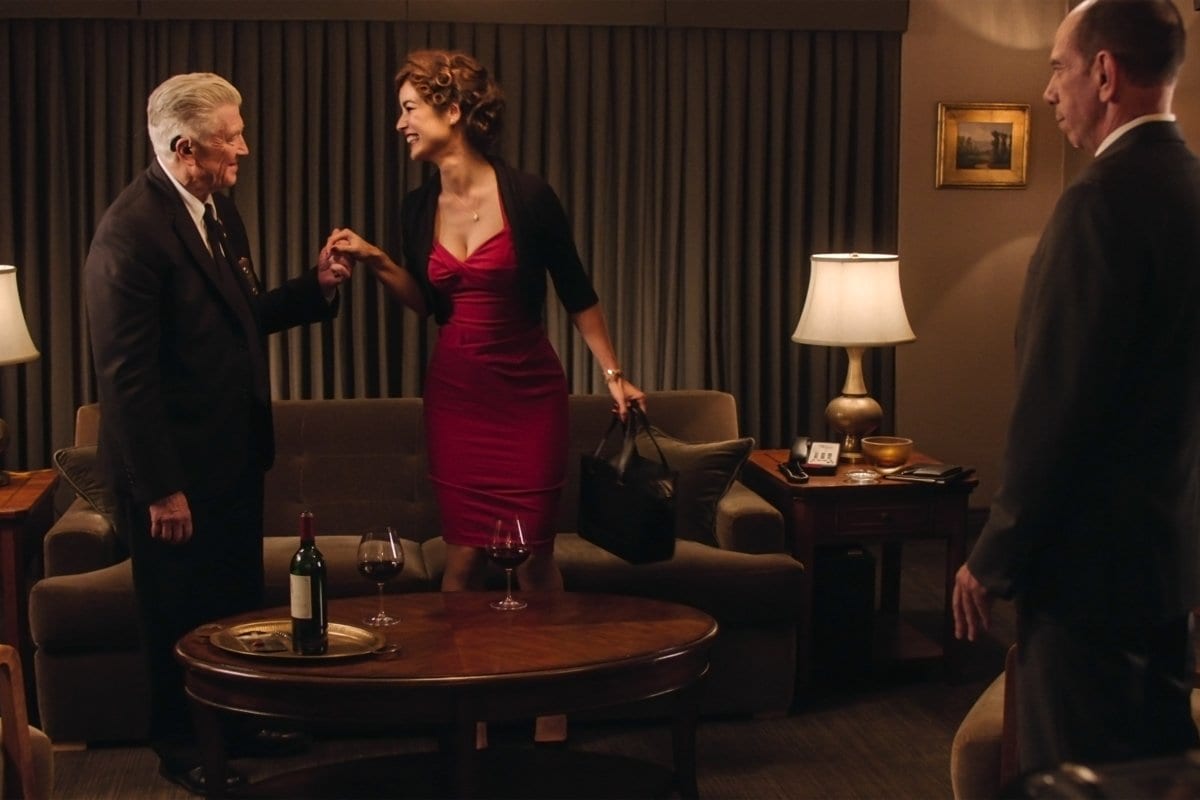 So let’s get the Audrey sized elephant out of the room next. No, I don’t think L&F were trolling us. No, I don’t think it’s some kind of meta “Invitation to Love” reference either. I think it’s actually pretty logical. Yes, Audrey as an 18 year old sought out love. Most 18 year olds do. Let’s not forget where she comes from and who her parents are though. A marriage based on a contract and not love does not seem out of the question for her character. Audrey lashing out at her rather small husband actually seemed pretty fitting as well. Audrey having an affair made me think of her infamous lines about getting what she wants from the original series. This sounds very much like Audrey 25 years later. No, her first scene wasn’t the way a typical television show would have introduced a fan favorite character, but this isn’t normal TV. I do think the several minutes of dialogue exchanged between Audrey and Charlie were very important. The internet is buzzing today about who Billy is and if he’s the same Billy mentioned in a scene at the Double R several weeks ago. Could be. Was Charlie learning about Richard’s crimes when he sat silently on the phone? Perhaps. Do I think Audrey will have a lot more to do moving forward? Yes. Prediction: Richard Horne kills Charlie. Relax Audrey fans. Yes, her introduction was awkward and not glamorous. It doesn’t mean a thing though. 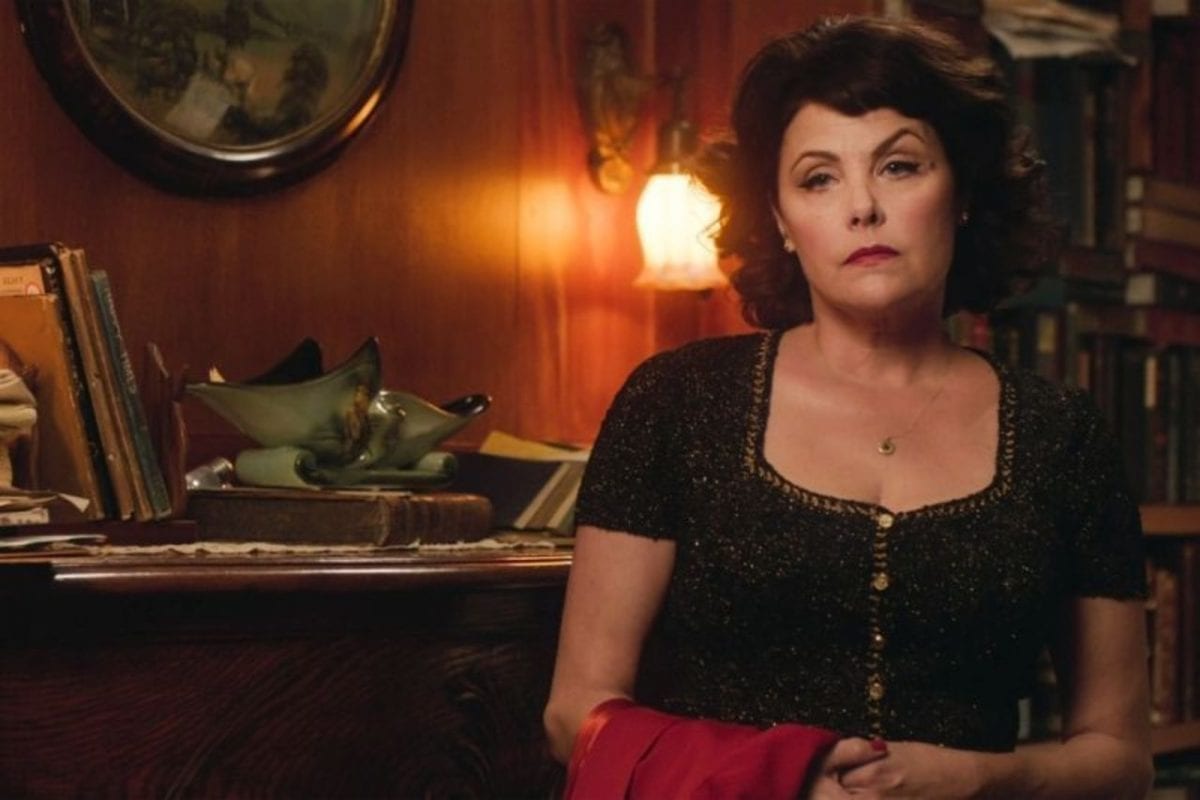 Before we leave the Horne family altogether, I think we got a great glimpse of who Ben really is. Is he a changed man? Sort of. Yes, he agreed to pay Miriam’s bills and did seem somewhat concerned but not concerned enough to remember her last name. When discussing Richard’s lack of a father, Ben became much more interested in discussing fond memories of his father. So yes, Ben is a better human being than he was years ago but he’s no saint. In a show that was always about good vs evil, Ben Horne is a shade of grey. Then there’s Jerry. For weeks it was debated whether Jerry was just that high or if there was more at play. Seeing Jerry this week come out of the woods, it wasn’t played for laughs. It didn’t even feel ambiguous. It felt to me like Jerry had truly escaped something that was testing him and holding him against his will. He seemed free. What exactly was Jerry up against? This has rapidly become one of my favorite parts of the series…Concluding my Horne coverage, the ghost of Richard plagued this week. No, he’s not dead but despite not being seen his presence was everywhere. Richard Horne is not only one of my favorite characters on this series; he’s become one of my favorite villains in anything I’ve seen in a while. He’s not smooth; he’s not a huge jacked up scary type. He’s a loose cannon who might be sloppy but his wild temper and ability to act completely on impulse makes him more terrifying than most — really looking forward to seeing where his character goes from here.

The social commentary returned in full force during the closing scene where two random residents discussed the kind of issues that only plagued Laura Palmer and her crew in year’s past. The show is almost beating us over the head weekly with how much the world has changed and how Twin Peaks is not the town it used to be. Did the negativity of the rest of the world creep in or did the town’s moral fibers cease to exist after the events of the original series? When the Log Lady recently told Hawk that he would need the help of those close to him, I do think that was a call to action for the Bookhouse Boys. I strongly feel that Big Ed, James and even former foe of the Bookhouse Boys Officer Bobby Briggs will be standing side by side in the near future taking on not only the “evil in the woods” but also the moral corruption in town”. On the flipside, we’ve now seen numerous scenes where Carl Rodd is shown being a genuinely good human being. It can’t be ignored that for every act of evil we see or hear about, Lynch and Frost are reminding us that there is still good in the world. 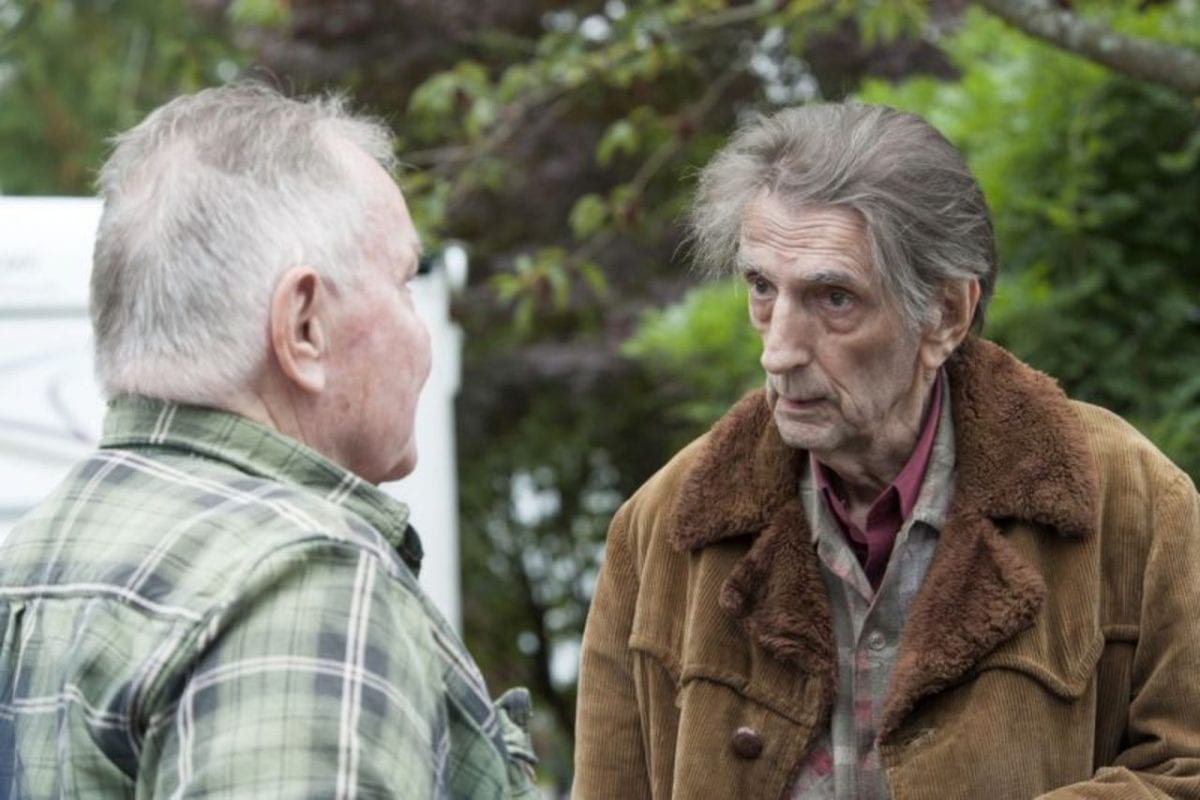 Sarah Palmer’s scenes were widely regarded as favorites this week. I’m personally happy to see Sarah’s role expand as I’m a huge fan of both the character and the actress. I think the million dollar question is what was she hiding from Hawk? Lynch made a point to remind us how horrific that house is. Sarah made a point not to let Hawk in. Could it be that the evil needed a home in Twin Peaks and went after Sarah? Are there Woodsmen or even Bob in the house? I know the popular theory is Laura, but I’m not sold. I think that’s end game material. Laura Palmer coming back to that house in victory makes sense to me. The ceiling fans spells trouble. Poor Sarah. 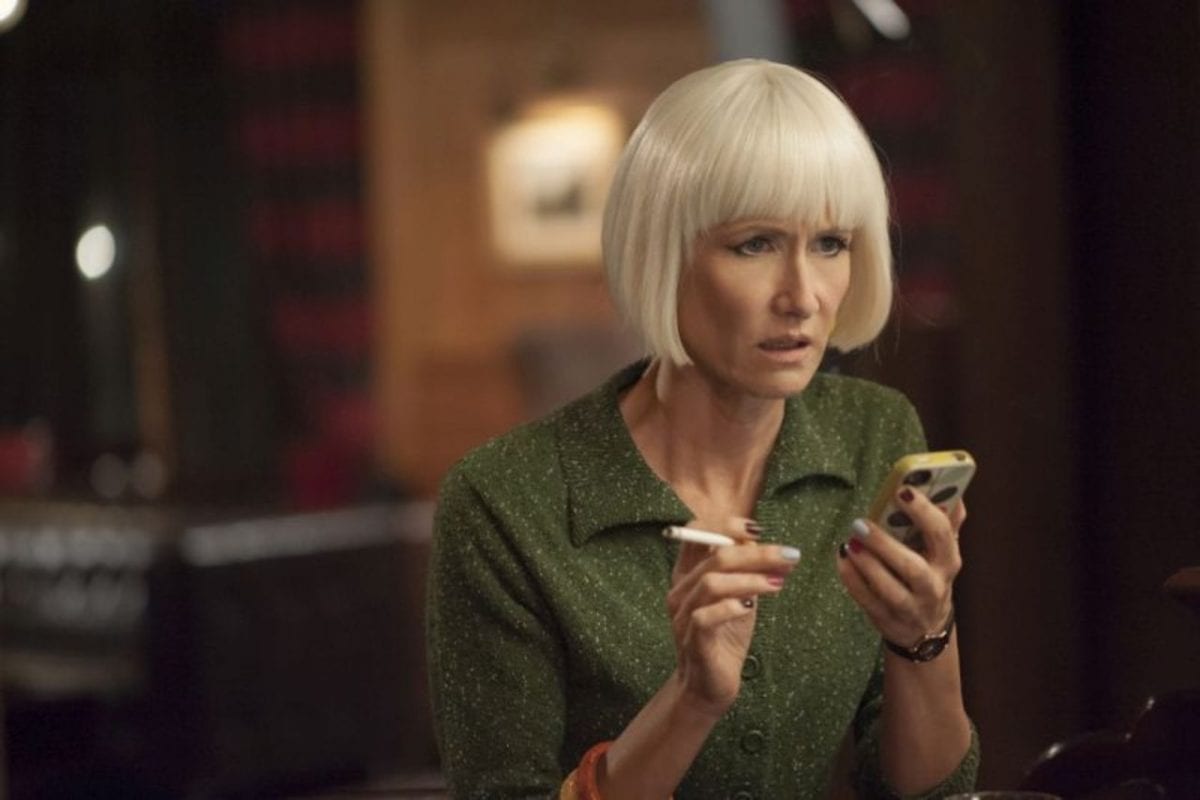 This Wednesday Laura Stewart will be doing more deep dive analysis on all of the scenes involving the FBI (can’t wait for that—The Blue Rose! Chet Desmond!) but I wanted to quickly acknowledge Diane entering the coordinates and the location appearing as Twin Peaks. All roads lead home. What’s going to happen when all of our many plots and locations converge in our small little town? The clock is ticking on The Return. Only a few weeks left to go and to all of my friends who are ready for the action to pick up, the time is rapidly approaching. Until next time, I’ll see you in the trees…