Welcome back to my weekly Monday night column, “The Waiting Room”. Part 14 has come and gone, leaving us with four more hours left in this 18-hour saga. Where has the time gone is a question I ask myself every Sunday, both in terms of the hour and of the limited event series. I really felt that last night perhaps more than any other week. More on those emotions later. As always we’ve got a lot to talk about, including tulpas and the fact that James Hurley has a job. Let’s rock! (That’s three weeks in a row I’ve ended my opening paragraph that way for those keeping score at home).

I hold Twin Peaks to a different standard than I do any other show or film. If any other show introduced a character like Freddie in the third act (or with 4 hours left to go; however you prefer to look at it) who obviously will be playing a role in the end game, I would be cynical. I would ask myself why we didn’t get more than just a quick cameo from that character prior to finding out his ties to the show’s mythology and basically being told, he’s important. I would even be tempted to call it lazy writing. Not here though. I clung to Freddie’s every word as he described his encounter with the man we now know as The Fireman. I patiently listened despite already knowing how his story would end with the man at the shop – Freddie was going to hurt him. When Freddie got to the part of his story where he said he already had a plane ticket to Twin Peaks and didn’t need to purchase one I thought of Mr C and his “murder punch” from last week. The Fireman sent someone to Twin Peaks that can be an equalizer to Mr C. The playing field will be leveled and our heroes will stand a chance. All we’re waiting for now is for all of the players in this final battle to arrive. 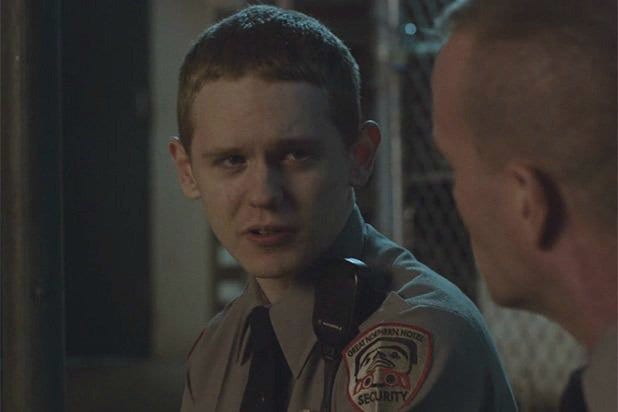 Before we completely change subjects, I have to acknowledge that out of all of the memorable scenes from Part 14; none has impacted me more than James and Freddie sitting outside the Great Northern. When we saw the iconic nighttime shot of the hotel, I was prepared for Ben like most viewers. The realization that James worked for Ben as a security guard painted the picture of the last twenty five years vividly. James never left town, at least for long. James works for Ben, who also loved and lost Laura and perhaps that loss still haunts them like it seems to haunt the town. James is pining after Renee; a married woman meaning that his ‘hopeless romantic yet attracted to a woman he knows he can’t have’ cycle hasn’t broken. You can even go back a week and look at James playing The Roadhouse differently. James was not only making a grand romantic gesture to a woman he can’t have; he was reliving his youth—perhaps the highpoint of his life playing a song he wrote with two women that were chosen to resemble Donna and Maddy. It’s really sad to think about. James, like Shelly, is completely stuck repeating the patterns they established as teenagers. It’s true to life though. We all know people like that. Instead of doing what every other show would have done and given all of the key players from the original show advancements in life with new problems to drive the narrative, Lynch and Frost gave us something much more realistic and much more heartbreaking. 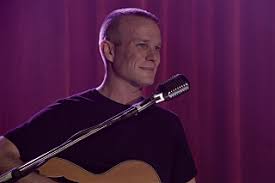 I don’t want to go too deep into the FBI scenes because Laura Stewart will be covering that on Wednesday but Gordon’s dream, what the dream could potentially mean and the flashback (Bowie!) that came afterwards rank highly in terms of my favorite moments of the entire series. I absolutely cannot wait to see how much significance that winds up having. One prediction from Gordon’s call to Vegas: when Gordon said Dougie and Janey-E were wanted in connection of a murder and should be considered armed and dangerous, doesn’t that sound a lot more like the couple that is on their way to pay Dougie a visit? Could Cole just arrange for the next attempt on Dougie’s life to be foiled, this time by the FBI? Just a thought…Oh, and we heard about a tulpa for the first time on a show. 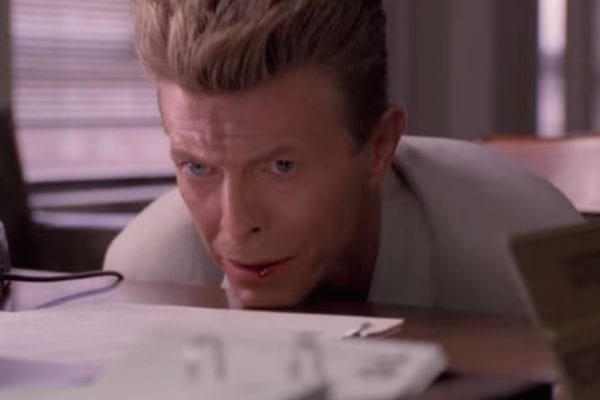 I don’t believe in coincidence, my friends. As a matter of fact, I am convinced we heard Tammy bring up a tulpa to Albert early in the show so when we were all trying to make sense of Sarah Palmer ripping throats later that night; hopefully, we’d look up what a tulpa is. In a show filled with tragic characters, Sarah Palmer is at the top of the list. Drugged by her own husband so he (while under the influence of Bob) could molest their teenage daughter until he eventually murdered her and also their niece. Sarah has spent the past 25 years in solitude; her only companions are her bottles and her Salems. While characters like Shelly and James are stuck in cycles, Sarah is stuck in her misery. Trapped in her pain, her memories, stuck in the house even where so much of that horror happened right under her nose. We know of Sarah’s psychic like abilities. If anyone were to conjure up a phantom-like being through mentally abilities (that’s part of the definition of a tulpa),  it would be Sarah. Could anyone blame her? I know I couldn’t. 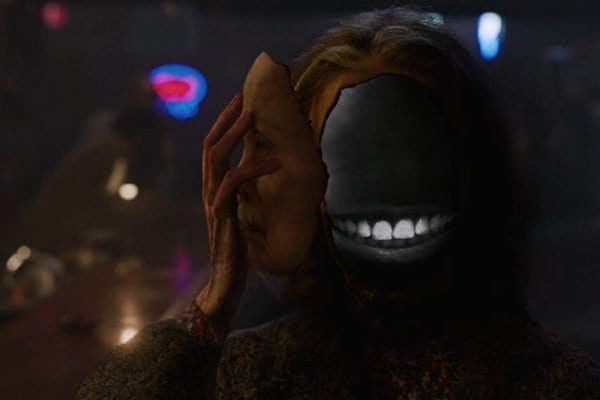 In my weekly shout out to my love of Mark Frost’s social commentary, Andy telling Chad while he was locked up that he gives good cops a bad name was great. For more on Frost’s political and social views, follow him on Twitter. I do. Speaking of Deputy Chad, I really do love him. I know he’s a bad guy, but he’s such a great character. I really hope he gets at least one more scene.

The final scene at The Roadhouse seemed par for the course until names started getting tossed around. Names like Billy and Tina, which trace back to one Ms Audrey Horne. I will freely admit that I have no new theories or thoughts, but the scene made me way more interested in Audrey. Who the hell are all of these people and how is she involved? So much to learn and not enough time… 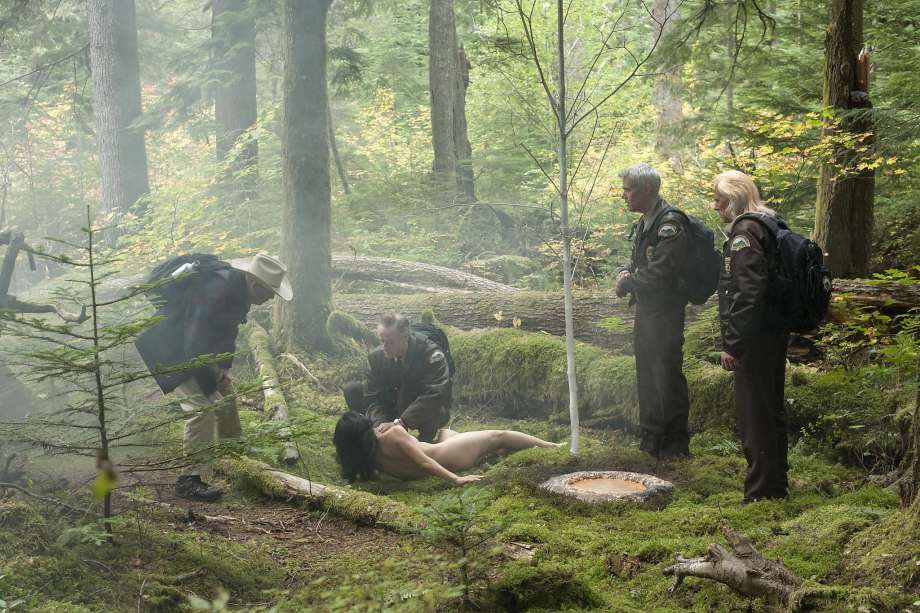 Our Sheriff’s Department had a lot of action last night. First, the scene with Gordon Cole and Lucy just warmed my heart as a long time fan. It was great to see them interact with all of their respective quirks one more time. Cole’s conversation with Frank set the stage for the gang to head back to where it all began, which is exciting. However, the great stuff happened when Frank, Hawk, Bobby and Andy went off to follow the late Major Briggs’ instructions. Bobby took them to the spot and what the found was a body, a live body (Naido from Part 3, where she was in the Purple Room with Cooper) and a pool of liquid much like outside Glastonbury and ultimately, a vortex that took Andy to see the artist formerly known as The Giant, known now as The Fireman. In the same room as the opening to Part 1 with Cooper. Andy was brave and composed as The Fireman provided him with a download of relevant historical information, catching him up to speed on what we saw in Part 8, two Coopers, Laura and the most puzzling part of all was a scene where Andy seemed to be forcing Lucy into a room that appeared to be in the Sheriff’s Department. What does that mean for our dear Lucy? Should we be worried? Why was Andy chosen? As The Fireman said to Freddie when he asked the same question, “Why not?”. I believe it has to do with Andy’s courage. We all know of Lynch’s love of The Wizard of Oz. I can’t think of a more perfect Cowardly Lion than Andy and what better time for the Lion to find his courage? Only four more hours dear readers…….until next time, I’ll see you in the trees…