It’s official! We no longer have to type seven question marks in italics when referring to the character we previously called the Giant (because that’s what Dale Cooper called him!). He has a name, or a title or an occupation? Whichever way, he is officially The Fireman. I never in a million years thought that Harry Goaz and Carel Struycken would ever share the screen on TWIN PEAKS, but expectations are made for breaking, especially when it comes to our beloved show.

It’s been generally accepted that the Giant as we knew him was most likely a ‘good guy’, or even a resident of the White Lodge in relation to the demonic entities of the Black Lodge like BOB and MIKE. All things are relative after all, and it does appear that he is likely a White Lodge entity, though we still have no confirmation of that, only conjecture. Now that we know a bit more about The Fireman, is he still a ‘good guy’? 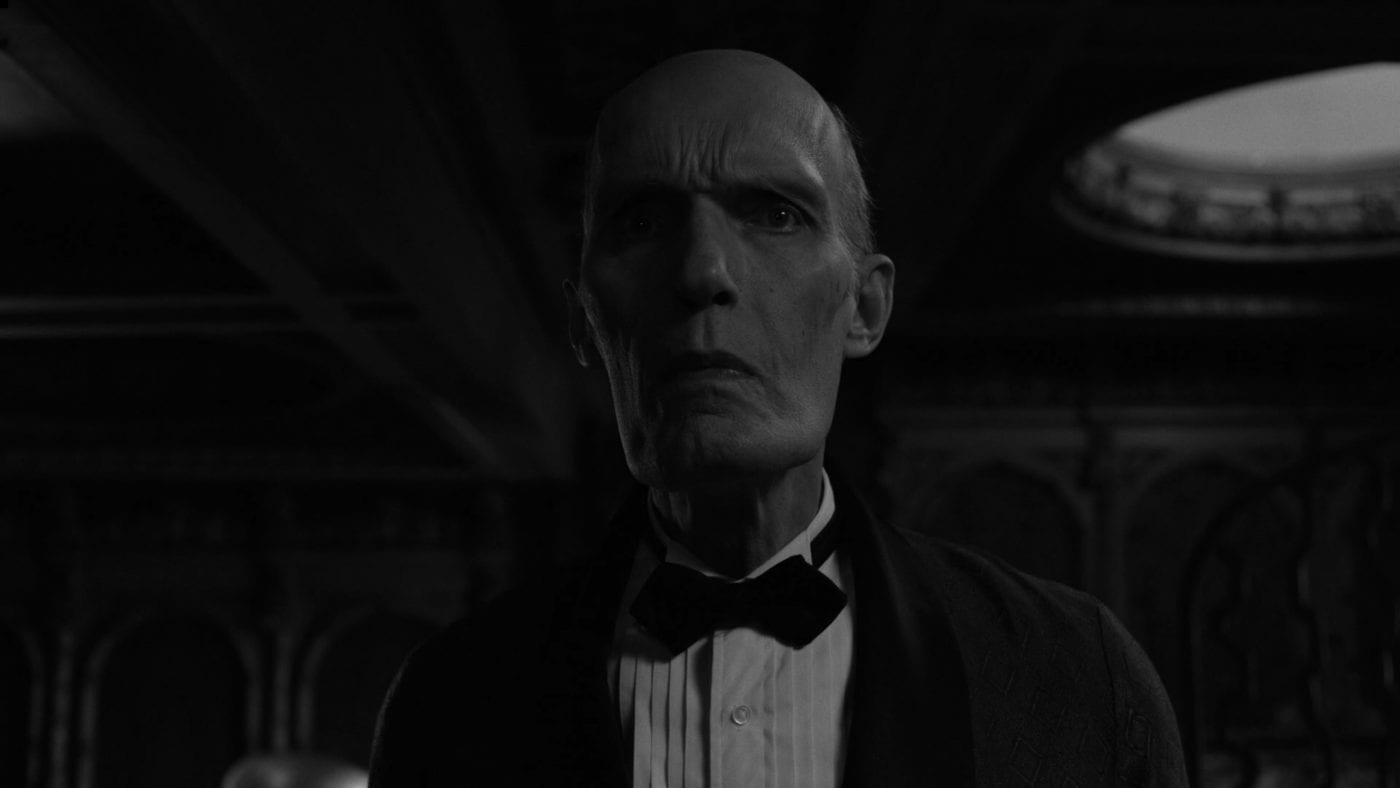 We still don’t really know much about his motivations, or even his goals. When he‘views’ the Trinity project, all the viewer has to go on are his facial expressions. Is he truly saddened by the progressing work on the atomic bomb, or is the emotion displayed there merely an acknowledgement of a development in a plan, whose confines are larger than good and evil? Are the twitches in his brow concern or shrewd attention to detail?

Ultimately, it’s hard to say. It’s likely he’s benevolent. Obviously, he takes action of a sort in response to what he sees, BOB’s insidious smile looking out from the projectile bubble of death shaking minutely on the cinema screen. A contrasting Laura bubble (either new, or original) is birthed like Athena from his skull, all gold and shimmering magic in this alchemic process. Whether or not it’s in retaliation against or to act as complement to the BOB bubble. And if it’s retaliation, who is to say it’s because The Fireman is ultimately good. 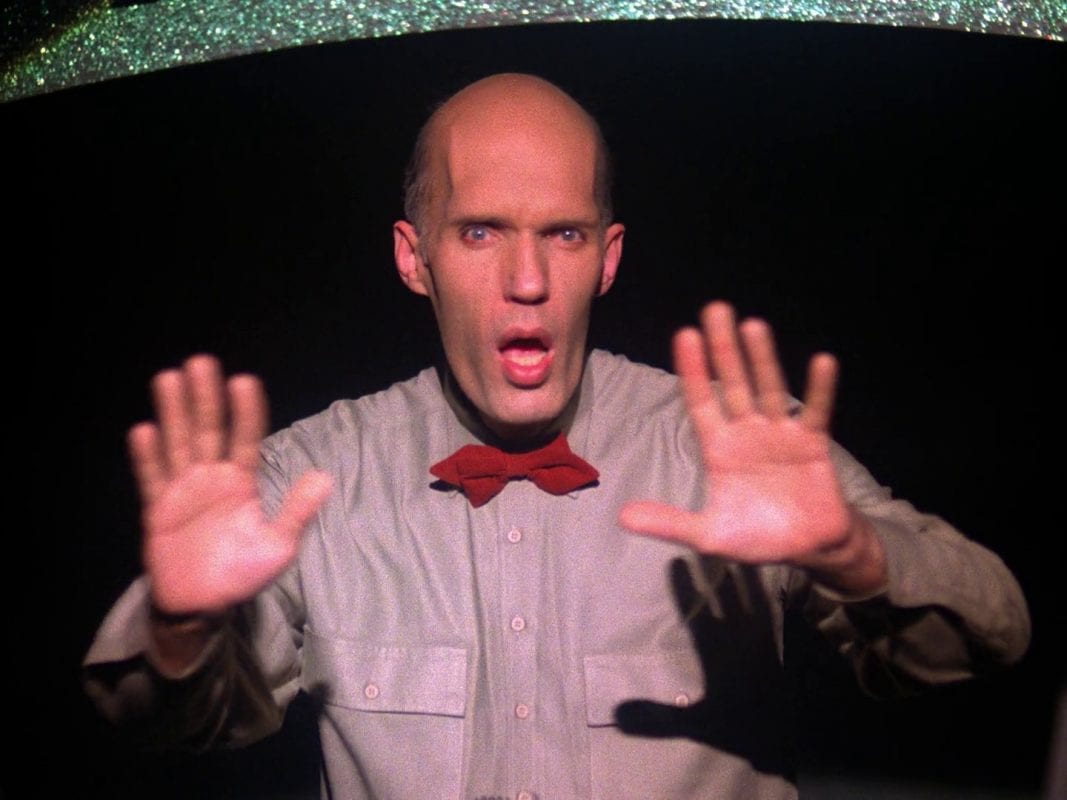 In the original run, he does assist Dale Cooper, though, the extent to which his clues really help is debatable. The only time he seems to truly feel towards a certain action is when he warns Dale against Annie joining the Miss Twin Peaks competition by appearing on the stage at the Roadhouse. Again, whether this feeling is on mankind’s behalf or not cannot be determined.

The key is in his name. The Fireman. Innocuous enough, most think automatically of the person in the fire truck off to fight fires. But, then, why not just call him the Firefighter? Perhaps because he doesn’t really fight fires. In Ray Bradbury’s Fahrenheit 451, there are also Firemen, whose job it is not to put out fires, but to start them. It’s a pointed decision by Frost and Lynch to call him the Fireman, leaving the real meaning behind his name open to interpretation. As we all well know, in the world of TWIN PEAKS, fire and it’s connotations are generally associated with evil. By not titling him “The Firefighter”, Lynch and Frost leave that terrifying suggestion that even the gentle Giant of Dale Cooper’s zany dreams may not be the force of good many were once likely to categorized him as. It would be easy to do so. In a show so mired in it’s equal opposites (the title itself is Twin Peaks, doubles and twinning galore throughout the show, doppelgängers aside), it wouldn’t seem far off the mark to simply associate the White Lodge with benevolence, when we already know that the Black Lodge is malevolence.

But benevolence does not equate goodness.

This particular ambiguity is smart in world which mostly functions on the literal fight between Black and White lodges. Even though we don’t know if The Fireman is morally grey, the suggestion that he is reminds us that nothing in life is as Black and White as it is sometimes made out to be. It would be a mistake to ascribe to him goodness where it does not belong, and to simplify this concept would remove from the fundamental basics of TWIN PEAKS. For, despite the Black and White dynamics of the show, moral grays have always prevailed, whether it be in our desire to understand how much of Leland was molesting Laura, and how much was BOB , or in knowing that Bobby shot a killed a man as a teenager while high, and terrified.

Good people do bad things, and sometimes, benevolent entities do both.

I think we are yet to find out.