The topic is: Was Diane telling the truth about her relationship with Janey-E?

I’m starting to think Diane can’t be trusted. As much as I want to believe the hard-drinkin’, hard-swearin’, reluctant Blue Rose Deputy is on the side of the angels, I can’t help feeling a creeping suspicion that she’s working to banjax the investigation.

Let’s get Scooby-Doo and review the evidence.

Our first clue was the text messages she has been exchanging with Mr. C. Initially, I was keen to believe she was playing him, or working with a hidden third party, but the longer it goes on and the longer she hides it from Cole and the Gang, the more it feels like she’s working with Cooper’s depraved shadow-self and against the feds.

The first messages they shared were cryptic missives about “conversation around the dinner table”. Later, dropping any pretense of a coded language, Diane tipped her accomplice off to the latest events in the FBI investigation – telling him about William Hastings and their planned trip to The Zone. At that stage, Albert revealed to Gordon Cole he had been tapping her phone. He relayed the message to him and the Deputy Director said he had known for some time all was not well with Diane: “I felt it when she hugged me, but this confirms it.” 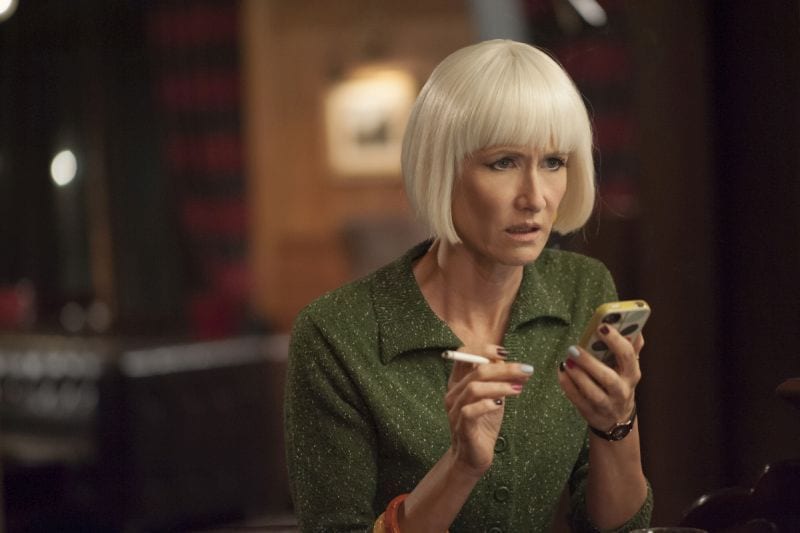 The FBI continued to monitor her communications and picked up another SMS exchange, with Mr. C asking: “Las Vegas?” – to which Diane replied: “They haven’t asked yet.” Given the dark Cooper’s mastery of black magic technology, I believe he knew their messages were being intercepted. Jeepers! On that basis, this question and answer were serving the sole purpose of deceiving the FBI – and represent the start of a campaign to divert the federal investigation over to Las Vegas.

So why would Mr. C want to send Tammy, Cole and Albert there? For the same reason that Old Man Travis didn’t want anyone hanging round the old abandoned fairground of course! He wants to ensure they are not in Twin Peaks when the vital time comes. He doesn’t need them meddling in his plans, whatever they may be. And so Vegas is a perfect diversion.

Mr. C is one step ahead of both the Lodges and the law at all times. He created Dougie Jones to trap the spirit of Cooper when the time came. I’m betting he also knew Dougie’s ring would end up in Major Briggs’ stomach, and that this clue would eventually come up on the authorities’ radar. He has played it to perfection and turned these events, which could have thrown a spanner in his dark works, to his advantage.

Which leads us to Diane’s latest, terribly convenient, revelation – that Janey-E Jones is her estranged half-sister, who just happens to be married to a man named Dougie.

And jinkies, guess what? They are already falling for it. Cole has alerted the Vegas Bureau that Dougie and Janey-E are suspects in a double-murder and should be considered armed and dangerous. This is the ultimate wild goose chase. I can’t think of anyone less dangerous than Dougie-Cooper. 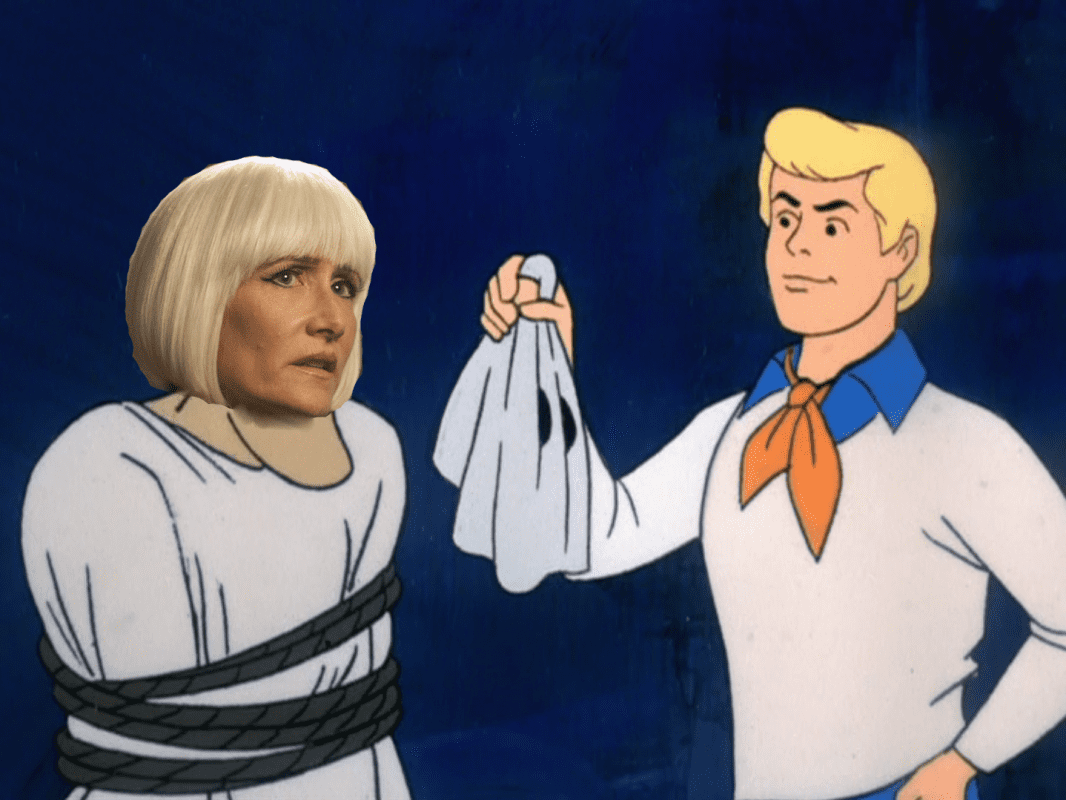 If Diane is in deep with Mr. C, which she obviously is, then we can’t take her word for it. She is merely helping to muddy the waters, offering the FBI the reddest of herrings.

When they get to Vegas, Diane and Mr. C know the Blue Rose Task Force will inevitably recognize Cooper and become embroiled in an even deeper diversion, throwing them further off the scent and probably landing our lovable, vacant Dougie-Coop in custody. All of this plays to Mr. C’s advantage. He needs to get to his coordinates, which indicate a location somewhere near Twin Peaks, without any interference from the feds, his ‘better half’ or any other damn meddling kids.

So, will the Blue Rose squad fall for it? Or will events in Buckhorn mirror Deputy Chad’s unmasking and detention – with Diane revealed as the traitor we know she is? Tune in next week, for the next thrilling installment of Scooby Doo’s Creeps, Freaks and Peaks.

I – like Mat – can’t help but think that Diane is always up to something. I’m fairly certain most people are agreed she’s sketchy, if only because Gordon thinks she is. But her portion of Part 14 this week was just plain weird. I had long wondered how Dougie’s wedding ring would eventually come into play, but this was the thing I least expected, by far. So while I think she’s generally either lying or twisting the truth to her own – and DoppelCooper’s benefit, in this at least, I thought she seemed genuine. 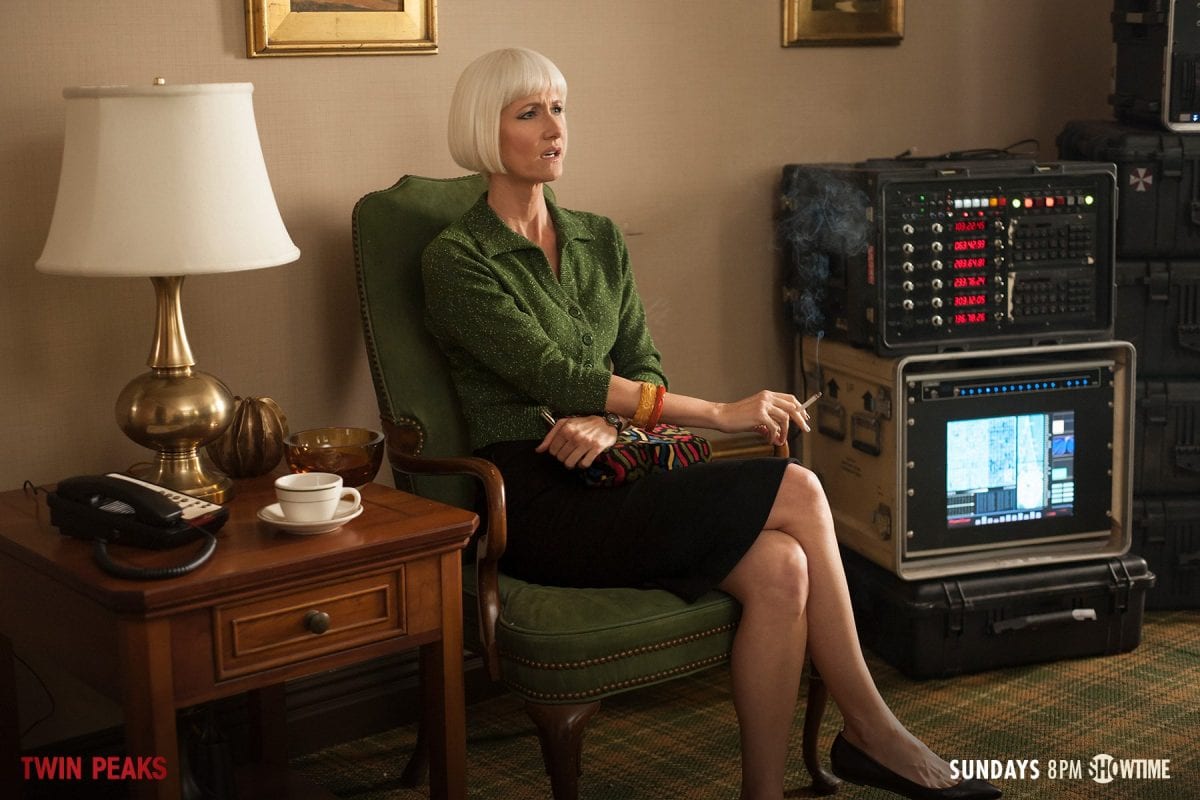 My first tip off? Diane was wearing green. The exact same green, by the way, as the chair behind her. As previously established we know that green is a safe colour, as opposed to red. Diane, of all characters is colour coded. She’s often wearing reds, blacks and whites (even her nails follow this colour scheme on occasion), but she also wears yellows and greens (kind of like a stoplight…Sparkwood and 21 anyone?). But because she’s wearing green in this scene, I think we are being subliminally alerted to her position in this matter.

There are times when Diane’s facial expressions and movements give her away as insincere, or shifty. This is one of the few times when I felt like she wasn’t totally withholding. She looked sincerely surprised to hear Janey-E mentioned. The only piece of real evidence against this is that, when she says “We’re estranged,” she looks away. Now, it could be that she’s told a lie, or a half truth. Diane doesn’t seem the type to embarrassed by such a confession, but it could be that they were estranged for an extremely serious reason, and doesn’t feel comfortable even thinking about it. There are any number of equally possible reasons. But, considering that she follows it was the same typical bluntness as she says pretty much everything else when she utters “I hate her,” I’m inclined to think that she’s either reminiscing or just feeling a strong emotion in the moment.

Now, Mat feels that Diane is misdirecting the FBI towards Las Vegas, but, I feel like this is a necessary step. Somehow, someway, Dale needs absolutely to reconnect with the rest of the plot and if this isn’t a step towards that then I’ll eat my hat. What I don’t understand about how they chose to go forward was the decision to omit Janey-E’s name! Strange, considering that Douglas Jones is a common enough name (23 of them) you’d think people like Gordon and Albert and Tammy would think to mention that this Mrs. Douglas Jones is name Jane Jones nee Evans.

And Diane doesn’t say a word. However, her facial expressions (again, some of the most sincere I think I’ve seen on her to date) looks concerned by what’s happening. From my own personal experience, in order to hate someone, truly and viscerally, you probably loved them first (this is not always the case, just a generalization). The information Diane has just imparted will have far reaching consequences on a member of her family, even if said member is someone she supposedly hates.

Now, I have to be up front. I believed her story to Gordon about the night she same 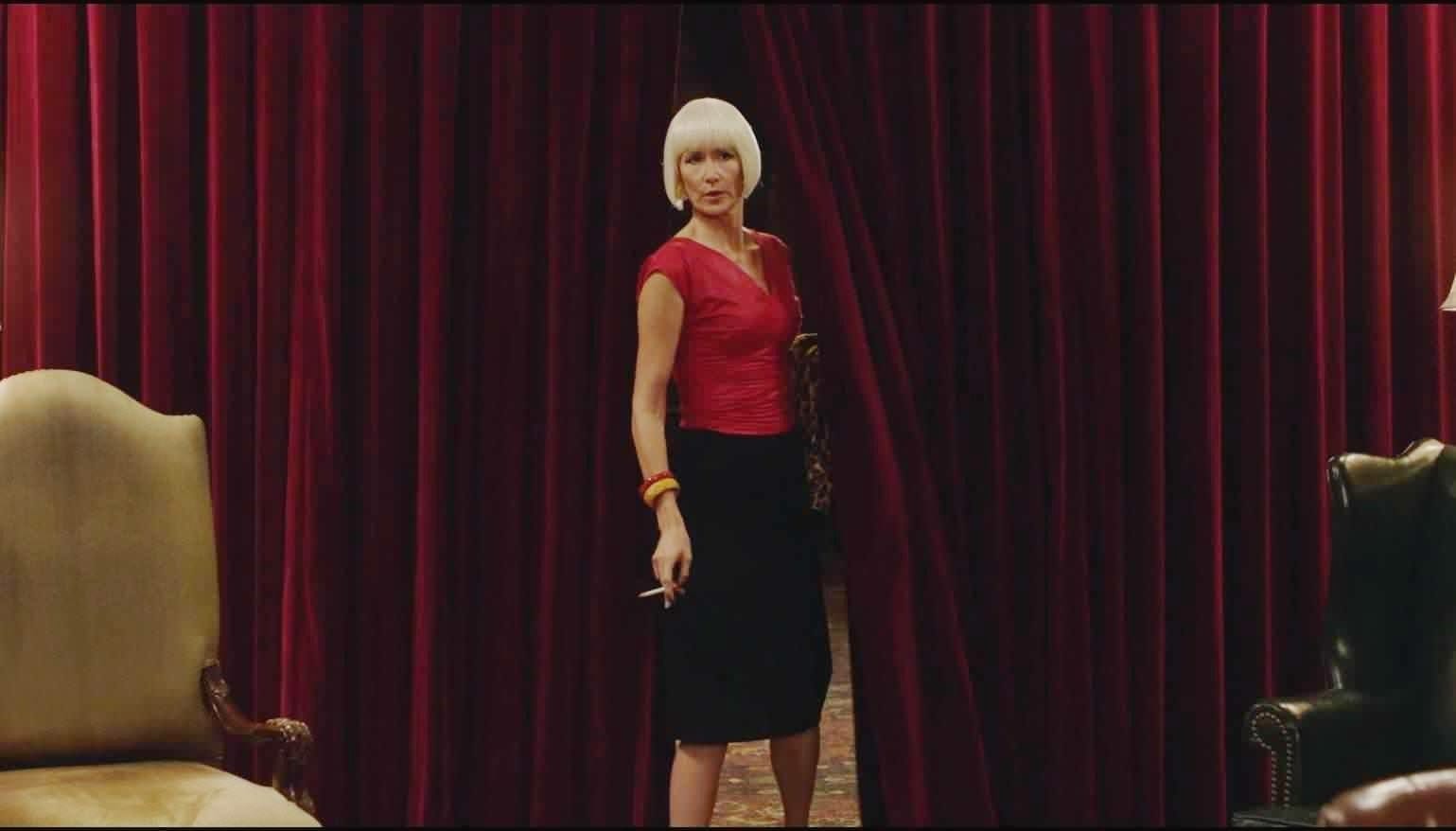 Cooper. And, in many respects, I’m still inclined to believe that whatever it was that happened to her was atrocious, despite the fact that for some reason she appears to be working for/with him. We know that Diane can be a good actress, if in fact that was entirely a ploy to gain Gordon’s confidence, but the natural way in which she stumbled over words before leaving, hesitantly, was pretty damn good. And sure, it’s a bit sketchy that she’s never, ever seen a picture of Dougie, but, this is the same woman who consistently replies to innocent queries with ‘fuck you  –insert name here–’, so I imagine that if Diane wanted someone out of her life, they’d be eradicated completely from the face of her personal earth.

So, if colours really do mean something, human nature works on the indomitable Diane, and the Las Vegas office really are unable to find Dale due to the information they’ve been given, what detriment does it really have on them, if her goal all along was to distract them? The Las Vegas office will go after ‘Douglas Jones and Wife’ while Gordon and Co of the Blue Rose task force will just keep at it. Unless, of course the real ploy is for them to not find the real Dale. But there’s no way Diane could have known that they wouldn’t give Janey-E’s name.

Diane remains as inscrutable a character as ever, but on this count – whether she lied about Janey-E or not – I firmly believe she falls into the innocent until proven guilty category.