One character from The Return I would love to find out more about is Red.

For someone with very little screen time, he didn’t exactly go unnoticed, mainly because his scenes were so well-placed and so well done (and partly, I’m sure, because he’s Balthazar Getty).

Red is only in 3 scenes out of the whole 18 hours, a character that was set up so strongly right from the start, and then barely heard from again.

First we see him in the Roadhouse, gunning for Shelley from across the room. I got the idea back then that he was a secret fling, set apart from her friend group. We didn’t know then if she was still with Bobby. 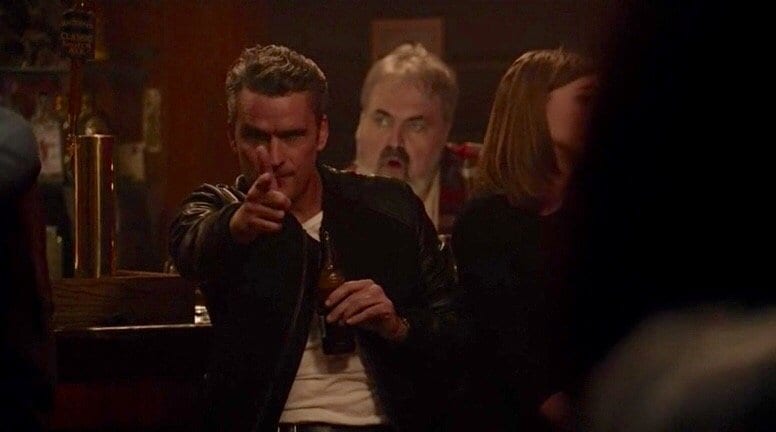 The next scene with Richard is beautifully done. I remember feeling really nervous throughout. I love characters that are unpredictable and extreme, and both of these felt that way. That scene could have gone anywhere. I love Red’s backdrop of a smashed up wall, as if a few people had been lined up against it in the past.

Thirdly is his scene with Shelley outside the diner. A lot of fans were angry that Shelley had hooked up with yet another drug dealer, but the amateur detective in me doesn’t like to jump to conclusions without actual evidence. It looked like something else to me. 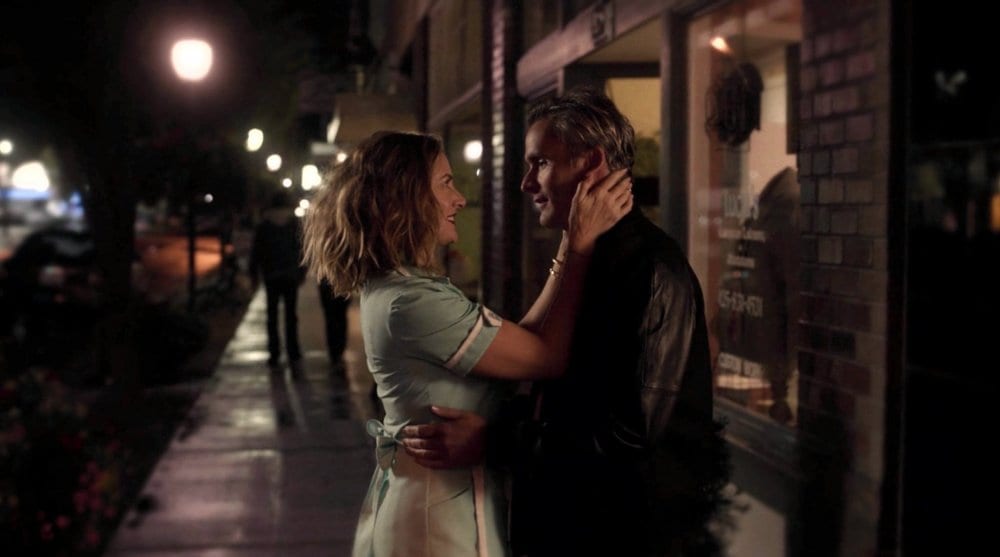 The main theories abounding are that he is the Tremond grandson, mostly because of the magician angle. That’s not something I buy into. Pierre Tremond was otherwordly, or all-wordly. The grandmother and grandson appear to be messengers of sorts, making sure everyone is where they need to be.

Red appears to be just a man. The apparent magic trick could be just a trick, or could simply be a hallucination on Richard’s behalf once the drug kicked in. I tend to think it’s the latter.

Personally, I think that Red is working for the Twin Peaks authorities.

The weird stampy thing was maybe just a strange intimidation tactic, or he could have been recording the conversation and something wasn’t working and he had to readjust. He does fidget a bit down there, and it’s nowhere near his liver.

He is setting up a relationship with Richard, who is working with Chad, and for someone who is supposed to be new to town, he has enough information to make Richard suspicious.

And though I’m sure being in a blossoming relationship with Shelley is not the worst thing in the world, he could be using her to keep an eye on Becky and Stephen. Also, it isn’t unimaginable that with the whole town knowing Bobby’s history, the Sheriff’s Department didn’t want to rule him out as the possible drug runner. After all, he had a big part in setting up the whole operation a quarter of a century earlier.

So, although Red seems to be a colourful Twin Peaks villain, I see him more as a brightly-drawn role acted out by an undercover agent.

Either way, he was established beautifully, and is a great new character that really could have gone anywhere. It seems a shame to just have to let him go off into the ether from which he came without knowing so much more.