Yes, yes I know, it’s an 18 hour movie. But over the Summer and certainly over the last few weeks I have heard the phrase, “It’s more than a TV show to me” time and time again, and I certainly agree – but what makes it so?

I found myself with a little time on my hands so have spent the last week or so scouring the world of Twin Peaks on the internet, voyeuristically watching the effect the ending of Series 3 has had on people.

The week leading up to the finale was a strangely emotional event for many fans. Some just weren’t ready for it to end. That’s not surprising of course as this was a limited series we don’t know if we will ever get to go back to Twin Peaks again, so saying goodbye is tough. I felt it too. That Sunday for me was like preparing for a funeral. I know this sounds absolutely absurd to most people, but I genuinely cried on and off all day. It wasn’t out of sadness and it wasn’t just about the show ending, it was the possibility that everything else that came with it might disappear too.   This Summer has been like no other, it stoked a flame inside me that I thought had long fizzled out. It’s given me a lust for life, made me feel 20 years younger and inspired me to write, a dream I have had for as long as I can remember. 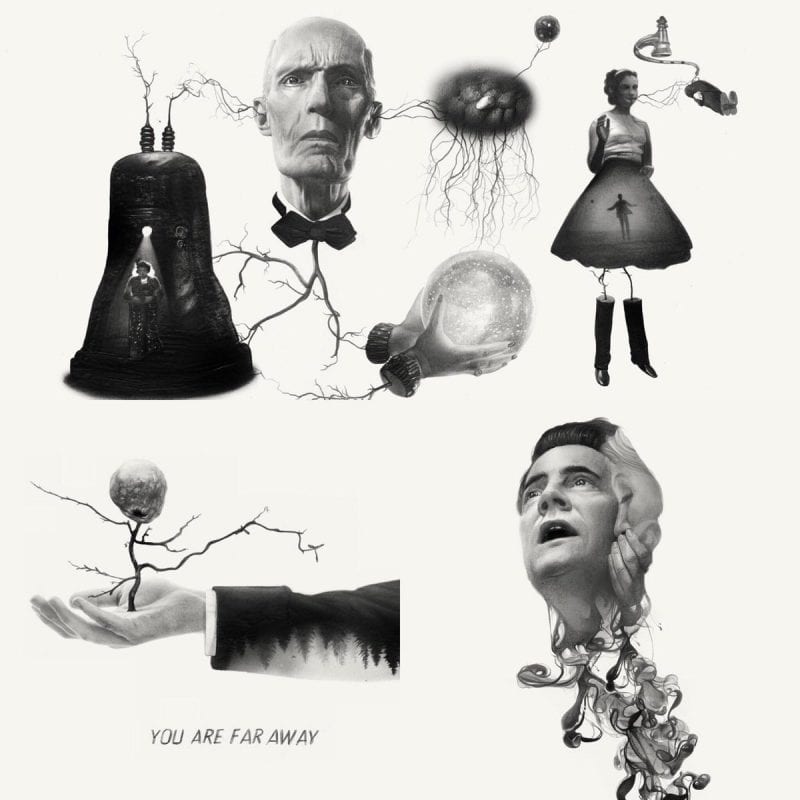 Twin Peaks has longevity unlike any other show. It was kept alive by fans, most notably John Thorne and Craig Miller creators of the wonderful ‘Wrapped in Plastic‘ magazine, who for years and years after it ended kept writing about Twin Peaks. They and other dedicated fans pretty much brought it back for Series 3 it was so beloved.  That was a seriously tough feat to achieve!  This time things are different, it is easy for us to show our love and appreciation for the show to its creators. Whilst there was internet back in the 90’s it was nothing like the social scene it is now.

There are literally hundreds of Facebook groups dedicated to the show, some for serious discussion on theories and analysis and others absolutely ridiculous, almost entirely dedicated to memes but with tens of thousands of contributors.   There is a group for every fan base around the world, a group for feminists and one for the LGBTQ community. There’s a place where singles (or not quite monogamous) Twin Peaks fans can potentially meet ‘The One’ by joining, ‘Invitation to Love‘. There’s even a Twin Peaks CatPosting group for those cats that look like your favourite character or share their name.  I myself am a proud member of ‘The Woolhouse Boys’, a group almost entirely dedicated to John Justice Wheelers incredible stripey, tucked-in jumper.

Once upon a time, in 1990, Twin Peaks was very popular but it faded from the minds of most ‘ordinary folk’, leaving just a cult following to keep the fires burning. Fans were hard-pressed then to find anyone they knew in real life to share the joy, and if they found them they held onto them for dear life.  Now the internet in all its glory has created a massive family of Twin Peaks fans, and it genuinely does feel like a family. They don’t all get on all of the time, in fact they bicker quite a bit, certainly do not agree on everything.  But, and this is a huge but, it’s probably one of the most respectful and open-minded communities I have come across. Theories are just that, no-one will ever really know what Lynch really thinks and fans are on the whole very open to hearing new ideas and are pretty polite to even the most ‘out there’ imaginations.  Who could be more out there than Lynch himself anyway? 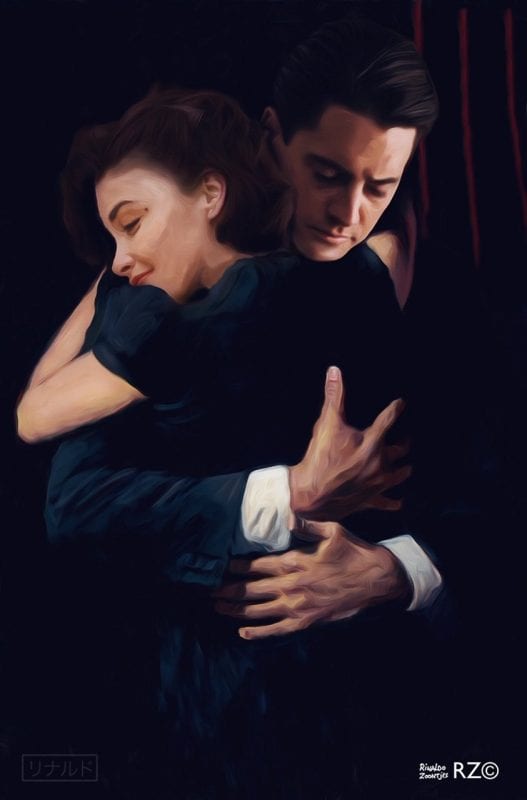 True friendships have been forged because of this TV show. People have found like-minded souls that they treasure and will hold on to forever. They may live on the other side of the world, come from completely different backgrounds, ethnicities, religion and have wildly different political views but it doesn’t matter—it’s rarely even considered. There is just one mutual love which due to its complexity will bring with it a lifetimes worth of conversation.

I have watched romances blossom this Summer that have made my heart soar. It has opened the door to people who would never have found each other were it not for Twin Peaks. That is real magic right there. My husband would probably disagree, he thinks it’s a curse—he became a Twin Peaks widow this Summer god bless him.

Of course, lots of TV shows are talked about, but Twin Peaks is unique in the fact that it is still being talked about 25 years later, I mean we STILL don’t know who put that bloody fish in the percolator. The mystery makes us work very, very hard. It expands our minds and we need to talk to other people about it. Sometimes I fall so deep into the rabbit hole I realise I’ve been A.W.O.L, for hours, chatting and debunking theories on Twitter with friends without even noticing the clock spinning into the early hours. It’s a joy unlike any other when you meet a mind that sees what you see, and together you think you may have cracked even just a tiny piece of the puzzle. It has perhaps given me more of an education than my school years did, I have researched so much trying to understand what I have seen—that’s Frost’s genius right there.  A puzzle it is, a never-ending and unsolvable puzzle and that’s just the way we like it, we don’t want to know all the answers, where would be the fun in that? 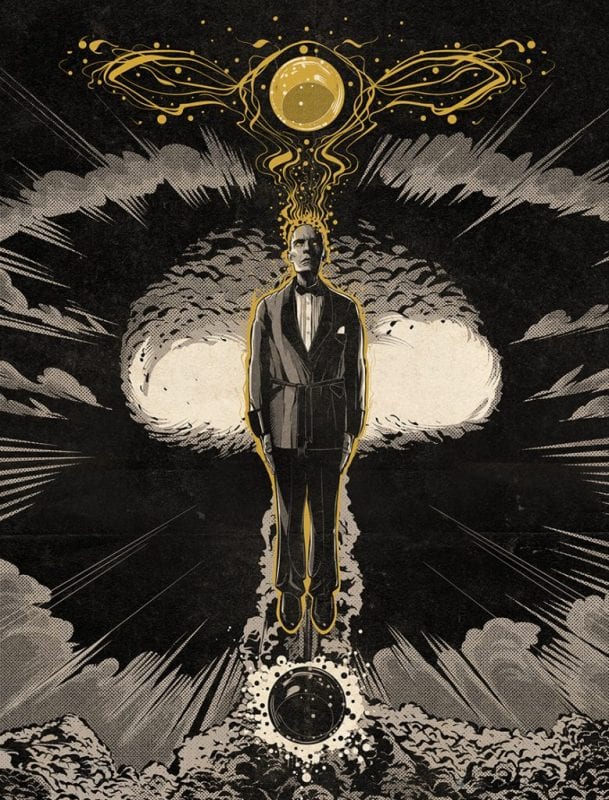 And there’s always music in the air. Angelo Badalamenti’s score has always been perfect, a tune for every occasion, so uniquely Twin Peaks that you remember the scene upon hearing one note. The Return’s soundtrack has been different, the Roadhouse bands have brought a new lease of life to the show. Not every artist has been everyone’s cup of tea but there is literally something in there for everyone’s taste.  I doubt many people will forget hearing Chromatics ‘Shadow‘ for the first time when they were reunited with their old friends Shelly and James Hurley. When I watched it I burst into tears and I certainly wasn’t the only one. Then THE Nine Inch Nails, ‘She’s Gone’ accompanied Part 8, fittingly dark and ominous – you can’t hear that song without envisioning a head being crushed. ‘No Stars’ by Rebekah Del Rio broke our hearts and perhaps prepared us for an unhappy ending. It’s not just the music in the show either. Twin Peaks has inspired musicians to make their own sounds that would fit perfectly in any world created by David Lynch.

Twin Peaks fans are certainly a talented bunch – some of the visual art created is truly mind-blowing. Artists such as Greg Ruth, Christiano Siqueira, Rinaldo Zoontjes and Blake Morrow have produced such incredible pieces that they are almost as famous as the actors in the show. It is easy to be inspired by Twin Peaks, of course, there is such a wealth of visual style and icon to use but nevertheless they have a vision like no other.  Then there’s the filmmakers, the brilliant writers and authors of fanzines, books, and blogs. The podcasters, YouTubers. The Etsy store holders selling jewellery, beautiful wooden carvings, clothing and trinkets all dedicated to the show. I have seen the most precious dolls made by Milly Moo and an intricately carved Ouija board that I would love to get my hands on (but maybe not play with). 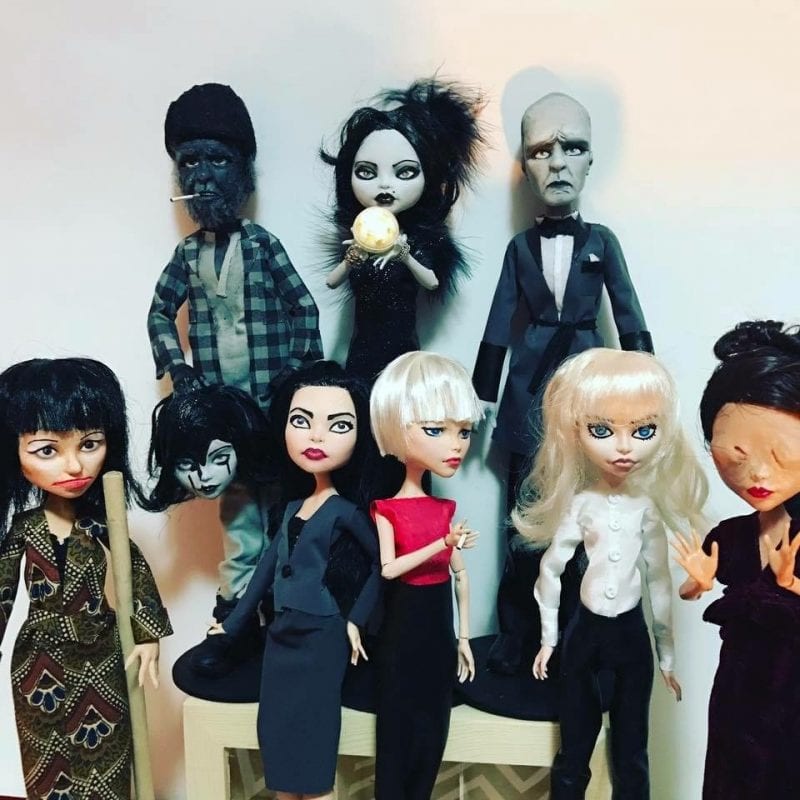 Twin Peaks really does have everything! And that’s just the surface stuff. The story itself has helped so many people get through trauma in their own lives. There is at least one character that everyone can relate to in some way or another. None more so than Laura Palmer.  Fire Walk With Me infamously helped so many people who had faced similar trauma. Whilst Laura’s life ended tragically, her strength inspired many people to carry on living.  That’s pretty spectacular for a TV show/movie. Whilst I am fortunate enough not to have suffered a fate similar to Laura Palmer, my dearly departed best friend did and without Twin Peaks/FWWM I’m not sure I would ever have gotten over her death. Every single one of us has a personal reason why the show means so much to them, and it’s also why we all find magic in each other. 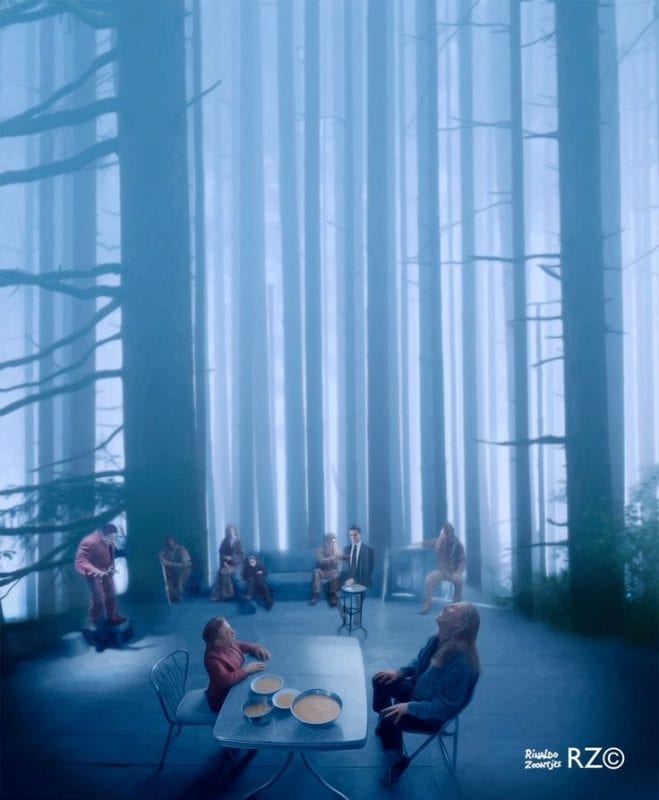 “And They Sat Quietly For Hours” – Rinaldo Zoontjes

Many of us feel a certain kind of loss now that the Series is over. There is a hole in our hearts where Twin Peaks one was. The only thing I’m not missing is the very late night/early mornings—the joy of being a UK viewer. I am grateful for the rest and so is my mind.  Of course we want more because nothing else makes us feel all these different emotions all at once. Every one of our senses is enlightened by its visuals, the sounds, the story, the warmth, the fear, the enigma. Whilst Twin Peaks can be shocking and upsetting at times, on the whole, it is a fantasy—a step away from the mundanity or stresses of everyday life, a place to escape to, somewhere your mind can drift. I have no doubt at all that the fans will keep the flame burning brightly and will do whatever they can to show their appreciation, if there is a possibility at all of another Series or a movie in the future.  There is hope in our hearts because we feel like we have only just touched the surface of this story. Our hero returned but he hasn’t completed his mission until he does we will be right there beside him. If we don’t get to see it for ourselves on screen we are at least fortunate to have each other, and the vision of brilliant, creative fans who will bring our dreams to life. 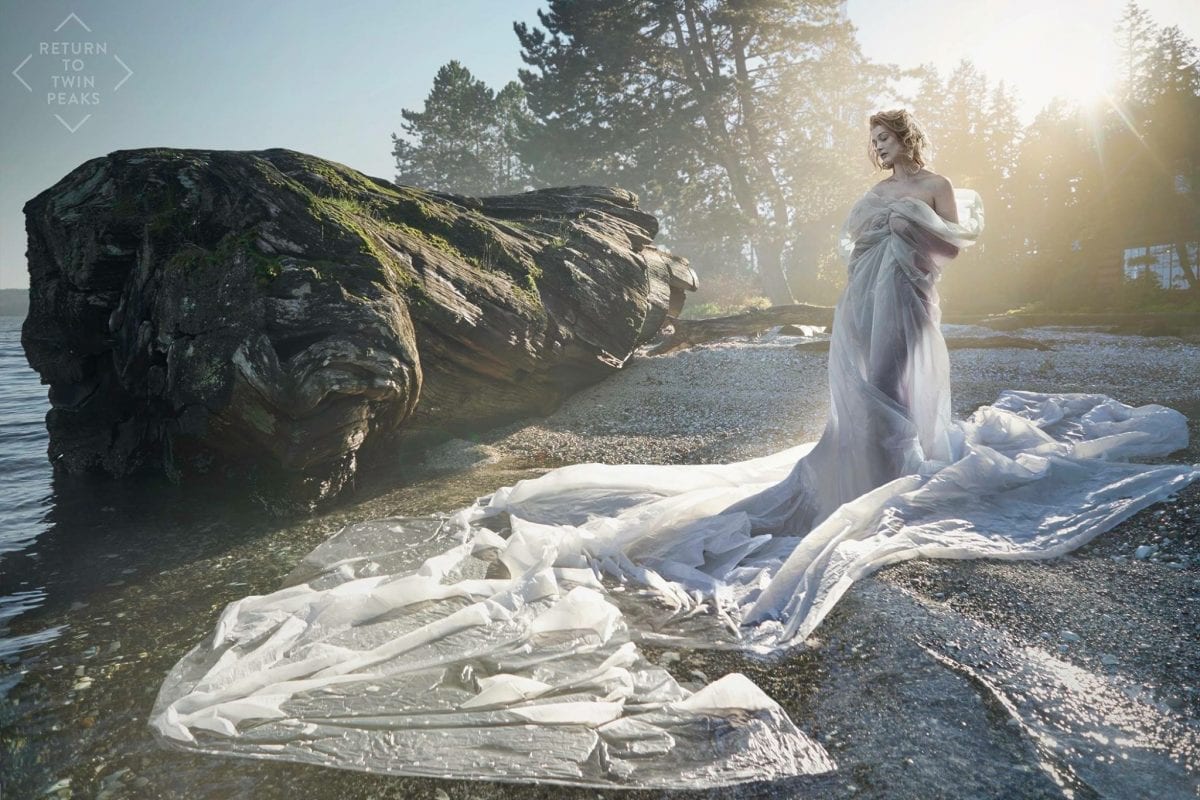