Since there are no more new Twin Peaks episodes to look forward to on Sundays, I’ve been going back and watching Season 1 again, with fresh new eyes.  Hearing Laura Palmer’s Theme gets me every time.  Seeing the mill, the waterfall, and the Douglas firs brings back such a sense of nostalgia.  Knowing everything as it has happened already, I have been viewing it this time from a completely different point of view; thanks to FWWM, The Secret History of Twin Peaks, and Twin Peaks: The Return (or Season 3 as Lynch has been calling it). Although nothing can beat the wistful feeling I get when seeing a certain two characters grace my television screen together; the dynamic duo of Special Agent Dale Cooper and Sheriff Harry S. Truman.

Coop and Truman gave us so much to enjoy from their relationship.  The chemistry between these two men must have started between the two actors themselves, Kyle MacLachlan and Michael Ontkean.  In fact, in a Facebook Q & A back in July, my question was answered by Kyle and his answer included that he loved working with Michael “a real pleasure” and really enjoyed his time during those first seasons.  This completely translated to the screen, and their show of genuine respect and friendship for each other is what makes these two characters some of the most beloved of the whole show.

From the minute Dale Cooper enters Twin Peaks, Sheriff Truman treats him as if he has known him forever.  When I first watched the series, I just thought it was that Pacific Northwest hospitality.  Knowing what we know of Season 3, and now re-watching these first season episodes, it almost seems as Cooper was meant to be a fixture in Twin Peaks, predestined if you will, and that Harry may sense a familiarity which he trusts from their very first meeting.  They both have an ease with one another.  The first thing they notice about each other is they are extremely gifted lawmen, yet they also have an extreme sense of empathy for people.  Empathy is a gift.  Not all people have the sense of empathy that Cooper and Truman possess.  I believe this is why watching them together felt like they have always been a team.  It is also why I think Harry felt comfortable enough to bring Cooper in as a Bookhouse Boy after only knowing him a very short time.  Ed even says, “Harry, careful who you trust. He’s just not one of us”, but Harry knows that Cooper is someone they can trust.  Cooper has already shown Harry that by backing him instead of Albert for the release of Laura’s body for her funeral, and the ‘brotherly’ type way Cooper has treated Harry since meeting him.

There are many ‘brotherly’ type relationships in Twin Peaks.  We have the Horne Brothers and the Renault Brothers in Season 1 and 2.  In Season 3, we still have the Hornes, but we’re joined by the Mitchum Brothers, and the trio of Fusco Brother Detectives.  If you ask me what the most brotherly type relationship is, I would say the Bookhouse Boys, with Cooper and Truman leading.  Hawk and Big Ed fit the bill as well, but with Cooper and Harry being the most like brothers.  They looked out for each other.  When Cooper was suspended while being investigated by the FBI, Harry deputized him and kept him in the field.  “Agent Cooper is the finest lawman I’ve ever known. I’ve had nothing but respect for him since he arrived in Twin Peaks.” Which was the absolute truth, Harry felt a comradery, a kindred nature between himself and Cooper.  This also shows when Josie dies and Harry goes into his deep, dark depression.  Cooper is the only one to get through to Harry.  He says things Harry does not want to hear, but needs to.  He is that best friend that even though something they say may hurt you, it is to make you realize what you need to know, what you need to hear, what you need to heal.  It goes back to the common gift both Cooper and Harry hold, empathy.

I would be remiss to say that I was very disappointed that Harry did not appear onscreen in the Return.  Sure he was mentioned, and talked about, even on phone calls by his brother, Frank (played by the wonderful Robert Forster), but I would have loved to see the relationship between Cooper and Harry after not seeing each other for twenty five years.  Alas, this was a different Twin Peaks that we were given to view and be a part of.  As much as I loved every minute of it, I still longed for some Cooper and Harry stakeouts.  It would have been great to see them investigate the new designer drug that hit Twin Peaks, perhaps a take down of Red, or a Bookhouse Boys mission with Hawk and maybe Bobby (I am convinced he is now a Bookhouse Boy).  We did get an acknowledgment from Cooper in Part 17, “Frank, give my regards to Harry”, but part of my heart was holding onto the idea that instead of Diane waiting for Coop outside Glastonbury Grove, Harry would be waiting there for him. Though if he was the one waiting for Cooper, what Twin Peaks would exist?  In another reality or timeline, maybe that was the ending and the dynamic duo would have met outside the sycamores, and then went to the Double R for a slice of cherry pie and a damn fine cup of coffee.  Just remember, this is Twin Peaks.  Anything could happen. 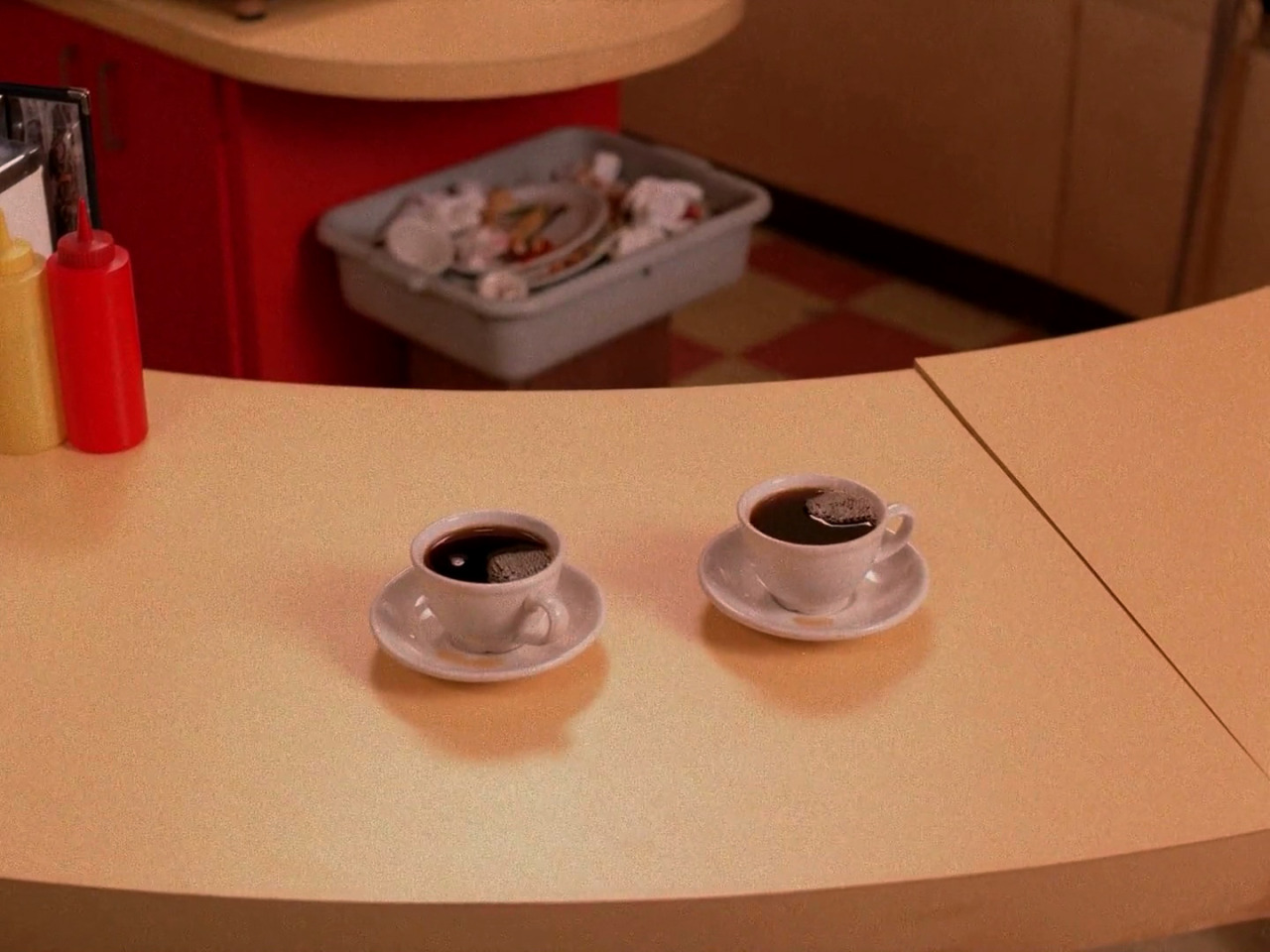