Season 3 held several little gems of scenes that showed us the progression of many of our old favourite characters from the original run. Ed and Norma are together, Jacoby and Nadine are eccentric entrepreneurs, Bobby and Mike are straight-laced and (probably) law-abiding, and Ben Horne managed to retain his goodness throughout everything (let’s face it, the old Ben wouldn’t have thought twice about arranging an ‘accident’ for his terror of a grandson).

Despite all this, the character that for me was the most surprising this season was James Hurley.

I was never a fan of James. He bothered me greatly. The troubled bad boy with a soft and sensitive side is always an attractive proposition, but James’ sensitive side was so sappy and mushy, it became nauseating. That scene with him and Donna in the woods burying the necklace put me off him right from the start.

I never saw he and Laura as any great love story. On paper, they would make a good match, both lonely and from troubled home lives, and both essentially good people, but it just never worked for me. I didn’t see any real connection there. He was just escapism for Laura, just as Harold was, just somewhere to go away from her usual crowd.

It only occurred to me recently that a lot of people in the town never actually found out exactly what happened to Laura that night. We only know because we saw it in FWWM. BOB certainly wasn’t writing out any detailed confessions, and Ronette was sidelined out of the story pretty quickly, and may not have remembered it all after her coma anyway.

James in 1989 carried a lot of guilt about letting Laura run off into the woods that night, and perhaps he carried that with him always. He may never have known that she had a pre-arranged meeting with Leo, Jacques and Ronette anyway.

I’ll be generous to young James and admit his life wasn’t all roses, so maybe he had good reason to perpetually scowl. He had no parents to speak of, but he had a loving base with Ed and Nadine. He had a home, an education, a nice bike, pretty girls round every corner. Maybe he was a little love-starved, but plenty of people have it worse. 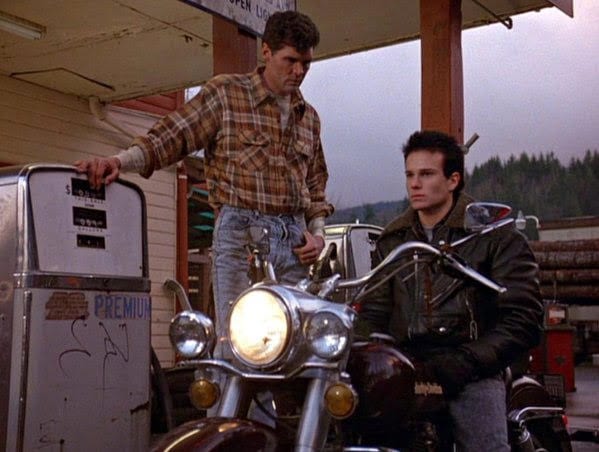 Laura may not have treated him perfectly, but I felt him getting with her best friend within 24 hours of her brutal murder was a bit of a betrayal. Now I can look back with a mature eye and realise he was just finding comfort where he could (and to be fair, the biggest betrayal was from Donna, but we could write a book about her fickle nature). 5 minutes later, he drops Donna like a hot stone the minute Laura 2 -aka Maddy – walks in the door. James latches onto one pretty girl after another like Tarzan swinging through vines. 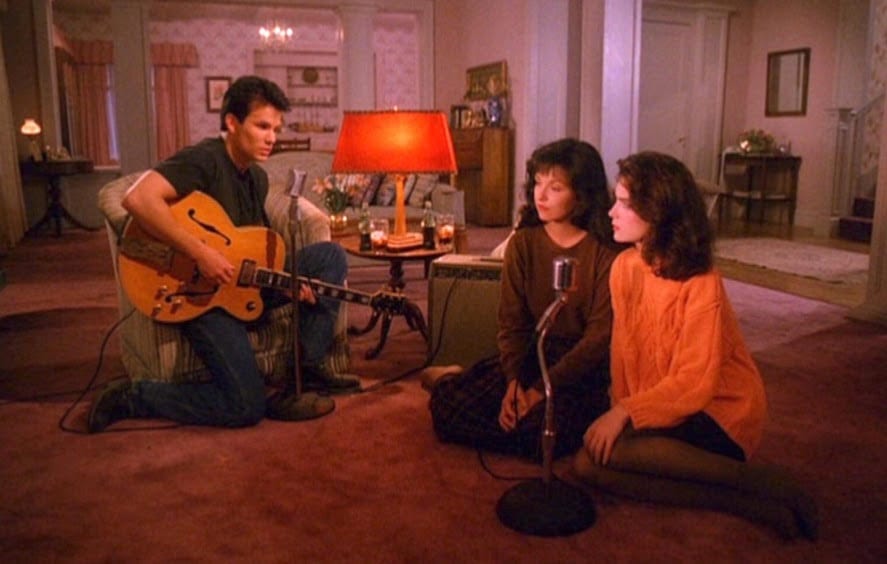 So, that was my original feeling about James, that he was a bit of a drama queen, and that he was making it all about himself. I didn’t hate him in the slightest, but I squirm a bit every time he’s getting all sappy with a girl. Just get on your bike and go, James.

So, it took me by surprise just how much I liked Season 3 James.

Grown-up James is nothing like I expected him to be. Yes, he may be a little strange since the accident, apparently, but strange in Twin Peaks in subjective. To me, he seems far more normal than most. In fact, I found myself wanting to see far more of him. More of James Hurley! Who would have thought it?

The most interesting thing for me about James’ character arc is that he really hasn’t changed at all. He could have been far more bitter about the events in his life, about love always being violently snatched from him. Plus, I took the casual mention of the accident to be a subtle way of disposing of the Donna question. James is still alone, and still falling in love with the wrong girl.

The scene of him singing ‘Just You and I’ in the Roadhouse was utterly perfect. We laughed at the absurdity of it, then we cried with Renee at the absolute perfection of it. James is still the same, still singing for Laura’s love with the ghosts of Maddy and Donna beside him. 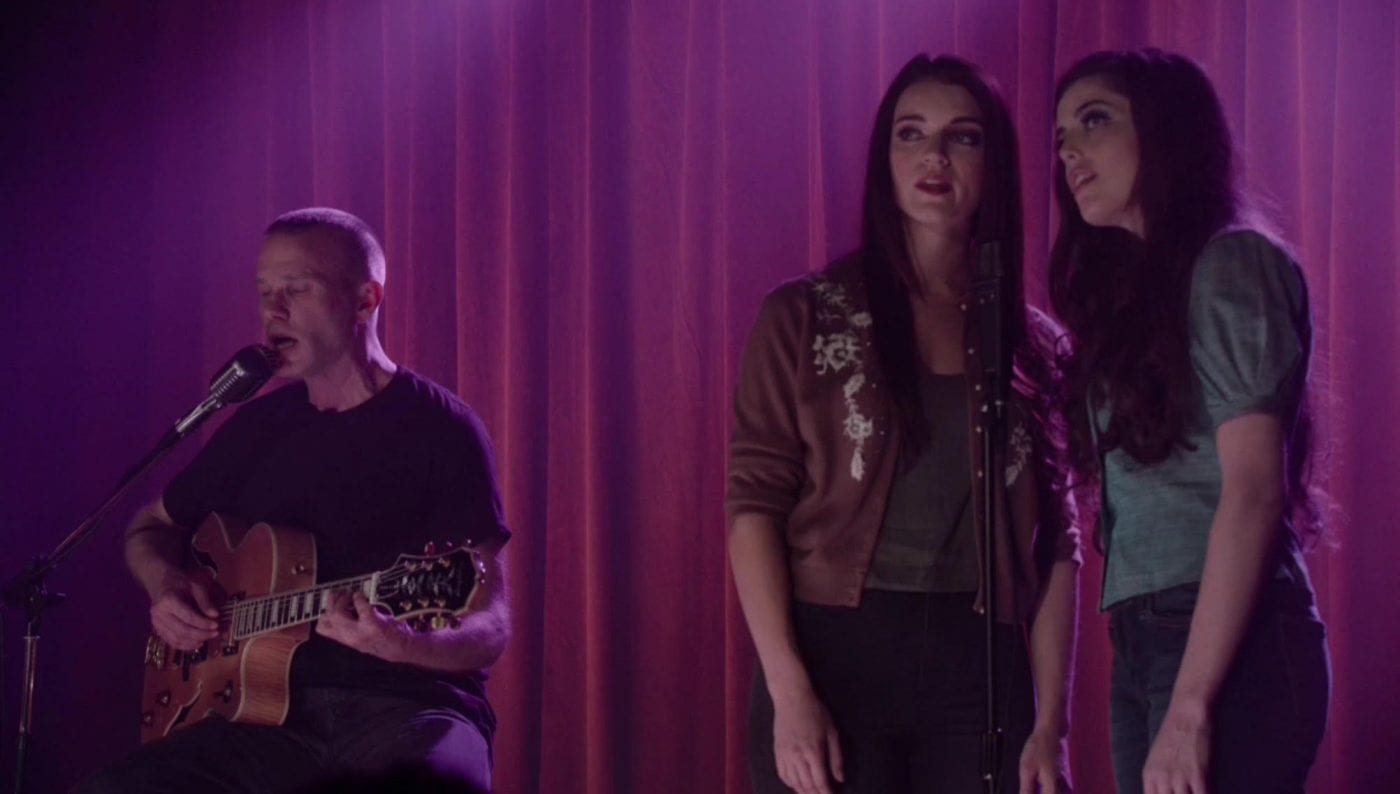 Grown-up James is still sweet and good, and has shaken off the chip on his shoulder. He has a good job and is kind to strange young coworkers. He is thoroughly decent and thoroughly likable.

And maybe he now has some closure on the Laura situation, having seen the destruction of BOB in the Sheriff station. James was used by the forces (of what – Fate, God, the Lodge?) to put Freddie in the right place at the right time. Up until then, James didn’t know that Laura’s demon was real, and to see that demon smashed into hell was a good kind of justice. Perhaps now he can shake of his survivor guilt and accept that there is nothing he could have done for her. She was doomed from the moment that BOB set his sights on her.

So, I have a little wish for James. That Renee will leave her thuggish husband for him, and he can finally find some gentle, undramatic love in the world, and stop reaching for vines. You changed me, Season 3. You made me care about James. I want James Hurley to be happy. Who would ever have believed it?