Dune, the film, came to the big screen in 1984, the year I turned 10. It’s younger than many other classic sci-fi films — Blade Runner was a couple of years older, arriving in 1982, Alien broke onto the scene in 1979, and Star Wars (Episode IV: A New Hope) came out a whole seven years earlier, in 1977. And yet these are all films I’ve seen before, and have rewatched. Why is it that Dune had eluded me until 2017?

Part of this might have to do with knowing of the film by reputation, long before I became a fan of David Lynch through Twin Peaks, Blue Velvet and Lost Highway. These were two very different cinematic worlds, as far as I could tell, with Dune sounding like a somewhat lacklustre space opera. Other the years I learned many things about Dune without actually watching it: that it was set on a desert planet, that there were several houses fighting over something called the Spice, that there were giant sandworms, and that it featured Sting for some reason. Only much more recently did I learn that Kyle MacLachlan played the part of the protagonist. For the bulk of the time I’ve been aware of the film it didn’t strike me as a film where a plucky young hero would defy the odds and fulfill his destiny. And yet, in the broadest strokes, that’s exactly what it is.

In sitting down to watch Dune for the first time now it’s pretty much impossible to consider it without comparing it to the sprawling Star Wars franchise, which has enjoyed 40 years as undoubtedly the most popular space opera. From the very opening shot, a backdrop of space with some introductory exposition — albeit narrated by a character rather than text floating off into the distance — there are parallels that can be drawn. Yet, at the same time, there are parallels that can be drawn to the story of Agent Dale Cooper, introduced as an idealistic and very capable young man, troubled by prophetic dreams, destined to end up stranded in some strange world and emerge, changed, on the other side.

It’s strange watching the film with both these alternative visions hovering in the background, as it feels like a hybrid of both, despite being neither (the film being based on a book written in the 60s, the latter obviously being developed by David Lynch afterwards). The scene with the arrival of the guild navigator and his many attendants helped captured this hybrid vibe early. The look is a steampunk take on Star Wars, presumably before steampunk was even a thing. The multitude of minions reminded me of the forces of the Empire, even if no-one wore a helmet. The sight of an attendant falling over as they entered the room had immediate echoes of the famous scene of a stormtrooper banging his head as he walks through a doorway. And yet seeing several attendants vacuuming the mess around the navigator reminded me of the sweeping scenes from Twin Peaks: The Return. Even the navigator, in its mobile vessel, had echoes of a certain non-human entity appearing within its own glass container.

There’s something to be said for TP:TR seeming to walk a similar path, with Kyle MacLachlan portraying the hero in each. But whilst Agent Cooper seems to be stumbling down his path, as envisaged by Lynch towards the end of his career, Paul Atreides seems to walk the path to his calling in a more conventional manner, a more idealistic realising of destiny as envisaged by a younger Lynch. It’s very interesting watching things this way around, because the number of motifs that crop up in both makes it feel as if these are motifs that are important to Lynch, even if the source material isn’t his own. There’s a glimpse of a ring, with an important sigil. There are dreams that prove to be important clues to the future. There is discussion of The Sleeper, who seems not a million miles away from The Dreamer. Princess Irulan’s face fades away at one point, whilst delivering exposition at the start, which reminded me of Cooper’s face superimposed over the scene at Twin Peaks, fading in and out of view. Caladan is home to House Atreides, whose castle sits on a cliff top on a planet that is mostly water, not entirely unlike the fortress overlooking the purple sea between worlds in The Return. I’m sure that these motifs are, more often than not, coincidences. And yet, in watching the Dune so soon after the finale of Twin Peaks there are certain resonances that it’s difficult to ignore.

All that said though, there as much to be found by divorcing the film Dune from Lynch’s other works, and considering it by its own merits — or at least to see how it compares with other sci-fi films, those of the same era and those that have visited the big screen since 1984. More adult than, say, Star Wars, and yet the villains of the piece seem almost pantomime in their motivations, drinking blood in as violent a way as possible, spitting onto their royal captives, laughing at the occupants of prison cells, pushing aside the underlings that work for them, wandering around in their space underpants with a look of insane delight on their faces. Of course, that could just be some product of the sadistic Harkonnen bloodline. But it does ensure that these particular villains remain somewhat two dimensional.

Our hero, by contrast, seems as noble as they come: quiet, self-assured, not too cocky, quick to assume leadership. The very model of a hero. It’s a shame then that during the first half of the film he’s little more than a diplomat accompanying his father, Duke Atreides. He doesn’t really have much opportunity to act heroic until about halfway through the film, when the his father, is betrayed (compare this to how early in the first Star Wars film Luke Skywalker finds his aunt and uncle dead, or at which point Ripley and her fellow crewmates watch an alien burst from Kane’s chest). From this point in the film we see an already capable young warrior transcend quickly to become a leader, a tamer of giant sandworms, and the legend spoken of in ancient prophecy. For all the slow and deliberate set-staging of the first half, the second half builds up a lot of speed and covers a lot of ground (“two standard years”) in a short time. For all that it’s a pleasure to see the character change up a gear, even if we don’t see the typical step-by-step hero’s journey.

There are some interesting choices in the film making. When Princess Irulan introduces the story I was expecting that she’d play a much larger part in the film, like a Princess Leia character, but aside from the occasional narration she’s barely in the film. The aforementioned and notorious space underpants. The technology that is demonstrated in the film, presumably mentioned in the book, feels quirky: the antigrav suit that ensures the Baron floats around like a balloon, the weapons than channel noise (but look funny when activated in the heat of battle) and the personal force fields that look like they’re made of near opaque Minecraft blocks and make it difficult to see much of anything going on until they’re holding knives at each other’s fragile bits. And the strangely novel conceit of the character’s inner monologues to be heard as spoken word, both refreshingly insightful and yet a little confusing in a setting where psychics can also read other people’s thoughts. Bonus points though for having the hero’s young sister be a delightfully creepy child.

One of the final delights of watching this, thirty three years too late, is recognising the faces of people who’ve gone on to do other things. It’s like watching a treasure trove of old friends. Kyle MacLachan, of course, we’ve seen recently returned to our TV, as was Everett McGill, as Big Ed. Jack Nance, another Lynch favourite, was last seen on screen as Pete Martell, finally managing to go fishing without discovering Laura Palmer’s body. David Lynch has gone from playing uncredited bit parts in his films to playing a major character in Twin Peaks. Dean Stockwell appeared in Blue Velvet, of course, but will always be Quantum Leaps’ Al Calavicci to me. Sting, well, I’ve not seen Sting act in anything more recent than Lock, Stock and Two Smoking Barrels — thank God he kept his clothes on for that one. And Patrick Stewart. That may well have been my biggest surprise — the fact that Patrick Stewart doesn’t appear to have aged in thirty years. Incredible.

A special bonus was that, in my curiosity, I decided to check whether that creepy little girl grew up into anyone more famous. And yes, she did. She was Alicia Witt, AKA Gersten Hayward, last seen huddled in the shade of a tree in some distress, just outside a familiar little mountain town.

It was just actors I recognised, strangely. There were references that have been strewn through popular culture in the last thirty years but, in particular, I recognised lines from music I enjoy. I was already aware that the DJ Adam Freeland had lifted the phrase ‘Fear is the mind killer’ from Dune for one of his tunes, a lovely little mantra that echoes through the film. But it was great to discover that Fatboy Slim had done the same, that the line ‘If you walk without rhythm you won’t attract the worm’ is a line lifted straight from the film. As soon as the phrase began to fall from Paul’s lips my own began to form a massive smile. I imagine, if I looked further afield, there would be many other tunes out there that reference Dune (in much the same way that there are many that reference, or sample, Twin Peaks).

In summary then I’m glad I finally watched Dune. It’s a little quirky, and the first half is maybe a little slow, but it’s got a streak of idealism I enjoyed, of prophecies coming true and with bad guys it’s a delight to see get killed. Did it feel like a Lynch film? Not really, despite his brief cameo, despite one of his favourite actors playing the hero, and despite all those familiar motifs. Everything is pretty clearly signposted, what might be ambiguous silences are punctuated with inner monologues, and the film wraps up with a proper conclusion. It was almost bewildering in it’s lack of a bewildering ending. But an enjoyable film, and one I’m glad to have finally seen. As Duke Leto Atreides states, “a person needs new experiences. They jar something deep inside, allowing him to grow. Without change something sleeps inside us, and seldom awakens. The sleeper must awaken.” 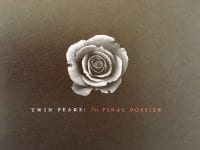