He’s the Mickey to her Mallory, the Clarence to her Alabama, the Pumpkin to her Honey Bunny… Okay, enough with the Tarantino references. There have been enough of them this summer. Season 3’s killer couple are no glossy Hollywood Bonnie and Clyde. They are colder, grimier, and far more real.

Hutch and Chantal could have had an entire spin-off of their own. Their backstory could be a whole new show. They seem to be two of a kind, although Chantal appears to have the upper hand.

Is it possible for two such carefree killers to actually love each other? Of course psychopaths and sociopaths are capable of love, in their own weird unrecognisable way. Is this a case of one leading the other to murder, or are they cut from the same cloth? Would Hutch be living this lifestyle without the desire to impress Chantal, or would he just be a petty criminal, hanging around at Beulah’s place?

Whilst waiting outside Warden Murphy’s house, Chantal is too hungry to take the time to torture the victim, even though she complains she hasn’t done that for ages. Hutch kindly offers to just kidnap him, so she can torture him when she’s eaten. Is that love? 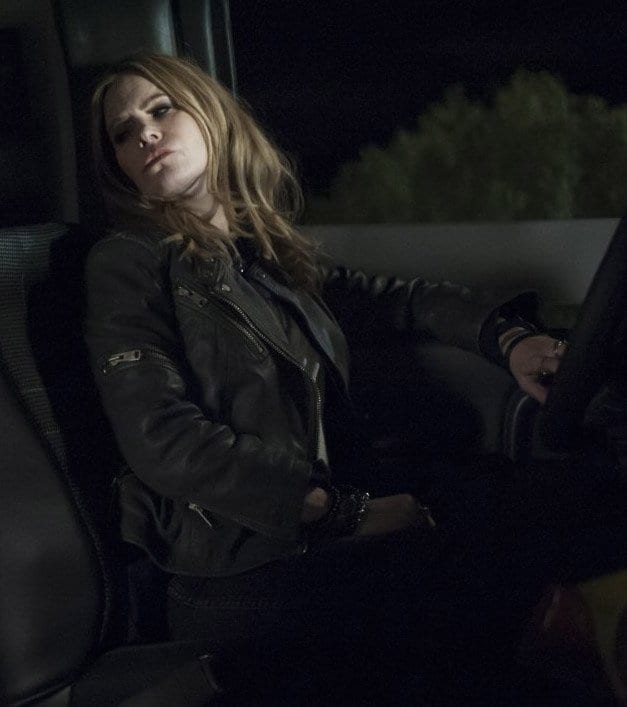 The killings of Warden Murphy and Roger could both have been a little cleaner and more efficient, indicating that maybe they aren’t at the top of their game, or maybe their hearts aren’t in it that much, although Chantal’s hit on Mr Todd is highly impressive. What I really want to know is, do they kill because it is a passion, or because it is a job? Are they afraid of Bad Coop? Hutch is certainly quite subservient to him, but they do all seem to have a genuine friendship. As much a hitman/woman and a hellish doppelgänger have friendships, that is. 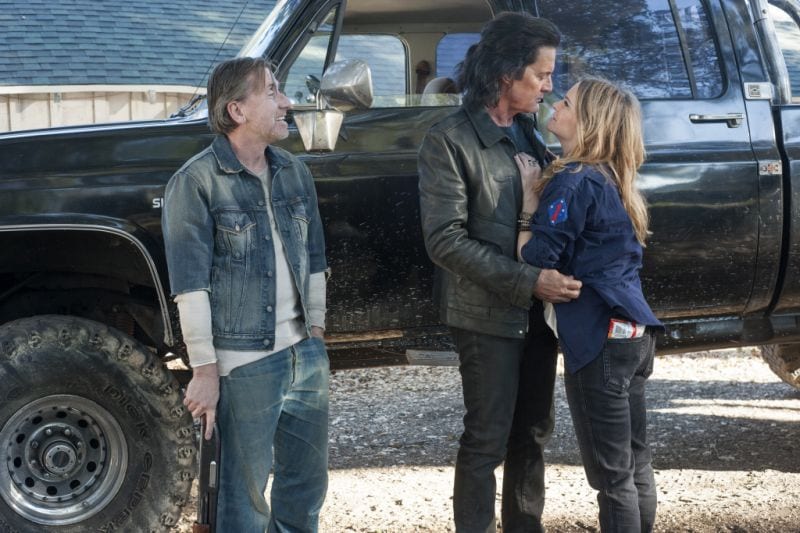 Chantal, for all her soulless wonder, appears to have a little soft spot for Bad Coop. Not because she kills for him, or cleans up dead bodies for him, or even because she has skanky sex with him (I doubt either of them have showered in a long time), but because she shared her snacks with him! Going off her minor ‘that was the last pack’ meltdown just before her death, her junk food is important to her. Speaking from experience, if my man wants some of my secret chocolate stash, he’s going to have to work pretty hard for it. But Chantal just gives her snacks away as a leaving present (and to be honest, I doubt he wants them). Clearly, Chantal likes her bad boys just as bad as they come.
Their bloody bullet-ridden deaths are as Bonnie-and-Clyde-death-car as can be. Chantal mouthed off at the wrong person and got both of them killed. Maybe it was for the best. Dougie had the protection of the Lodge (Black? White? Both?) around him, and so they were never going to successfully kill him. What would happen then with their friendship with Bad Coop? Possibly he would have disposed of them as easily as he did Darya and Ray. These loose ends cleaned themselves up for him.

So, the Ballad of Chantal and Hutch ended, just as they had lived, on a bad note. Chantal was profoundly correct when she proclaimed it was the last bag of Cheetos, and Hutch was never, ever going to get his ‘6, or even 10, wives’.

I know they weren’t the most popular characters, but to me they were interesting, and often funny. I feel like we only touched on a tiny part of their story. If there were ever candidates for Twin Peaks fan fiction, it’s the two of them. I do hope that someone writes it one day.