Laura always had a strong bond with her cousin Maddy, just as the psychic connections were strong between all of the Palmer/Ferguson women. Maddy dreamt about Laura in the woods almost as soon as her visits from Bob began, and would often call her at her lowest times. Most notably, after Laura’s abortion, she longed to speak to Maddy for comfort, then arrived home to find Maddy had called her out of the blue – ‘Maddy had heard my calling to her.’

That psychic connection didn’t end with Laura’s death. I always assumed she was staying in Laura’s room at the Palmer house. It was as though Maddy began to channel her cousin, having strange dreams, spending time with her best friend Donna, falling for her boyfriend James, wearing her things, and in doing so, brought Bob’s attention right to her. 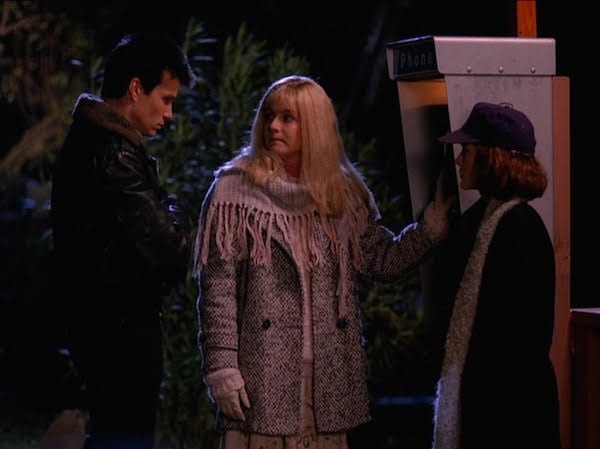 Maddy is perhaps the person Laura would have been if she had grown up in a different town, away from the evil in the woods and the abusive home life, a  girl who was able to be good and not have to fight. There were many similarities between the two, beyond the physical. Maddy was a nice person. She was responsible and hardworking, she arrived in Twin Peaks to support her family, regardless of her own safety.

I have always been fascinated with Maddy. Not her character as such, but her fate. Those who are doomed to the Black Lodge are often there because of their own actions – Laura, Leland, Coop, even Ray. There was nothing we saw of Maddy that indicated she would end up there. She was never lined up for possession by Bob. She was never, that we know of, offered the green ring. She was, like Teresa, just in the wrong place at the wrong time. 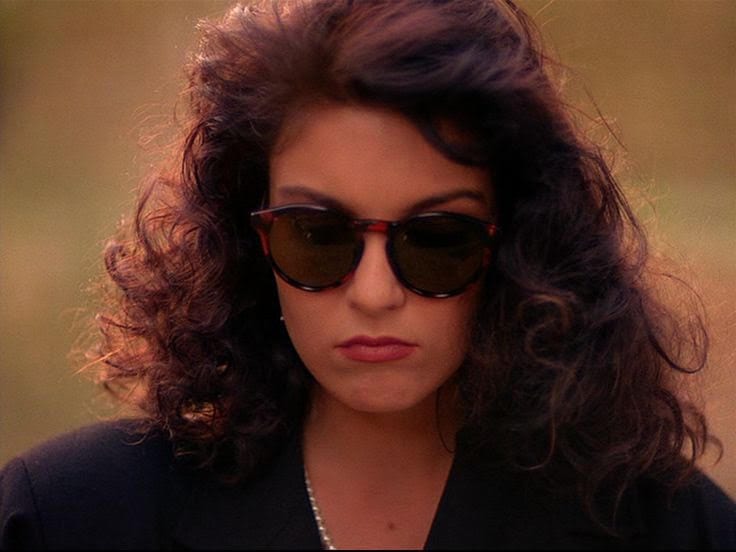 Maybe the only reason that Maddy ended up in the Lodge was her undying connection to Laura. Their sisterhood transcended the physical world and they were reunited in spirit.

‘I had the strangest dream last night.’

Maddy’s big mistake was announcing her departure, which for some reason sent Bob into a rage (‘Leland says you’re going back to Missoula, Montana.’) Perhaps he did have his eye on her for abuse, and later possession. But Maddy was no isolated teenager. She was a grown woman, she had a support system. She had already begun to tell Sarah about a strange dream she had about blood on the living room carpet, a premonition of her own murder, before they were interrupted by Leland, a white-haired Leland who by this point had almost completely surrendered to Bob. Perhaps his daughter’s death had simply taken all of the fight out of him. And perhaps finding Maddy already confiding in Sarah showed Bob she would be no silent victim. 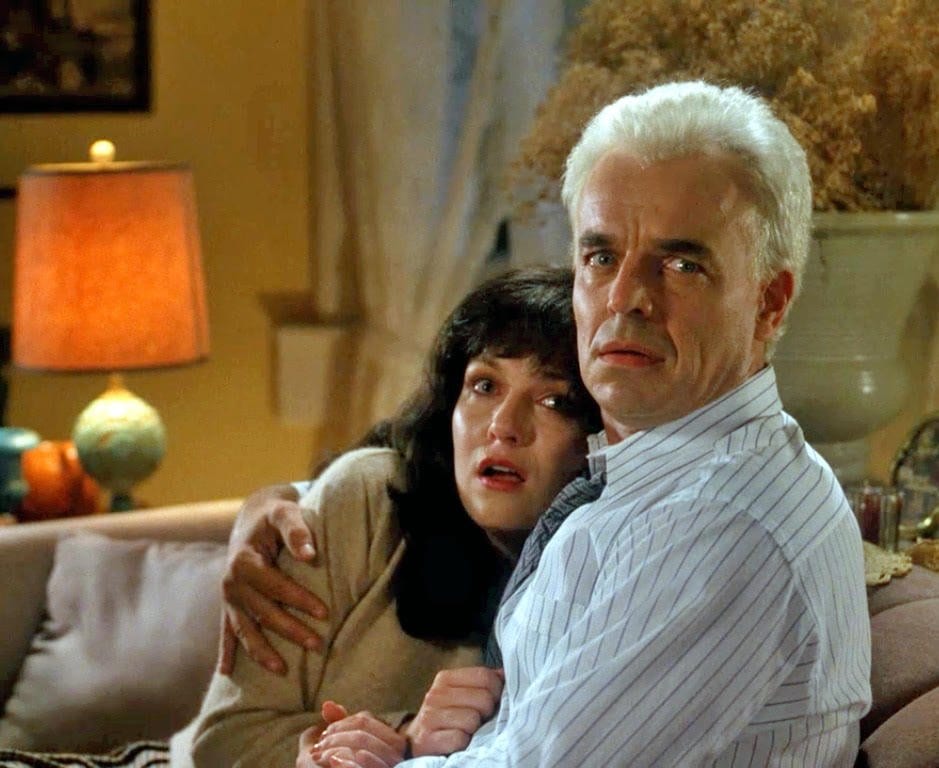 He had nothing to lose by letting her go home. She had seen Bob’s face in the Hayward house, seen him getting closer, again seen her own death right in front of her. Do people see Bob only when he allows them to, when he has set his sights on them?

Or was it her connection to Laura that opened her consciousness to him? There are many who believe that James’ love song to Laura had opened a door for her to communicate with her friends, had summoned her in a way. 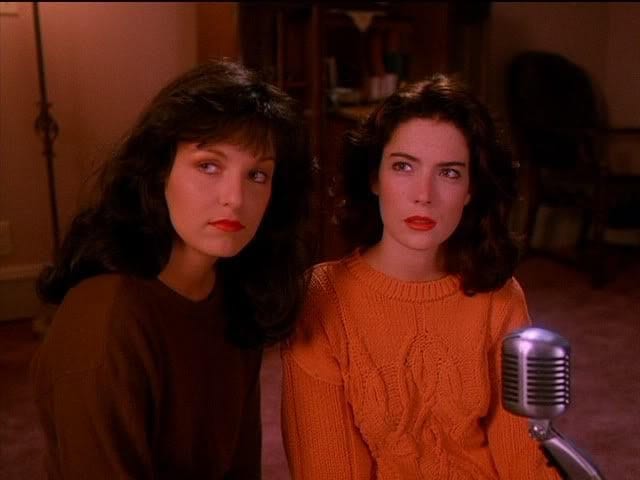 ‘When we were growing up, Laura and I were so close. It was scary. I could feel her thoughts, like our brains were connected or something. And when she died, suddenly I got the chance to be Laura.’

It seems that Bob killed Maddy purely because he enjoyed it. He was also growing tired of Leland, and possibility thought it would be fun to have him locked up for murder before leaving him completely. 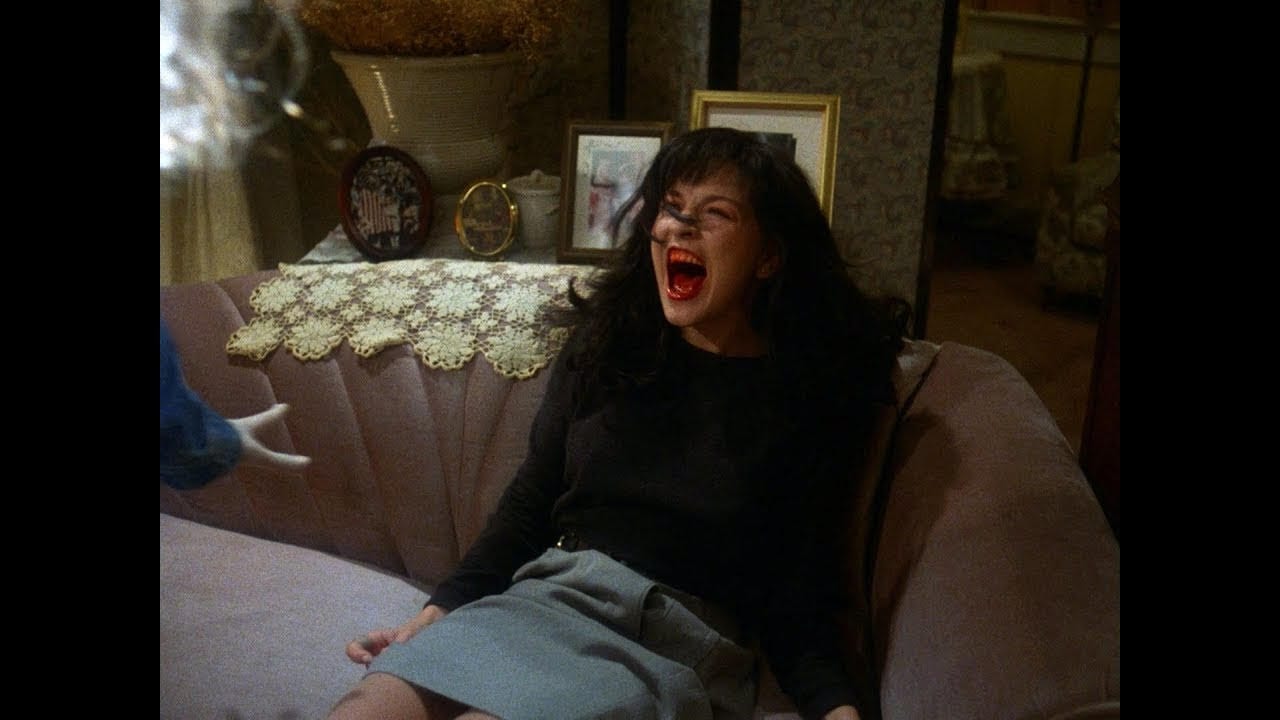 Cooper encounters Maddy’s doppelgänger on his 1989 entrance to the Lodge. She warns him about Laura, the doppelgänger Laura. 25 years later, Maddy is nowhere to be seen.

It is logical to presume that like all others, Maddy had to face her shadow self.  It is also possible that her strength and love for Laura gave her the courage she needed to do so. Like the other victims of Bob, perhaps her angel was just waiting in the wings to deliver her to the White Lodge.

Believing, as I always will, that the final scene of Fire Walk With Me is the true end of the story, I like to think that as Laura left Cooper behind in the waiting room, it was her soul sister Maddy who welcomed her to the celestial light of eternity, safe at last, and no longer alone. 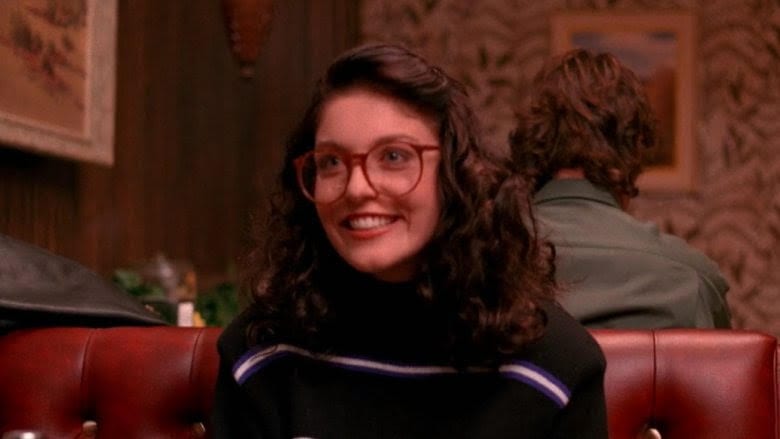