Fifteen hours. Roughly fifteen hours of television passed before Audrey Horne graced the television screen again. Fifteen hours and only one passing mention, and a terrifying one at that. Audrey Horne was a teenaged force of nature in Seasons 1 and 2. Written into the world when she wasn’t there to begin with and whose story was mostly self-contained from the rest of the plot, Audrey played several key roles in the original run. She plays the femme fatale to Dale’s noir detective, acts as a detective in her own right, takes her future into her own hands (for better or worse), makes ruthlessly unforgiving deals, shrewdly negotiates her burgeoning business interests, and takes an ill-timed stab at activism (albeit for mostly poor reasons). She even saves the ‘life’ and employment future of Dale Cooper, to his own admittance.

And once again, Audrey has somehow managed to be integral to the story, thematically as well as potentially acting as a guide to understanding The Return. Most were confused by the nature of her sudden appearance. Many were unhappy at first and are still. A lot of people jumped to conclusions about her role, about the reality or unreality of the scenes she was in. For all the predictions we made about her involvement this season (The Billionaire behind the Glass Box? Answer: No The Woman that Albert Knows where she drinks? Answer: No. Mother of Richard Horne? Answer: Finally, Yes) none of us were able to predict the ‘truth’ as abjectly illusionary as that ‘truth’ might be.

Her last scene, begging “Charlie” to “Get [her] outta [t]here,”, and the subsequent transition to somewhere white and oppressive was shocking to say the least. I can’t help but want to elaborate more, not just on the pitiable state she was in – it’s more than that. There is more to her than that. The same girl who, at eighteen, decided she wasn’t going to take anything less than what she needed or deserved from anyone, much less her own father, didn’t lose that ability. She deserves more than that. And, in some ways, I feel she did get more than that. 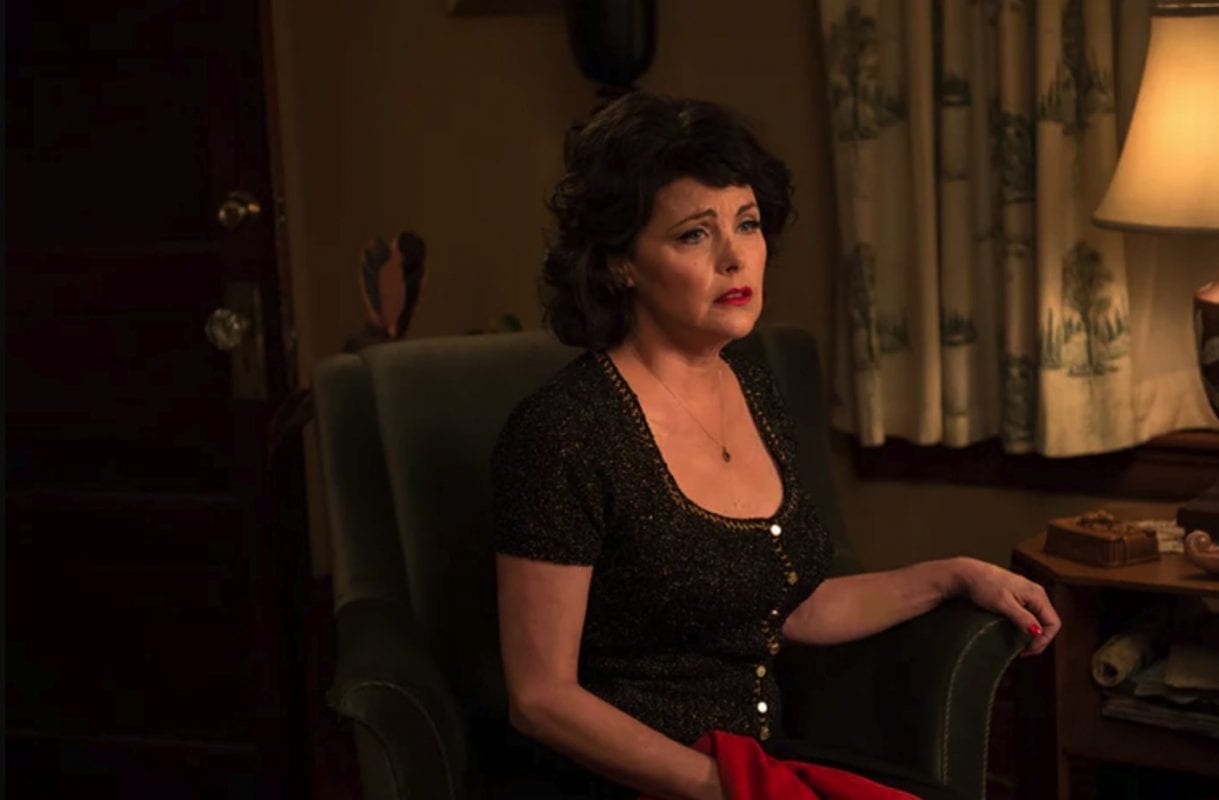 No one has quite determined whether or not what was happening with Audrey was Lodge-born or the product of some other psychosis, though The Final Dossier suggests that she is perhaps institutionalized. Admittedly this is not a reliable source, all things considered, and any and all work therein should be taken with a grain of salt. Either way, it doesn’t matter. There is power in her final words. Power that transcends reality. Only Audrey has the power to change her state in the world, whether that be her escape from Lodge reality or from within her own mind. Audrey made that determination. Audrey decided that it was time. Audrey broke herself out.

Arguably, Nadine ought to join Audrey as one of the single most powerful individuals in the story, when confined to the Twin Peaks locale. Both characters take the initiative to change themselves. No one forces them. Yes, there are encouraging moments related to them from others, but in the end, the only person who could make those decisions was Audrey or Nadine.

Choice is power. Making a choice to escape a situation, to better oneself is enacting that power. Many never do, or are in situations that make it almost impossible, thus leaving their inherent power dormant. Nadine’s choice is a long time in coming. She’s had opportunities, shied away from taking them when they came around, but, with assistance and the right guidance, she made the decision to shovel herself out of the shit. Nadine’s arc serves as one which is more rooted in the reality of life. People make decisions to better themselves and others everyday, it just takes many of us a long time to get somewhere where we are in a position, mentally, physically or otherwise to accept the repercussions of having made such a choice.

Audrey is a different case. No matter which angle you argue, the fact remains that Audrey’s decision to want something more, to literally “get out” of her head or the Lodge space is enormously powerful. Dealing with either of those things is inherently traumatic. It would be nice, easier, to remain in the dreamworld, because it would mean not having to deal with the realities that led her there. But she makes the decision to leave, for better or worse. Audrey awakens to a stark reality, empty and fathomless, but that step, making that choice, is the strongest indicator of her self power. Audrey exits her state with no help from anyone but herself. Indeed, many still believe that the Charlie we met in Season 3 isn’t a real person at all. I would agree that everything we see in regards to Audrey is manifested and projected from either her mind or the lodge. As such, Charlie is Audrey. She argues the semantics of philosophy with herself, keeps information from herself and pushes herself to constant irritation.

Audrey, cut off from everyone, is her own champion. She overcomes the limitations and compulsions of her own mind to protect her from the state she’s in and the truths that she must face in order to move on. And that, truly, is a test of power. The internal battles are far more difficult to navigate than the external ones. The biggest hurdle is passed. No longer denying the reality of the situation, Audrey is now in a position to move forward with her life. The road won’t be easy – it never is – but she’s taken the first step forward, and an object, once in motion, stays in motion, and Audrey has always been as unstoppable as a hurricane.