Like many fans, I watched the original two seasons of Twin Peaks alone. I remember rushing home from dance class on a Tuesday night, sitting on my bedroom floor in the dark, watching on a little portable TV. And like all of us who were there the first time, I still remember the thrill of the opening credits, and having no idea what was to come next.

I felt the same earlier this year. I still had no friends who were fans. I had spent the past two years just hoping I could stay alive long enough to finally experience the third season of the only show I ever truly loved. 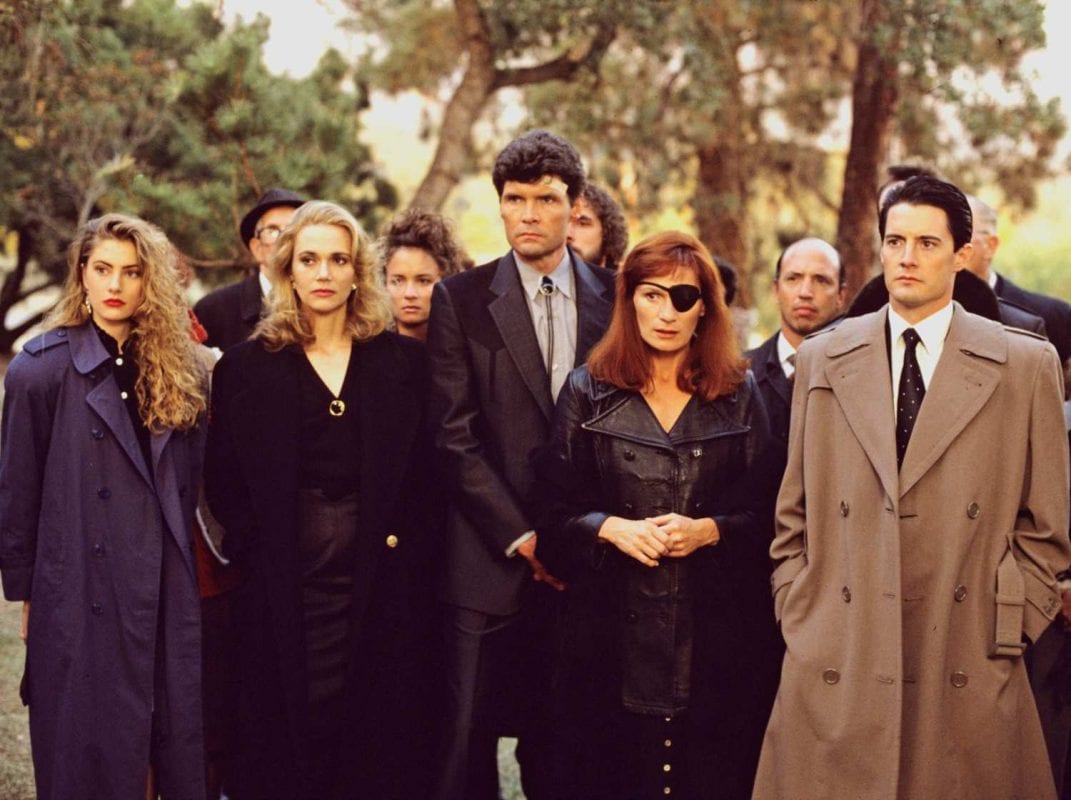 I’m not a very sociable person, so it had never occurred to me to join groups. But in March, I trawled the Facebook groups, and chose one that was a good size, at 6500 members. It was a Fated decision, because in pressing ‘Join Group’, I changed my fan experience, and my life, irrevocably.

I soon found myself to be part of a community, and for the first time in my life, part of a ‘fandom’. I became a moderator, and then an admin, and as the summer went on, the group swelled by another 30,000 members.

This is how Twin Peaks went from being a TV show for me to being a fully immersive interactive experience. From watching alone to watching with the noise and clamour of 36,000 other people was an experience indeed.

It was a small team, so in those early days, as well as dealing with work and family, we were moderating for many hours a day. I work with my phone at hand, so I tended to be able to check in to the group most days between 7am and 1am. It was hard work, but it was a labour of love, and we were all aware that we were part of something memorable. In that group, I made friends that I will treasure forever. We bonded over the intensity and emotion of the whole experience, and made memories to last a lifetime.

We were on constant spoiler watch, and took several for the team. And we saw many fake spoilers, which are worse, in a way, because then you are waiting for something that never happens.

This fandom took over my life. It was everything. I was exhausted and lost 40 pounds, through lack of sleep and food. I read everything and remembered everything. Plus having this experience with strangers who soon became close friends, but still technically strangers, made it a bit of an emotional rollercoaster. We had love, drama, tears, disappointment, loss, joy, gratitude. The events on the show were overshadowed by the events in real life. Invitation To Love has nothing on the drama of being part of an overemotional fandom. Total immersion, heart and soul. 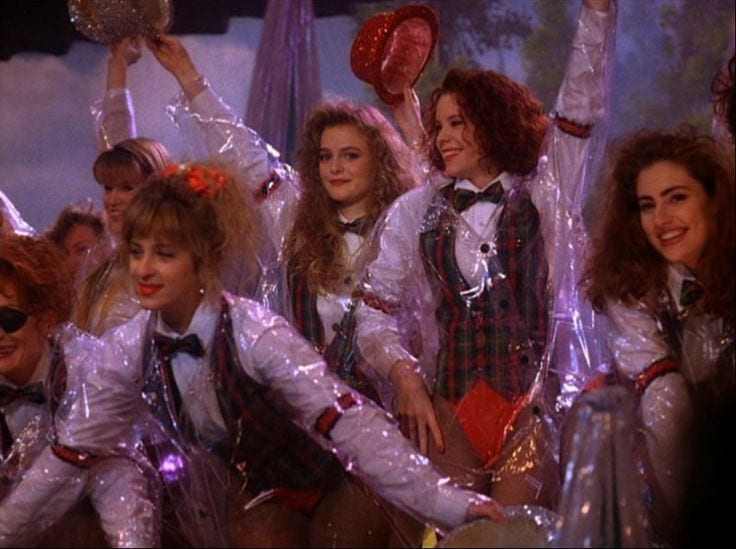 By the middle of the summer, I had been added to many groups, and become an admin in several. My fellow admins and I heard every wild theory it was possible to hear. We met many incredible and talented people, and more than our fair share of the strange and disturbed.

Not only did we have the experience of watching new episodes, but every other medium began to open up to us as well.

Many incredible artists began to pop up on social media, some breathtakingly talented, and drawing in real time as the story unfolded before our eyes. There has been merchandise for Peaks fans to buy, for the first time ever, really. We had new music every week. I listened to a Twin Peaks soundtrack at work all summer, and listened to “No Stars” every days for three months. We had print media also, with the Secret History to follow along with, and the wonderful Blue Rose magazine filling the gaps with interviews and guides. Not to mention the many, many websites, blogs, podcasts.

And, of course, the 25 Years Later site tied this all together, and I was lucky enough to be able to publish my articles for the majority of the season, digging out gems of information from each new episode and seeing where they fit. 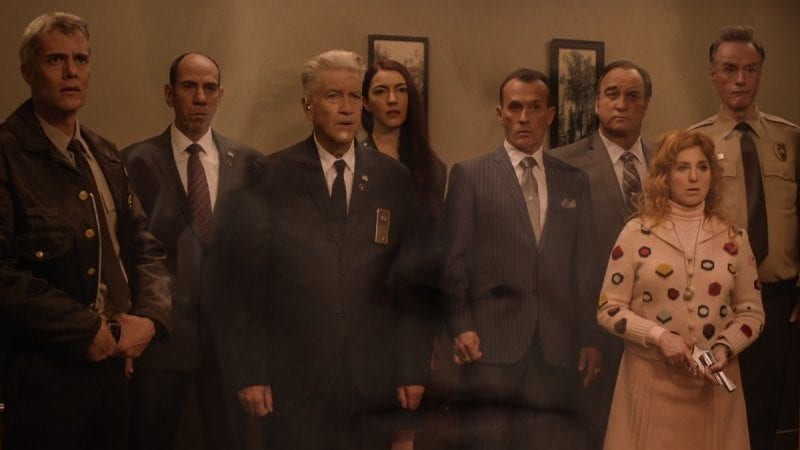 May 21st is a night I will never forget. The build-up, the excitement, the anticipation, was palpable. I’m sure all fans felt the same, that it was a huge event that we will remember forever. I felt honoured to be a part of it, however small. And the same goes for this whole Twin Peaks summer.

I think this entire experience, the highs and the lows, is something that will stay with us all. And in 25 years time, I will look back, and feel privileged to have been a part of it.

The UK Twin Peaks Festival in October was the perfect end to the summer. I was finally able to meet some of the people I had spoken to every day for months, and even some of the cast. It has become so much bigger than just a show, or a fandom. It is a world filled with wonderful like-minded people who all love the same thing, and friends I will keep for life. 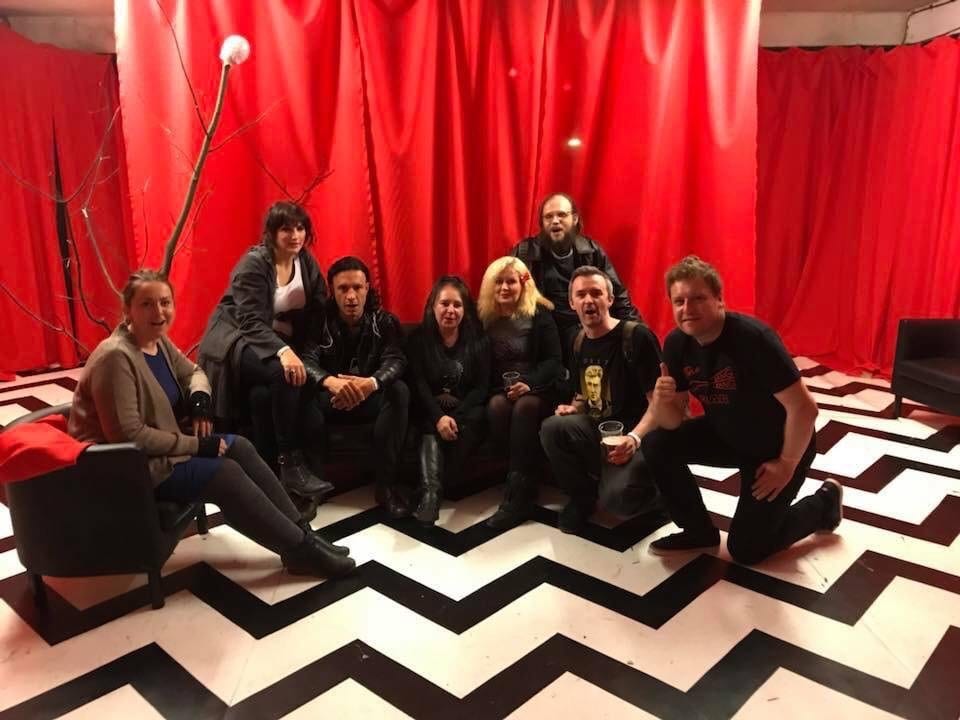 Sometimes I wonder how it would have been to watch alone again, without the noise of social media. Those five months were draining, both physically and emotionally, and I doubt I could ever go through something like that again. But if I could go back and do it all again, I would still take that huge leap from watching alone like I had planned, and once more press ‘Join Group.’