As the American Holiday for Thanksgiving, arrives, we at 25 Years Later decided to use it as an opportunity to express some thoughts on our thankfulness.

Laura Stewart:
“I have a lot to be thankful for this year. My number one always being my five year-old son. He’s been through it all my little man, he has Down Syndrome, Autism, and Type 1 Diabetes, and had complex heart surgery before he was 6 months old. I give thanks every day that he’s happy and healthy now. Many people look at my life and think it must be a nightmare, when actually it’s the opposite. He’s the happiest and most wonderful, funny, well behaved kid you could wish for. For that I am so grateful, he makes being a mum the easiest job in the world.

Secondly: Twin Peaks. Predictable answer! But not just for the TV show itself but for everything else it has brought to my life, most importantly friendship. I’m not really one for ‘girlfriends’ but in fellow 25YL writer Cheryl Lee Latter and our wicked Scouser Jeannie Valentine, I have found people I can be me with, no judgement. We met on a Twin Peaks Facebook group and the rest is history. I have laughed more this year than I can remember ever and that’s mostly down to those fine ladies and The Woolhouse Boys (Joel, Mark & Guy plus Noah Saftig and Christian Hartleben) who have kept me endlessly entertained with their absurd chat and memes. And of course it goes without saying that I am super thankful for 25YL, especially to Lindsay for inviting me in, and the Boss man himself, Andrew, for having faith in me, giving me a platform in which to write and live my dream, for being my White Knight. I am so excited about the future of 25YL as we really are such a great team. I was quite a lonely soul before this Summer, so I’d like to say a huge thank you to everyone that has made my heart so full”. 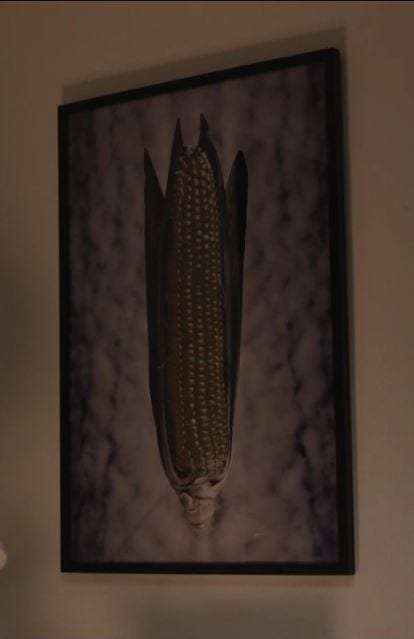 “As the lone Canadian staff member here at 25YL, it feels funny to be celebrating Thanksgiving in late November instead of the second Monday in October! All the same, I can’t pass up the opportunity to express my thankfulness again—really, we should be thankful every day, so this is good practice. I’m truly thankful for the opportunities I have in my life to do what I do and make a difference. I’m thankful for my job as a teacher. I’m thankful for the free time I have to write. I’m thankful for my family, especially my partner Aidan who makes coming home at the end of each day a joy (he also cooks supper so I’d go hungry without him…). I’m thankful for all the fans of the Bickering Peaks podcast for making our work there meaningful and fun! And I’m also tremendously thankful for the 25YL staff and especially my fellow editors John, Laura, Eileen, and Andrew, for constantly inspiring me to dive deeper and write better.
But none of us would be here without Showtime, Mark Frost, David Lynch, and the cast and crew of Twin Peaks…2017 has been a gift to us all because of them. Thank you.
Happy Turkey Day! Save me some stuffing!!” 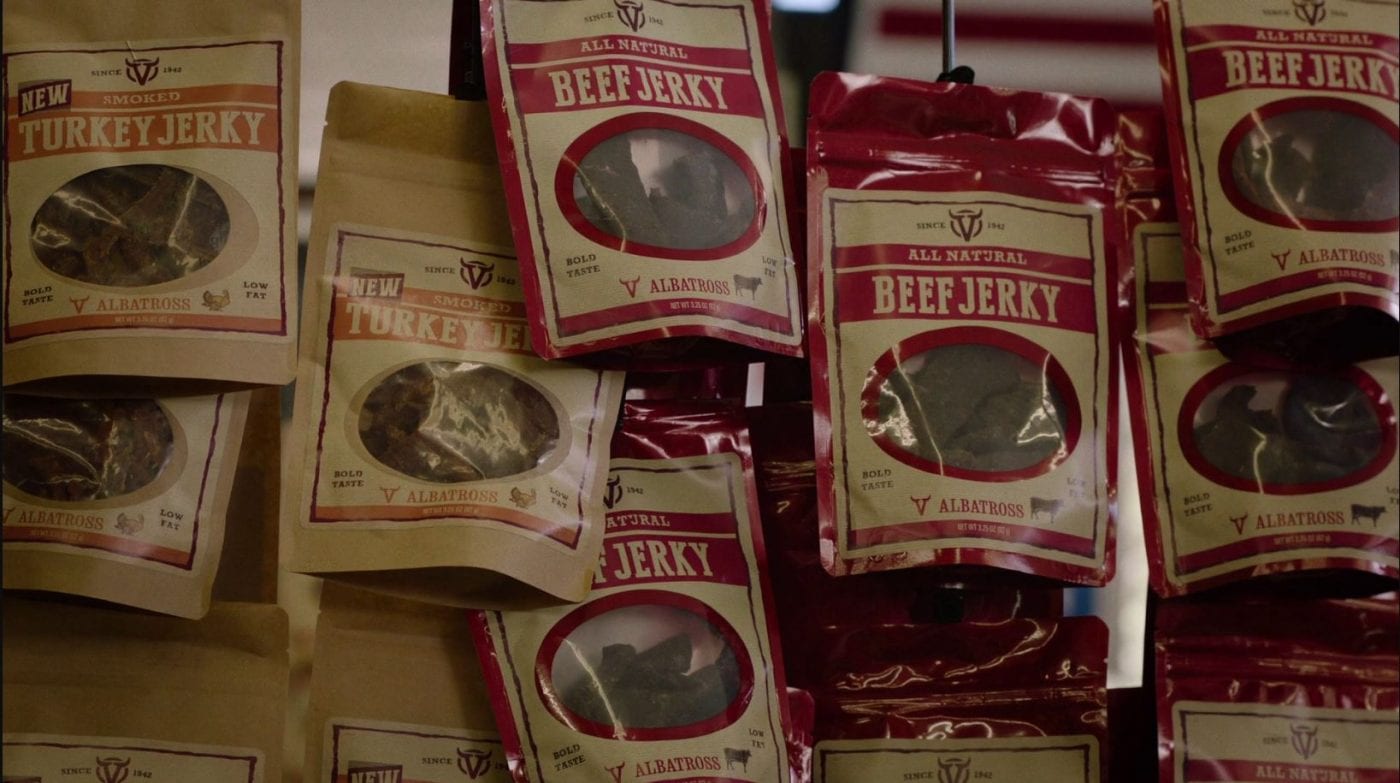 “I know, it’s difficult. If your politics didn’t give you fits, perhaps the heft of respected screen stars, producers, and comedians admitting to outrageous assaults did. Tragedies at concerts and in churches. So readership, fans, staff, the talents behind Twin Peaks, I’m thankful for you all. When we work out Twin Peaks together, we’re really challenging ourselves beyond our entertainment to learn more about each other and ourselves as well as exploring some deep human, spiritual, and historical questions. That said, who didn’t need the entertainment? I think it’s safe to say, and I’ve seen it written, how thankful most of us were for the journey but also the distraction. In a world with so much division, I felt very much a part of a solid, supportive community in Twin Peaks fans. Survivors out there, whatever you are surviving, we are thankful for you. Personal thankfulness? My wife always starts the list. She is a fan, but you should have watched her put up with my being obsessive this year, right through the finale. This year, I passed my third year review for tenure, got to present on Twin Peaks at the Popular Culture/American Culture Association Conference in San Diego, and just recently got to present on an author’s manuscripts at the Center for Big Bend Studies in Alpine, Texas. Was it work? Sure it was, but it’s a pretty hip blessing just to have the opportunities. When I was invited to join the 25 Years Later site just over a month ago, it was a huge thrill and honor. I tell my colleagues that it is dessert–cherry pie, of course. (Oh! I am also thankful for my talented and supportive colleagues.) If I get through the meetings, the work for statistics, and research, I get to dive into this world with you all. And Laura, you are the one. No, you’re not a turkey (‘gobble, gobble, gobble’), but I must ask, when exactly did the world start stocking so much of this Turkey Jerky, anyhow?”

J.C. Hotchkiss:
“On May 21, 2017 as I sat in front of my television and turned on Showtime, the thought occurred to me, “How lucky am I to be able to see one of my all-time favorite shows return?” The experience was memorable and just the beginning of a new journey; a new journey for Twin Peaks and a new journey for me.

I am a lone Twin Peaks fan in my group of friends. I needed an outlet to be able to discuss and share my excitement of all things Peaks. I had finally found this within the Twitter Twin Peaks community. Through that outlet, I also came upon my tribe of gifted and damned, others who like me wanted to be able to share that love. Which brings me to what I am thankful for; I am thankful for the opportunity I have had to share my Twin Peaks love with all the fellow fans I have found this past year through Twitter and Facebook, becoming a contributor to 25 Years Later, and starting a little group called The Bookhouse Babes. I have always been a writer, but becoming a staff writer for 25 Years Later has become a truly rewarding experience and I am humbled by the response I have received from the pieces I have had the pleasure of having published. I would not have had this opportunity had it not been for Lindsay and Andrew putting out a “Call for Help” and embracing my excitement to be a part of this incredible group of passionate individuals bringing our love of all things Peaks and Lynch and Frost to all of our readers. As I always tell Bernardy, you all are forever my tribe. I am thankful for you all.” 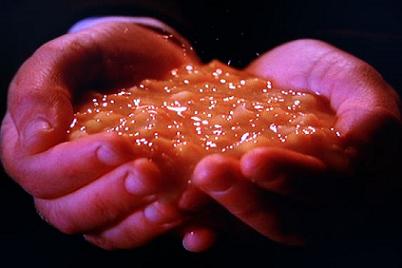 Ali Sciarabba:
“The state of the world in 2017 has made it pretty difficult to find things to be thankful for. I realize that, on the surface, it seems pretty ridiculous to choose a TV show as the thing I’m most thankful for this year, but it’s deeper than that. With the return of Twin Peaks came a community of people in the fandom—especially the 25 Years Later crew—who inspire me. With The Return has come opportunity for me as a writer, both on 25 Years Later and elsewhere. But most importantly, I’m grateful for The Return because it made me FEEL things as only Twin Peaks can. The wonder, the joy, the exhilaration, the confusion, the frustration, the contemplation, and the general creative energy that the show inspires in me is something that I sorely needed. It reinvigorated me at a time when I truly needed a push. It shoveled me out of the shit. In addition to my friends and family, this year I am also thankful for the community of talented, creative, funny, and thoughtful people at 25 Years Later who I would never have met without The Return. So, yeah, it’s a TV show, but I’m thankful for it, and for all the people who made it happen and who continue to keep the mystery alive.”

Eileen G. Mykkels:
“It’s been a long year and, like all, it has had its fair share of ups and down. I’m immensely grateful for the health of my family members, especially as we prepare to welcome a new niece or nephew to the clan this December. I’m beyond thankful for the friendship I share with Lindsay Stamhuis, without whom I would not be writing this or any articles today and the whole family here at 25 Years Later who have accepted me out of my humble beginnings as a small time fan and Twin Peaks community member. Andrew, who spearheads this project with a grace I could never hope to (nor would ever want to), sees us through each day with immeasurable patience and optimism. Working for 25 Years Later has added a light to my life over what has been an exceptionally trying year for many reasons.

In addition, I’m so grateful for all the amazing friends I have made through Twin Peaks, so I would be remiss not to mention my very good friend L. who brought me to Twin Peaks, to the world of The X-Files and so many other wonderful things and Joseph D. Clarke, with whom I’m happy to share a strong friendship outside our work-based collaboration. He’s the very best. I’m happy for each incredibly small goodness that I see in people, day after day, whether it be in one of my students, or a fellow teacher, or the woman who helped me price adjust a Christmas present the other day. The kindness they show myself and others reminds me that each day is not as bleak in this nation as it has recently seemed. Thank you to each of you who do that, whether I know you or not. Each kindness you do is a boon to someone whose heart is hurting. Never let that stop you. Happy Thanksgiving!”