Welcome back to 25YL! This week is going to be another behind the scenes peek at the near and long term future of 25YL and a chance for me to ask you, the lovely people reading this what you would like to see from us. Before we get into Cult TV and any content discussion, I would like to first congratulate our own Lindsay Stamhuis on her promotion to Executive Editor on the site. Lindsay has been working with me very closely for a long time, and as we grow and expand, the timing was right for me to turn over a lot of my day to day duties to her. I couldn’t ask for a better “Frost to my Lynch”, and along with the rest of our editing team (John Bernardy, Laura Stewart and Eileen Mykkels) an amazing group of writers I feel fully confident in the future of this site.

Cult TV is coming but what the hell is Cult TV? Initially, Cult TV was an idea I had to create a Twin Peaks book club of sorts, only using television shows. The premise is simple: Some of our writers would take a break from writing Twin Peaks-related content to write a series of articles on another show they felt Peaks fans might enjoy. We all watch other shows, so why not talk about them the way we do Twin Peaks right? The team here at 25YL really embraced the idea and so have a lot of our readers that give us feedback. We’re always going to be a Twin Peaks site but why not bring the same level of analysis and enthusiasm to some other shows that deserve it and should be talked about? As far as the content we’ll be producing; every show is going to be different. Some shows simply warrant more discussion. For example, one of our new writers Jon Sheasby is working on The Killing.  With this show, Jon has written an introduction to the show for those who have never seen it before, hoping to entice you into giving it a try. After that, Jon will be going episode by episode hoping that readers give this murder mystery a shot and want to analyze the show with him as they go. This has the potential to be an enjoyable, interactive experience if readers feel inclined to join Jon on his journey. Eileen has written a Season One review of Riverdale, a show she was skeptical about going into it but wound up enjoying. Her review is written with some spoilers. When The X-Files returns January 3rd, Eileen will also be providing weekly analysis of each new episode and we’re also planning some additional articles on the show’s history. Another one of our new writers, Anton, who wrote Welcome to Twin Peaks: Disinterment, Voyeurism, Resurrection and Reflections, will be writing about popular British TV. Jenn will be covering The Alienist weekly when it premieres, and then we have a really impressive list of other shows we plan on tackling as well as long as you, our readers, enjoy the concept. As always, your feedback means everything to us. 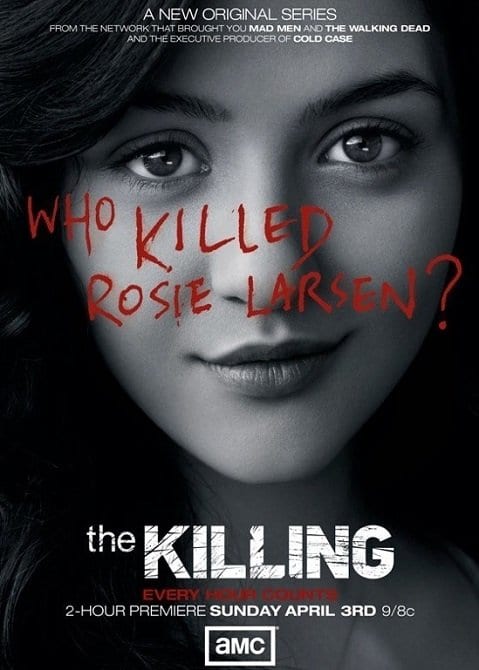 Moving back to the Twin Peaks/David Lynch side of things. This site’s original mantra was to be a site that both new and old fans could enjoy. We wanted to be able to fill in those missing pieces for Peaks fans who joined the journey many years after the show originally ended. There’s a great wealth of material and history to be covered and one of our goals is to be a place where you can find that. We feel that our theories and analysis work continues to be well received and we also hope that our interviews have been enjoyable as well. Twin Peaks as you all know is far more than episodic plot and we hope that we’ve covered a lot that the show has to offer. We’re only getting started though. There’s a lot of history left to discuss, a lot of interviews to track down, tons of multimedia to devour and of course, we can theorize until the end of time. We here at 25YL are making our list of content that we want to cover long term, but just like I mentioned above with Cult TV, your feedback means everything to us. What do you want to see from us? What stones have we not turned over yet or what have we started that you want more of? Our goal is to be the site for all Peaks and Lynch fans to enjoy. Help us give that to you with your feedback.

Wanted to acknowledge our partners: Twin Peaks Unwrapped, Bickering Peaks and The Bookhouse Babes as well. You can find links to both podcasts on the main page of the site. We’ve enjoyed sending some of our writers to TPU to read and discuss their articles, and we’ll be looking at new ways to enjoy our partnership with TPU in the coming months. As announced on Twitter, The Bookhouse Babes starting in January will be running a weekly column here on the site where they will be bringing the fun, the passion and their desire to make a change in the world here to 25YL. That feature is something I’m excited about. If you haven’t had a chance to check out Twin Pete’s new feature here on the site, please do: Une Âme Solitaire: Fans in a Living Novel: Steven Miller. It’s a great example of the unique content we plan to keep delivering. Really excited to have Twin Petes onboard here. You can look for that feature every other Tuesday. Next Monday night be on the lookout for Part 2 of My Interview With Josh Eisenstadt. That was exciting for me as Josh is someone that all of us long time Twin Peaks fans admire.  Speaking of exciting interviews, have you checked out My Interview with Mark Frost? Sorry I couldn’t resist a cheap plug for what was honestly one of the greatest experiences of my life—an experience that I would never have had if it weren’t for all of your support.

That’s going to do it for this week. I know I say this a lot, but we do what to hear your feedback. The site is in the middle of a tremendous growth spurt, and knowing what you like, what you don’t, and what you want to see is vital to our growth. Thank you all for your support of the site! Until next time…