When questioned at the police station, Stan Larsen claims Rosie was a quiet girl, who enjoyed spending time with her brothers and her best friend, Sterling; while Mitch Larsen can’t think of anyone who could have killed her daughter. Rosie’s relationship with Jasper was brief, and she also had no involvement with politics, despite the fact her body was found in the Richmond campaign car. Keys were discovered in the ignition, which for now points towards the perp being a member of the campaign. Linden and Holder question Richmond, Jamie and Gwen about the case and their whereabouts during the time of Rosie’s murder, looking for any information regarding personal records, access to vehicles, etc. The campaign car was reported stolen on Saturday morning, due to the inept nature of the vehicle security, as the keys are left in the cars for ease of access when parked on the lot.

Belko, unbeknownst to Rosie’s death, reveals to Stan that he and his co-workers have to go to the police station for questioning. Jasper forcibly confronts Sterling, stating he and Rosie aren’t sleeping together anymore. Holder talks to Sterling, and she has no idea where Rosie went after the dance. She also doesn’t recall seeing Jasper at that time. Linden questions Jasper, who arrogantly confirms his whereabouts, before his rich father storms in, demanding they stop talking. Linden watches footage of Rosie at the dance, in which she’s wearing a witch’s outfit and pink wig. Holder finds Rosie’s “Fabrizio Bianchis” (a very expensive pair of heels), assuming they were a gift from Jasper. Jasper is revealed to have been arrested back in April for auto theft. The information from both the Richmond staff and Larsen employees check out, making Jasper the number one suspect at this stage. The police search Rosie’s room, while the Larsen’s avoid coming into contact with them.

Holder finds Rosie’s pink wig in a dumpster by the school, and in a classroom meeting, no kids recall seeing Rosie at the dance, potentially withholding vital information from the cops. Linden spots Rosie’s name scratched into a bathroom mirror at the school, but we don’t know whether or not it was freshly carved. Holder continues his unorthodox ways, when he offers two schoolgirls some pot, coercing them in exchange for information. They tell him about “The Cage,” a place frequented by students in the school basement. Lieutenant Oakes tells Linden that Rosie drowned in the car, and they cannot tell if the crime involved a sexual assault, because of the cause of death. It’s said Rosie ripped off her own fingernails, during her attempt to escape from the car. We finish with the reveal of The Cage, which is a filthy blood-soaked area, surrounded by bloody bed sheets, Rosie’s witches hat, and a number of handprints painted with blood.

After Episode 2, the most obvious choice is Jasper Ames. He’s a threatening, arrogant, spiteful character who thinks he’s above everyone else, partially because of his father, Michael Ames (Barclay Hope), who’s shown to be a very wealthy man, whose influence goes beyond the norm. Jasper shows an aggression towards women when he forcibly grabs Sterling by the arm, then later mocks Linden and women around the same age. We get the impression that Jasper is the kind of kid who gets what he wants, whenever he wants it. Jasper’s father, Michael, also seems to know about his shadiness when we see him ask Jasper, “What did you do this time?” This signals Jasper as a significantly troubled kid with a past.

His careless attitude, together with his lack of respect and criminal record, puts him at the top of the list of suspects. Though, we must also remember that Rosie was found in a Richmond campaign car, so even though this episode tells us Councilman Richmond, Jamie and Gwen all have alibis for the night of Rosie’s murder, they cannot be crossed off the list at this stage. We’ve all seen characters fake their whereabouts before, haven’t we? Maybe it was an outsider, like Jasper, who stole the car, but it’s clearly too early to predict anything just yet. During this episode, we also learn more about Richmond questioning his trust in Jamie and Gwen. After the information leak, Richmond asks Gwen to check the accounts of everyone who works at the campaign.

Although, it’s later revealed she had a staff member called Nathan check everyone’s records other than her own and Jamie’s. They’re undoubtedly hiding something from Richmond, but it’s possible it’s just another red herring used as a distraction. Both Gwen and Jamie also have no problem in trying to convince Richmond to use his dead wife to gain votes. There’s clearly something cerebral about this duo, but are they more than just unsympathetic politicians? Later, we see Richmond receive a call wanting to confirm if Rosie was found in one of his campaign cars, something that hasn’t yet been reported by the press. This obviously further indicates there is a substantial leak inside the campaign, but who and their motive is yet to be discovered. 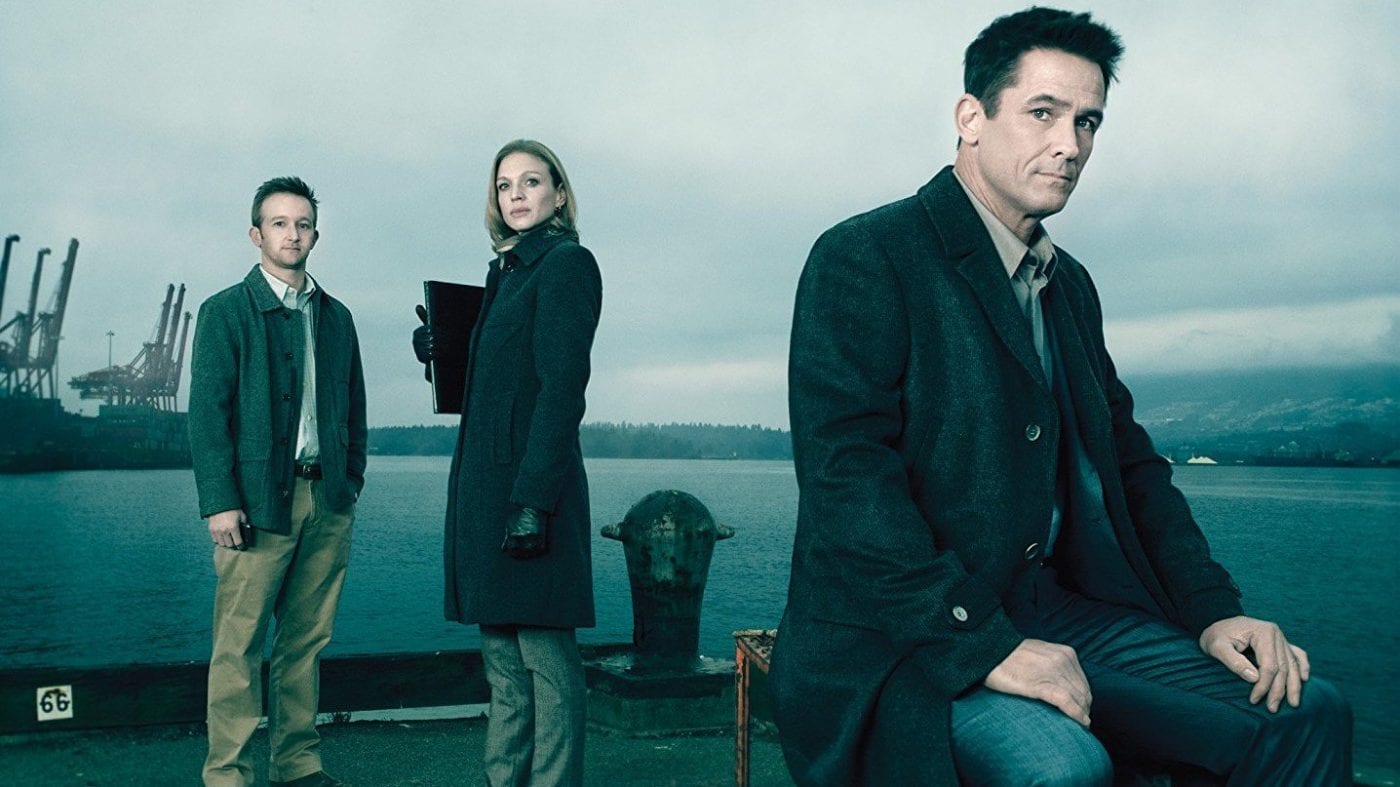 The biggest connection between Episode 2 and Twin Peaks is our unfortunate victims, Rosie Larsen and Laura Palmer. Like Laura, we’ll find out more about Rosie every week, starting with her personality. Her father, Stan, said Rosie was, “quiet…at home most weekends. Hangs out with her brothers and sometimes with her friend Sterling.” Although this may be true, we know Rosie had a different side to her, as she dressed up for Halloween without telling her parents, owned expensive heels that no teenager could afford, briefly dated a bad boy like Jasper and wanted to move away from Seattle. From the evidence she has gathered, Linden describes Rosie as a “Good girl with no secrets,” however, there was clearly a more secretive side to Rosie, just like Laura Palmer. Both Rosie and Laura appeared to be good, angelic young women to the unsuspecting majority, but we all know of Laura’s darker side, and it looks like Rosie could’ve had a few secrets of her own to hide, too.

The next article in “The Autopsy of The Killing” will focus on the third episode of The Killing, written by Dawn Prestwich & Nicole Yorkin, and directed by Gwyneth Horder-Payton, respectively. And, if you’re enjoying this series, I’d love to hear from you! Leave a comment below, and/or give me a follow on Twitter (@JonSheasby), and we’ll continue the conversation over there.