This week we decided to take on one of the more divisive questions when it comes to being a Twin Peaks fan: “What would you hypothetically like to see from Twin Peaks if we are blessed with a Season 4?”  We didn’t get the same response (off the bat) as we did asking other questions for the column. I think that is because there is so much we love about Twin Peaks past and Twin Peaks 2017 that it is hard to put down into thoughts and words what exactly we would like to see.  When asking this question to our own 25YL site team, a lot of us agreed that while we would be happy with seeing more Twin Peaks (as long as Lynch and Frost were up for it as well) it’s not something that is absolutely imperative.  Some of us had more expanded thoughts when imagining a Season 4.

Our Executive Editor, Lindsay said: “If Season 4 were to ever be a thing, I’d love to see a real return to Twin Peaks in every way possible. I think the ending of The Final Dossier sets up some interesting things about the town that could be experienced first-hand through Special Agent Tammy Preston’s investigation. Subtle differences about the town would present themselves as a result of Laura’s disappearance rather than her death. This could be an interesting way to revisit the town while also diving into that mystery. Tammy would be the main character, and through her eyes we would see the town fresh, the way we saw Agent Cooper explore the town back in Season 1. It could be a fun and fresh way to bring everything full circle.”

One of our writers,  Rob King, “When I listened to your (J.C.’s) interview on Twin Peaks Unwrapped, I heard the common wishes for a more controlled season, a movie or an eight-part event. In my mind, I’ve just been seeing this two-part, four to five hour movie, something in the vein of Fire Walk With Me and its Missing Pieces to continue the story. Wouldn’t it be great to get a two-and-a-half hour first half of a movie and have to wait a month or two or three, all the while digesting the first half, and then get this two-and-a-half hour ending? That’s almost like Kill Bill divided into two in the theaters, right? That feels right for our future experience, if any. I would like to see some Carrie Page flashbacks, more akin to the flashbacks that Leland had of Laura with Ronette and Teresa—the white horse statue on the mantel, the dead man in her living room. I would like to see Carrie’s world in Odessa somehow tied into the chant “This is the water, and this is the well. Drink deep and descend. The horse is the white of the eye and dark within.” I would love to see one solid meeting in the Palmer Lodge with Bob in his Death Bag, the Tremonds, Sarah, “1-1-9!,” the Evolution of the Arm, the Woodsmen, and the Jumping Man. The Fireman and Senorita Dido would observe it from the Mansion, of course. I agree that Audrey’s situation means something, and there is no reason a flashback of how that played out with Mr. C’s influence should not be involved. We should also see the ramification of the line “Diane, do you remember everything?” Janey-E is her sister after all. I would like to see Gordon Cole and Tamara Preston work with Agent Cooper. This is Twin Peaks, though, and I think we would have to see some of these characters’ worlds with Laura having only gone missing. Bobby, Shelley, Becky, and Red feel like the right missing pieces for this one, the spliced in story of the town. Hawk and the Sheriff’s Department still have stakes in missing Laura’s missing diary page. Finally, Beverly and Tom Paige (that is Paige, not Page), I just need more of them in this story.  Also a part of me would also like to see Cooper/Richard return in time to Carrie Page’s house in Odessa, when he met her, but this time, he answers the ringing phone and Jeffries pulls him out.  One last thought.  Becky is having coffee by herself when she looks back and there is her grandmother, Betty Briggs having coffee and pie. She asks Becky to join her. She’s had a dream about Becky’s future.” 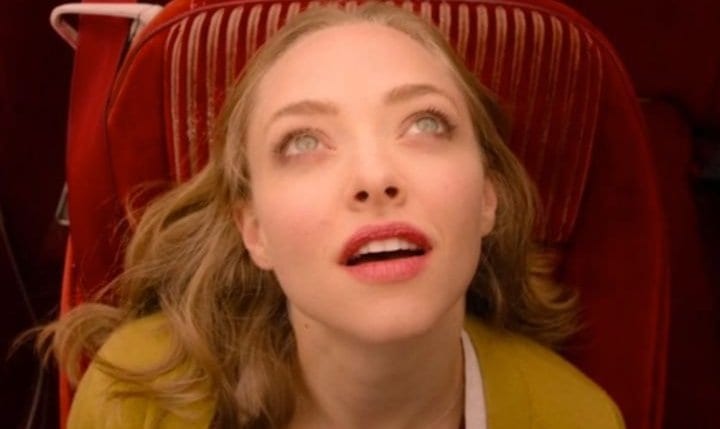 Other fellow Babes had straight forward ideas to a Season 4.

Save Dale before he turns into another Phillip Jeffries and restore the original timeline.

I think Judy will be main antagonist in season 4.

A whole season with Laura Palmer back would be beyond divine

We need more Laura as she is the ONE

Audrey please!! What is going on with my queen!

I want to see a more experienced Sam Stanley.  Maybe he’s spent the last few decades searching for Desmond.  Sure, he’s not part of the Blue Rose, but I’d imagine after Deer Meadow he’s finally got his own M.O.

Of course we got a great comic response.

Episode 18: Dick Tremayne wakes up, he was the dreamer. He turns to his wife Lucy and says, “Gotta light?” 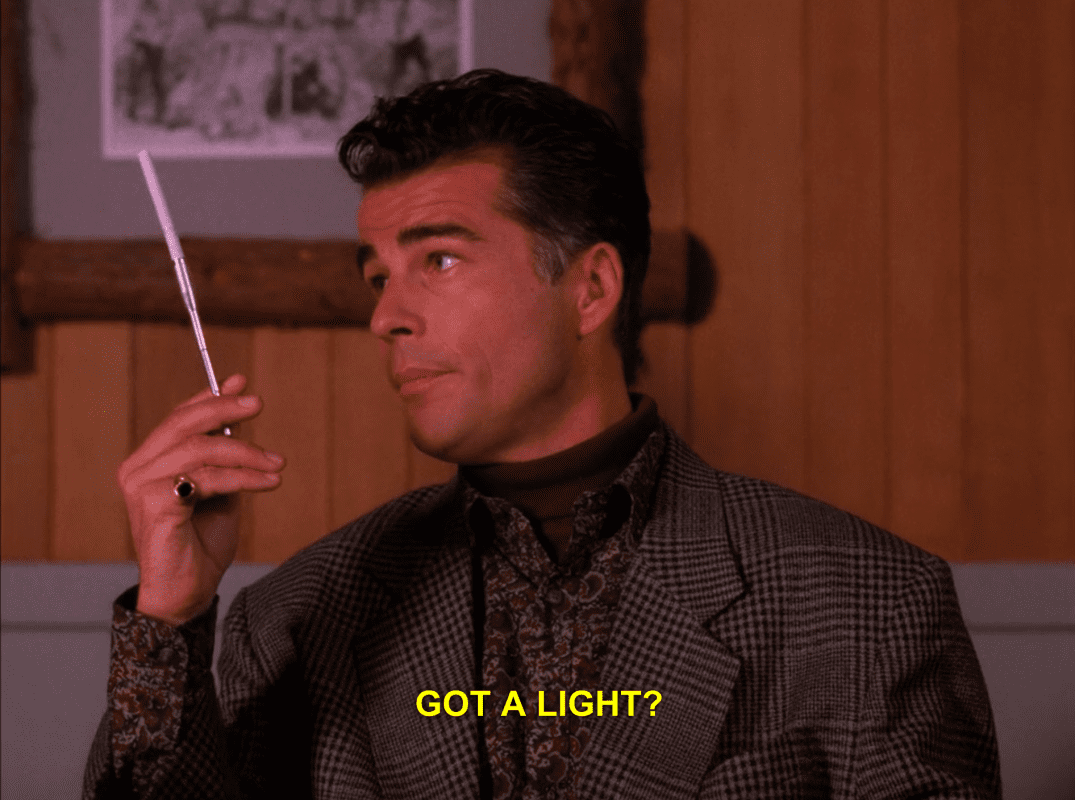 Some Babes were all about the Blue Rose Task Force.

I would like to see the Blue Rose Task Force (BRTF) study the woods in Twin Peaks and find out why this all started there. How Bob found his way to the Black Lodge, and earlier examples of the Palmers being,”cursed” or whatever they are.

Dale bouncing through timelines with Carrie Page trying to find the right one to destroy Jouday, what happened to Audrey, the Blue Rose Task Force taking on a new member in the wake of Albert’s unexpected death, more BRTF investigating Twin Peaks and the mythology of the Lodges.

I’d really love them to open up the Blue Rose agents storyline. I know this is unpopular, but I don’t give a shit about twin peaks as a town.  I want to focus on the Palmer’s/ Judy/Bob murders and the FBI.  More waiting room less RR diner. 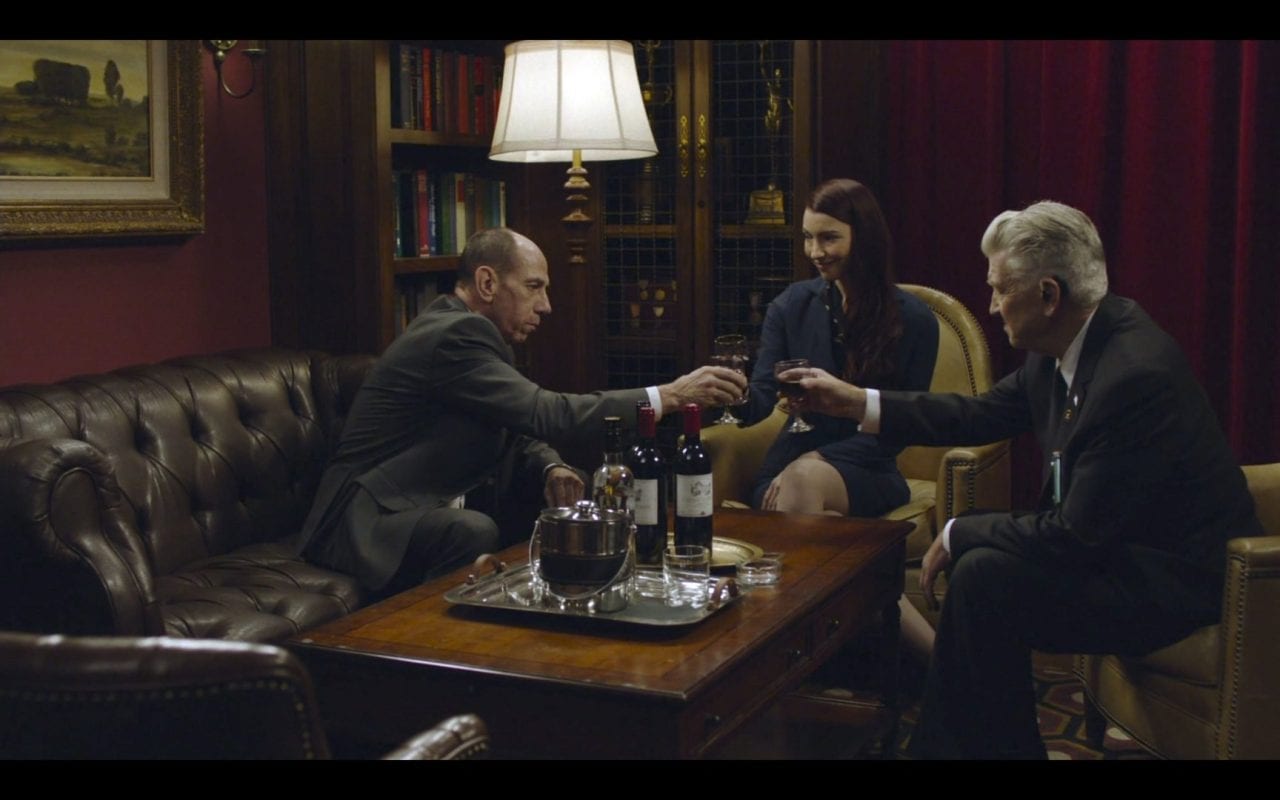 Still others,  would want a more Cooper oriented story this time around, but would also trust in Lynch and Frost .

It’s weird, I can’t think of one thing I would want from more Peaks. Don’t get me wrong, I would love the thrill of sitting down each week to watch the next hour and would still get all of those same feelings. But I can’t think of anything I would want from it, except for it to be Lynch and Frost completely able to do their thing again. Give me a 2-hour Dale Cooper mind bender of a film and I’m happy honestly. 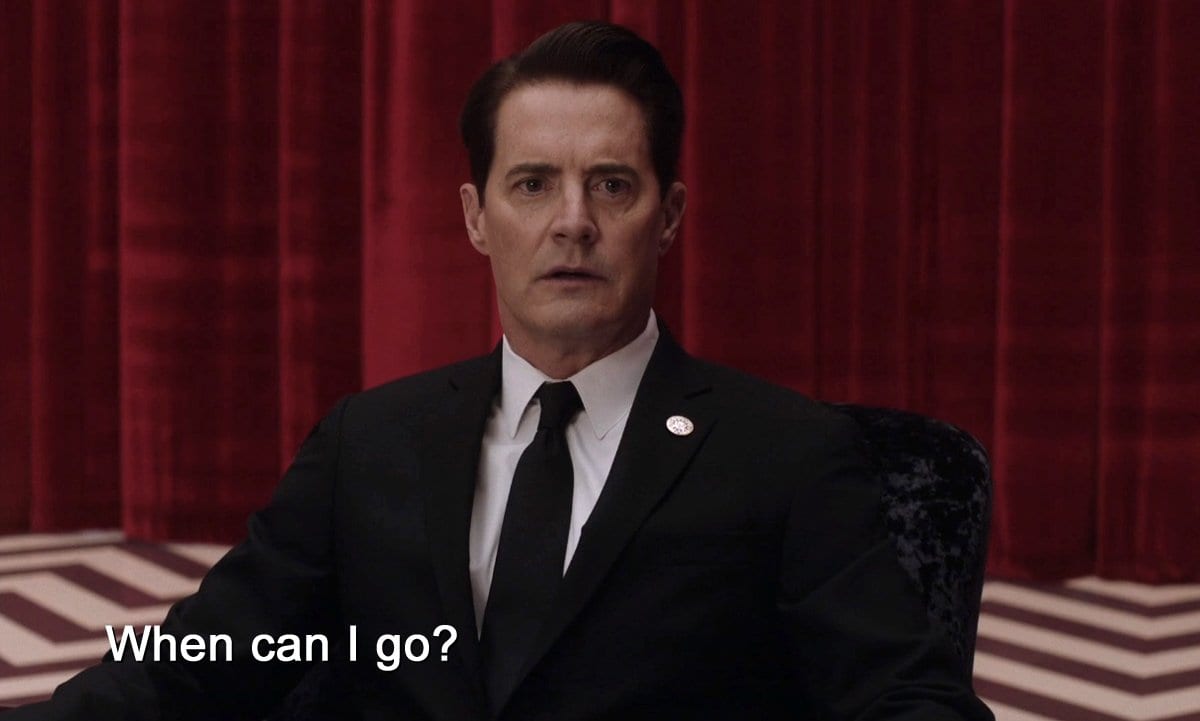 In a hypothetical Season 4,  I would like to see my favourite character, Special Agent Dale Cooper for more time. I love everything About him! The Return was magnificent, but the real S.A. Dale Cooper appeared for a short time, he came back from a trip to take another one immediately. The modalities change, but the end of season 4 it’s like bang head against glass!!! That would be awesome to see the sheriff Harry S. Truman, that helps Cooper to bring home Laura. Anything we will see in season 4 will be wonderful and strange, that’s how we like it.

A story line of Cooper being reintroduced to the town of Twin Peaks.

I’ll leave that up to David and Mark..

Because nothing I could ask for could ever live up to what they would come up with if they decided to do one.

Some Babes had already started the wheels turning with ideas.

It might be cool to have alternating episodes across time, realities, etc. One in the original Twin Peaks reality, one in a world where Laura Palmer didn’t die, one following Diane, Richard, Carrie Paige, one in the 1950’s following up on the frogmoth thing, maybe even one about the first blue rose case, one just for Senorita Dido. Every episode would work as a short film in itself (kind of like part eight of S3), but then there would also be little connections and parallels between them. But maybe this is too tidy for Lynch! It would also be interesting to keep the musical aspect going. I’d love to see Likke Li, who has already collaborated in Lynch, show up in a new black and white episode. It would be great to have Chris Isaak also, if not as Chet Desmond, performing a song then.

So glad you asked. Season 4 opens with Margaret’s (the Log Lady) funeral as told in Mark Frost’s wonderful book. This sets the stage. S4 spends more time in Twin Peaks, because let’s face it if we are granted another season I want as much time as possible with that town and those people. Plus, it will probably be the last one we ever get. Cooper and Laura continue to break thru the Judy veil with some weirder business along the way. Audrey’s awakening leads to the hotel…and from there I’m still working on it. Thank you Babes!❤

Well, the two of us conferred with each other, and we came to the deduction, we have NO IDEA what we would like to see if we were given a Season 4.  I mean come on, our brains come up with theories and thoughts on a daily basis! How could we even start to put that in any sort of sense and we know that it problem would be polarly different from what Lynch and Frost would come up with? Like Eileen said, nothing we could think of would compare.  Even though I said to Twin Peaks Unwrapped this week,  I would like to see more content in Twin Peaks proper, if Lynch and Frost gave us New York and a whirlwind trip to Tibet, I would be strapped in and ready for the ride of my life, because let’s face it, if we are blessed with more Twin Peaks, how could we say no?  I know these two Babes could not.

Until next week, “May your coffee be hot and your dreams damn fine!”  This is the Bookhouse Babes signing off.