Here at 25YL Site, we handle a lot of heavy lifting. Analysis, interpretation, deep discussion, introspective interviews…you name it, we’ve got it. “Favorites” is our new series that takes a lighter approach to the material we normally cover. Each week, one of our writers will take you through their list of favorites – whether it’s moments, scenes, episodes, characters, lines of dialogue, whatever! – in bite-sized articles perfect for your lunch break, a dull commute, or anywhere you need to take a Moment of Zen. So sit back and enjoy this week’s offering: Matt Armitage’s funniest scenes from Twin Peaks.

Twin Peaks was a funny show. This often gets overlooked in the list of adjectives used to describe it, especially now when it has become critically lauded. For a long time it was ‘surreal’, ‘weird’, ‘dark’, but hardly ever ‘funny’. This is strange, because Twin Peaks is shot through with levity and humour. Arguably the original series had more of this light-heartedness, but Season 3, despite it’s darker tone had plenty of humour and slapstick to go around. I’ve restricted this list to five, but it could easily have been a top ten, or a top twenty.

Kid dances in the school hall. 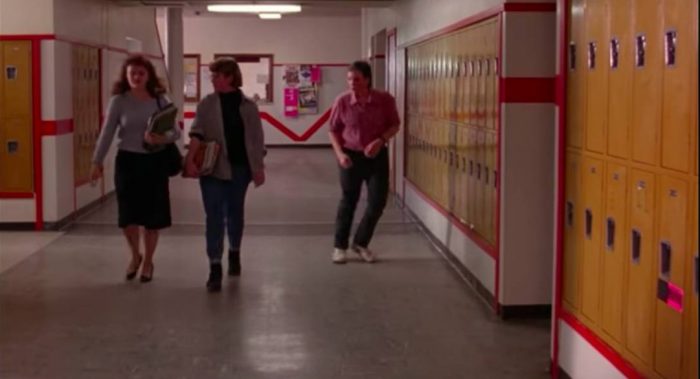 It may not be “roll on the floor” funny, but I still remember watching the Pilot episode and when this scene happened I just knew that this was going to be a show I loved. It was so left-field and unnecessary—just put in there for the sheer oddness of it. It never fails to bring a smile to my face. A similar scene came in Fire Walk With Me, when Bobby dance-walks backward into school while other kids do little waltzes and shuffles in the background. 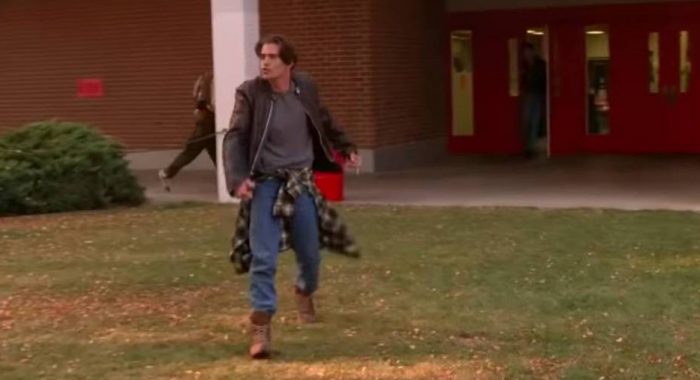 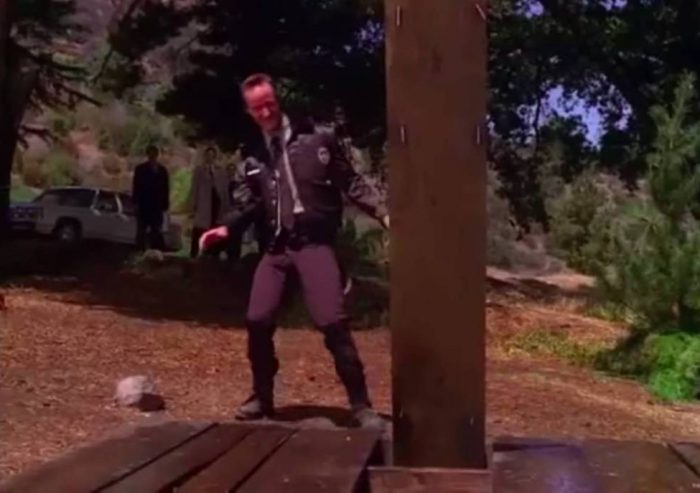 The first episode of the second season was a great episode all round, but this scene is just a masterclass in slapstick comedy. Andy accidentally steps on a loose board and staggers around in a fashion that for some reason I find hilarious, while Albert looks on incredulously. Andy however proves he is part of the greater plan when Leo’s shoes are found under the board. 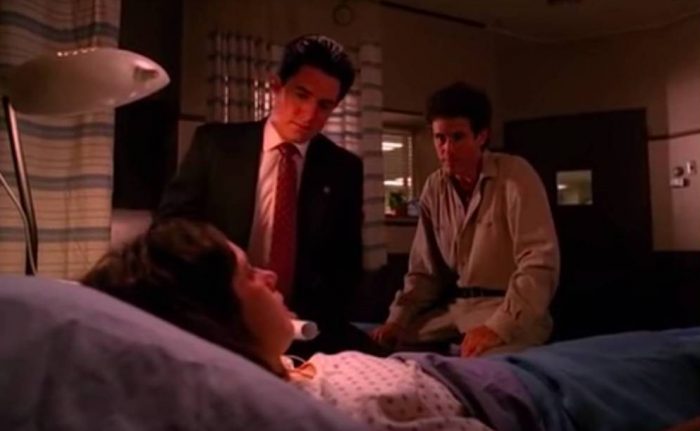 It might be telling that a lot of my favorite funny moments are in Lynch-directed episodes. Here, Harry and Cooper arrive in the hospital to talk to the newly awakened Ronette, but spend over a minutes trying to adjust their stools to the right height. This is Lynch delaying tension at it’s finest, and in the process producing an absurdist piece of comedic television. 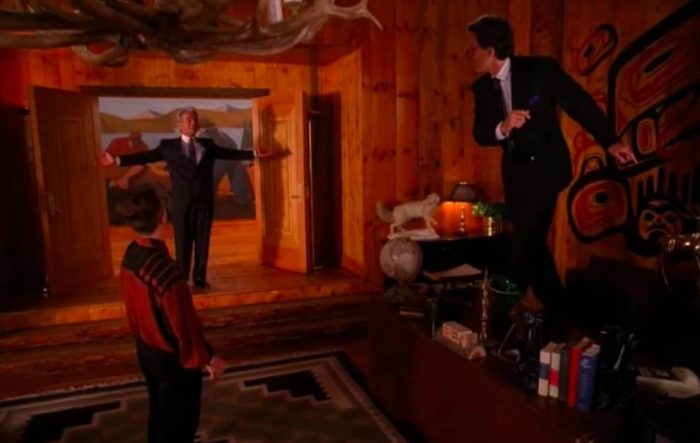 More genius at work. Leland returns to the Great Northern to work shortly after his hair goes white overnight. Somewhat manic, he starts singing “Mairzy Doats”, and instead of finding this peculiar, Ben and Jerry are delighted, Ben jumping onto a table to dance while Jerry breakdances. 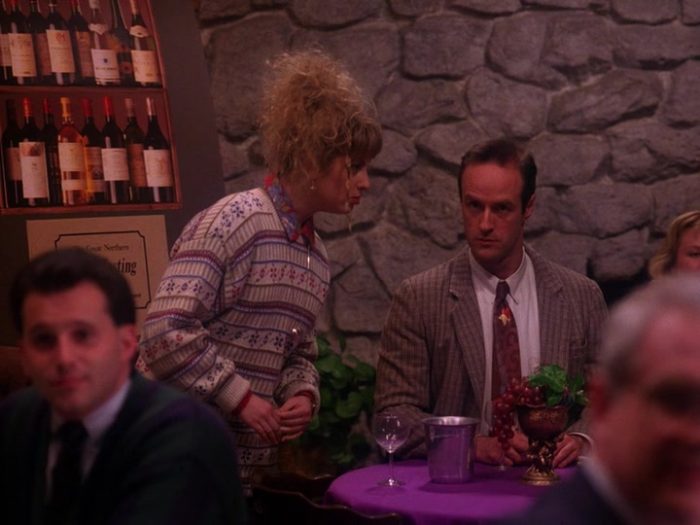 Much maligned as the later part of the second season is, I never tire of watching Dick Tremayne at work. Yes things got a little hokey during season two, but Twin Peaks at it’a hokiest is still a joy to watch for me. Except maybe James’s wild ride. Here Dick – sporting a nose bandage from the great pine weasel riot – hosts a wine tasting benefit and tries to instruct the townsfolk, including a bemused Andy, on how to enjoy wine to the fullest.

There’s a fine line in Twin Peaks between funny and just plain odd, but luckily the two meet quite happily in my amusement zone. I’ll save my favorite surreal moments for another day, in case you were wondering where the llama was!

Those are my favorite funny Twin Peaks moments, at least the ones I could find decent video clips for. Please let us know what your favorite funny moments were on Twitter @25YLSite and use the hashtag #TPFaves, or on our Facebook group