Here at 25YLSite, we handle a lot of heavy lifting. Analysis, interpretation, deep discussion, introspective interviews… you name it, we’ve got it. “Favorites” is our new series that takes a lighter approach to the material we normally cover. Each week, one of our writers will take you through their list of favorites – whether it’s moments, scenes, episodes, characters, lines of dialogue, whatever! – in bite-sized articles perfect for your lunch break, a dull commute, or anywhere you need to take a Moment of Zen. So, sit back and enjoy this week’s offering: Jon Sheasby’s favorite Lynchian redheads.

“Gentlemen Prefer Blondes,” as the saying goes. But strangely enough, as a ginger-haired guy, I find redheads impossibly alluring. Seriously, if I were to give you a list of my favorite modern actresses, whether natural or not, the vast majority are redheads. What do Amy Adams, Christina Hendricks, Emma Stone, Jessica Chastain, and Twin Peaks’ very own Jane Levy all have in common? Well, they’re all uniquely talented incredible performers, they’re ridiculously attractive, and have all found their fame whilst with red hair. And, they’re just a few of the dozens of redheads – female and male – who are currently ruling Hollywood.

So, as 25YL’s resident male ginger, for my “Favorites” topic of choice, I thought it would be appropriate to choose to look at my favorite Lynchian redheads. Hopefully, there will be one or two surprises for you all to enjoy, too. And just to avoid any confusion, my list features both natural and character-specific redheads. If you’re willing to dye your hair red and embrace the cultural stigma that is being ginger, you have my well-wishes for life. All redheads are welcome! Plus, the character(s) had to be directly created or written by Lynch, so, sorry to all those Lana Budding Milford fans! 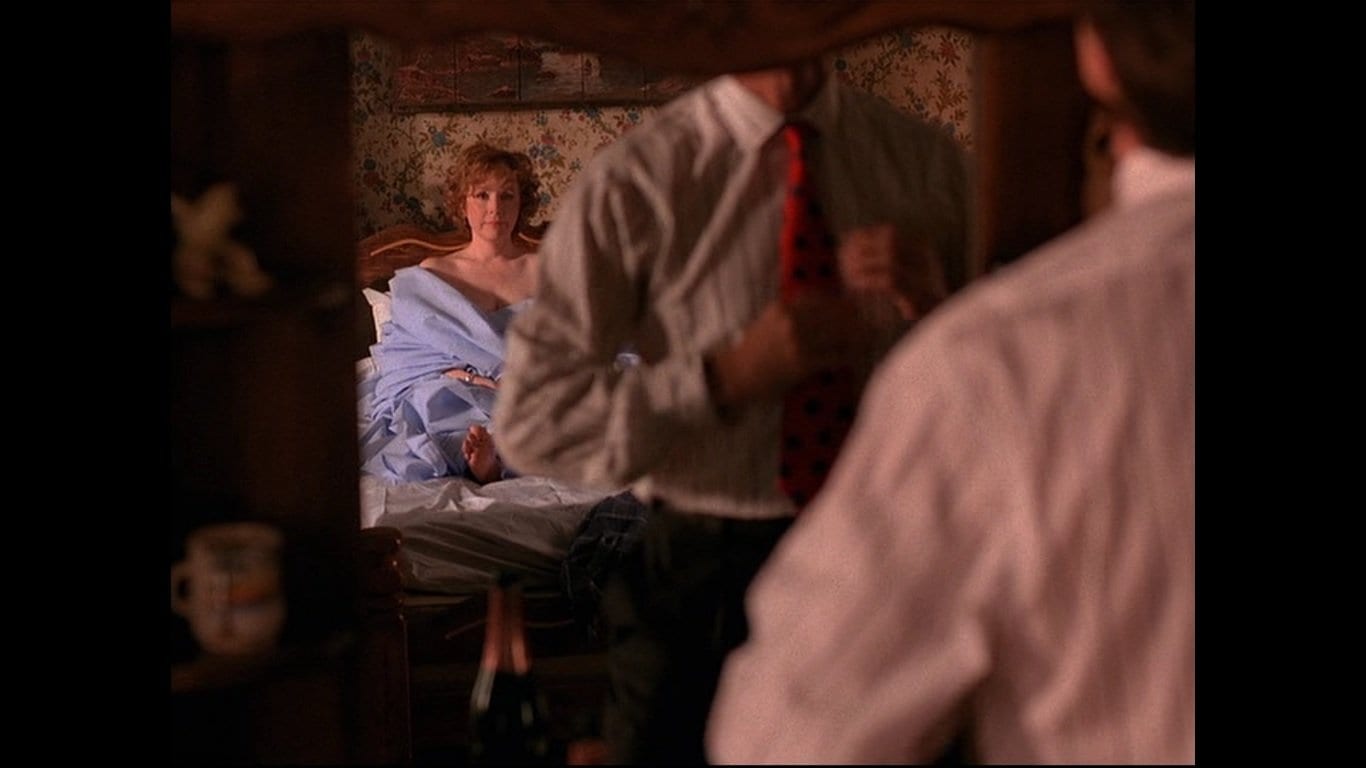 I’ll be the first to admit that I didn’t really care for any of the Catherine Martell plotlines during my initial viewing of Twin Peaks. But, on every subsequent rewatch, not only do I get more and more invested in the character, I appreciate everything Piper Laurie is doing. She is acting royalty, and whilst Twin Peaks is her only venture thus far into the Lynchverse, how can anyone forget Catherine and Pete Martell, and more specifically, Mr. Tojamura. Seriously, did people really not know it was Piper Laurie under that makeup? Congrats on the career, Fumio Yamaguchi. 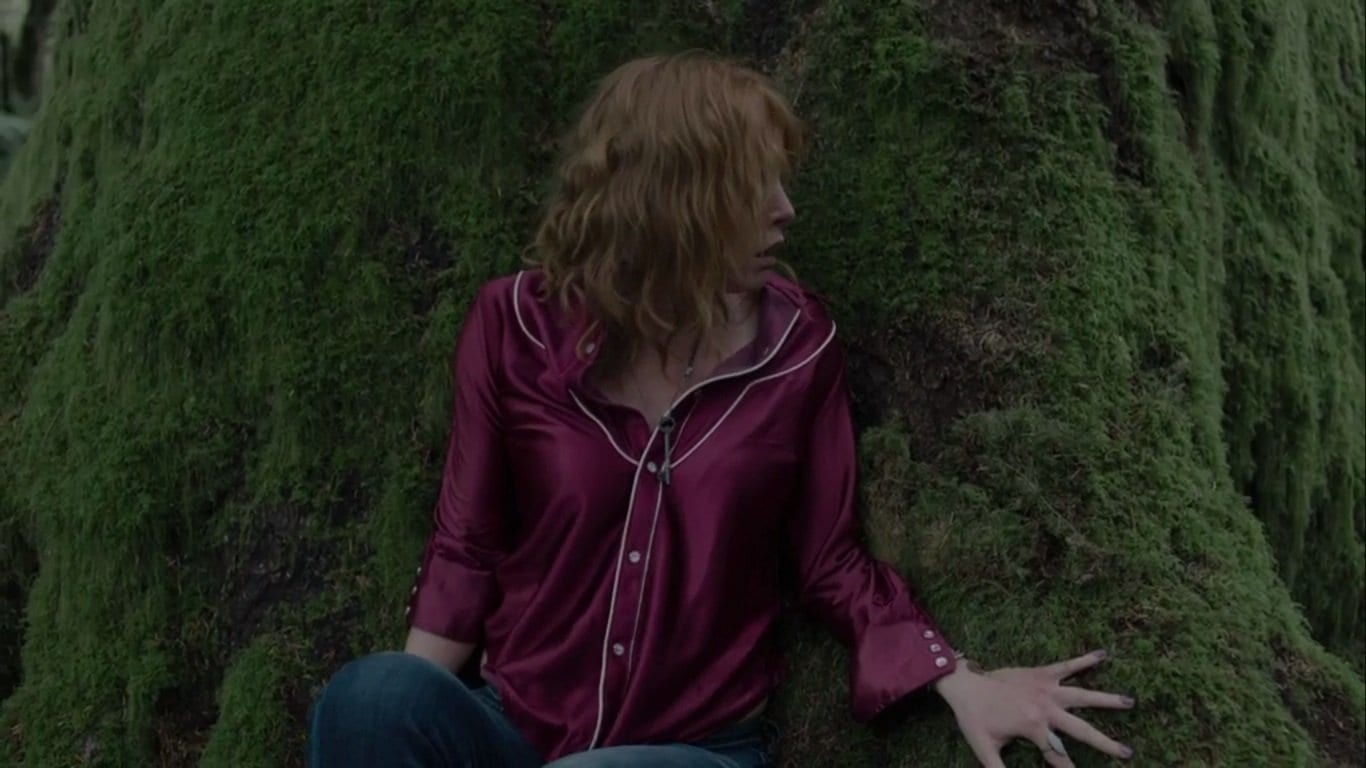 Alicia Witt is a Lynch veteran, who notably made her film and TV debuts in Dune and Twin Peaks, respectively. Though she will always be remembered as Donna’s fairy princess-outfitted, piano-playing younger sister, her return in The Return is one of the more memorable character developments. Things really went downhill for Gersten, with her final scene ending in a typical Lynchian fashion. Witt is an extremely talented actress, who for my money, recently gave one of her finest performances yet in Season 2 of The Exorcist. If anyone is sleeping on that show, I can’t emphasise enough just how great it is and how good Alicia Witt is in it. 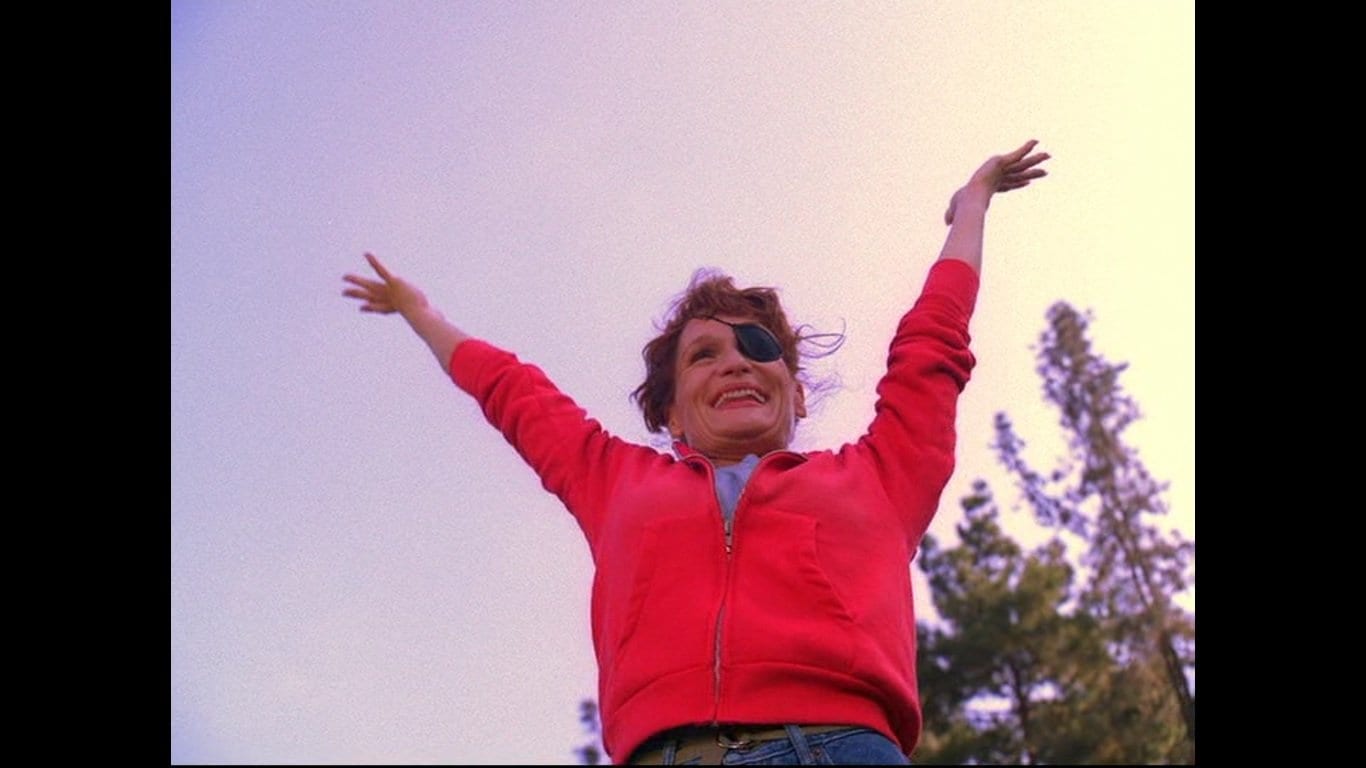 “Big” Ed Hurley is one of my very favorite characters in Twin Peaks. But, behind every Big Ed, there’s a Nadine, and Wendy Robie brings one of the most consistently enjoyable characters to life with an equal amount of seriousness and ridiculousness. Like most characters in Twin Peaks, Nadine has her fair share of peaks and troughs (excuse the pun), but Robie never gave less than 100% and that’s good enough for me. She and Everett McGill have brilliant chemistry, which is why Wes Craven hired them to star alongside each other in The People Under the Stairs. I really enjoyed Nadine’s arc throughout Twin Peaks, and I’m glad she and Ed ended on such a lovely note. 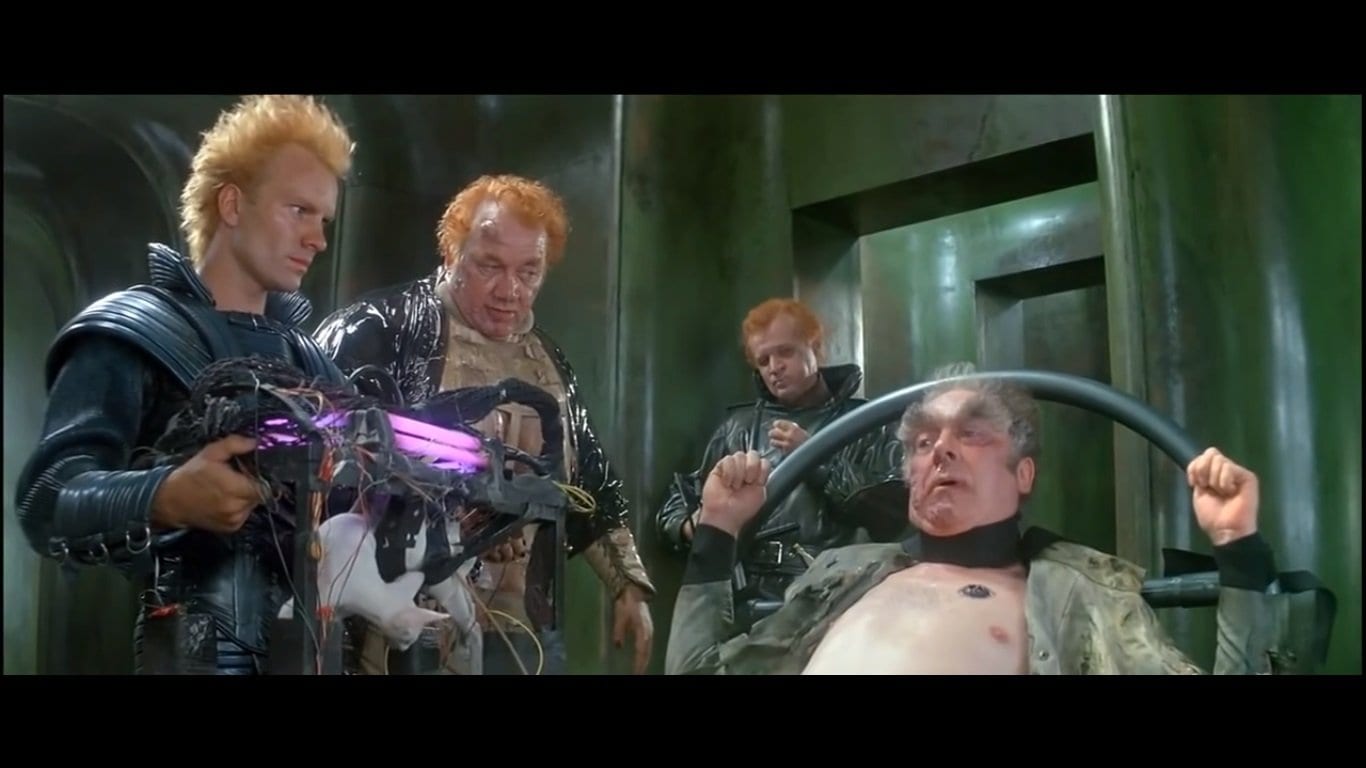 Come on… it’s Sting and Jack Nance. In a movie… together. And they’re both gingers! What’s not to love? It is my belief that David Lynch doesn’t see musicians and actors as separate. Instead, he categorises them both under the umbrella of “artists,” which is why we see people like Sting, David Bowie, Chris Isaak and Chrysta Bell given substantial roles within his work. And, what’s left to say about Jack Nance? Simply, there is no Jack Nance without David Lynch, and there is no David Lynch without Jack Nance. Lynch is known for his many collaborators, and Nance stands among his most crucial. From Eraserhead to Twin Peaks, Jack Nance elevated every scene he was in and immediately demanded your attention with his iconic voice and delivery. Rest in peace, Jack. 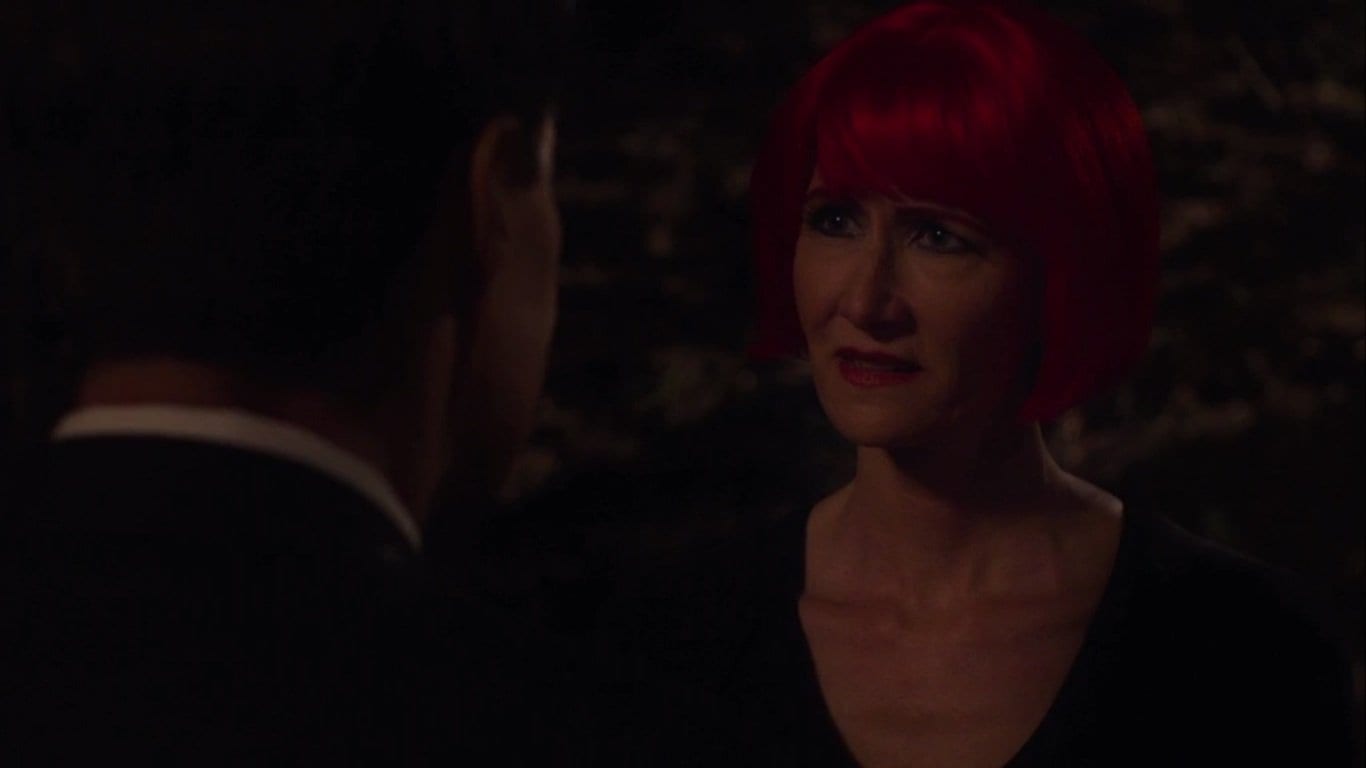 Admittedly, this one is a bit of a cheat, but no Lynch-inspired list is truly complete without an appearance by Laura Dern, right? Still only 51-years-old, Dern has been ever-present in the world of film and TV for decades. Her collaborations with Lynch will go down as one of the greatest ever director-actor partnerships, and hopefully, there will be more to come in the future. Dern’s career shows no signs of slowing down, as 2017 was perhaps her biggest year yet. From The Return to Big Little Lies to Star Wars: The Last Jedi, Laura Dern had a banner year in 2017, which finally gave us the first on-screen appearance of Diane. We all guessed it was Dern’s role since the announcement of her involvement, but no-one could’ve predicted the way Dern brought Diane to life. She became an instant fan favorite with her style, sass and foul mouth. Stay classy, Diane.

Those are my personal favorite Lynchian redheads, so who are some of yours? Please leave a comment and let us know by following the information about our social media accounts, which can be found below. Alternatively, you can follow me on Twitter (@JonSheasby), and we’ll continue the conversation over there. 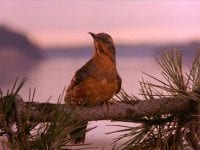