Here at 25YLSite, we handle a lot of heavy lifting. Analysis, interpretation, deep discussion, introspective interviews… you name it, we’ve got it. “Favorites” is our new series that takes a lighter approach to the material we normally cover. Each week, one of our writers will take you through their list of favorites – whether it’s moments, scenes, episodes, characters, lines of dialogue, whatever! – in bite-sized articles perfect for your lunch break, a dull commute, or anywhere you need to take a Moment of Zen. So, sit back and enjoy this week’s offering: Caemeron Crain’s 5 Favorite Controversial Twin Peaks characters

I presume we all love Twin Peaks, but there are some characters that it seems some of us love, and others hate. It is hard to think of another show of which this is true to such an extent. That is, devoted fans of Twin Peaks will nonetheless excoriate certain characters, sometimes to the point of wishing that they did not exist. Of course, there are aspects pertaining to the production of Season 2 that feed into this. Yet, it carried forward in a certain way into The Return; as though Lynch and Frost came to recognize this itself as important to the legacy of the work, and thus as something to be continued.

So, here are my 5 favorite “controversial characters.” I am not claiming these to be the most controversial (I’m looking at you, Wally Brando), but rather offering up a list of those I am prepared to defend.

What characters do you hate? Love? Think are the most controversial? Does anyone like the stuff with Evelyn Marsh?

She stands in for all of the characters introduced at the Roadhouse, but is also my favorite among them. Nothing pissed people off more about the new Twin Peaks than these Roadhouse scenes. They were totally disconnected from the main narrative, and struck many as superfluous. I loved them. Each was a little vignette of life in Twin Peaks now; a fragment of a story that gave food for thought. And these vignettes fed right into the ending of the episode with a song – a brilliant denouement. Natalie stands out, though – I can’t tell you how many times I watched her say “Whoopee.” 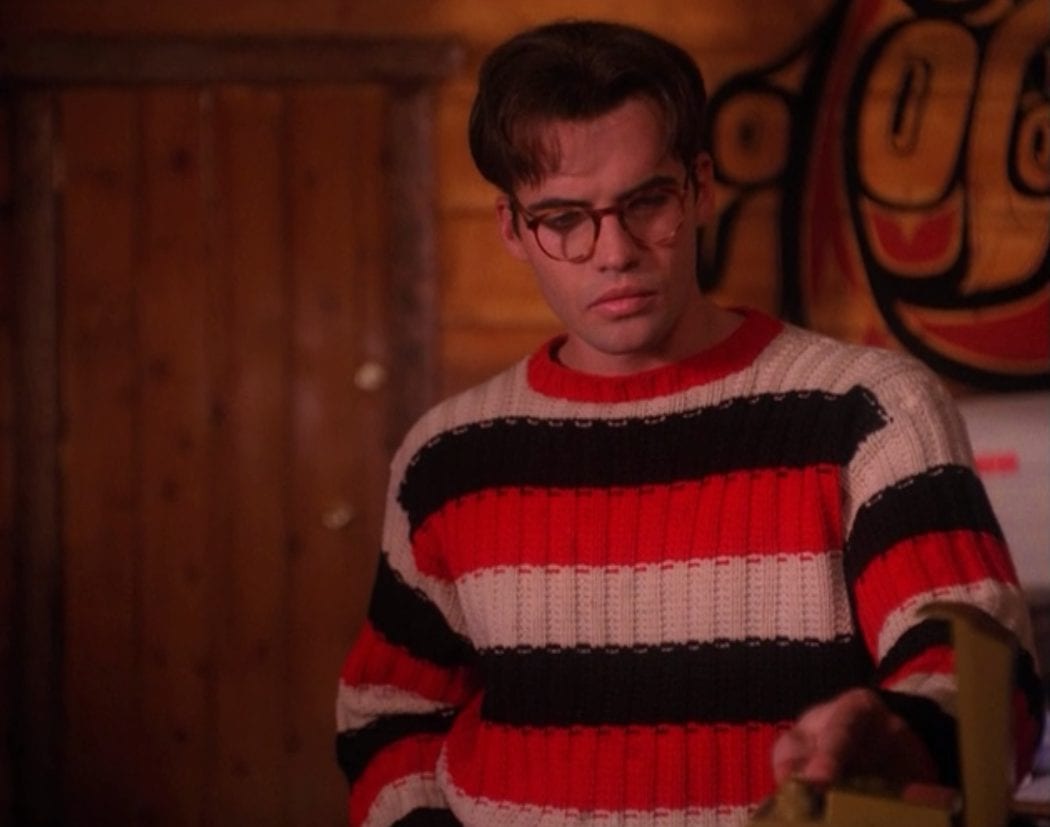 I can’t tell you how much I wanted to put him higher on my list, if only to troll people, but I do think John gets a bad rap. I know there are those out there who wanted Audrey and Cooper to get together, but I have to say I think the show got it right. Agent Cooper with a high school girl? C’mon!

Enter John Justice Wheeler, the love of Audrey’s life. He is kind, and generally a really good man. If Ben Horne is to be believed, he has devoted his life to helping people.

The scene where he and Cooper commiserate about the pains of love is classic; as is his sense of style. His pain at having to leave without saying goodbye to Audrey was palpable. And their ultimate meeting on the tarmac, as brief as it was, puts me in mind of Hemingway’s For Whom the Bell Tolls: it matters not how long the romance lasted, but only the intensity with which it envigored a life.

(Also, I think “Billy” might be a reference to Billy Zane, but that’s another story.) 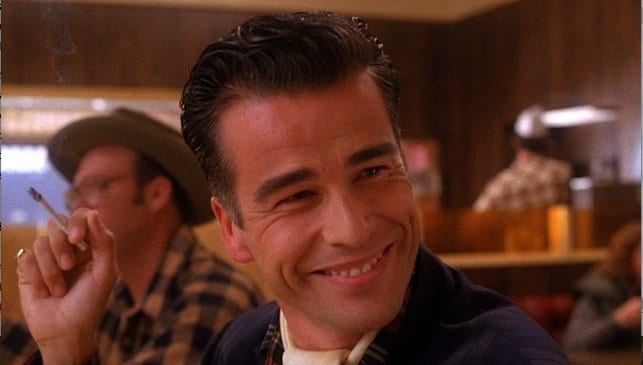 Every time I think of Dick Tremayne, I smile. He seems so wildly out of place in the town of Twin Peaks in one sense, and yet, since he’s been there in the fabric of this universe since the original run, I feel like he just brings out a different aspect of it in another.

He works in Men’s Fashions at Horne’s Department Store, and seems to think that is very posh, indeed. The wine tasting might be my favorite thing ever. Or, no, nix that, it’s when he tries to explain to Mr. Pinkle that using a stuffed Pine Weasel is an issue. God, I love Dick!

The thing is that as much as he comes across as a phony, he also comes across as genuine. He’s a genuine phony; the kind of character you could only come across in a work like Twin Peaks.

When Lucy tells him she is pregnant, he does the ‘right thing’ – offers to pay for an abortion. But he then turns to enter this competition with Andy about being the father. Why? Because he has realized that is the thing to do, societally speaking. He is all surface, but genuinely so, and I thus find him to be marvelous.

The first time I watched Part 12 of The Return, I was frustrated. To such an extent, that, upon reflection, I determined that David Lynch wanted me to be. And nothing was more frustrating than Audrey’s first scene, with Charlie. In the end, after he gets off the phone, she screams at him – “You’re not going to tell me what she said!?” – and we are all right there with her.

But, on a second viewing, and beyond, I have come to view that scene as hilarious. Moreover, putting that scene together with later ones, Charlie has become one of my most beloved characters.

He is so sleepy and has so much work to do. He always feels like himself, even though it is not always the best feeling. He understands that he is Charlie and Billy is Billy. 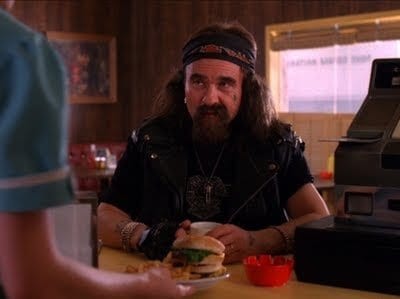 After the resolution of the central question of Twin Peaks – who killed Laura Palmer? – it was clear that Windom Earle was introduced to provide the show’s next big hook. Dale Cooper’s criminally insane former partner had escaped from custody, and was now after our beloved Special Agent. It would be an understatement to say that many did not find this story arc to be compelling, but I think the question may hang on how one receives the character of Windom Earle himself.

I have always found him to be hilarious; from his maniacal laugh, to his overwrought rants and outrageous disguises. Additionally, he grants further access to what was always been the truly central mystery of Twin Peaks in my mind: the question of the Lodges. He takes glee in the notion of harnessing the evil of the Black Lodge, but it ultimately becomes clear just how little he understands. His hubris leads him to ask for Dale’s soul, only to have BOB take his instead.

After having been presented as the primary villain for as long as he was, Earle’s ignominious end subverts expectations in line with the best tradition of Twin Peaks. And, frankly, I loved every minute he was onscreen. 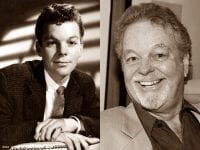