Here at 25YLSite, we handle a lot of heavy lifting. Analysis, interpretation, deep discussion, introspective interviews… you name it, we’ve got it. “Favorites” is our new series that takes a lighter approach to the material we normally cover. Each week, one of our writers will take you through their list of favorites – whether it’s moments, scenes, episodes, characters, lines of dialogue, whatever! – in bite-sized articles perfect for your lunch break, a dull commute, or anywhere you need to take a Moment of Zen. So, sit back and enjoy this week’s offering: Lindsay Stamhuis’s top 5 silent character extras.

“Write a ‘Favorites’ column,” they said. “It’ll be fun,” they said. So I picked a topic I thought could be simple and suddenly went up through a spinning sky vortex discovering just how many amazing moments exist in Lynch films with characters who have no lines. It was pretty difficult to narrow this down, and some might be a bit controversial, but I hope you’ll stick along for the ride nonetheless.

In a scene as harrowing as Part 6’s hit-and-run, you might wonder why or how it came to be that I could find any favourite moment to be had. But the crowd of silent witnesses to the devastating accident made me—and I’m slightly ashamed to admit this—laugh when I first saw it. I think it was a nervous thing, such a Lynchian response: he shows us a moment of unimaginable horror and immediately afterward shows us something else that brings us out of that moment to a different kind of emotional place altogether. The extras in this scene show such extreme emotion, but stand stock still, doing nothing. It’s so strange, we couldn’t help but laugh, if only to break the shocking tension of the moment. Like the guy who giggles at a funeral. Jarring juxtapositions heighten the surreality in a way that Lynch is famous for, but maybe they also provide a buffer, a moment of something else, so we don’t become overwhelmed. That’s what these characters did. 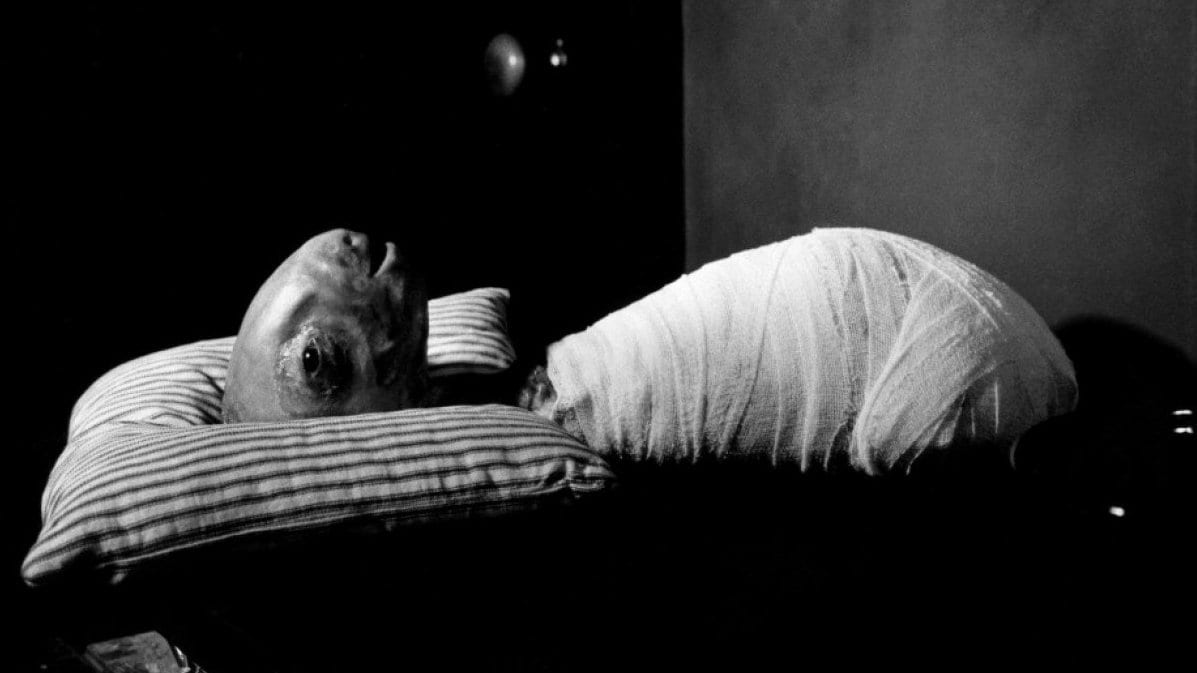 This one might be a bit of a cop-out but I’m going with it anyway: the Eraserhead baby has no spoken lines whatsoever (only a few cooing/garbled throat noises and one mocking laugh) so in my view, even though it’s a central character in the film, it counts. The baby is the raison d’être for the film; I’d tell my Language Arts students that the baby’s emergence into the life of Henry Spencer is the initial incident that drives the plot towards its filicidal ending. But also, I mean…come on! For someone/something with no spoken role whatsoever, that baby is a truly terrifying character! 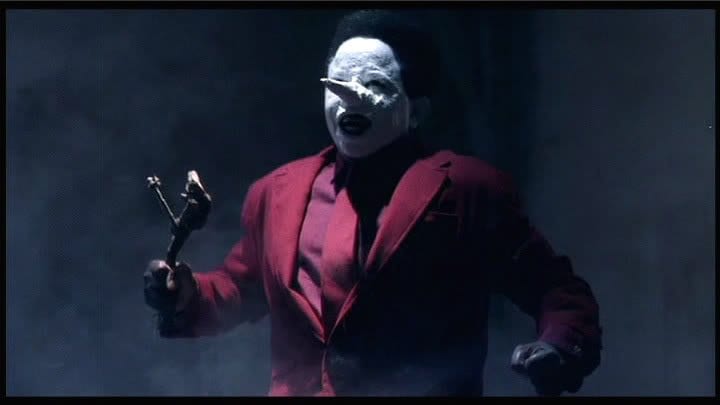 We still don’t know much about the Jumping Man or what his role is. We know that he sits/stands/jumps above the Convenience Store; we know his mask finds its way to the Boy; we know he seems to wear Sarah Palmer’s face in his final appearance in The Return. His chittering squeaks are the only sounds he makes, which add to the mystery. Who is the Jumping Man? He won’t tell us, that’s for sure.

Don’t sit there and pretend this moment didn’t make you crap your pants because we all know you’d be lying. The wordless scene behind Winkie’s is still up for debate in some corners of the Internet. Is the Hobo a representation of the evil in Hollywood? The evil in the world as a whole? A Lodge entity? Doesn’t much matter: the Hobo gives me a near-attack every time I see him/her and thus deserves a spot on this list.

You thought I’d forget this Dancing King, didn’t you? I got all heavy and dark with the first four entries, talking about Lodges and death and horror. You probably thought I’d skip this guy entirely. But nope, here we are, facing down the hallway of Twin Peaks Consolidated High School, watching a student worldlessly (bafflingly) robots his way off screen. It’s bizarre. It’s hilarious. It’s perfect.