“Black Lodge/White Lodge” is the occasional 25 Years Later version of the popular point/counterpoint style of debating, wherein two sides take opposing views and hash it out on stage. Here, we’ll be debating the finer points of Twin Peaks lore, in writing, for your reading pleasure.

The topic is: Which of Audrey Horne’s romantic leads is best? (With a HUGE caveat that Cooper never actually dated her…who’s left??? That’s why we’re running this one on April 1st.)

This is quite frankly, going to be the most one sided debate that the Black Lodge/White Lodge has ever seen, and I am fighting on the winning side.

When it comes to those that have adored Audrey there is really only one – King Tuck himself, John (Jack) Justice Wheeler – JJW to his friends (i.e. me in my meta fantasy). It was lust at first sight for Audrey, the love would come just seconds later when she learned he’d arrived in town in his own plane.  It would turn out that the feeling was mutual, JJW didn’t mind her prissy behaviour and bad customer service, no, the second he saw her name badge and realised who she was he was swept into a blissful memory of a ten year old Audrey dressed as Heidi.  Yes, let’s gloss over that….

From that moment on a playful game of ‘I hate you but I love you’ began. Audrey forgot all about the not so special anymore Agent Cooper and who could blame her? JJW is a beautiful thing. Tall, dark, handsome and with a fashion sense that not even Big Dick Tremayne could rival.  Just imagine how Audrey felt when she sneaked into his boudoir at the Great Northern, to be confronted by a bespectacled heart-throb in a sweater so dazzling, tucked into his pants, waist so high – the sheer audacity of it is enough to win any woman’s heart forever. The sight of the sweater made her want to give up her virginity right there and then, but no – JJW was a gent, he’d wait at least one more day before taking that.

That’s not to say that JJW was out for one thing, on the contrary – he wooed Audrey in style, taking her for a picnic and serenading her whilst wearing a cowboy hat no less, in a moment that would make even James Hurley cringe. The fact that she didn’t wince once and appeared to actually enjoy it shows that this was true love indeed. Here lies the most important point, readers – Audrey loved Jack. She had no love whatsoever for Charlie, indeed hatred would be a more appropriate word to explain her feelings for him. Theirs was clearly a marriage of convenience not borne out of romance at all. He may have stuck by her through some very difficult times, but let’s face it Charlie enjoyed driving Audrey crazy, enigmatically and frustratingly not telling her what he was talking about on the phone, rather sinisterly threatening to “end her story” and being so goddamn sleepy that it took three episodes for him just to get his coat on.

No wonder then that Audrey cheated – and who did she cheat on him with? Even if it’s all in her head, in the world of Twin Peaks where Monica Bellucci exists in a very meta sense it’s pretty clear the man she had loved all this time was Billy – Billy Zane, who is of course JJW. It makes no sense whatsoever but hey this is Twin Peaks so I don’t need to explain myself. Audrey would never have cheated on Jack, I mean why would she? No-one would sneak off for a Kraft slice when they had a wheel(er) of cheese at home.

We may never learn of what happened to Jack after he flew off to Brazil but we do know that he promised her he would return and he was a man of his word. It is sadly quite probable then that a terrible fate was befallen to him for it would have taken something catastrophic for this Romeo not to return to his little spitfire. Their love may have been fleeting but it was True, and that is why John Justice Wheeler is without a doubt the Greatest of Audrey’s beaus. 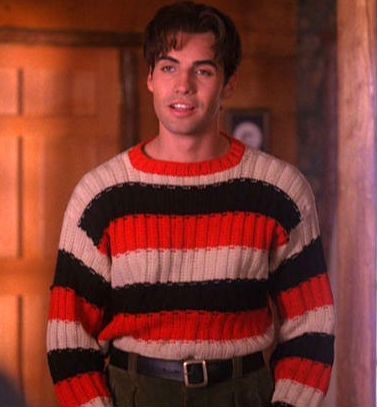 Ladies and gentlemen of the Twin Peaks jury, I am not a lawyer. In fact, I’ve never even played a lawyer on TV. What I am however is a man who knows true love when he sees it. Not the cartoonish, stars in your eyes, wobbly knee love depicted in other shows but a genuine love that has its up and downs, ebbs and flows and lasts during good times and bad. The third season of Twin Peaks showed us that love. It looked nothing like Audrey and Cooper’s flirting during the original run. It wasn’t as fiery and passionate as Audrey’s sex-capades with the tucked sweater himself, JJW. This was the kind of love that lasts a lifetime, a type of love so many of us long for. The kind of love that will always wake you up no matter how sleepy you are. Yes ladies and gentlemen, the greatest love of Audrey’s life will always be the man who will end your story himself, Charlie.

Season 3 showed us the hard times of their marriage. No matter what your theory is on what was actually going on with Audrey, it’s obvious that she wasn’t well. Who was there for her during her times of need? It wasn’t Cooper or any of his 108 documented personalities. It wasn’t “The Man in the Wool Sweater” – he was probably off deflowering another former business partner’s barely-of-age daughter in a plane somewhere. No, it was Charlie. The man could barely keep his eyes open and there he was, picking up the phone, trying to track down the man his wife was cheating on him with. Why was he doing this you ask? Because he loved the adulterous Audrey Horne and he was willing to do anything to help her and her declining mental health.

Season 3 showed us that Audrey was a mother and The Final Dossier shed a little bit of light on the family dynamic. Charlie and Audrey were wedded shortly after Audrey’s son, “Little Dicky”, turned ten years old. Can you image being Dick Horne’s step-father for fifteen years? Fifteen years of his attitude, behavior problems, legal problems, the stress he must have put Audrey through. Charlie never left during any of those trials and tribulations. No wonder the poor guy was sooooo sleepy by the time we saw him onscreen. He’s been extremely busy being the emotional rock for Audrey for so long now. He had to have been exhausted.

Ladies and gentlemen of the Twin Peaks jury, I’m not asking you to come to any conclusions you haven’t already come to in the back of your mind somewhere. Yeah, JJW is cool. A smooth talking fashion icon he might be but we have not one bit of evidence to show that he so much as checked on Audrey after he took her virginity. That makes him Captain “Hit and Quit” not the great love of her life. The Beatles once told us that all we need is love. Audrey has so much more than that. Charlie stood by Audrey, helped pull her up when she was done, didn’t hook up with an ex-nun or hop on a plane when her really shitty kid started acting out. He stayed. He didn’t leave when he learned of Billy. He took her to The Roadhouse to help look for him all because he loved and wanted to help Audrey that much. Charlie is a Saint and absolutely the great love of Audrey Horne’s life. 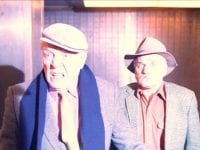