This article is now available on Audio, written by Andrew Grevas and read by Jill Watson exclusively for our Patreon supporters. For just $3 a month you will have access to our full library of Audio content, plus three new uploads every week. To sign up visit our Patreon page: https://www.patreon.com/25YL

The final season of Lost was marred in controversy right out of the gate. There was a very vocal portion of the audience that expected a season full of answers to the five seasons worth of questions that had been asked. The sixth season’s premiere, “LAX”, established that not only would answers be doled out less frequently than some hoped for but also that the show had new questions to ask. This is where the fandom became divided. There was a camp that felt the show was moving along at a nice pace, answering some mysteries and telling an interesting final season story. Then there was the other camp that felt we didn’t need any new mysteries — we needed a resolution. Exactly halfway through the final season, we got “Ab Aeterno”, an hour of television that pleased everyone—a true rarity in Season 6 of Lost.

“Ab Aeterno” was the long-awaited Richard Alpert centric episode people had been clamoring for since Season 3. We finally got to see how Richard wound up on the Island, what his relationship with both Jacob and the Man in Black was like (as well as more insight into those characters) and then also we got answers to other long-running mysteries. Long asked questions such as how did the Black Rock wind up in the middle of the jungle and how was the statue destroyed were finally things we could cross off our list of mysteries. Perhaps the biggest question of all, “What is the Island”, a question many such as myself never expected an answer to was even addressed by Jacob to Richard in an analogy in the final few moments of the episode. Despite the universal praise of that episode, the division within the fandom remained. The clues and answers given in “Ab Aeterno” satisfied some yet made others thirst for more perhaps even more intensely than before.

Five hours of television passed between “Ab Aeterno” and “Across the Sea”, the long-rumoured Jacob and Man In Black-centric episode, with only one episode and the finale to follow. Imaginations raced as to what we could possibly see with these two as the featured characters. How far in the past would we go? How many major Island events would we see told through their eyes? It goes without saying, how many mysteries would be solved? What we got was a rarity in many senses – none of the main cast appeared except for a brief clip shown at the end of the episode, the entire episode took place on the Island and in what we can only assume was early BC times, almost the entire episode took place in chronological order, was only the second episode of this season to not include a flash sideways, there was no secondary plotline in the episode and was the only episode to have its centric characters already dead at the start of the episode (Nikki and Paulo were paralyzed but still alive at the beginning of “Expose”).

The entire hour was dedicated to the relationship between Jacob and his twin brother, who as it turned out, was never named and the woman they knew to be their mother. Many familiar Lost themes applied to this episode, despite its glaring differences: Pregnant women and the Island are a bad mix. Issues stemming from difficult relationships with parents (While Lost was notorious for its characters with Daddy issues, this episode focused on Mommy issues). Are people inherently good or bad?  Children who are “special”. For every question answered, a new question arises. “Across the Sea” was the closest thing to an origin story we were ever going to get for the Island. We learned that “Mother” had been the protector of the Island role before Jacob, despite sharing a much more similar outlook on people with The Man in Black rather than her eventual replacement, Jacob. She did tell us that she wasn’t the first protector of the Island, so how this process came to be was left to our imaginations. For the purposes of this episode and the story it was telling, we were just meant to know while this story was happening two millennia prior to our main castaways, the Island and its story goes back even further.

The concept of “others” on the show also predates this story. The people from the shipwreck that brought Jacob and MIB’s birth mother Claudia to the Island settled on the Island and started a new life out of necessity,  like so many others after them (and likely before) would as well. The woman who killed Claudia after delivering the twins to raise as her own who we would only know as “Mother”, makes it clear that the twins are not to speak to the other people on the Island. When the young Man in Black realizes that he is, in fact, special through the help of his deceased biological mother, he breaks free from the woman who stole him at birth. He rejects her vision of his life, to protect the Island and takes refuge with the other people on the Island, dedicating his life to leaving the very Island he was born on. While he shares the same outlook on people that Mother does, they are means to an end for him. Knowing that he is special is what leads Mother to burn his village and killing everyone he lived with.

I’ve often wondered about the damage Mother created. To me, it’s always seemed like it was beyond what a human could do. In fact, the entire scene screamed Smoke Monster to me. While we were led to believe that the Smoke Monster originated when Jacob threw MIB into the “heart of the Island” after MIB killed Mother, to me that’s a debatable point. Mother told the boys her job and eventually one of theirs would be to protect the cave filled with light because while everyone had a bit of that light in them, people were greedy and would want more. In “Ab Aeterno”, Jacob described his job as to contain an evil so great it should never be unleashed on the greater world. If the Island existed long before Mother and had always had a protector, it strikes me as quite plausible that the Smoke Monster was always around too. Could Mother have summoned the Monster to destroy the village where MIB lived? Was the connection between Mother and the Monster something more than that? Mother’s personality again favored MIB’s much more than Jacob’s. One reoccurring thought I’ve had was that perhaps previous guardians of the Island prior to Jacob were the embodiment of the struggle between “light” and “dark” — part good-natured protector and part Cerebus like defender of the Island. Mother (and possibly those before her) represented the yin and the yang, but by having the twins each favor part of her and neither the sum, the Island became out of balance so to speak. Other observations that bring the possible connection of Mother to the Smoke Monster include her telling the boys that going into the “heart of the Island” was a “fate worse than death”. This sounds like it was spoken from experience. Could one of the skeletons found by Desmond and later Jack inside the cave have belonged to her? Was she, at one point solely the protector of the Island before her curiosity leading her inside the cave, thus becoming both protector and monster? One thing is for sure: There’s no way she could have filled the well and destroyed the village and killed everyone there on her own. In an episode where people expected more answers and thought they had one with the creation of the Smoke Monster, I disagree. I think Lost gave us one of its greatest questions here and one that absolutely warrants more discussion (and perhaps its own article).

By the time “Across the Sea” was over, fans were even more divided. One camp loved what we learned about the story of Jacob and MIB heading into the final confrontation. Their feud was filled with context, the Island itself filled with their history. One of the show’s oldest mysteries, the question of who the skeletons found early in Season 1 that Locke dubbed, “Adam and Eve” were, was answered. Jacob had left the bodies of his brother and “Mother” to lay together for eternity. The show had also pulled off something quite spectacular; making the audience feel empathy for MIB exactly seven days after he was responsible for the deaths of original cast members Sayid, Sun and Jin in one of the series most devastating sequences. That alone was an achievement worth celebrating, Lost‘s constant reminder that nothing is truly black or white but always a shade of grey. Of course, Across the Sea had its many detractors who felt that close to the end of the series we needed answers, resolution and not time spent on character development. This leads us to the most polarizing episode of all, The End, but that’s a future article. Until next time, Namaste and Good Luck! 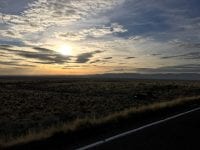