Ever since agreeing to do this, I’ve second guessed my decision. How the hell am I going to identify any kind of ranking system for Lynch’s features? Lynch himself is my favorite filmmaker, which should come as no surprise to anyone. Each film has such different meaning to me and conveys so many different emotions that I’ve never really been comfortable identifying which films I prefer. Most of his work I’ve seen more times than I care to count and I continue to view those films. However, duty calls, and it’s my turn to take part in our “Favorites” series. My original plan was to actually rank the films and put together a list, ranked from 10 to 1. A few days later, I looked at the list and made corrections. Then I corrected those corrections. The idea of saying I liked Blue Velvet more than Mulholland Drive made complete sense one day only to not feel right at all the following day. So I compromised: I’m not going to rank Lynch’s films but rather tell you today my “Top 5” Lynch films, which are in no particular order and briefly describe what I love about that film. As far as the five films that didn’t make the cut, it wasn’t easy. A lot of people will disagree with me but I suppose that’s the fun of it. So after you check out my Top 5, let us know on social media or in the comment section here on the site what you’re Top 5 Lynch films are. Let’s rock!

The winner of the Palme d’Or at the 1990 Cannes Film Festival gives me all the feels. A rock n roll love story, Wild at Heart has been described by Lynch as a film about “finding love in hell”. Violence in America dominated the local news at the time, and Lynch was one of the first filmmakers in that time period to translate that onto the big screen, a trend that would be followed by many American filmmakers over the next few years. In typical Lynch fashion, Wild at Heart told a real-world story in a stylish, fictionalized way. The core of the film is the love story and despite the world being “wild at heart and weird on top”, Sailor and Lula (played to damn near perfection by Nic Cage and Laura Dern) are trying to keep love first. Many of the film’s most memorable moments come from the amazing supporting cast of characters that Sailor and Lula encounter while on the road, something that would come up again in 1999’s The Straight Story. This film is sexy, tragic, violent, fun, horrifying, romantic—just like the real world.

Blue Velvet is the film that cemented David Lynch’s place as a filmmaker to be watched. His earlier work captured the minds and imaginations of what we now refer to as the art-house crowd (Eraserhead) and even garnered mainstream critical acclaim (The Elephant Man) but Blue Velvet was what showed the world that when left to his own devices, Lynch was capable of being perhaps the only “American surrealist”,  a term many viewed to be an oxymoron at the time. Blue Velvet used vintage Americana to lure the audience into a trap, the story of what happens behind closed doors every day all without anyone being the wiser. Blue Velvet at times is downright horrifying as Lynch doubles down on certain themes in the film. Some cite the character of Dorothy (played by his at the time girlfriend Isabella Rossellini) as an example of Lynch going too far, with some even accusing Lynch of misogyny. The disturbing nature of those scenes are everything to the film though, as Lynch forces us to see the sheer brutality inflicted upon Dorothy. Like many abused people in real life, Dorothy still puts on her best face when she’s out in the world despite the agony she lives in at home. Blue Velvet isn’t supposed to be an easy film to take in. It’s making us ask ourselves who in our lives might be a Dorothy Vallens behind closed doors & reminding us that no matter how ideal our setting is, evil is everywhere. 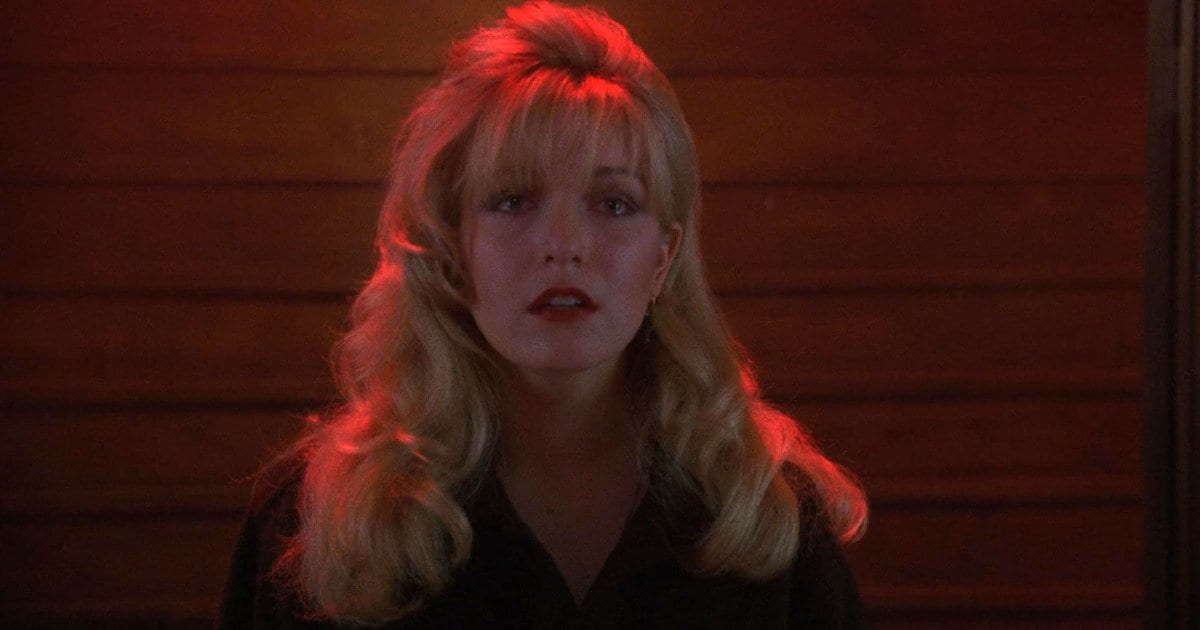 While looking at Lynch’s body of work, an entire chapter should be devoted to this film. It’s connections to the television series aside, Fire Walk With Me marked the beginning of a shift in Lynch’s storytelling & the themes that would often repeat in his work. The concept of time and identity are woven into the fabric of Lynch’s “California Trilogy” that would begin after this film but a flag was planted here. Fire Walk With Me didn’t sit well with a lot of Twin Peaks fans because the show’s charm was nowhere to be found. In the film, Lynch brought the character of Laura Palmer to life, showing us the last seven days of her tragically short life. The film took a stance of the issue of possession and how much guilt should be attributed to Leland which the show had previously been unwilling to do. Whether that was a network call or a decision to be vaguely made by Lynch and Frost together, Lynch left to his own devices showed that Leland was certainly more responsible than many viewers wanted him to be. The story became one of an incest victim and how she spent years crying for help and people either not noticing or not doing anything to help, circling back to the evil that happens under our noses theme that ran throughout Blue Velvet. The content of this film is painful to watch but is also powerful on a level rarely seen in a film. 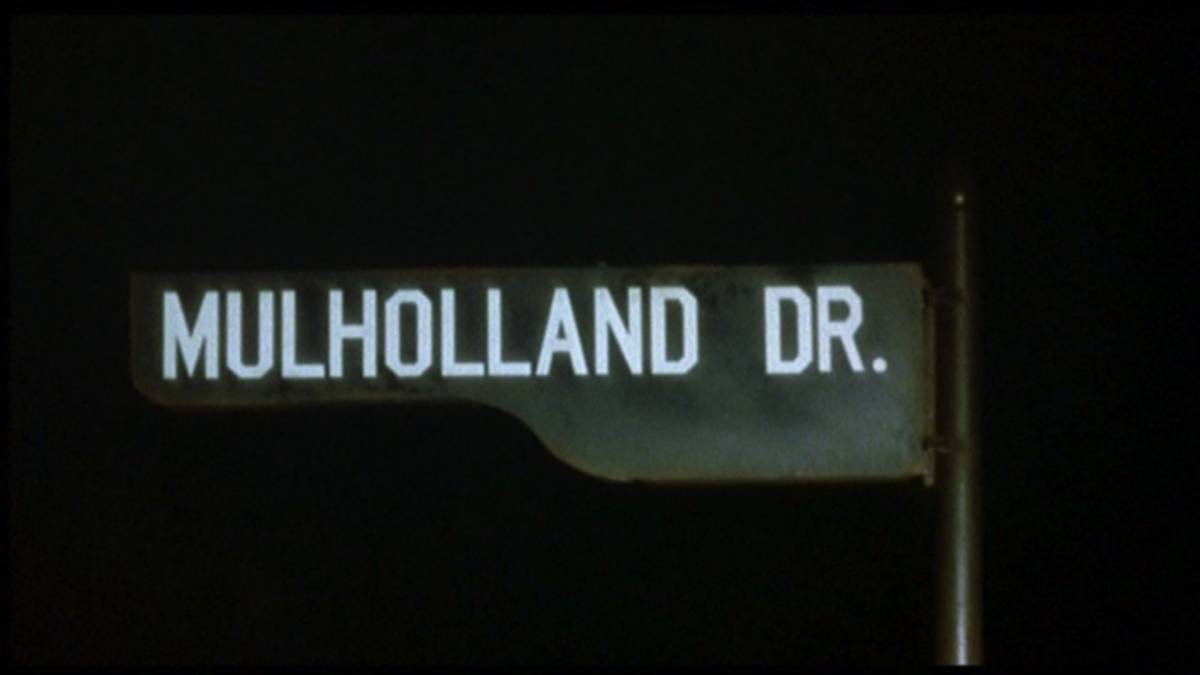 Mulholland Drive returned David Lynch to the favor of both the mainstream media as well as the Academy Awards, where he earned his third Best Director nomination. The second film in his “California Trilogy”, Mulholland Drive has been the subject of numerous theories and attempts at explanation. Despite it’s wide-ranging explanations and analysis, the film benefits from a tighter narrative structure than Inland Empire and also feels like it found the same sweet spot that his early work had previously found—telling a story that left you with plenty to think about, visually stimulating but perhaps not as overly indulgent as other Lynch films had a reputation for being.  Mulholland Drive didn’t feature a lot of “Lynch Mob” members onscreen as it was originally intended for television but several of those cast members would resurface in Lynch projects to follow. Widely considered by both fans of Lynch as well as mainstream critics to be one of the best films of the past 25 years, Mulholland Drive is a ride that deserves to be taken multiple times. 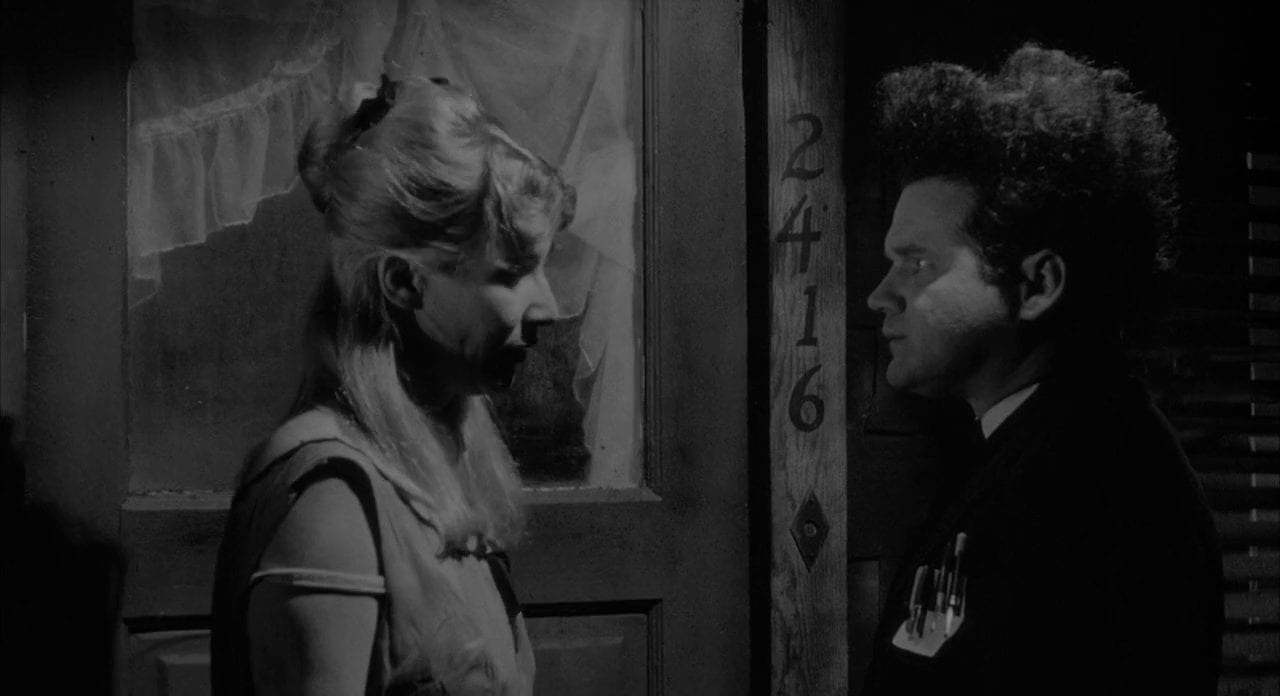 The first feature-length film of David Lynch’s has a backstory alone that makes it worthy of inclusion on this list. Taking over seven years to complete, Eraserhead was a labor of love for not only Lynch but also his friends that made up the cast and crew. Eraserhead introduced us to many members of the “Lynch Mob” both on and off screen, most notably Jack Nance, who starred in the film as Henry Spencer.  Lynch has described Eraserhead as his most spiritual film, and it’s taken me a long time to come to grips with the meaning of that. The film tells its story visually and through body language just as importantly as through dialogue, which is sparse throughout the film. Much like later Lynch films such as Lost Highway, Mulholland Drive and Inland Empire, there’s a lot left for the viewer to decode and ponder for years to come (for more on that, please check out The Key to Eraserhead: An Interview With Jon Fairhurst ). Also, like most Lynch films, one viewing simply isn’t enough. This is art that demands to be revisited.

So there you have it, my Top 5 Favorite Lynch films. It did pain me not to have Lost Highway and The Straight Story not on this list especially, as I absolutely adore those films. So now that you’ve heard my Top 5, what’s yours?