Jubel Brosseau is one half of the creative team that helms the Counter Esperanto: Tangents About Twin Peaks podcast.  In my previous Living Novel entry, I profiled his podcasting partner Karl Eckler (@beachrubble on Twitter).  Jubel and Karl have teamed to provide a high-quality, weird-influenced production that begins with a quality audio experience for the listener, includes guests that add unique flavors to the discussions, and reveals a long-time friendship that radiates from and through each of their episodes.

Jubel and Karl answered my recurring Living Novel questions separately, and while they experienced Twin Peaks together over the years, their experiences are clearly their own:

“My absolute first experience with Twin Peaks was seeing a picture in TV Guide of the Giant (Fireman?) soon after the second season premiere. It was that shot of him from below at the foot of Cooper’s bed. The image stuck with me largely because he was so frightening out of context. My parents attempted to start the show several episodes in but were baffled and quit.  So we went back to watching Cheers. I didn’t actually watch the show until several years later.

My first impression of the show was of the warm hues (so different visually from the largely cold colors of most TV shows, even to this day), and of the wild vacillation of tone between horror, dorky humor, melodrama and achingly believable pathos.  And like most people, I was truly hooked at the end of episode three, when we get our first view of the Red Room. 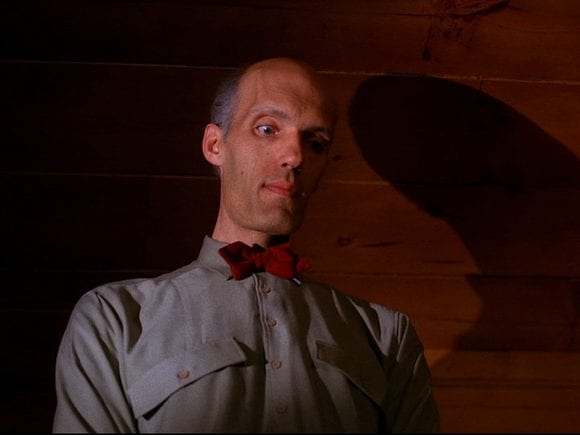 Discovering Twin Peaks, and by extension David Lynch, was a formative experience for me, being just out of high school at the time.  Sure, I grew up watching horror, but films like Friday the 13th and Nightmare on Elm Street were basically just rehashes of the boogeyman myth that all children have access to. Most people wouldn’t necessarily categorize Lynch as a horror director, but he is able to convey the authentic feeling of a dream (or nightmare) more than any director I’ve ever seen (although Maya Deren comes close).

I suppose the thread that led me down the path of studying film in school may be followed all the way back to Twin Peaks and Blue Velvet, and cinema’s power to transport you to another world, and then plop you back into reality, shaken and grappling with what you have just witnessed.”

On watching the original series:

“I watched the series for the first (and second!) time with Karl by renting them on VHS from Hollywood Video. If I recall, we saw the European pilot and went right into Episode 1, so there was some definite confusion when they went right back into the case, as if the confrontation with BOB didn’t happen.”

“I watched Season 3 via Amazon Channels, and watched the first four [parts] in one sitting.  I have to admit that it felt like almost too much “Pure Heroin Lynch” after so many years of no new material from the director.  I soon adjusted, however, and each Sunday felt like Christmas as I waited for the clock to count down to five or six, when the new episodes were posted.

I must say I am very grateful to have had the opportunity to watch it weekly as it was coming out.  That kind of weekly anticipation was unlike anything I’ve ever felt before or since.” 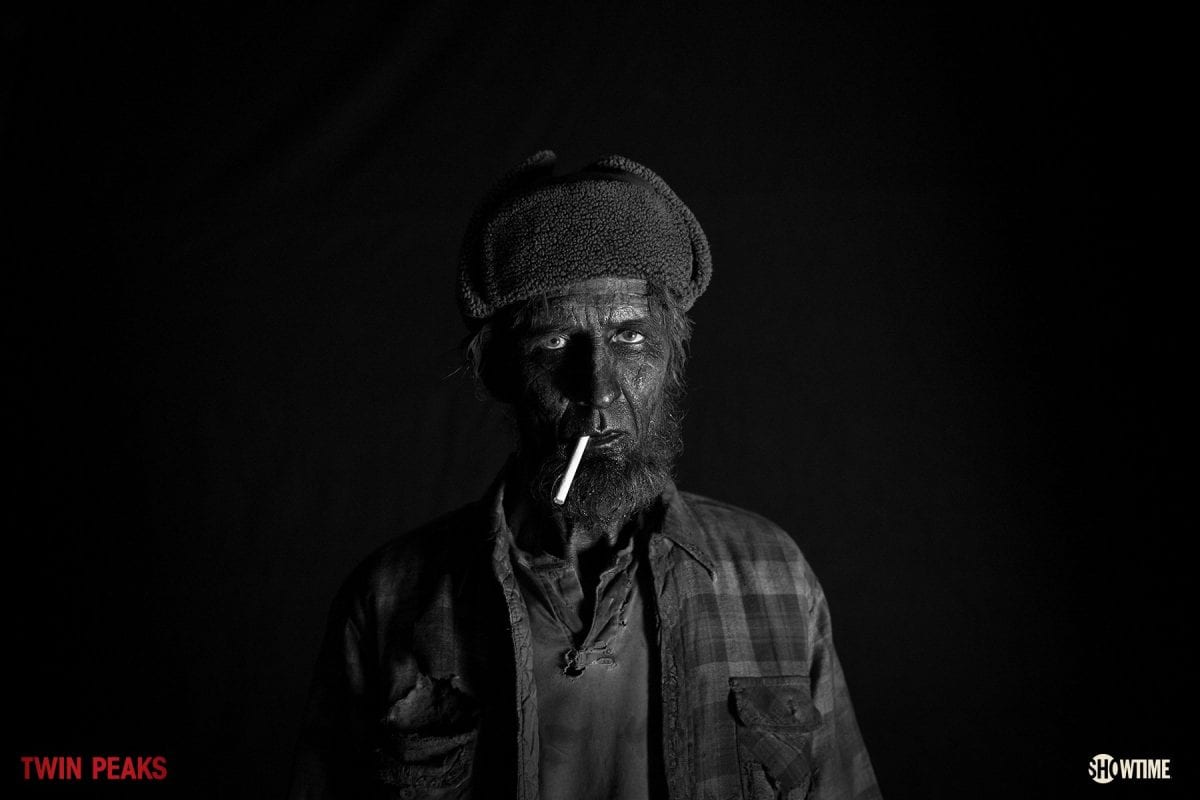 When I asked Jubel if he is more of a bumper sticker, tattoo, or cosplay type of Twin Peaks fan:

“None of the above. I do have several books, however: Twin Peaks FAQ, John Thorne’s book [The Essential Wrapped in Plastic], The Secret Diary of Laura Palmer, The Secret History of Twin Peaks, and more; and Lynch’s pie/coffee/donut mug.

If I were to have a sticker it would probably just be a simple one with the Owl Cave symbol.  If I had a tattoo it would probably be the same, and I did dress up as Leo Johnson for a Twin Peaks-themed Halloween party the year The Return was announced.  I really enjoyed blurting out ‘From now on you smoke ONE BRAND of cigarettes, Shelly or I’ll SNAP YOUR NECK!’” 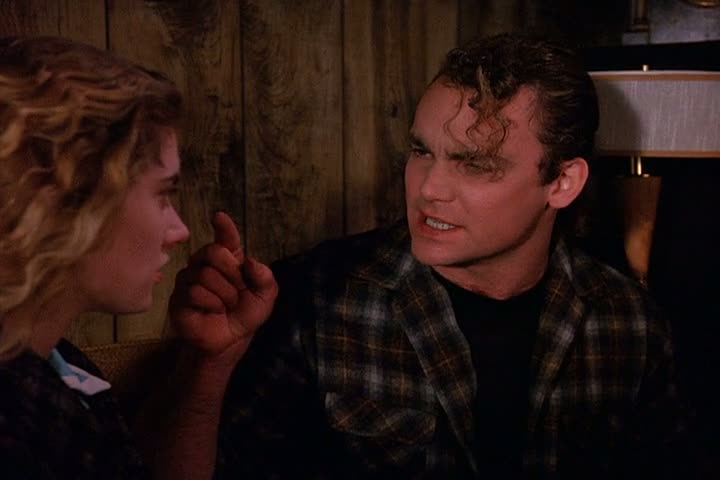 If Jubel’s ever successfully converted someone to become a Twin Peaks fan:

“I have converted one person into a Twin Peaks fan, but he’s decidedly more casual about it than I am. He watched the original series on his own on Netflix, and we did organize a tribute to Lynch/Badalamenti/Cruise the Friday before the premiere of Season 3.  While the show was going, he came over and watched each episode of the season with me when I had my second viewing.

Incidentally, here is the short film I made to promote the tribute. It features the best BOB since the original BOB.” 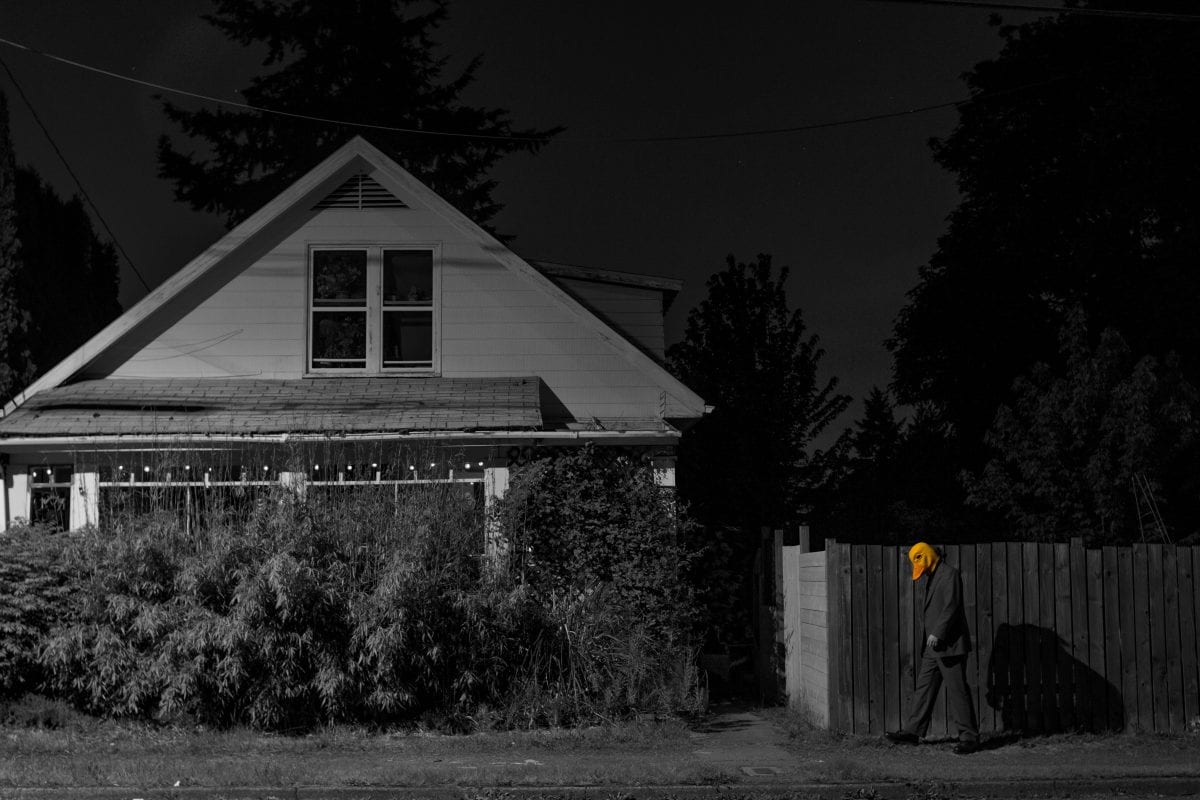 One of Jubel’s stunning photographs

Jubel’s favorite Twin Peaks scene and the reason why:

“My brain glitches out if I try to choose a favorite scene from the whole corpus, so I will choose one from Season 3. For me, the effect of the Weird insinuating itself into the mundane, which is a major aspect of Twin Peaks, doesn’t get any better than the scene at the Double R Diner, when Bobby is responding to the gunshot.  That whole sequence is superb and is a perfect distillation of what Twin Peaks is all about: with the family discussion between original and new characters, the unexpected violence, the incessant honking horn, the bananas (abstract) conversation with the upset driver and her sick daughter (granddaughter?), and ending with Bobby’s face as he tries to make sense of what he is seeing.” 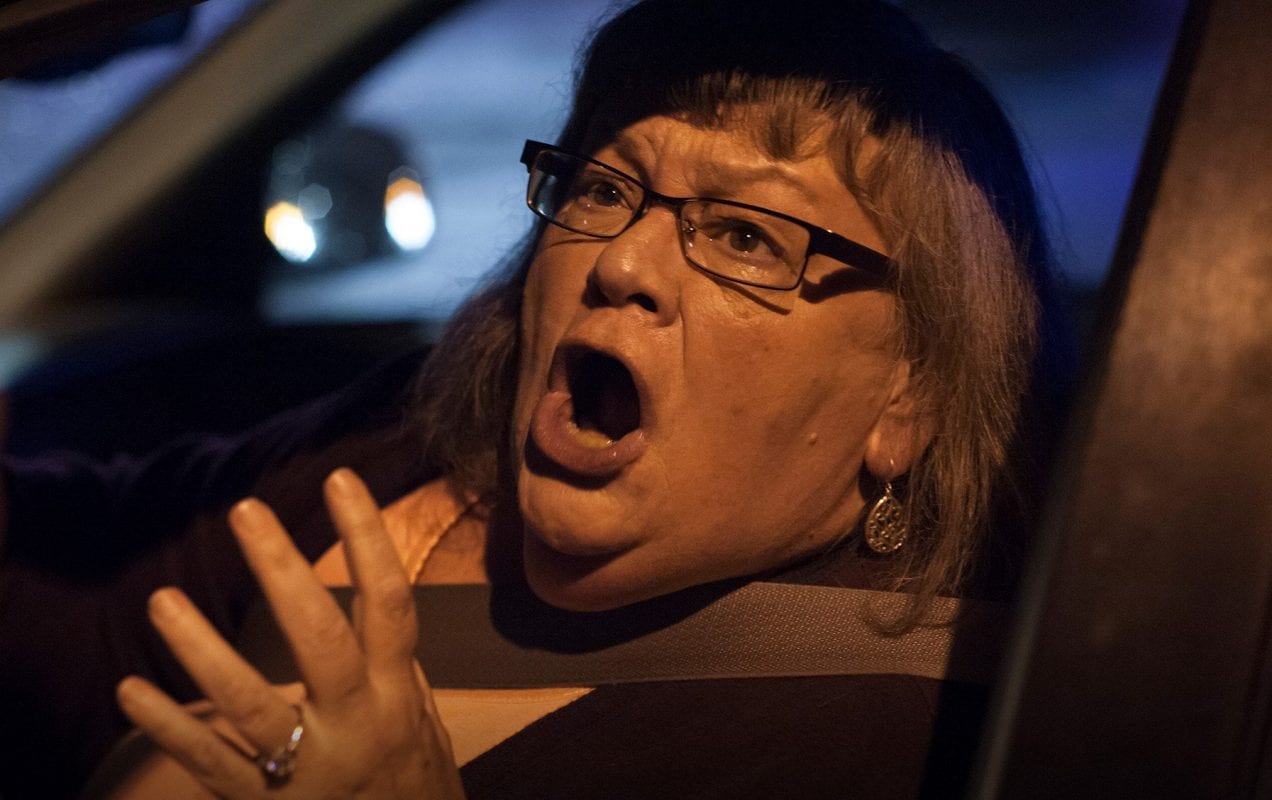 Jubel and Karl arrived on the podcast scene during the build-up to Season 3, and when I asked each of them to think about their motivations for starting Counter Esperanto, namely if they were trying to fill a podcasting gap that existed or if there were other reasons to create this Twin Peaks-flavored beauty:

“Karl and I had made a few attempts at starting a podcast about Weird Fiction, but were stymied by which angle we wanted to take. We recorded a pilot two or three times, but felt that it didn’t gel properly.  One of our favorite conversations over the years, since we discovered both Twin Peaks and Weird Fiction together, is how the former is such a perfect example of the latter, and indeed, the supreme expression of the Weird on television. With Twin Peaks fast approaching, we suddenly felt that we had our angle: to look at Twin Peaks through the lens of the Weird literary mode, and bring in some of our favorite texts from that tradition.

I can actually remember the watershed moment: long-time uber-fan Christian Hartleben was on the Twin Peaks Unwrapped podcast, and mentioned long-time friend of H.P. Lovecraft and author August Derleth, in connection with Mark Frost’s alter ego Cyril Pons, a take on Derleth’s Sherlock Holmes knockoff Solar Pons.  This triggered the whole idea for me.

Here’s how to follow Counter Esperanto and Jubel on social media:

Next Time: Unwrapping with Ben and Bryon