A little over a year ago, I was driving to upstate New York to visit a friend. I timed my visit so we could watch the first two episodes of Twin Peaks: The Return together. It sounds ridiculous, but to me, it really was that important.

I never got to watch Twin Peaks on TV. I was too young when it premiered, and was still out of the loop by the time the reruns had come and gone. The Secret Diary of Laura Palmer was my gateway to the show, a broken spine paperback found in the bottom of a dollar bin. I was 13 — a little older than Laura when the diary starts. I wrote in my diary constantly at that age, adding song lyrics or notes. Laura felt very familiar to me — a good person slowly going astray only to desperately try to get back to herself.

The book led me to Blockbuster Video, where my Twin Peaks viewing options were limited: there was the Pilot (with the European ending) and there was Twin Peaks: Fire Walk With Me. I could rent the Pilot, but Fire Walk With Me stayed out of reach, unless I stayed up late and caught it on cable. Most movie channels put it on in the wee hours of the night when it was most terrifying to watch — but when I was also most likely to drift off. I remember numerous times waking up to the blue freeze frame of Laura’s face, the operatic chorus rising and the credits quickly flipping on. And so it went for years. Laura Palmer — and David Lynch — haunted me. If I could find anyone who’d seen the series, I made them give me detailed recaps. 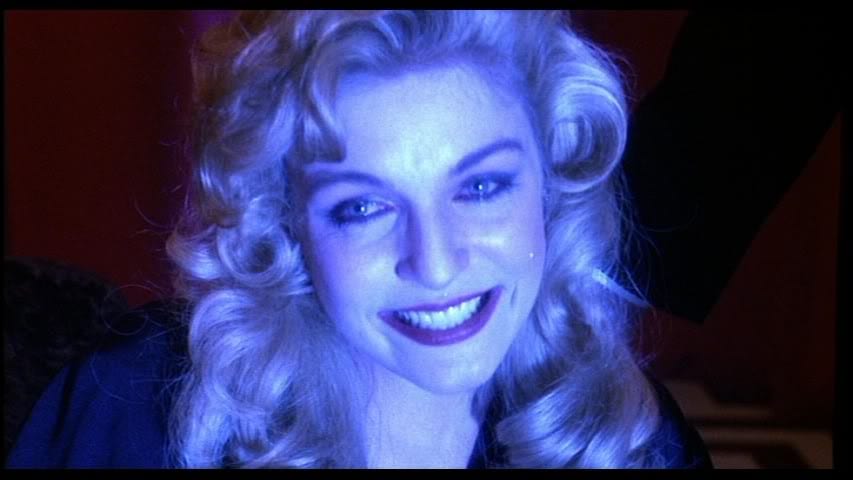 Later on, in college, a mutual friend of my husband’s lent me his set of the series — it was a bad Chinese bootleg with skippy discs and bad title menus, but it was complete. I binge watched before Netflix was a thing. I, like Audrey, fell in love with Special Agent Dale Cooper, and became obsessed with coffee and pie — even though I’m a tea drinker by nature. The wackiness was endearing, the weirdness slightly off putting.

But in the end, I kept coming back to Laura — and Fire Walk with Me. Because she was alive, not some corpse lying on a grey pebbled shoreline. She was a person trying to understand her life — and trying to find peace. As I got older, I understood that struggle more and more. Every viewing showed me another facet of Laura and how strong she was in spite of the obstacles placed in front of her. The choice to take the Owl Cave ring gave her great agency — she’d rather die than become a vehicle for Bob’s evil and hurt others.

And so, 25 years after the fact, Twin Peaks returned. Two hours here, another two hours there, and then every week, another hour of the puzzle would unfold in front my my eyes. My husband and I would hunker down together and watch. I’d text other friends during and after the episode, typing in fragments or all caps, depending on what transpired. I religiously read the episode threads in Facebook groups. Sometimes it felt like I’d held my breath for 60 minutes. Other times the hour would drag on and I’d yell at the screen for movement, for just a tiny step forward (Sorry, Dougie.) And then there’s Part 8, a black and white opus meditation on the forces of good and evil surrounding the earth and how they can seep into humans and terrorize — or bring hope to — the world. David Lynch was not here for nostalgia’s sake. He was here to make art, damn it, and he was here to make people think.

And think I did. Day in and day out, my mind drifted back to that small town where things still weren’t right, where balance had not been found, and Laura was still dead — until she wasn’t. After 25 years, both Cooper and Laura were saved — but quite literally completely different people. They became reflections and shadows of themselves, their true essences still sitting in the Waiting Room of the Black Lodge.

An artist I met at a convention summed up the series finale as this: Part 17 was the end; Part 18 was the punishment for wanting more. It’s true, nothing is ever lost — but what if it’s found? In Cooper and Laura’s case, it could be terror on an infinite loop — or it could be closure in complete darkness, depending on your perspective. What did I find in The Return? I found that you can go home again, but it might not be your home. I found friendships, both old and new, forged in the knowledge to understand and honor a damn great television show. The world spins, but a year ago, time stopped for Twin Peaks.

Rachel Stewart has written fandom commentary for sites like FangirlConfessions.com, Nerdy Minds Magazine, and ESO Network, among others. She has work forthcoming in the anthology “Children of Time: The Companions of Doctor Who.”﻿