Here at 25YLSite, we handle a lot of heavy lifting. Analysis, interpretation, deep discussion, introspective interviews… you name it, we’ve got it. “Favorites” is our weekly series that takes a lighter approach to the material we normally cover. Each week, one of our writers will take you through their list of favorites – whether it’s moments, scenes, episodes, characters, lines of dialogue, whatever! – in bite-sized articles perfect for your lunch break, a dull commute, or anywhere you need to take a Moment of Zen. So, sit back and enjoy this week’s offering: Jon Sheasby’s favorite moments that prove James Hurley has always been cool.

Is there a character in Twin Peaks more divisive than James Hurley? Maybe there is, but nobody seems to get the same amount of ridicule quite like the rockstar composer of “Just You.” If we’re being honest, James didn’t get the best storylines during the first two seasons, did he? But that’s not the fault of James Marshall or his ability as an actor. He can only act upon what he’s given to perform. The Return, however, featured an almost perfect amount of James Hurley. For me, my favorite moment in The Return is still at the end of Part 2, when a gleeful James walks into the Roadhouse and asks Freddie Sykes, “Great place, isn’t it?” I was very conflicted after the opening two hours of The Return, but that moment was a magical burst of nostalgia and it genuinely remains my favorite bit from all 18 hours.

So, I don’t need to tell Shelly Johnson/Briggs, because she already knows, “James is still cool. He’s always been cool.” But here’s a chronological list of five of James’ coolest moments for all of those Hurley haters out there. 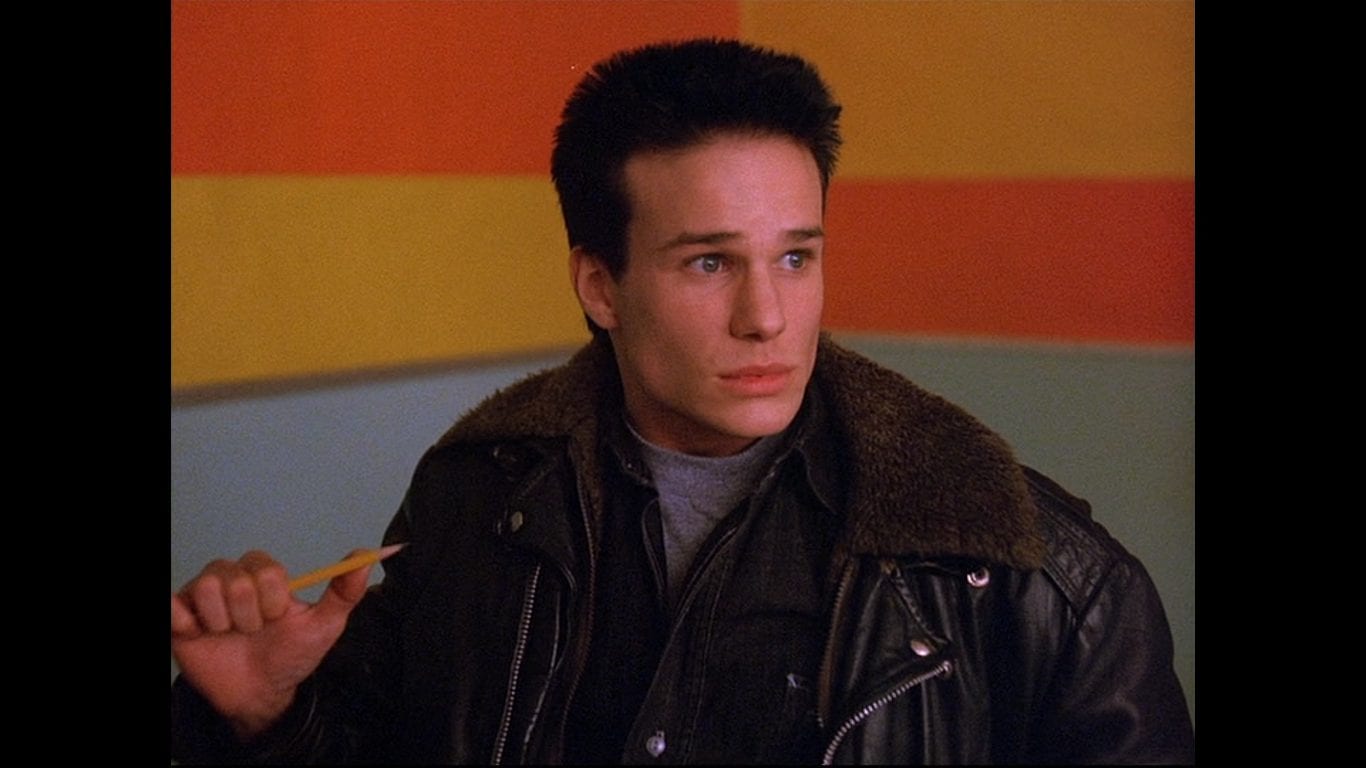 The supernatural plays an important role in Twin Peaks, but it actually starts much earlier than most think. James displays superhuman strength when he breaks a pencil with his bare hands towards the beginning of the Pilot, which makes sense as his aunt, Nadine Hurley, displays extraordinary power throughout the series too. Clearly, it runs in the family. Pretty cool, huh? 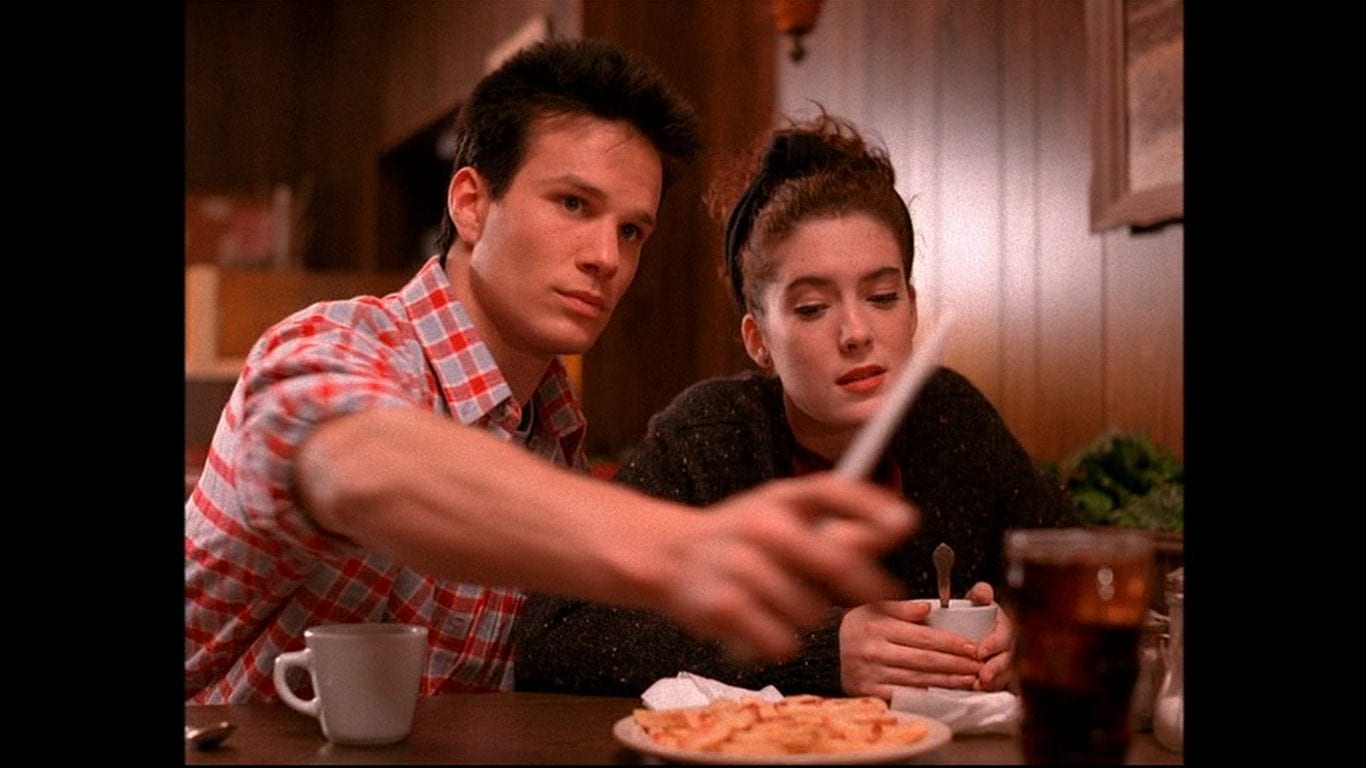 James acts as a fine young gentleman when he offers to buy Maddy Ferguson a drink upon her entry in the Double R Diner, but she selfishly doesn’t take a single sip of her Cherry Coke. James – being the upstanding guy that he is – doesn’t make a scene, as he’s a cool dude who remains quiet on the outside (he’s presumably absolutely fuming on the inside). A pretty cool move, if you ask me. 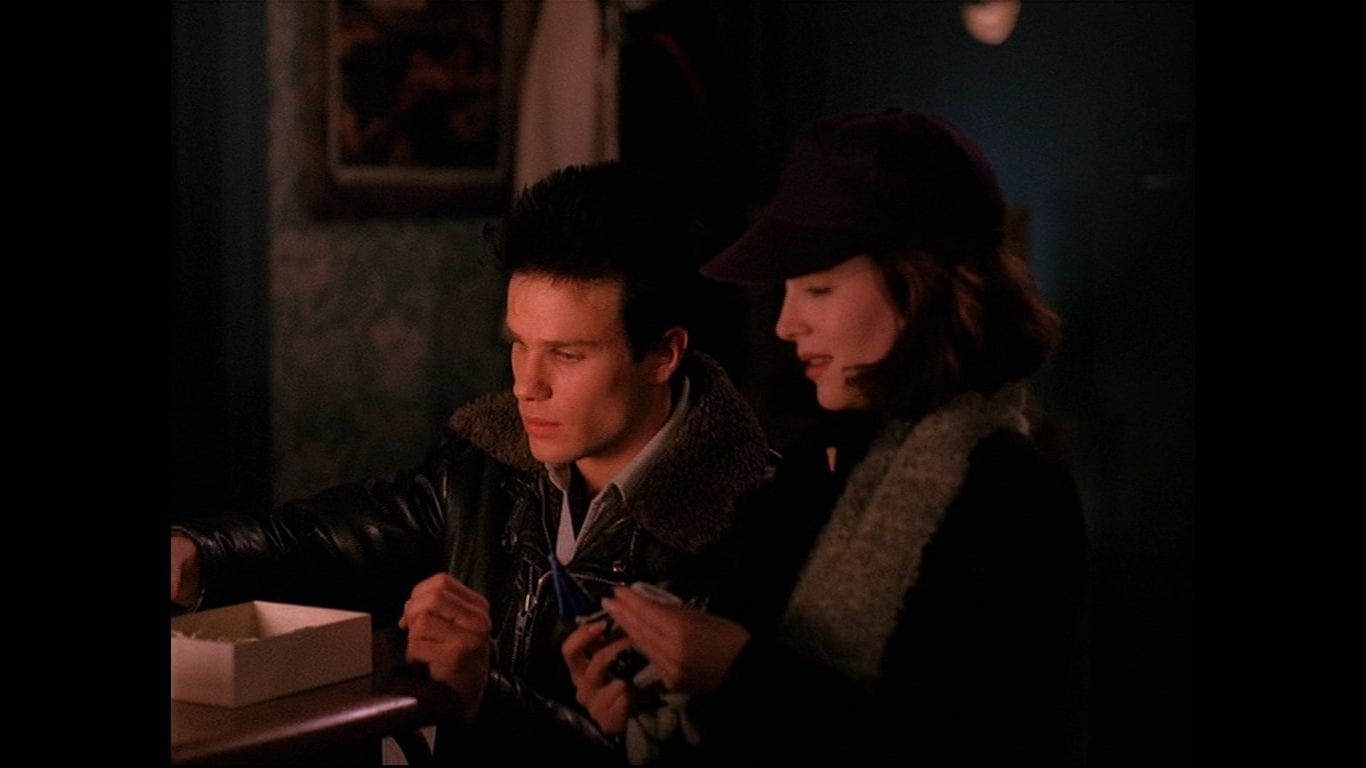 In their attempt to steal the missing cassette tape from Dr. Jacoby, the power trio that is James, Maddy and Donna Hayward devise a plan using Maddy dressed like Laura Palmer as a decoy. Maddy’s outfit fools Jacoby, and Donna is at least wearing a baseball cap during the burglary, but James opts for his usual look sans disguise. Hiding in plain sight is a pretty ballsy move, but James is so cool that he couldn’t care less. I imagine it’s those kinds of guts that got him inducted into the Bookhouse Boys in the first place. 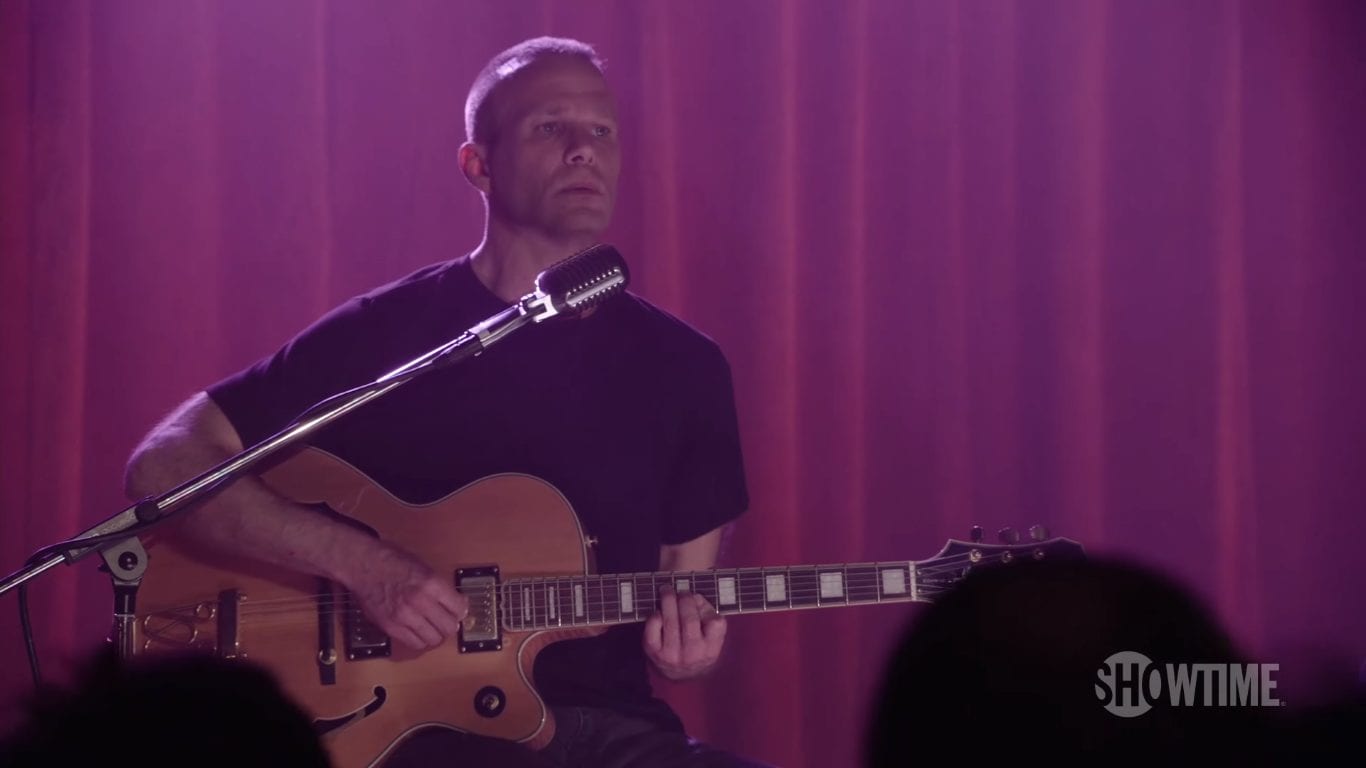 The recording of “Just You” is an iconic moment in the history of Twin Peaks, not just because of Maddy’s vision of Killer BOB towards the end of the scene, but it also proves just how much of a hound dog James really is. Those longing, meaningful looks into Maddy’s eyes as his girlfriend Donna watches in jealous disbelief. I reckon James could’ve fit in with Mötley Crüe quite easily. 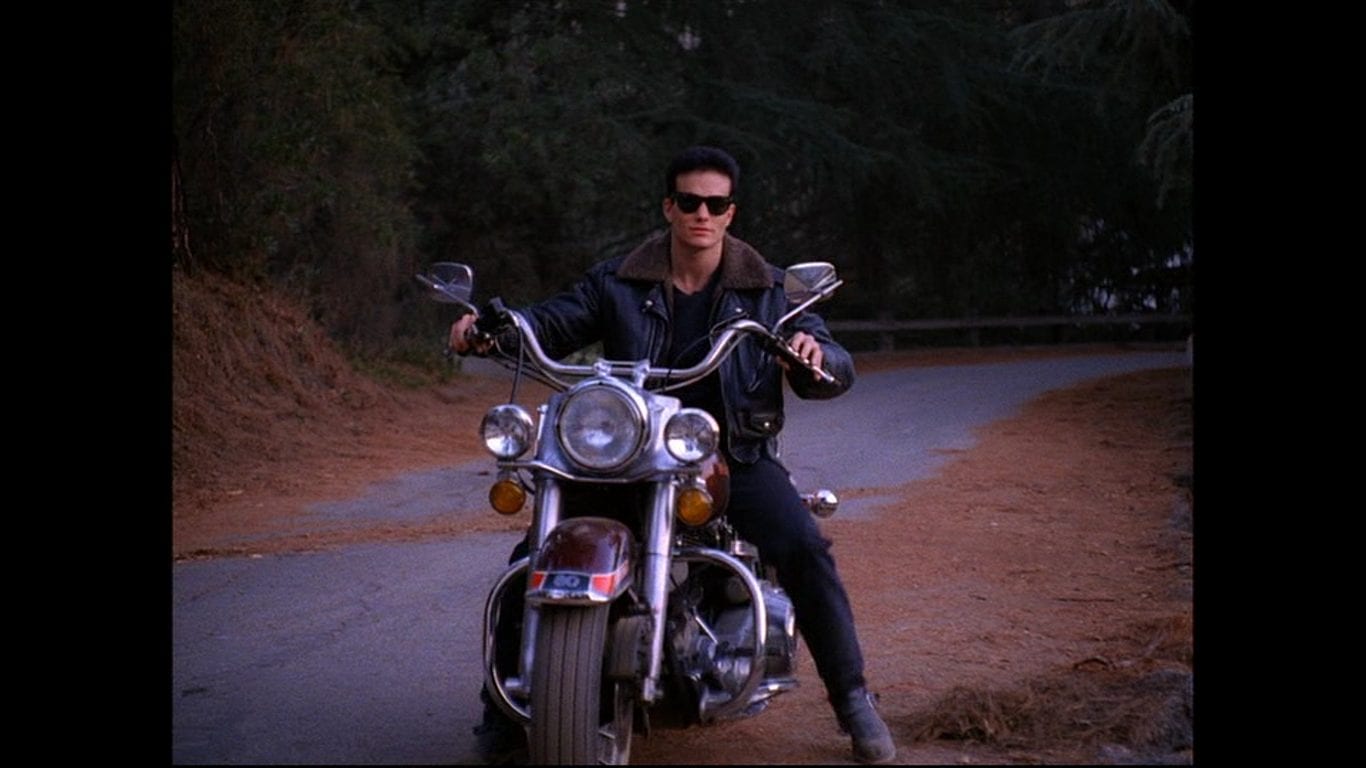 The general majority believe that James left the town of Twin Peaks because he felt guilt over the death of Maddy, but the real reason was that he was going to an audition for Terminator 2: Judgment Day. Rumour has it that Arnold Schwarzenegger briefly walked away from the role of the T-800, and James saw this as his perfect opportunity to leave the small town of Twin Peaks behind to follow his Hollywood dream. Obviously, he didn’t get the role, but you can’t knock a guy for trying. Pretty cool, James, pretty cool.

Those are my personal favorite moments that prove James Hurley has always been cool, so what are some of yours? Please leave a comment and let us know by following the information about our social media accounts, which can be found below. Alternatively, you can follow me on Twitter (@JonSheasby), and we’ll continue the conversation over there.