If you told me five years ago that Twin Peaks was going to come back to television, I would have thought you were crazy.  If you then told me that once it came back that I was going to write for one of the most well regarded Twin Peaks sites out there, again I would have questioned your sanity.  If you continued on your predictions of the future, telling me that one day I would be standing on a stage at a television festival sharing my theory about how I think Special Agent Cooper is dead and he is following the stages of bardo in the Tibetan Book of the Dead, I would flat out slap you ala’ Moonstruck’s Cher to Nicolas Cage and tell you to “Snap out of it!”  Alas, all these things are true, and as I stood on stage at the IFC Center in Greenwich Village in front of many Twin Peaks fans to expound about Cooper’s journey and what that meant to me, the truth was becoming reality.

Being in NYC has a way of making you feel big and small all at once.  I could sense from the ride on the train into the city, while practicing my intro of my theory in my head, that this experience was going to be one to file in the unbelievable experience category.  I have had a love for Twin Peaks since I was twelve years old.  Now I get to share that love, and just one of the many theories I have about Twin Peaks and Special Agent Dale Cooper with an audience who loves Twin Peaks just as much as me? Are you kidding me?  That was the kicker.  I have been on stage many times before, but with someone else’s words as someone else.  This time it was Me, the real me.  This time, I was on stage in front of an audience who understood exactly where I was coming from.  They may not agree with my theory, but they understand the love, sweat, tears, and time put into the work. 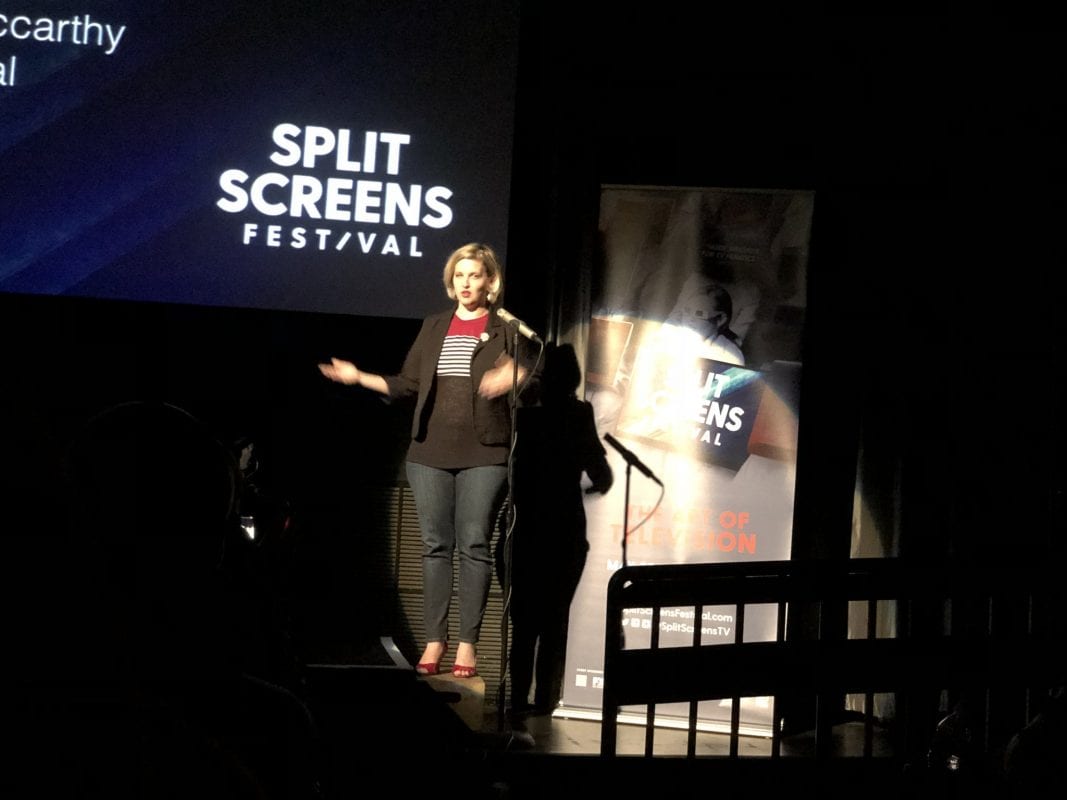 The idea of nerves did not faze me arriving for the panel.  Maybe it was the cup of damn fine (and hot) black coffee I had with the lovely Lindsay before arriving to the IFC Center.  Though I must admit I was surprised.  Though I love being on stage in any capacity, nerves and I have a long history.  Maybe it was the immediate at home feeling I felt amongst the group of gifted and damned fine fans who were all theorizing with me. What a fantastic group, some of which I have been Twitter friends for the past year.  To get to meet all these wonderful people in person was a gift.  Samantha, Connor, Jerimiah, Andreas, Donald, and Matthew, it was a pleasure to be included in your company for this and I thank each and every one of you for sharing this experience with me.  All of us made people think, feel, rethink, question, laugh, and cry (this happens every time I see Margaret on the screen as of late).  I also must thank Matt Zoller Seitz for this opportunity. Twitter can be an incredible tool, and it definitely was an extremely useful tool for this experience.  I love that you are as much a crazy Twin Peaks/Lynch fan as the rest of us, and am glad to have you in this gifted and damned tribe.

That is what I loved most about this experience.  The Twin Peaks community has one of the best fan communities out there.  I will fight (with words) anyone who tells me different.  We are all fiercely loyal to our show, but we also open our minds to be able to experience that show in many different ways.  David Lynch and Mark Frost created a community, which may have started twenty seven years ago, but continues to be a living, breathing, ever changing landscape that we all can be a part of.  This is a community that is inclusive of everyone’s ideas, accepting to everyone’s individuality, and supportive of all creative avenues.  For one day I got to share my idea, individuality, and the creative avenue of my theorizing mind with friends and fans alike.  I would say that it was damn fine day, pretty damn fine indeed. Now excuse me as I recover from such a wonderful weekend with an extra cup of coffee.