Here at 25YLSite, we handle a lot of heavy lifting. Analysis, interpretation, deep discussion, introspective interviews… you name it, we’ve got it. “Favorites” takes a lighter approach to the material we normally cover. Each week, we will take you through a list of favorites – whether it’s moments, scenes, episodes, characters, lines of dialogue, whatever! – in bite-sized articles perfect for your lunch break, a dull commute, or anywhere you need to take a Moment of Zen. So, sit back and enjoy this week’s offering: Valerie’s favorite actors and actresses of 1968 cinema.

I’m delighted to be covering some of 1968’s most interesting and important films as part of the Film68 series. Before I get into the films that made those 12 months of cinema so special, it only makes sense to shine a spotlight on my favorite actors and actresses of the year. From worldly interpretations to authentic crowd-pleasers, this group signifies everything to adore about 1968 cinema.

No one personifies the total package of style and substance like Steve McQueen. He was classically cool and never once had to remind you of it. With Bullitt and The Thomas Crown Affair, McQueen shows off two very different, but equally appealing performances. As Lieutenant Bullitt, he gives the role the unpolished inner core it needs to reach critical mass. When it comes to the debonair criminal Thomas Crown, he assumes a sleek, stylish persona that turns a potential villain into a surprising hero. They are two sides of the same coin that only McQueen could mold into the legendary characters they’ve become today. 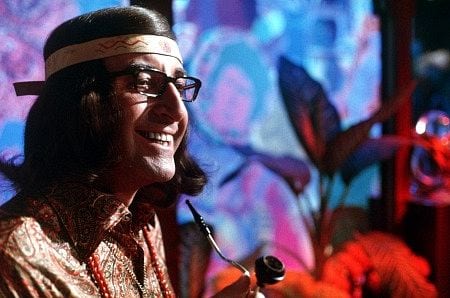 There’s a good chance that Peter Sellers will go down in film history for his role of Inspector Clouseau, but the actor had a span of hits outside of that franchise. No matter how many times I’ve seen his films, there’s always something new to savor about his work. 1968 may not have been his best year as an actor, but it certainly produced some moments of brilliance that are hard to overlook. The Party and I Love You, Alice B. Toklas! give the actor a chance to reach into unique characters that are quintessentially stuck in the 60s. Sellers flawlessly combines his enviable comic timing with underlying character traits that are so subtle you might miss them on a first viewing.

Funny Girl is the film that started Barbra Streisand on the path to multi-hyphenate status, and with good reason. She sings and dances her way through material that lesser performers would trip on quicker than Fanny Brice on roller skates. I can’t help but wonder what Streisand could have done with the property as a director. William Wyler delivers an expertly crafted film, but her work on later properties like Yentl shows she is more than capable behind the camera. 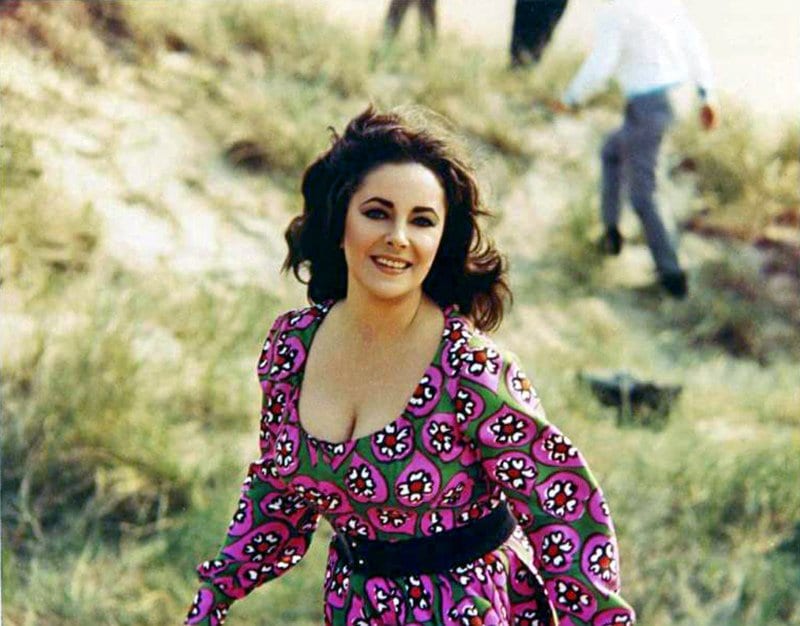 Elizabeth Taylor was already established as one of the world’s biggest stars when 1968 arrived. Her films, Secret Ceremony and Boom!, are far removed from her most beloved hits, but they perfectly convey how much the actress could do when the underlying material wasn’t there. Well into her thirties at the time, it’s hard to believe that anyone could view her as over the hill when she was still capable of so much more. She was as vivacious and beautiful as ever while taking on the difficult topics both films presented. 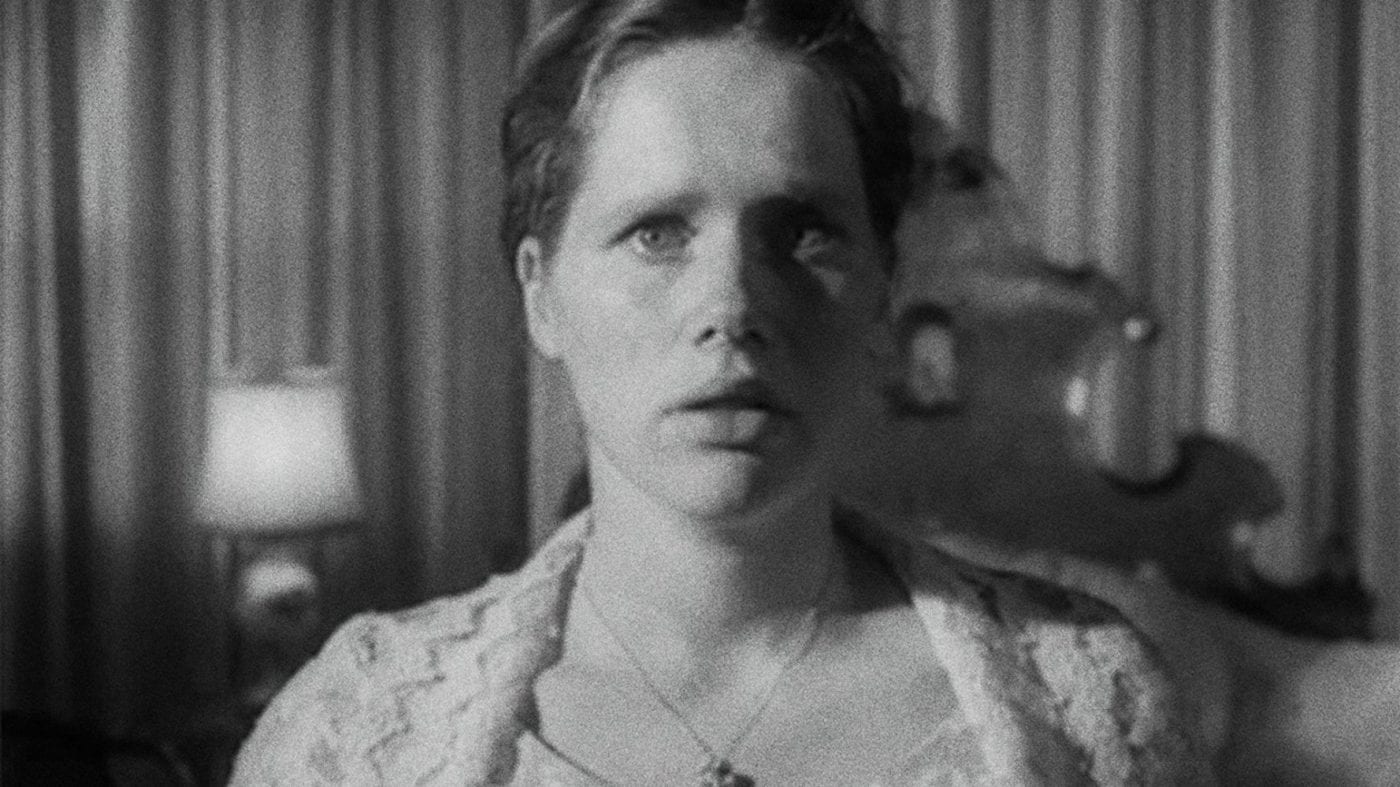 When you think Bergman, chances are you’ll spare a thought for the great Liv Ullmann. Just check out any of Ullmann’s work to see an advanced acting class on the human condition. Her performances are usually thriving with the delicate, unseen aspects we keep at bay in our daily lives. The attention to detail she added to both of Bergman’s 1968 entries only cements her status as a role model for actresses around the world. 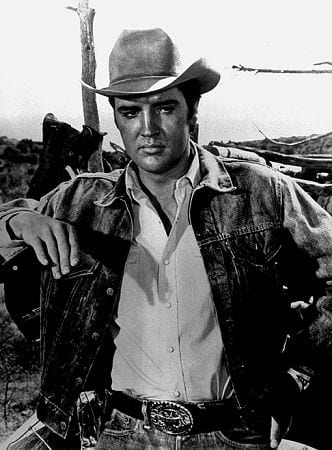 He may not be considered the best actor to grace the silver screen, but Elvis is exactly what makes film fun. He knew what the audience wanted to see and delivered it with a hint of uncanny pop-star attitude. The music icon was well into his film career when 1968’s titles, Stay Away, Joe, Speedway, and Live A Little, Love A Little, were released. Of course, you can’t have an Elvis film without a soundtrack, and 1968 delivered for fans. While Speedway might be a better film, no one can argue that Live A Little, Love A Little didn’t have the better soundtrack. 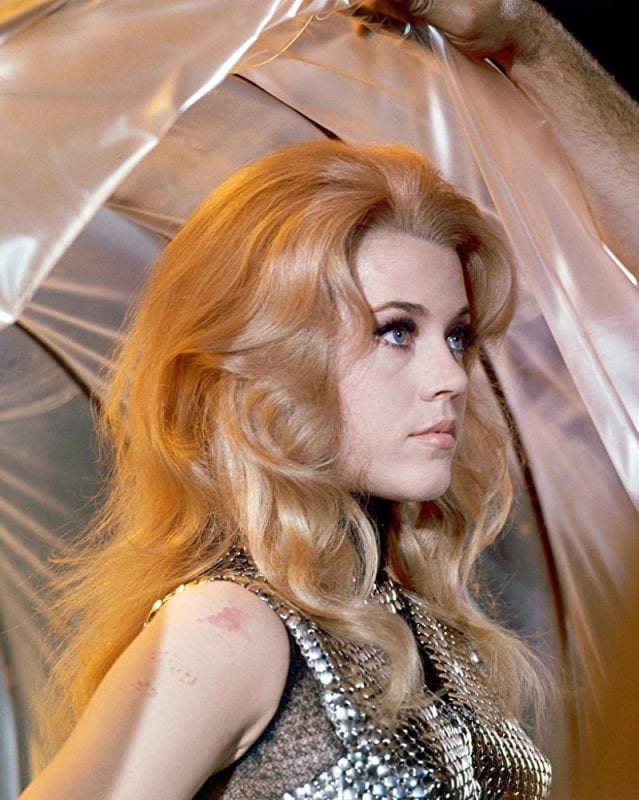 Fonda’s 1968 performance as the titular character in Barbarella is iconic enough, but in the same year she brought to life the unforgettable Countess in Spirits of the Dead. In both cases, her strength and determination comes through like a fierce jolt to the system. Make no mistake: she presents a sexual revolution in a perfectly coiffed package, encouraging women to own choices about their bodies as well as their minds. It’s a balancing act between being the girl of men’s dreams and the idol of other women, and Fonda handles it brilliantly long past 1968’s films. 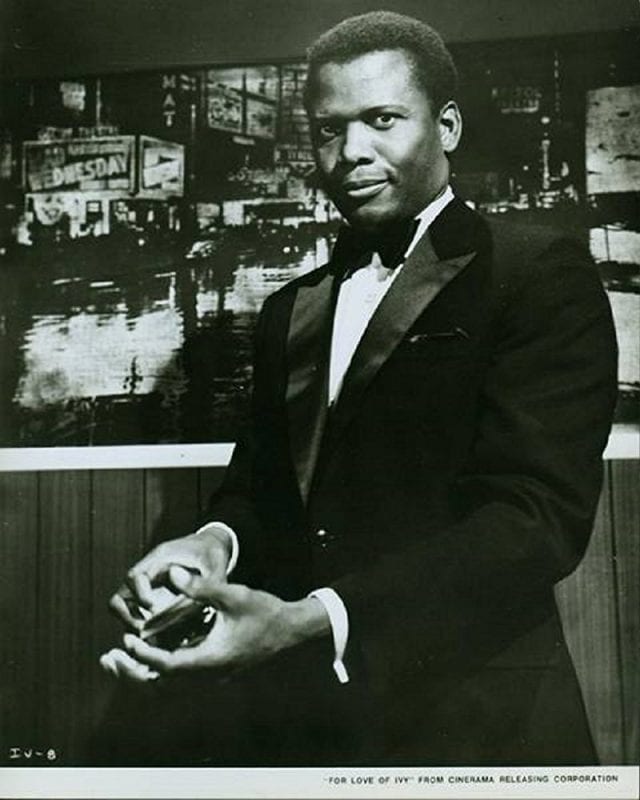 Sidney Poitier is one of those rare actors who can perfectly conquer even the most complex roles. You literally cannot go wrong when choosing a Poitier performance. In 1967, he put on comprehensive acting clinics with To Sir, With Love, In the Heat of the Night, and Guess Who’s Coming to Dinner. For 1968, his catalog added the film For Love of Ivy.  In this film, he took on a role that could have easily become a negative stereotype and turned it into something more. It’s also important to note that Poitier got story credit for the film as well. 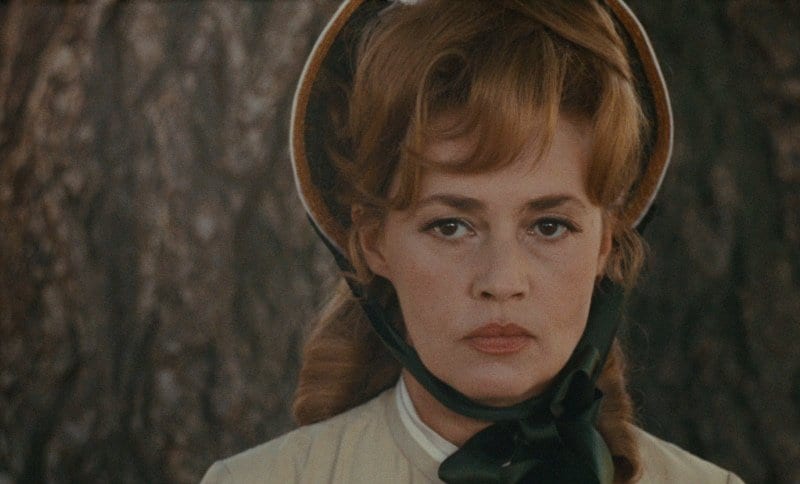 Jeanne Moreau was everything that made new wave memorable. She was a fierce storm of emotion and strength that exceeded her male counterparts. In 1968, she did what actresses around the world dreamed of by working with both Orson Welles and Francois Truffaut. Along with her work in the film Great Catherine, Moreau skillfully added to her repertoire and grew an already stellar legacy. 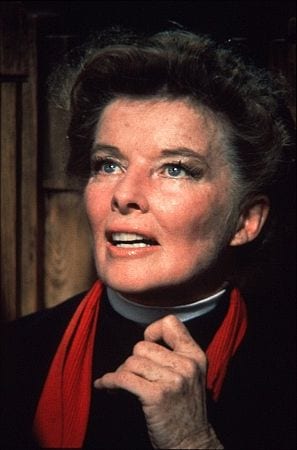 I’d put Katharine Hepburn on every list. There’s just something about her that is undeniable and perfect. She is the ultimate independent woman. With her 1968 film, The Lion in Winter, Hepburn splendidly lent her talents to Eleanor of Aquitaine. Considering her lingering grief over the death of Spencer Tracy, it’s a tour-de-force that is as emotional as it is powerful for the still-glorious actress. 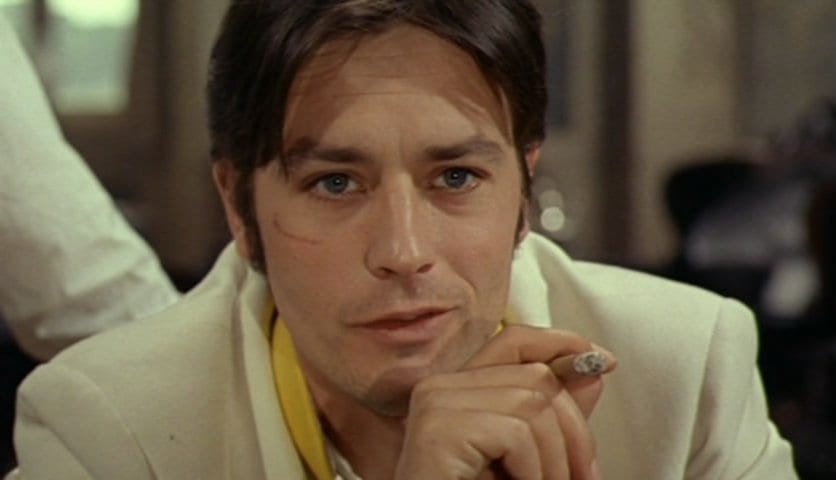 When it comes to 60s sex symbols, it’s impossible to ignore Alain Delon. The cool French demeanor along with his famous good looks made him the go-to choice for international cinema. Farewell Friend and The Girl on a Motorcycle may have been a part of his 1968 films, but I can’t help but adore Spirits of the Dead. Delon’s work in the vignette William Wilson goes well beyond normal cinematic conventions. In the title role, he’s unafraid to break with the conceptions of idols as he plays the devious Wilson with equal parts zest and sophistication. 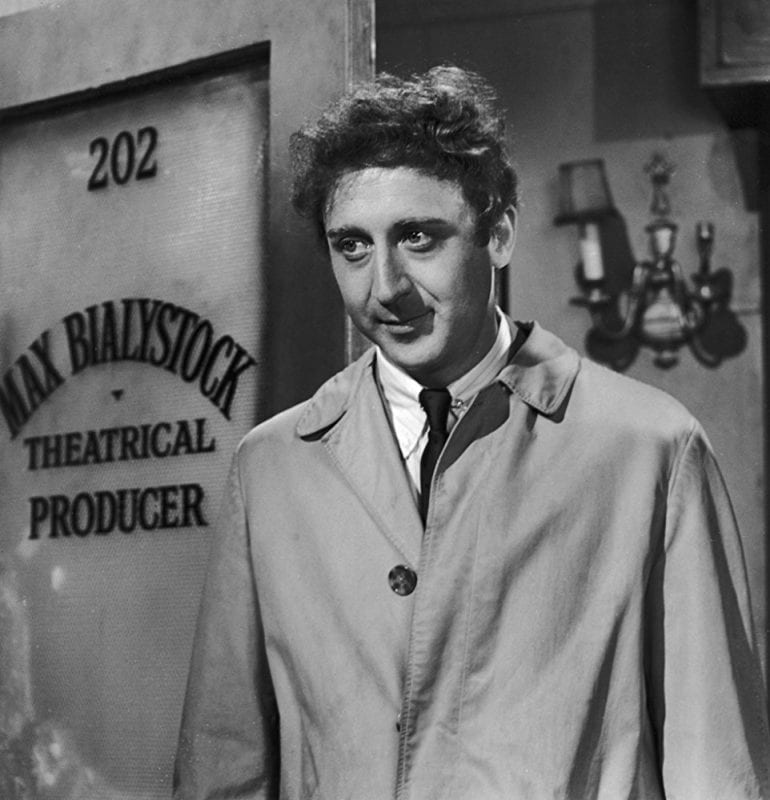 Gene Wilder was one of those actors that could convey so much without saying a word. There was a gentleness and kindness to the person that bled through every role he played. In the span of his creative work, no one was more instrumental in establishing Wilder as a comedy sensation than Mel Brooks. The Producers was their first collaboration, and what a start it was. As Leo Bloom, the actor eagerly takes on as much of a straight man as there could be in a Brooks film. It’s a clever lesson in comedy that any actor or actress can use for their own foray into the comedic genre. 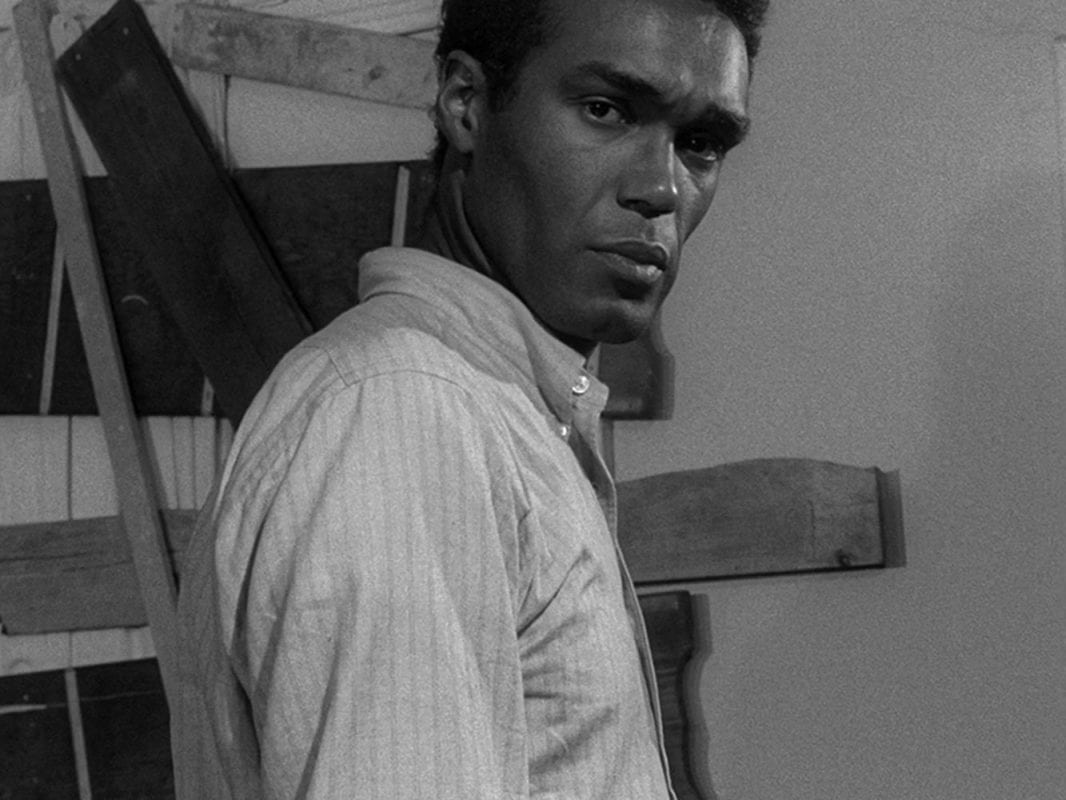 There’s a special place in film history for Duane Jones. His performance in 1968’s Night of the Living Dead revolutionized not only horror but cinema itself by showing that a strong lead didn’t have to be a white male. More than the groundbreaking aspects of his role, Jones himself gave a great performance as Ben. It really should have gotten more attention at the time and even now is overlooked among many acting lists. 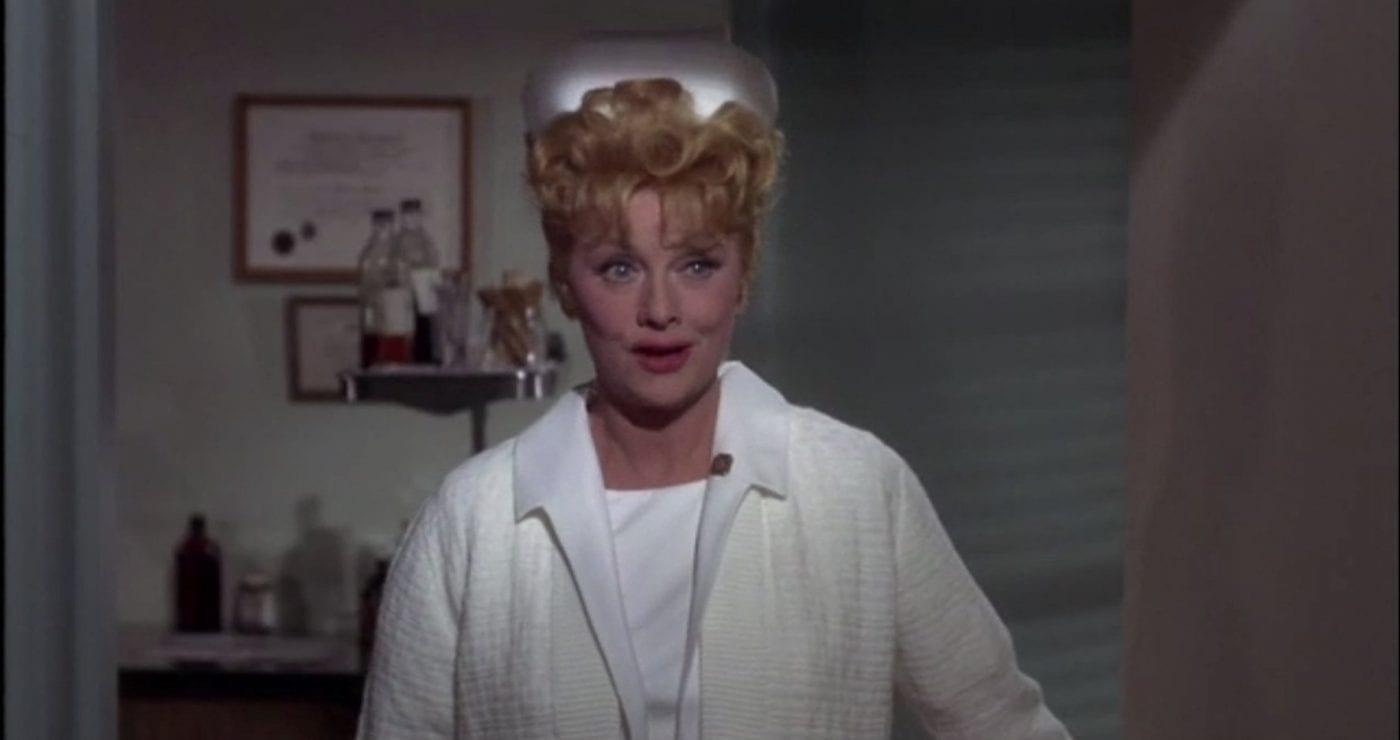 While many people think of Lucille Ball as a TV star, she had some significant roles in the film world as well. When it comes to comedy, never underestimate Lucy. The 1968 film Yours, Mine, and Ours showed Ball in familiar comedic territory. She didn’t upstage co-star Henry Fonda; instead, the comedienne flawlessly complemented her co-star. 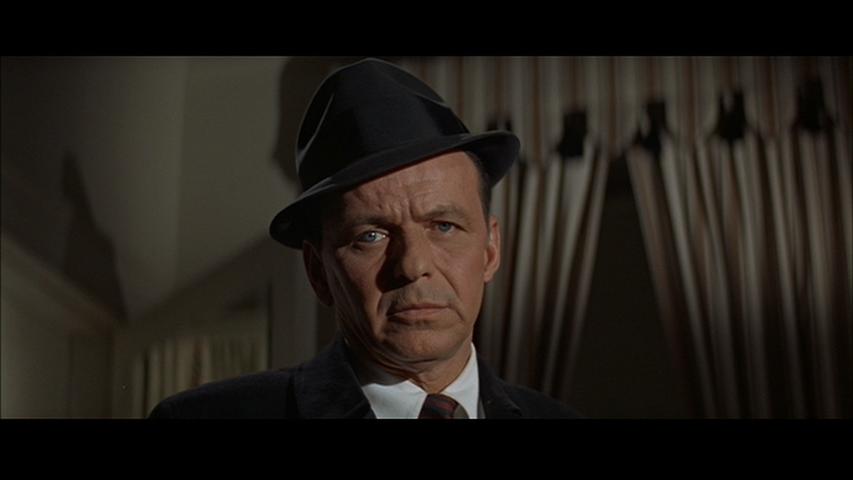 Frank Sinatra was an entertainer in a class of his own. More than just a voice, he was an incredible actor that could deliver both comedic and serious turns. His 1968 titles, The Detective and Lady in Cement, were definitely part of the latter. This wasn’t about his musical talents, which I love; this was about getting to the bottom of characters that lesser actors would have trouble cracking. It’s proof that Sinatra was not only one of the best crooners, but an incredibly underrated actor.