Here at 25YLSite, we handle a lot of heavy lifting. Analysis, interpretation, deep discussion, introspective interviews… you name it, we’ve got it. “Favorites” takes a lighter approach to the material we normally cover. Each week, we will take you through a list of favorites – whether it’s moments, scenes, episodes, characters, lines of dialogue, whatever! – in bite-sized articles perfect for your lunch break, a dull commute, or anywhere you need to take a Moment of Zen. So, sit back and enjoy this week’s offering: Ali’s Top 5 Mr. C moments.

I am not ashamed to say that Mr. C. is my favorite Cooper. Yes, I said it. Before The Return, when we first met Cooper’s doppelgänger, he was a wild-eyed, maniacal version of Special Agent Dale Cooper. When we meet him in The Return, he’s different. He is more in control of his dark self than the almost cartoonishly evil doppelgänger of the original series finale. I find Mr. C endlessly fascinating because he’s more than just a vessel for BOB’s pure evil; he is in every way the dark side of Dale Cooper. I love every Mr. C moment but for this week’s Favorites, I’ve chosen my Top 5 (presented in no particular order, except for my #1 pick). 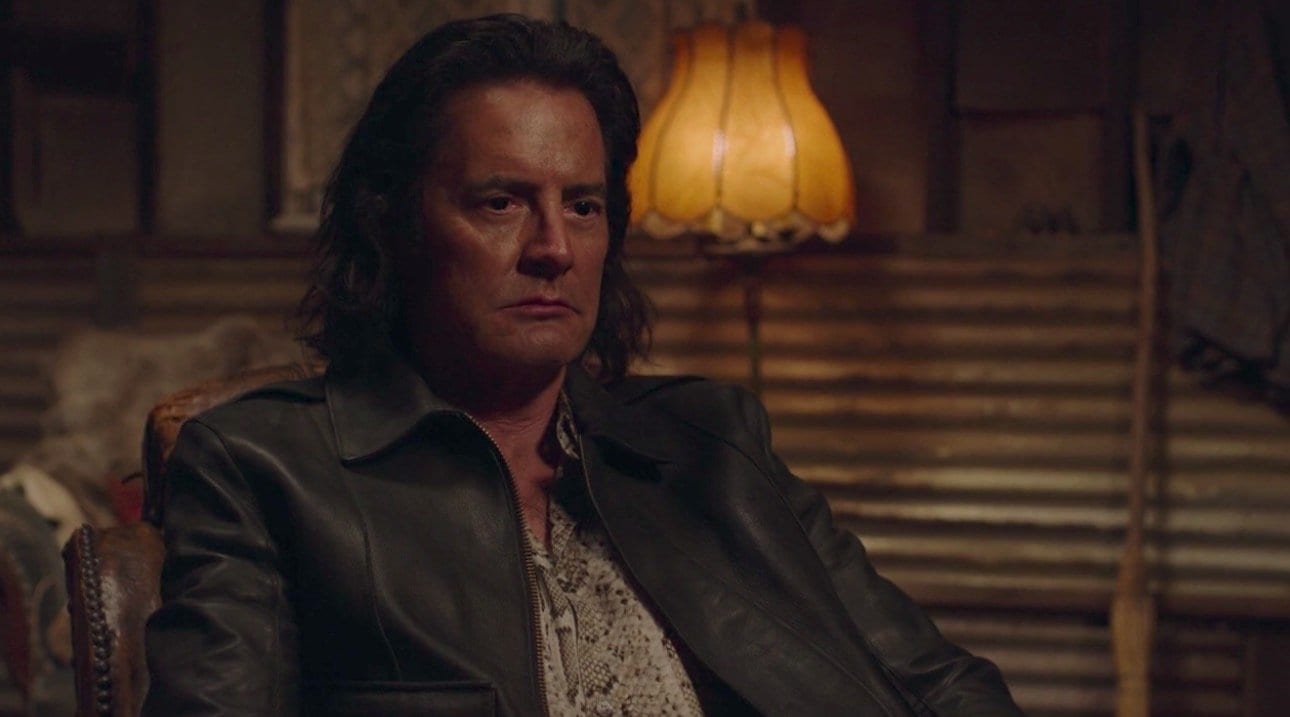 When we first saw Mr. C in Part 1, with his long, dirty hair and black eyes, I knew things were going to get really dark. Mr. C’s intro to the story—calm, cool, and collected as he effortlessly takes out the guard, telling Buella to put something better at her door, and summoning Ray and Darya—gave us a taste of what this new version of Cooper was capable of. 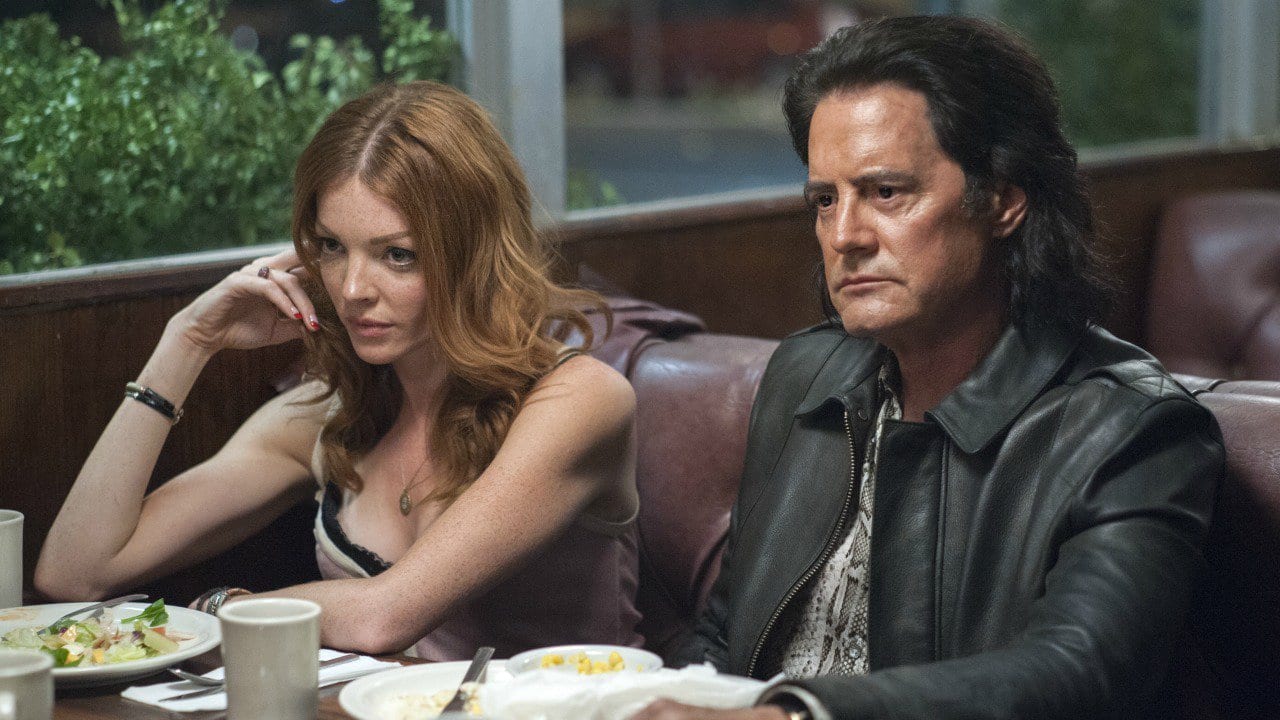 In Part 2, when Ray made the mistake of thinking that Mr. C “needed” the coordinates, he was quickly corrected. Mr. C doesn’t need, he wants, and over the course of The Return we saw that when Mr. C wants something, he usually gets it, whatever the cost. 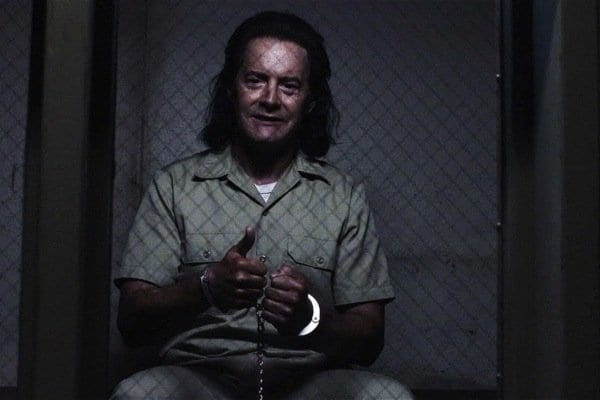 In Part 4, when Gordon, Albert, and Tammy came face to face with Mr. C in the prison, they noticed that there was definitely something off about their old friend Cooper. Mr. C’s failed attempt to roleplay as the Good Dale talking to his old buddies is fascinating to watch. We as viewers know he’s not “our” Cooper, and the FBI Squad knows it too, but it’s still incredibly unsettling to watch it unfold, especially his attempt at a Coop-style thumbs-up. 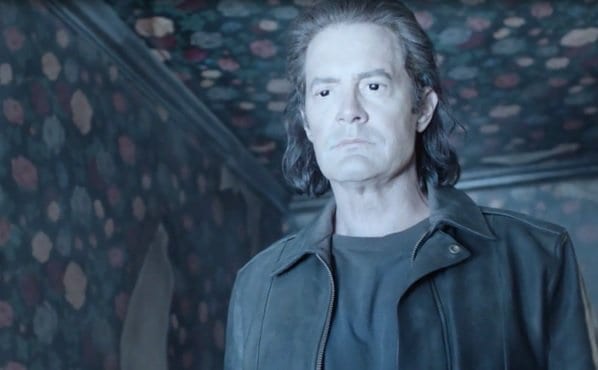 In Part 15, Mr. C’s journey through the convenience store to visit Phillip Jeffries at the motel was both visually stunning and hugely important to the story. We finally got to see “Jeffries,” although in a form that none of us could have possibly expected. As far as Mr. C goes, this is one of the only times (except when he got shot by that f^cker Ray) when Mr. C does not seem in control. He actually does need information from Jeffries, and he doesn’t get it. 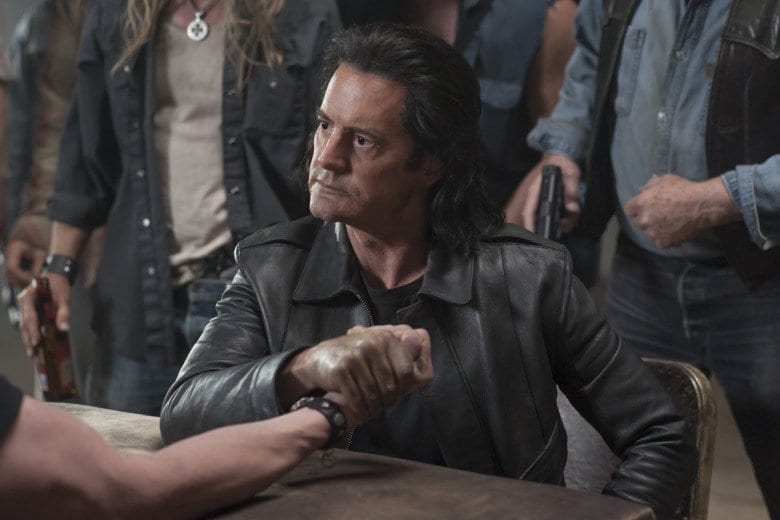 My favorite Mr. C moment is really more of a series of moments. From the second he arrived at The Farm in Part 13, through the epic arm-wresting match and him sending Ray to the Black Lodge, Mr. C is in top form here. Everything about The Farm scenes is peak Mr. C: the way he toys with the enemies who underestimate him, the superhuman strength he uses to end Renzo without breaking a sweat, and his finally getting what he wants from Ray before sending him to the Black Lodge. The Farm section also contains one of my favorite lines in all of The Return:

These are just a few of the many quality Mr. C moments in The Return. What are some of your favorites? Let us know in the comments or on our social media. We don’t need to know, but we want to know!