I was always intrigued by David Lynch’s work, but it wasn’t until I was recently diagnosed with OCD (obsessive-compulsive disorder) that I understood why his art so enraptured me. On some level, I felt as though the experience of watching his films in a dark, safe place, was a window into my own mind. I began to understand that the strange and unsettling atmosphere of works such as Blue Velvet and Twin Peaks: Fire Walk With Me reflected my own fears and obsessions. Lynch’s cinematic language often bombards the viewer with nightmarish sounds and images, and immerses the viewer into a strange and beautiful world.

Beyond its originality and captivating surrealism, Lynch’s work can often replicate what it’s like to suffer from OCD. The disorder is categorized by heightened anxiety in tandem with ritualistic behaviors completed to combat the anxiety. While I have neither the credentials nor the intent to diagnose David Lynch with such a disorder, I cannot separate my experiences watching his films with my own OCD, which is a significant part of my daily existence and personality. In my humble opinion, Lynch’s art has a special resonance with OCD and anxiety disorder sufferers. Here, I intend to analyze his work through the lens of OCD and share some personal examples of how I relate to his so-called ‘experiments’.

Intrusive thoughts of harming others can be relatively common for people with OCD. As such, the nightmare of smoky infanticide that is Eraserhead truly resonates in a frightening way with me. OCD sufferers can occasionally fixate on what their intrusive thoughts could mean or indicate about themselves. What if I hurt my child? My wife? My father? To me, this is what Eraserhead is all about. I believe Henry has these concerns on his mind for the entire film. Considering Lynch famously cited his debut feature Eraserhead as his “most spiritual film” perhaps it meant a great deal to him that he expressed his own demons in a peaceful and artistically bold fashion. “In Heaven, everything is fine” Jack Nance’s Henry is told in a hypnotic song by the Lady in the Radiator. Perhaps with Lynch’s beliefs in reincarnation and advocacy for TM, he took great comfort in making a film about his scary thoughts and feelings and clinging to the hope of heaven. To this day, the film continues to haunt and confound. 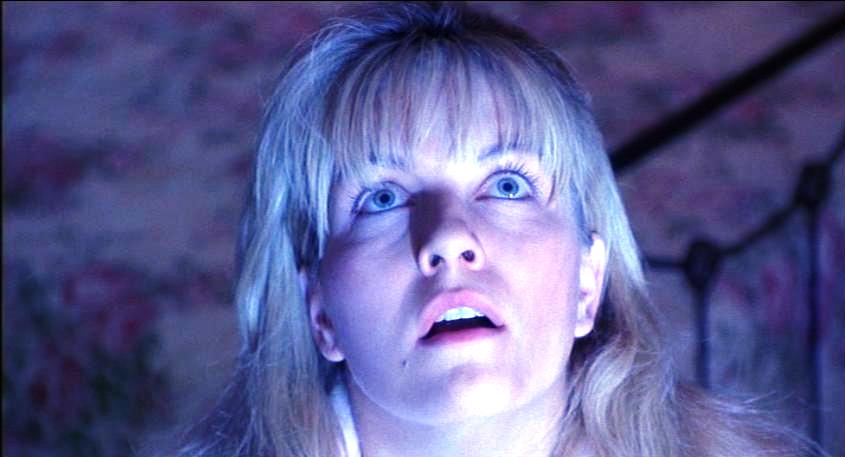 Lynch’s next feature which truly touches on the experience of OCD is Twin Peaks: Fire Walk with Me. It’s fair to point out that Blue Velvet and Wild at Heart both have their fair share of horrifying moments and strange behavior, but to me they’re not quite as bleak or relentless as the other films I will touch on. I’d argue Twin Peaks: Fire Walk with Me is the auteur’s most relentless film, and perhaps his masterpiece. Angelo Badalamenti’s epic soundscape and Lynch’s hellish lighting take the viewer to another place. Their shared style is intoxicating yet off-putting; it is cinema that allures us and repels us simultaneously. It is also not dissimilar to being bombarded by OCD intrusive thoughts. In other words, we are put into the mind of Laura Palmer — whose entire existence is falling apart. Though I have never come close to being in Laura Palmer’s shoes, I do feel a connection to her when I watch that film. The feelings of brain overload, hopelessness, and cycles of fear resonate with me. Sheryl Lee’s bravura performance is one of my very favorites ever put on film.

Three sequences stand out to my OCD brain: Mike’s roadside confrontation with Leland and Laura, the Pink Room, and finally Laura’s murder. These scenes stand out in my thoughts and in cinema history as truly operatic cacophonies of horror. As the engines of their cars roar and electrical energy emanates around them, the bellowing exchange between Lodge-dwelling spirit Mike and Leland Palmer can barely be comprehended. Car horns honk, people scream, a dog barks—it’s madness. What one grasps is the sensory overload, and Mike’s chilling final words: “IT’S HIM! IT’S YOUR FATHER!” This sequence for me feels a lot like Laura’s own mind coming to the conclusion that her father is also her abuser. In the Pink Room, dialogue is so inaudible most of it is subtitled. By the time Laura is killed, only the operatic music, the shaky flashlight lighting, and her bloodcurdling screams are the focus.

25 years later, Twin Peaks: The Return came to Showtime in 18 glorious portions. As usual, David Lynch caught a few people off guard with his approach to telling the story. His intentionally obtuse dialogue and deliberate pace reminded me of my own ways of thinking; specifically, I recognized how I often focus solely on one thing absolutely to calm my racing thoughts. I would describe the pacing and cinematography of The Return as comparably meditative. This style naturally allows viewers to draw their own conclusions of what they see, which is particularly useful when what they’re shown in The Return is often baffling even by Lynch’s standards. In the words of Cooper, in infantilized Dougie mode: “Make sense of it.”

As for OCD layers within The Return, what stands out to me more than the surreal imagery is the fixation on numerology and specificity of time. Another symptom of OCD can be a degree of superstition around numbers being a certain way all the time; additionally, one can sometimes count internally to a particular number for no real reason. I myself count to five in my head anytime I’m pouring hot water for coffee or tea; then I put down the kettle and count to five again. “Make sense of it”, dear reader.

Numbers are at the absolute center of The Return — from 430, to 253, and a shouted “119!” This is not to mention the lengthy coordinates memorized by Diane to send Mr. C’s way. Needless to say, a key theme of the numerology within the series is that things must be a certain way in order to travel properly on this Earth or to other dimensions and spaces. Here, the numbers mean specificity and assurance, allowing the impossible to happen. In fact, what may be the final episode of the series is allowed to happen because of numbers. 430 takes Dale Cooper and Diane to another place, and once they cross things do become quite different. From there on out, the uncomfortable feelings of uncertainty and dread take over until the series concludes with a chilling scream from Sheryl Lee.

Speaking candidly, my own therapist has counselled me to sit with uncomfortable thoughts and uncertainties in the early stages of dismantling OCD. Perhaps one of the reasons I often take great comfort in Lynch’s work is that he so often forces the viewer to linger in uncomfortable worlds. The seemingly endless sweeping shot from Twin Peaks: The Return, Henry’s apartment in Eraserhead, almost all of INLAND EMPIRE–all of these sequences or stories are meant to be inhabited by the viewer more so than simply viewed. Lynch doesn’t so much show you his ideas as immerse you within them. This can be deeply uncomfortable, but ultimately healthy, as we confront universal emotions of anxiety, despair and dread. As for me, I’m happy that Lynch makes exactly of art he does. Lynch presents his ideas so thoroughly and wholly, that you have to sit with them, even if they’re uncomfortable. And he’s a genius for doing so. 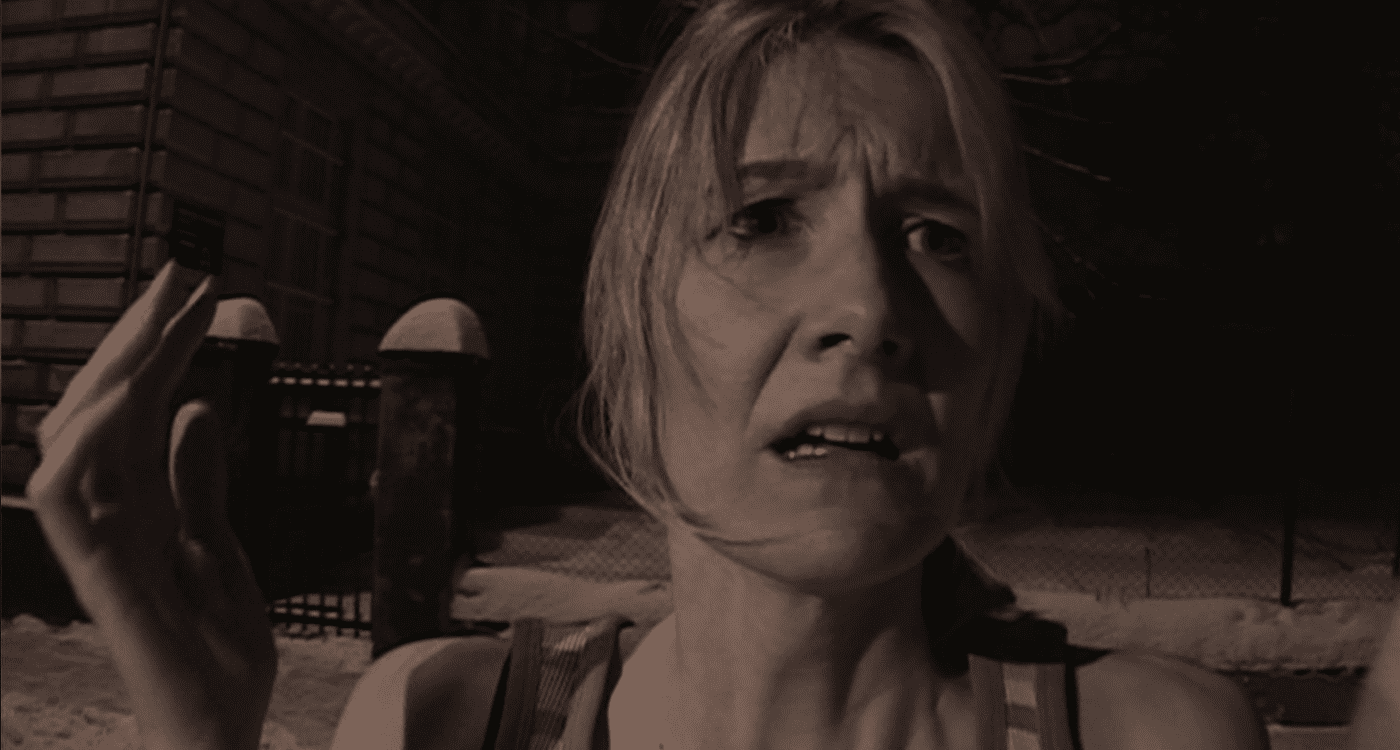 Lynch himself is a man who violently rejects self-analysis and even rudimentary psychology (we are polar opposites in this respect), but the writing’s on the wall. Whether Lynch has the same disorder that I do is irrelevant–he has taught me that nothing thought or imagined can have true power over you, even terribly scary things. And for that, on top of his exquisitely original art, I will be forever grateful that I live on the same planet at the same time as this odd little genius of a man. His love, patience, and singular vision for his art inspire me to continue my artistic pursuits, along with therapy and meditation for my OCD.  Somehow, the man who most eloquently depicts the American nightmare has been one of my greatest inspirations for hope, positivity, and personal growth.