Sex is a timeless influence that both confounds and enthralls the human condition. In the 1960s, its power loomed large over society’s changing attitudes. There was an intoxicating collective brew that was bubbling to the surface and hitting an inescapable fever pitch. Females roared with a desire to be heard and appreciated. Free love attempted to throw off the shackles of a repressed civilization while promoting guilt-free physical pleasures. To encompass it all would take a film that was part style, part substance, and pure sensual chemistry.

The Thomas Crown Affair is a film wrapped in the rules of sexual politics. Its internal mechanisms elegantly spin across concepts of physical and emotional attachments. At the celluloid heart of this journey sits two characters that can be as equally destructive as they are perfectly aligned. It’s the compelling attractions like theirs which pull anyone towards their deepest desires, without a care about the unwelcome consequences. Establishing the ground rules are an impossibility in this diversion. The players can only plot, plan, anticipate, and wait for the next move. It’s the ultimate game of chess played on a much grander scale. 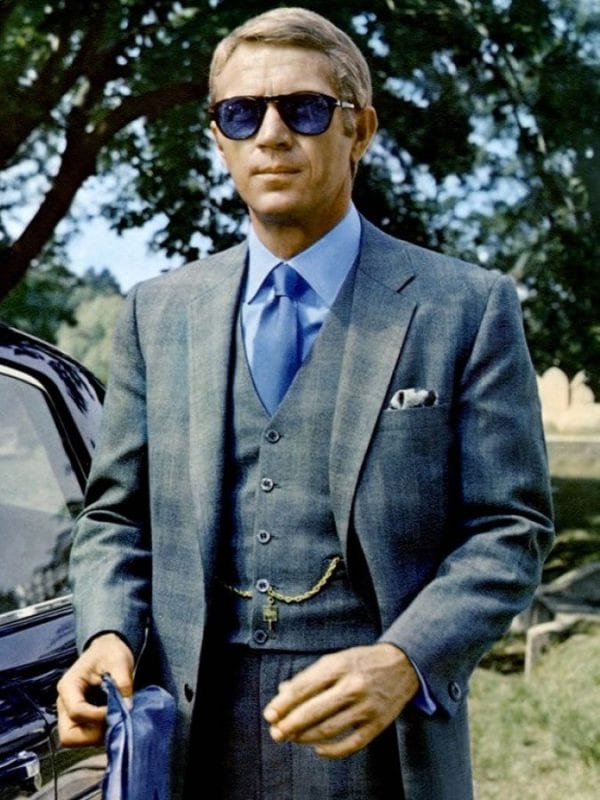 There is a richness that can easily be lost by those who claim to have the most. Nowhere is that truer than the world that Thomas Crown inhabits. He is the irrefutable standard of ‘60s male perfection. Incredibly wealthy with money and time to spare, this handsome businessman portrays everything men were expected to be. Much of his persona, no doubt owing to the charming Steve McQueen, is cool without fault. Behind his piercing blue eyes, there’s a sense of something more. It’s a subtext that only briefly reveals itself through underrated cues or scattered pieces of information. The mystique only heightened by his outside pursuits into a criminal underworld, which welcomes the enigmatic interloper. Crown chooses his games wisely, whether it be the fast-paced world of polo or the slow burn of chess. In between his delinquencies, the bored businessman amasses a world of the best toys. Expensive cars, a glider, beach hideaways, his collection grows into a menagerie of meaningless possessions. This stylish suitor will take on all comers, especially when his perceived match guarantees life and death stakes. He’s willing to take the chances, to dabble in the ultimate thrills. His demeanor revels in the sensations and the possibility that it can all stop in a second. That mentality fuels decadent diversions, even when it comes to matters of the heart. 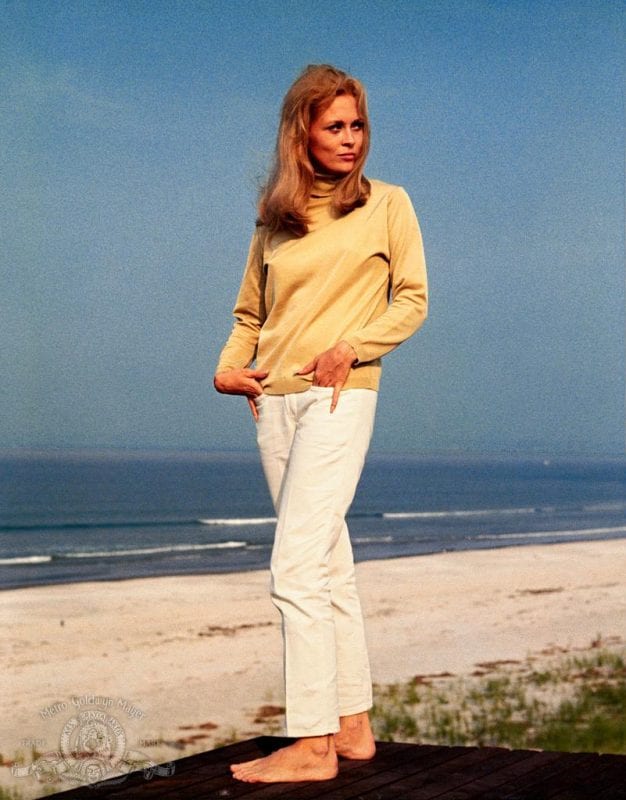 The will to win is not just reserved for masculinity. It is a diverse intuition that seizes femme fatales and shrinking violets alike. Count Vicki Anderson among its most ardent supporters. She confronts society’s feminine paradigms with a dynamically conscious zeal. In 1960s culture, women were still fighting the ideals of being mere objects or pawns in the global dialogue. There was a yearning to get on the global board and play as equals, even rulers of their own personal kingdoms. As the decade ended, the feminine point of view was slowly finding its ways into pop culture, as well as the workplace. It was by no means an equal environment, instead a changing one. The shifting sands under the feet of defined gender roles felt like a welcome move to some, a problem to others. One can imagine the world that awaited Anderson before her move into insurance investigations.

Her first appearance on-screen portrays her as a valuable colleague, yet there is some surprise about seeing this smart woman arrive in Boston. As she says later in the film, “don’t put your labels on me.” It’s an authentic statement that pierces to the heart of the matter. She is all of these things and so much more. Her decisions can be flawed, her rationale imperfect, all without betraying the aspects that make her the best at what she does. When it comes to her opponents, Anderson’s a fierce foe who engages as much as she disturbs their cosmos. It’s the thrill of the hunt that propels her forward into the case of a Boston bank robbery. 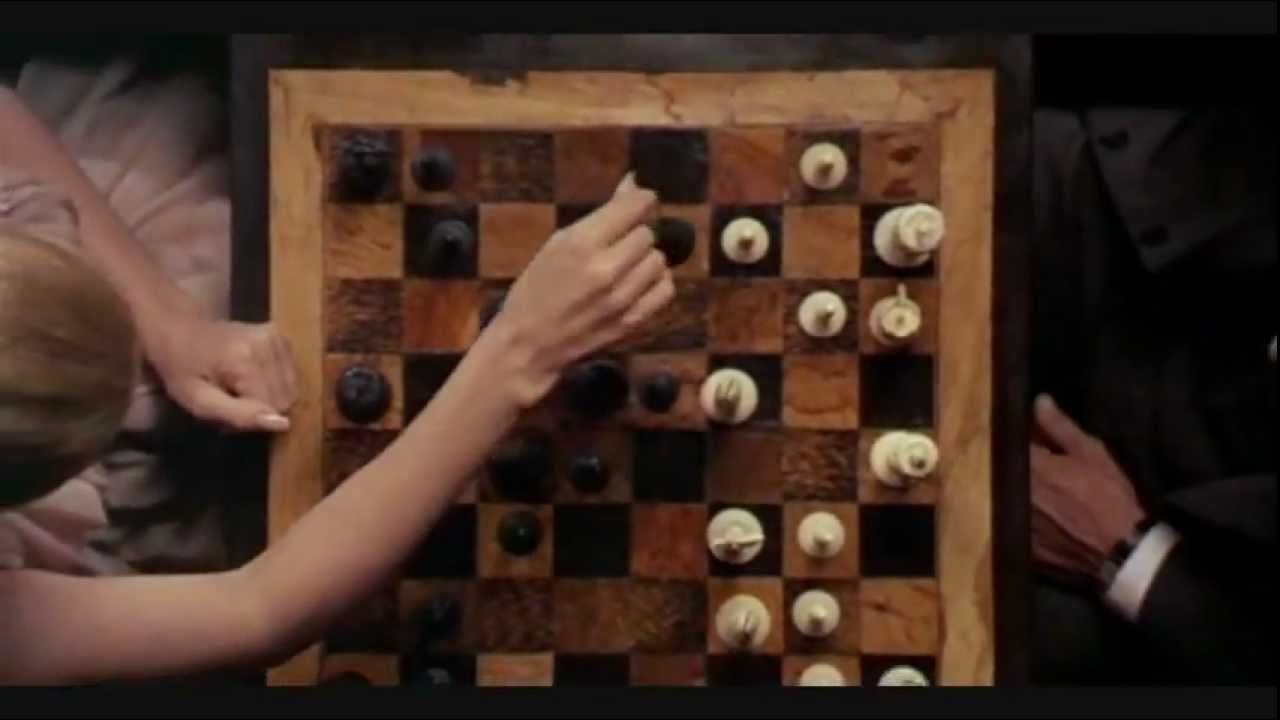 Finding the perfect match can drive the senses, but destroy the heart. In the case of Crown and Anderson, the sentiment only scratches the surface of their complicated relationship. It’s no mistake that chess becomes the pair’s game du jour. Their movements throughout the story are calculated with a careful precision that rivals any great competition. Passion only propels the sport, as both try to unravel the mysteries surrounding the objects of their affection. That same push and pull were echoing itself into the male/female dynamics of 1968. It was at once an attainable dream of the audience’s perception and a lost romantic aesthetic which could never be true. As the chess sequence plays out, there is more to the moment than just seduction. The minutes relay a changing, yet not so different force that pushes two people together. Both players are firmly locked into their winning mentality. Their expressions camouflage the motivations and thoughts that lie just under the surface. Subdued innuendos provide only an inkling of the contest’s true emotions. 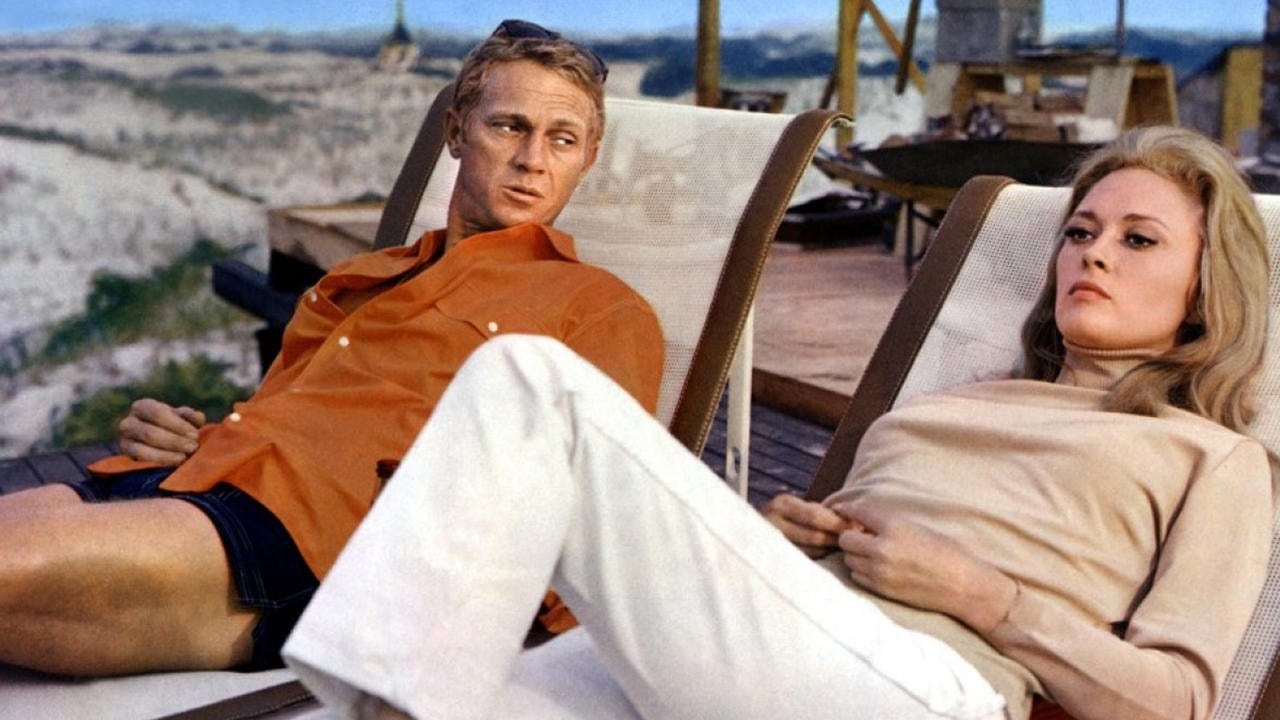 The Places They Run To

The board is set for romance on a grandiose scale, but its backdrop tells another story. Among new beginnings and abrupt endings, the story connects itself to a culture of loss. This melancholy emotion pulsates through the film’s romantic energy. Much of Crown’s own story attaches itself to a mortal obsession, as he pushes closer to the edge. A cemetery serves as a drop-off spot for the gang’s ill-gotten bounty. As the relationship with Anderson comes to life, the two are seen taking in the tombstones of a century’s old graveyard. These stoic reminders of human frailty run almost concurrent to the unintended weaknesses that accompany romance. They relay not only death in its traditional sense but the loss of those things that keep a relationship alive. Cemeteries and graveyards somehow pale in comparison to Crown’s beach refuge. A half-finished structure, this hollow reminder of the past serves as a getaway for the couple. For any relationship, the past foundations can be a difficult obstacle to face. This cinematic couple almost relishes the things that have made them what they are at the moment.

Unsurprisingly, only a fireplace delineates the former intentions of Crown. It stands as a reminder of the fires no longer burning, and the extinguished passions that once seemed to be unending. Those extinguished embers sit on the opposite spectrum of a sauna’s simmering heat. Equally sultry and foreboding, its whole existence is about bodies in their purest state. Sweat and skin bring out the primal urges people usually keep at bay. Crown and Anderson already have an intense connection to their sexuality. Spending time in the sauna only heightens what should be one of their closest moments. Instead, they are preoccupied with the decisions that linger in the air like the rising steam around them. In their most vulnerable states, the pair seems unafraid to accept the future.

This cinematic game ends with a whisper of unreachable possibilities and unfulfilled destinies. In many ways, the details create perfect metaphors for femininity among the decade’s romances. Love in the ‘60s was increasing ambiguous for women. They were being forced to make choices that were neither glamorous nor particularly romantic. If they chose work, they could face losing their goals for a personal life. Of course, those who stayed in comfortable roles faced their own grappling with the questions of what could have been. The decision is placed squarely in Anderson’s hands, yet it isn’t hers to make. Crown knows he is putting her in a winner takes all final contest that can end everything she has worked for or leave her without that slice of personal contentment she’s kept at bay. It is an unenviable choice that expresses the complexities of this quintessential love affair. The audience never learns her answer and it doesn’t need to.

What initially begins as a conversation about Anderson’s final moves in the game quickly turns a mirror on the audience itself. Goals change, motivations adapt, notions evolve, the decisions about Anderson ultimately fall on the uniqueness of the person who views it. Their experiences shape the prism for how they see Anderson and the relationship that reduces itself to slivers of papers cascading through the wind. What becomes of them both as mysterious as paper’s graceful flight through the crisp cemetery air. 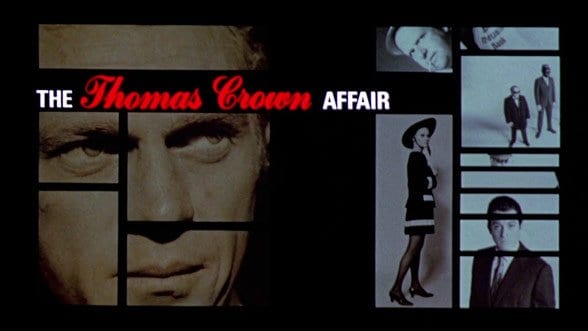 Is there a game as enthralling and impossibly treacherous as the one people play with their hearts? Nothing answers that more than the alluring, attractive, and altogether seductive elements that make up The Thomas Crown Affair. It is a competition for the ages that holds the truths of 1960s gender politics and sexual revolutions in every frame. One that every heart before and every one since can feel with each beautiful beat.