Welcome back to our continuing coverage and analysis of each week’s new episode of Sharp Objects! We’re officially in the home stretch now with only two more episodes remaining. This week’s episode did move the story forward, both with the characters and the plot, but perhaps more than any other episode so far left us with some really stunning visual sequences. Watching Camille and Amma skate through the town, for example, just looked hauntingly perfect. The mood, the lighting, the music — that scene hit on all cylinders. When I think back on this show years from now, that image will likely be what goes through my mind. I know critics of the show have complained about the pacing—which is an argument I disagree entirely with—but the show’s ability to take the time to build characters, continue to develop the setting as a character of its own. It gives us visual joys instead of nonstop exposition is a strength and not a flaw, in my opinion. Alright, hopping off my soapbox now — let’s get into it.

I’ve long believed that by coming home and being surrounded by all this pain and tragedy, Camille is slowly waking up. She’s remembering things, leaving her mental and emotional fog behind and most importantly, is healing. Camille’s self-harm extends beyond the cutting. The excessive drinking has kept her numb, being far away from her hometown has allowed her to detach, and the walls that surround her heart and mind have been impenetrable for a long time now.

Now back at home, she’s confronting her mother and learning more about her past. She’s slowly opening her heart to Richard in a way she probably hasn’t in a long time, if ever. In this episode, Camille is connecting with Amma in a way she probably thought she never could again with a sister, especially after witnessing the suicide of her roommate at the hospital. Up until the final moments of this episode, I was convinced that Camille’s connection to Amma would be the focal point of this analysis. Then we saw the little girl, the ghost of Marian, Camille’s deceased sister.

Before Camille and Amma made their way upstairs, we see Marian watching them. I had to rewind it to catch it, but she’s there. Upstairs, while in bed with Amma, she takes Camille’s hand and tells her, “it’s not safe here for you.” Had we not seen Marian downstairs in the hallway watching Camille and Amma, I would be convinced that Marian was part of Camille’s subconscious helping her in this seemingly more and more dangerous situation she’s in. But Camille doesn’t see Marian watching her, so it seems to me that Marian is operating independently of Camille. Where this goes from here and what Camille does with Marian’s warning remains to be seen.

Amma’s behavior and the audience’s growing suspicion towards her was another major takeaway from this episode. I’m still not ready to call her my top suspect — I’m leaning towards John Keene’s girlfriend Ashley — but more on that later. This episode doubled down on Amma’s behavior being more than just that of a wild child. Her desire for control drives her, and her actions seem to know no bounds. Her relationship to the dead girls certainly keeps her towards the top of the list of potential killers. That being said, my personal theory on Amma remains that she’s a young woman that is attracted to danger and likely played a part in the conflict that ultimately cost those two girls their lives, but her role is most likely limited to stirring the pot.

Amma’s emotional baggage has several sources: living with Adora, a mother who has suppressed her and treated her as a doll and not a young adult; the feelings that stem from knowing she has a deceased older sister; and hearing tales of her other older sister, the wild and well-loved Camille. All these things have shaped who Amma is as she grows up in the already complicated town of Wind Gap. Of course, the show could completely surprise me and go with the obvious choice of Amma as the killer, with the underlying message being that we should be paying more attention to what’s obvious and right in front of our faces. Only two more episodes until we know for sure… 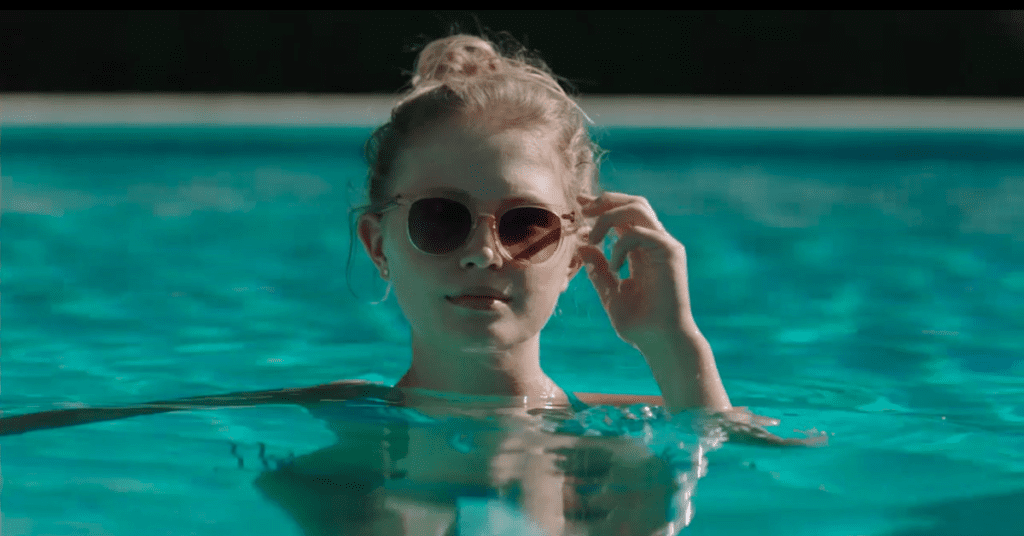 This week, Richard went straight from morning glow to diving into Camille’s past, trying to further expand upon what Adora told him the week before. Richard’s investigation into his love interest led him to the hospital Camille once resided at and also to his favorite local bar, where Jackie connected a few more dots. The big takeaway here is that Richard’s feelings for Camille seem genuine. He’s a detective, so he’s cautious by nature, but he seems okay with everything he learned about Camille’s troubled past.

John Keene, already guilty in the court of public opinion, now looks like he will be arrested in the next episode for the murder of at least one, if not both girls. When a bike was discovered in the pond at the pig farm, Adora, Chief Vickery, Richard, and Bob Nash were on hand as Bob identified the bike as his daughter’s. Later in the episode, Chief Vickery stated that one of the Mexican workers at the farm claimed to have seen John Keene with the bike and acting suspiciously. John, an outsider to the town, never really stood a chance. Wind Gap is deeply protective of their own, and the quiet new guy in town who doesn’t really enjoy living there makes for the perfect person to throw to the wolves. After all, who would believe him over a Wind Gap native? In previous weeks, I wrote about the connection that Camille feels towards him, relating to the pain of losing a sister. My bet says news of his arrest puts her even harder at work and at odds with her mother, who likely has a hand in selecting who will take the fall for these murders.

Out of all of the new evidence to arise this week, Ashley’s mangled ear is what threw me for the biggest loop. Ashley seems to exemplify what the women of Wind Gap have always wanted to be: a popular cheerleader in high school who marries well and then has the perfect family and life in Wind Gap. Ashley aspires to be like the women Camille so awkwardly hung out with this week. But there’s a lot of suspicion surrounding Ashley: her injured ear, her obvious lies to Camille when asked how she felt about Natalie, and her behavior at the party when Camille confronts her about lying and Ashley fires back that if she wants to know more about Natalie, she should ask Adora. It seems pretty reasonable to connect the dots that Natalie was the one who injured Ashley’s ear, but why? Did this lead to Natalie’s death? How did Ann play a part in all this? And what does Adora have to do with it? I don’t know, but Ashley definitely has something to hide, and her boyfriend is taking all the heat for it at the moment.

That’s going to do it for this week. As always, thanks for your support of 25YL and be sure to let us know what you think of this most exciting limited event series in the comments section!