“Where in the World is 25 Years Later?” is a trip around the globe highlighting the contributions to the cinema from countries all around the world. This week we take a trip to Poland and we’re Loving Vincent.

A rich diversity of perspectives only aides in the appreciation and joy of movie-watching. Taking a look at films from around the globe can also better our understanding of the plight of human beings, wherever they may live, and aid in our realization of our connectedness as a species. The most powerful aspect of our essence is that no matter how different we may seem, or how effective we are at convincing ourselves that we can share nothing in common with those of different backgrounds than us, the basic principles of humanity are shared. Movies offer a glimpse into the worldviews of others that we may not ever experience first-hand and allow us to see the similarities in our struggles and the power in our beings. Films also allow us to encounter the transcendence of our shared existence, and also to see that unbridled joy defies any language barrier. Join us, as we tour a collection of moving examples illustrating the richness of diversity like only the cinema can present. 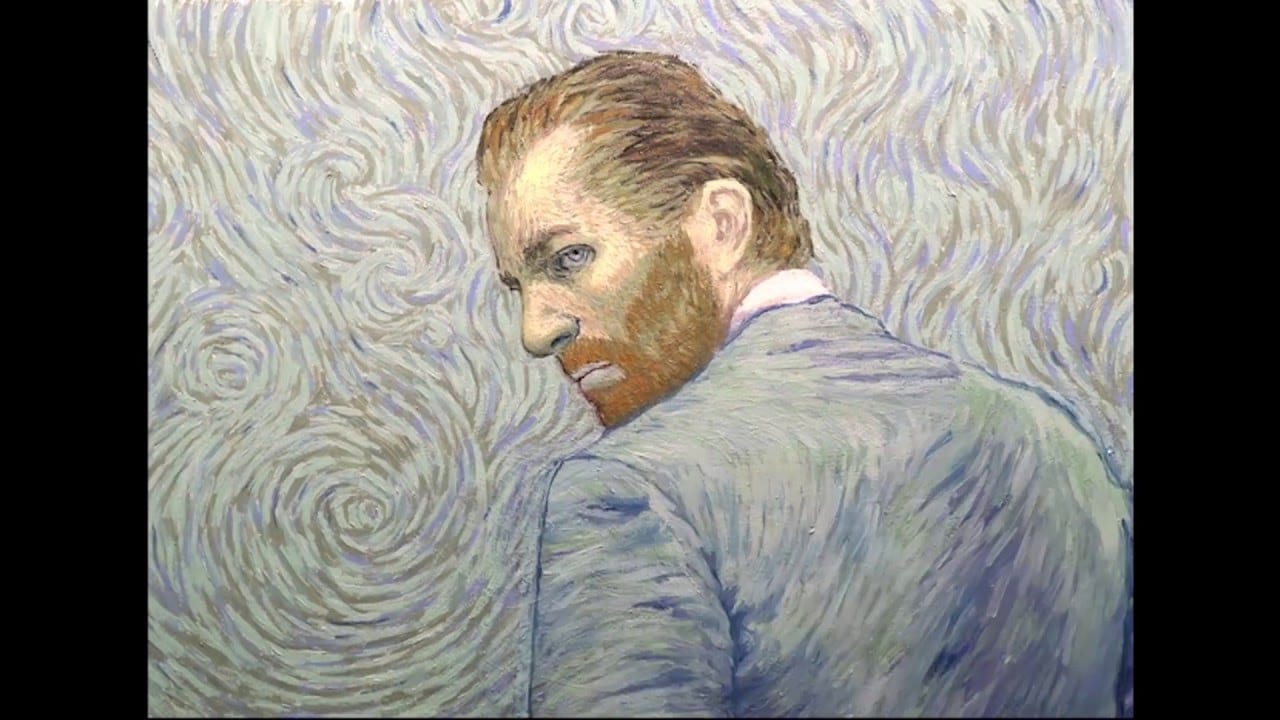 The first stop on 25YL’s trip around the world is Poland, where a 2017 team of over 100 painters set out to do the impossible: to bring to life the paintings of Vincent van Gogh. Over a six-year period, the paintings of perhaps the most celebrated artist to ever live were reimagined into the medium of film. Each frame of the film was painted by hand before being combined with computer animation to allow Vincent van Gogh’s paintings to move and breathe. The vivid, fluid movement the artists brought into being of such an unmistakable creator was a crowning achievement for film and an incredible bridge between two forms of expression. It took 853 individual oil paintings to complete the world’s first fully painted animated feature. Using the same techniques as van Gogh himself, the team composed of artists, over 60% of whom were women, painstakingly devoted to their craft produced a beautiful homage to the world’s most famously troubled soul. Each scene was acted out using live actors, after which each scene was painted before being transferred to computer animation. Many scenes in the finished film include recreations of Vincent van Gogh’s paintings, as well, making any fans of the artist well-up with emotion at the beautiful tribute gifted to the cinema.

Loving Vincent was launched via a Kickstarter campaign on February 18th, 2014, to collectively gain funds for an idea that had never even been attempted before. From its initial announcement, I anxiously awaited what would become of the project that promised to allow audiences to not only watch van Gogh’s paintings move but to gain a deeper insight to his life of such profound struggle. The finished product did not disappoint, as the film is a masterwork of both dedication and reverence. 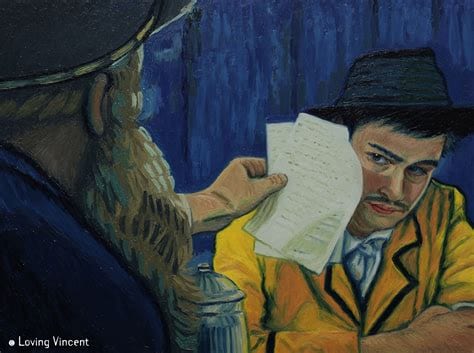 The film details the journey of a quest undertaken to deliver a letter, in 1891, one year after the mysterious death of Vincent van Gogh, written to his brother Theo that his postmaster Joseph Roulin is determined to hand over. He enlists his directionless and cynical son Armand to track down Theo and deliver the letter, in hopes to not only give him some meaningful way to spend his time but also to acquire some empathy through his travels. Initially reluctant to pass along the letter of who he calls a dead madman, Armand eventually changes his attitude and even takes pride in his task, determined to see it through. Many failed attempts had already been made before Joseph Roulin was finally able to procure the letter himself, meaning an arduous journey lies ahead for Armand. Traveling to Auvers-sur-Oise in France where Vincent was painting at the end of his life, Armand encounters many people that were around van Gogh near the end of his life. He visits the proprietor of the inn where van Gogh lived, the doctor who treated his mental illness, and many other acquaintances of the village, many of whom were also inspirations for his paintings.

The more people that knew Vincent share with Armand details about his life, the more difficult it becomes for Armand to dismiss him as merely an insane man who offered nothing to those around him. Armand becomes fascinated by what he learns, and also stricken by the accounts of Vincent’s death that don’t seem to add up. Throughout his journey, he begins to wonder if Vincent’s death wasn’t the result of murder, as opposed to suicide as most of the town believed. After learning that Theo, too, had died recently after Vincent, Armand’s intrigue only grows and he develops a commitment to understanding the life of the tortured artist. The longer his journey lasts, the more apparent it is to Armand that Vincent’s life is just as open to interpretation as his paintings, and no easy answers exist to help understand van Gogh’s complicated psyche. 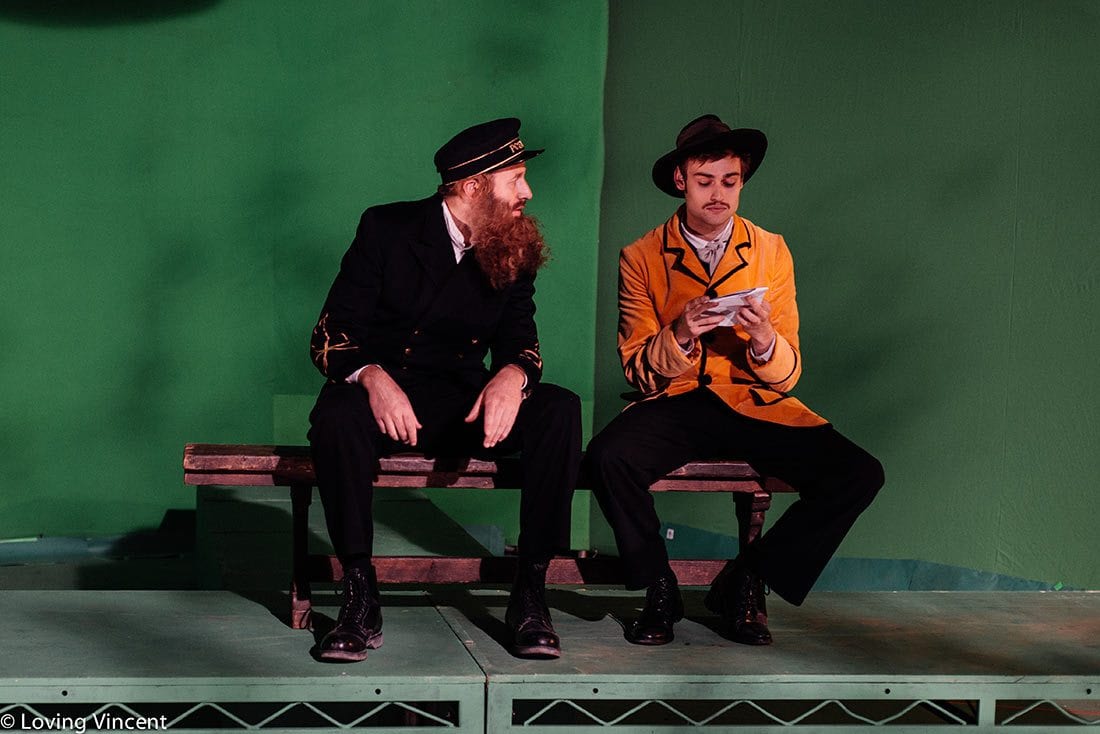 Vincent van Gogh’s life is a fascinating enigma; the heart of a man who could feel his art so profoundly as to say “I dream of painting, and then I paint my dream” proves he lived to paint and believed only in his destiny as an artist. Loving Vincent is an inspiring testament to staying true to one’s purpose, as well as a window into the feelings van Gogh struggled with throughout his life. The man who felt so deeply about his art and the goodness of people was exploited for his talents and never validated while he was alive. It’s fascinating to me that someone who was so taken advantage of and talked down to while they were living could say something as moving as, “I feel that there is nothing more truly artistic than to love people.” Vincent’s commitment to the goodness of the human condition, despite knowing so profoundly the dark corners of our psyche, is proof enough that people cannot be written off as uniformly grim when there is such prevalent evidence of our uprightness. 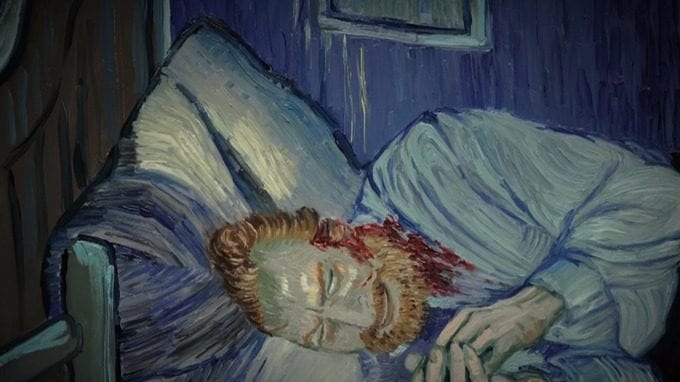 This trip to Poland was extraordinary, offering a glimpse into a one-of-a-kind work of art that brought something wholly new and magnificent, adding a whole new breadth of ever-evolving cinematic language. I can only hope that Loving Vincent is the first of its kind and that even more artists bring to life the paintings that we all love. Many have argued over the accuracies of van Gogh’s life as they are depicted in Loving Vincent and have stated that the look of the film alone cannot justify taking artistic license to the life of an artist. To those criticisms I say, when has cinema not taken poetic license with that which it depicts? There is also the possibility that those who take such a stance have missed the purpose of the film entirely. Loving Vincent was designed to shine a warm light on one of the most revered painters the world has ever known. The film beautifully expresses that the opinion one holds on the mysteries surrounding van Gogh are secondary to the way his art touched the world. Each person that knew him had a different understanding of who he was and what may have happened to him, and each of those perspectives is valid and offers a complete picture of who Vincent was.

What one also gains throughout a viewing of Loving Vincent is the opportunity to understand mental illness and learn empathy for such issues that are often entirely ignored in movies. Loving Vincent isn’t a biopic, it’s not a portrait of a man’s life but is instead a journey through that life, as well as an opportunity to see the stars sparkle as the artist himself did. We are offered in Loving Vincent a chance to gaze into the very spirit of van Gogh and grasp the unique way in which he saw the world around him, while also seeing his films move with the vivid expression he brought to them. His life and his mental state have unfairly been the subject of scrutiny since his death, and Loving Vincent teaches us, as postmaster Roulin stated in the film, “Live longer, you’ll see, life can even break down the strong.”