“A darkness swirls at the centre of a world-renowned dance company, one that will engulf the artistic director, an ambitious young dancer, and a grieving psychotherapist. Some will succumb to the nightmare. Others will finally wake up.”

One would imagine it’s a nearly impossible task to try and remake Suspiria without the inevitable backlash from audiences across the globe, but that hasn’t stopped the now decade-long attempt to revive Dario Argento’s supernatural masterpiece for a modern audience. Back in 2008, there was the announcement of David Gordon Green’s version that would have starred Isabelle Huppert (Elle), Janet McTeer (Tumbleweeds) and Isabelle Fuhrman (Orphan), but that film sadly never came to be. Here we are in 2018, though, just days away from Luca Guadagnino’s vision debuting at the 75th Venice International Film Festival on September 1st. I’m sure Gordon Green would’ve done an excellent job, but I’m guessing he’s content with the way things panned out (what with his new Halloween movie opening in the not too distant future). The Suspiria remake is instead being helmed by Guadagnino whose last film, Call Me by Your Name, became the most acclaimed of his career thus far.

Swap out Huppert, McTeer and Fuhrman for the likes of Dakota Johnson, Tilda Swinton and Mia Goth, and Guadagnino’s film it a wholly new take that bears no resemblance to the version Gordon Green would have made. And while 2018’s Suspiria shares commonalities with Argento’s original, it doesn’t appear to be the same type of trite, watered-down remake we so often see. This can only be a positive move in my eyes, judging by the teaser trailer and publicity stills that have been released. Why try and improve upon what is visually perfect? You can’t, which is why I’m so pleased to see Guadagnino move away from Argento’s signature style and create something that can stand on its own. This is Guadagnino’s Suspiria, a “homage” to Argento’s film and not a straight remake that would’ve been a completely pointless effort. So, with the new Suspiria opening in just a few months, a new full-length trailer has been unleashed on the world that has been waiting for the return of the Three Mothers. 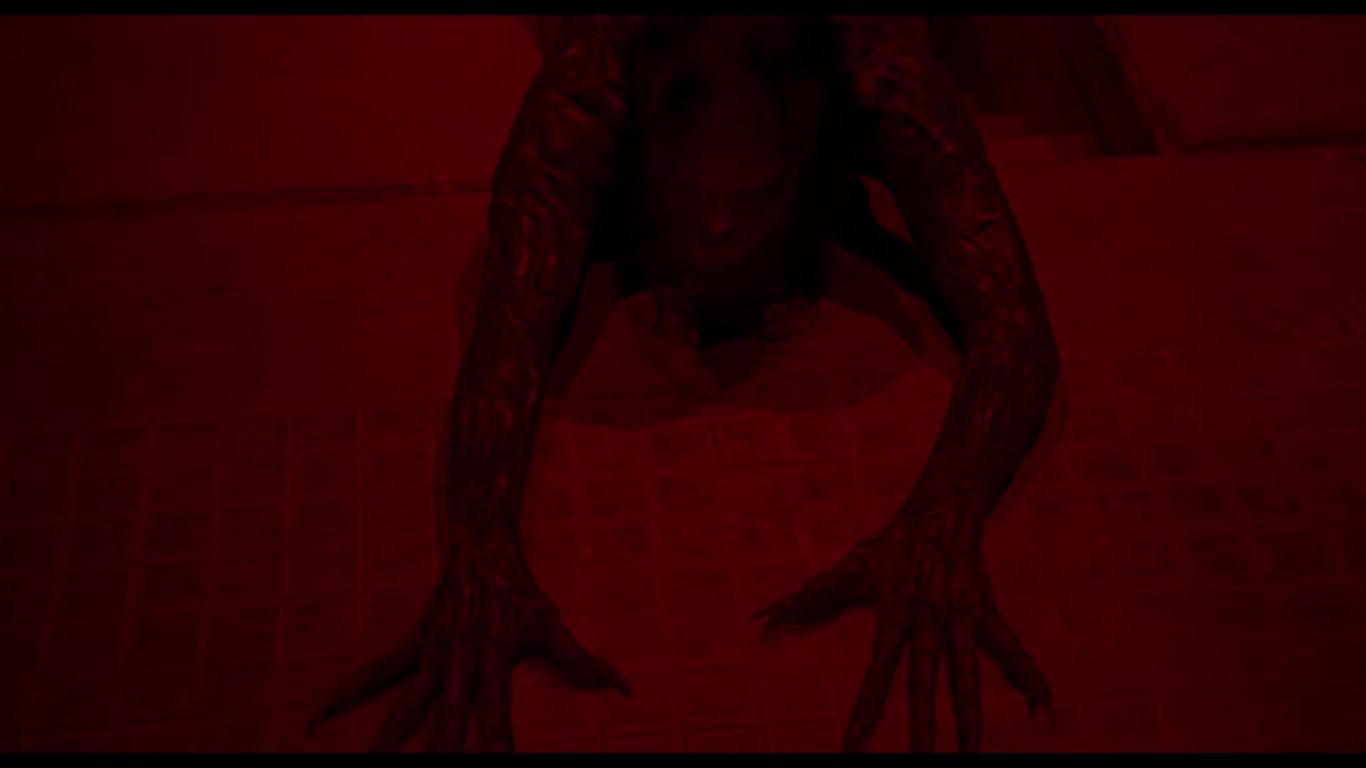 Yeah, Guadagnino is not messing around. The first teaser trailer was full of the dread, suspense and atmosphere we expect to see, but little was found in the way of the plot due to there being no dialogue at all. The bleak eerie imagery was there, the hauntingly brief cues from Thom Yorke’s highly anticipated score was there, but it was a teaser first and foremost. This new trailer, however, brings the horror we have all been waiting to see. The moments are fleeting, but I imagine we’ll have to wait until October/November to witness the true intensity of Guadagnino’s 152-minute epic. The official trailer focusses more on the plot right from the get-go, as Chloë Grace Moretz trembles in fear of being possessed by “her.” Is “her” one of the Three Mothers or is there a larger coven at play? Has Guadagnino adapted Argento’s Three Mothers trilogy consisting of Suspiria, Inferno, and The Mother of Tears into this one film? It appears that way, at least, which would be quite something indeed.

It is Sara (Goth), though, who seems to be our proxy. She questions if Susie Bannion (Johnson), the newly-recruited dancer at the Markos Dance Academy in Berlin, has made a deal with “them” after artistic director Madame Blanc (Swinton) has taken a particular liking to her. Throw in the all-knowing psychotherapist Dr. Jozef Klemperer (Lutz Ebersdorf), and the mysteries surrounding the dance academy may not be kept secret for much longer. Yes, this is a remake of Suspiria, but it looks like Guadagnino has been influenced by more than just Argento’s original. The Three Mother witches seem essential to the plot, which is both surprising and enthralling. It doesn’t look like Argento’s Suspiria, but thematically his influence is all over Guadagnino’s vision, which was written by David Kajganich. We already knew this Suspiria wasn’t going to use the same vivid colours for which the Italian giallo genre is known, but the colour palette does remind me of styles used elsewhere in Europe. 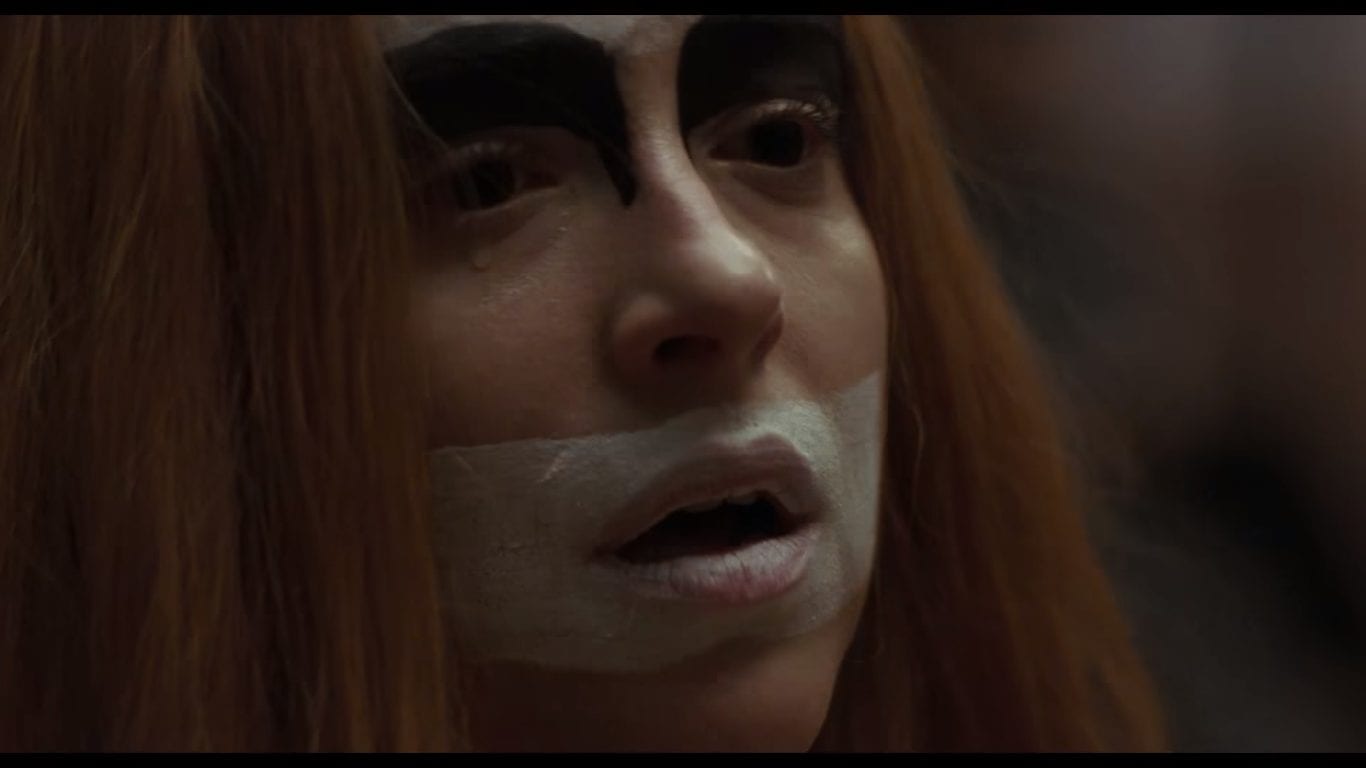 For me, the colour palette evokes the muted tones of filmmaker Andrzej Żuławski’s work, especially that of his 1981 psychological horror-drama, Possession, which is by far and away the craziest film I’ve ever seen. Seriously, if you’ve been sleeping on watching it or perhaps you’ve never even heard of it, you have to see Possession as soon as possible. It’s an experience like no other. Like Possession, Guadagnino’s Suspiria was partially filmed in Berlin, Germany—as well as Varese, Italy—and the claustrophobic coldness is immediately felt. More than just evoking the tone of a Żuławski movie, Guadagnino’s Suspiria also looks like it was filmed in the late ’70s/early ’80s, as it was shot on 35 mm, which gives it that texture a digital camera can never truly replicate. Kudos to Guadagnino for keeping Suspiria’s European setting, too, as he could have easily translated it to somewhere in the U.S. like Los Angeles, which was the location for Nicolas Winding Refn’s Suspiria-inspired tale, The Neon Demon.

What also interests me about the trailer is Dakota Johnson’s role of our protagonist, Susie Bannion—or is Johnson playing the protagonist? It’s hard to judge from 2:37 minutes of footage from a 152-minute film, but if you’ve seen the original you’ll know Suzy (Jessica Harper) is our hero and the one who ultimately stops the coven’s murderous activities. However, in Guadagnino’s Suspiria, it looks like Johnson’s Susie has fallen under their evil spells and might not be our final girl after all. Johnson is the most striking figure in the trailer, as her red hair deliberately clashes against the earthy tones and vacant spaces created by Sayombhu Mukdeeprom’s Kubrick-like cinematography. In the original Suspiria, Argento’s operatic style of visual storytelling is bursting through every frame, as the vibrancy of the nightmarishly heightened colours become a shock to the senses. In Guadagnino’s Suspiria, it’s all about the danger of the colour red against browns and greys: red hair, clothes, drapes, blood, etc. 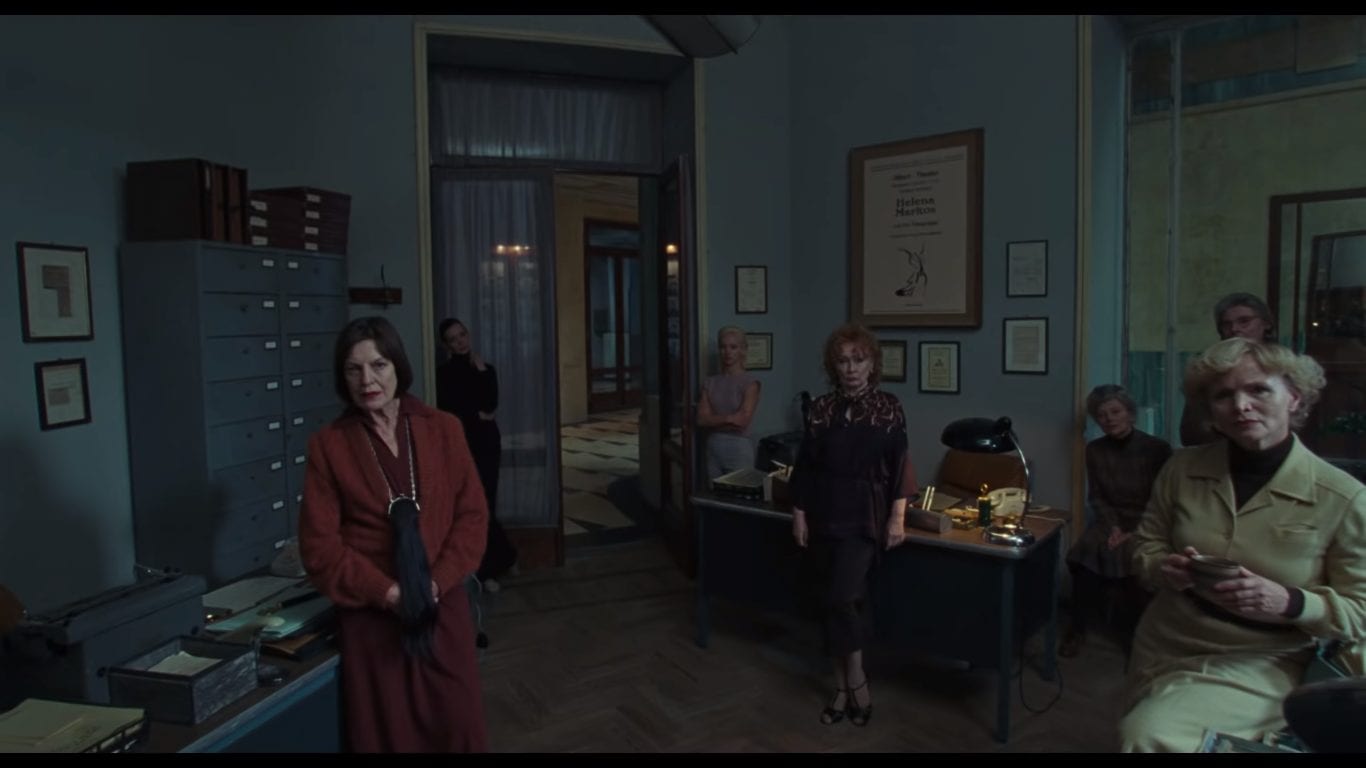 And of course, one can never think about Suspiria and Argento without hearing the iconic work of Goblin pulsating through one’s mind. Goblin’s collaborations with Argento will go down in cinema history as one of the finest there ever was (Tenebrae is a personal favourite), but I’m glad Guadagnino did a 180 and hired Thom Yorke of Radiohead fame to compose an entirely original score that sounds nothing like the Goblin classic. Remakes too often slavishly try to redo what was great once before, and in doing so fail miserably because they’re so derivative. Guadagnino’s Suspiria doesn’t look like Argento’s and it certainly doesn’t sound the same, but all the hallmarks are there. And I can’t wait to see how original star, Jessica Harper, fits into the plot. How awesome would it be if she is one of the Three Mothers? I guess we only have to wait a few more months to find out. That’s if I can keep myself away from any spoilers floating around after it premieres at the Venice International Film Festival!

By the way, that’s definitely Tilda Swinton below, right? I know it has been rumoured and denied for well over a year, but I’ll be shocked if Lutz Ebersdorf is an actual actor making his screen debut and not Swinton under heavy prosthetics. For all I know, maybe that will even play into the plot somehow? I, for one, will never be disappointed by two Tilda Swinton performances in the same movie. Let the games of murderous witchcraft, ritualistic dancing, and spellbinding imagery begin. That’s if you’re not too creeped out already… 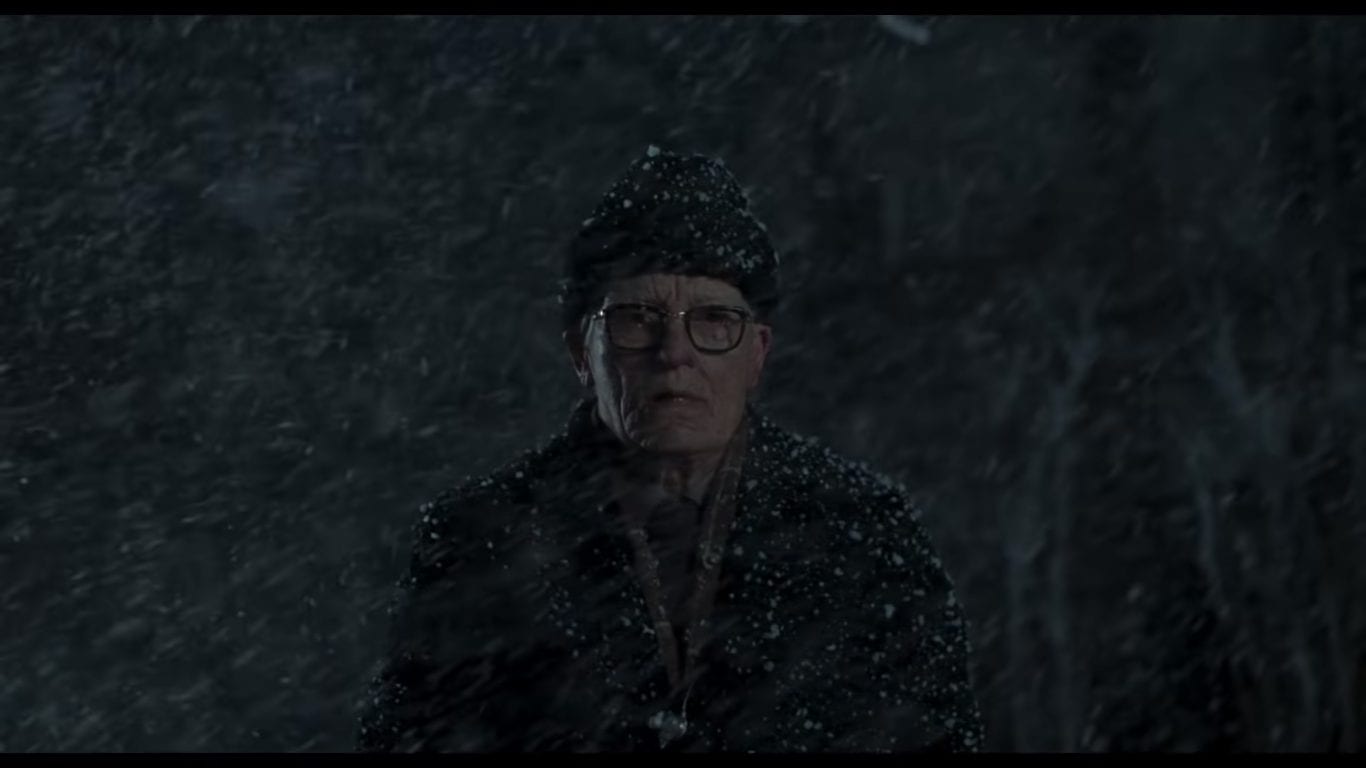 So, what are your thoughts on the new Suspiria trailer? Are you looking forward to Luca Guadagnino’s remake, or should Dario Argento’s 1977 masterpiece have been left alone? Please leave a comment and let us know by following the information about our social media accounts, which can be found below. Alternatively, you can follow me on Twitter (@JonSheasby), and we’ll continue the conversation over there.