Here at 25YLSite, we handle a lot of heavy lifting. Analysis, interpretation, in-depth discussion, introspective interviews… you name it; we’ve got it. “Favorites” takes a lighter approach to the material we normally cover. Each week, we will take you through a list of favorites – whether it’s moments, scenes, episodes, characters, lines of dialogue, whatever! – in bite-sized articles perfect for your lunch break, a dull commute, or anywhere you need to take a Moment of Zen. So, sit back and enjoy this week’s offering: Andrew’s top five TV deaths! (Oh, wow, sorry if that sounds morbid; its emotional deaths, does that help?)

(Author’s note: If you haven’t seen The Sopranos, Lost, Six Feet Under, Oz and Twin Peaks, there are spoilers ahead. Also, this list is in no order but rather just a collection of my personal Top 5.)

Kind of a morbid topic for Favorites, I know. That being said, how many of us can recall watching a show we love and, when a character meets their end, having all of the wind taken out of us? Almost as if we knew the person and now they were gone. As a viewing audience, we get invested in shows and the characters in those shows. The more we enjoy a show, the more the departure of a character can make us feel that loss. Today, I’m going to share my Top 5 Most Emotional TV Deaths with you; the ones that just ripped me apart. 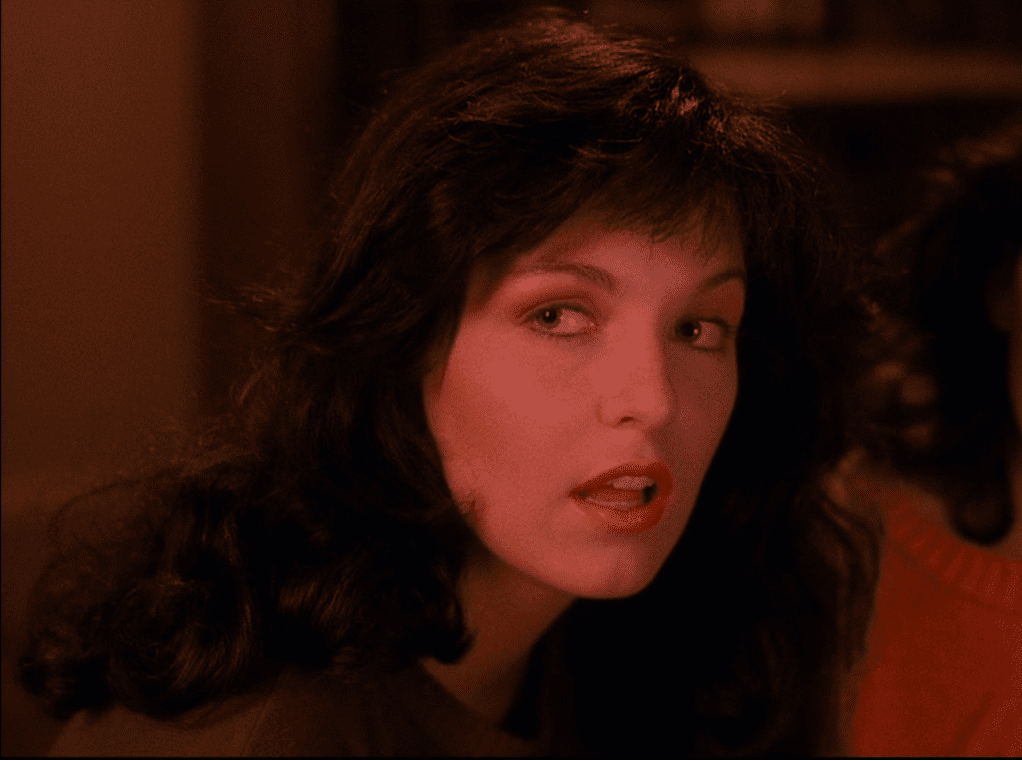 Let’s go ahead and get the obvious one out of the way first. She wasn’t Laura Palmer but didn’t she look just like her? When Twin Peaks creators David Lynch and Mark Frost were forced the solve the mystery they never wanted to resolve — “Who Killed Laura Palmer?”– they certainly didn’t pull any punches. In what I still consider to be the best hour out of both the original series as well as 2017’s Showtime revival, the Lynch-directed hour was filled with dread from the opening credits until the final sequence. The tension that filled the entire episode seemed to hang above characters that had nothing to do with Laura’s death or the death of her cousin, most notably in a scene in at the Roadhouse that still has me spellbound despite seeing the episode more than 20 times now. Lynch and Frost used Maddy’s murder as a way to tell the audience who killed Laura Palmer but not the characters on the show. Maddy was an innocent, someone who stayed in town a little too long and reminded the killer (her uncle) a little too much of his daughter, the previous victim. Maddy’s innocence and plans to leave town the next day were heartbreaking enough, but the realization that Leland Palmer / BOB had raped and murdered his own daughter made Maddy’s violent end that much harder to deal with.

I know that most fans of The Sopranos would choose the death of Adrianna as the most emotional, and that’s a tough point to argue. Christopher’s death over the years has been kind of a slow burn for me — sure it really bothered me when it originally aired, but it’s taken on added meaning over the years when I think about the character and his arc throughout the run of the show. Christopher rose through the ranks of the family and was hand-picked by Tony to be the heir apparent, only to have his heroin addiction derail his rise to the top. Christopher was forced into rehab by Tony and told to stay clean but little did he know that following Tony’s directions would lead to his downfall within the family. Attempting to take what he learned in rehab and Alcoholics Anonymous, Christopher removed himself from a lot of social interactions with the guys. He simply couldn’t jeopardize his recovery by putting himself in certain situations. Prioritizing his recovery isolated him from his peers and the death of Adrianna made that even worse. Christopher spent the rest of the series fighting the uphill battle of maintaining his sobriety and starting a family he had little interest in. His heart was broken. He gave up the love of his life for a family that kept him at arm’s length for the rest of his life. Christopher’s relapse was likely brought on by feelings of depression and loneliness, and his life was ultimately taken by Tony, the man he always wanted to please. 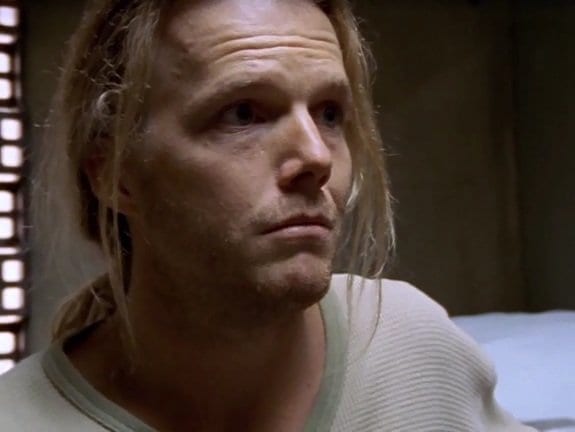 Oz was always more of a commentary on the American prison system rather than a prison drama. While the topic of the death penalty came up numerous times through the series, never was it more controversial than when Cyril O’Reilly was supposed to be put to death by the state. Cyril was always topical — before arriving at the prison, he suffered a blow to the head that rendered him childlike and unable to process and comprehend most things in life. The fact that he was a prisoner without any accommodations based on his mental impairments was controversial enough. During his prison stint, Cyril, despite being well protected and looked out for by his brother Ryan, had a few violent incidents, including stabbing another prisoner to death, and had his life in prison sentence changed to the death penalty. Ryan O’Reilly, many inmates, and staff alike rallied to save Cyril from the death penalty. As Cyril’s execution was about to proceed, the inmates joined together to tap their cells in a show of solidarity. In a truly heartbreaking moment, when asked if he had any last words, Cyril’s response was “Huh?” He had no idea what was happening to him. A last second delay came in the form of new evidence, giving Cyril a few more days with his brother. When his execution day finally arrived, and the black hood was placed on his head, Cyril screamed out for his mother and brother, asking what was happening to him; not understanding that the state was putting him to death.

Lost might hold the record for most character deaths to make you tear up a little, but ultimately, none were more of a gut punch than Charlie. Introduced as a main character right away, Charlie’s heroin addiction made him a character to root for as he got clean on the Island. Plus, who didn’t love his relationship with Claire and her son Aaron? Season 2 saw Charlie morph from loveable to dark, as his demons never completely resurfaced but took him to dark places nonetheless. Season 3 seemed to be a return to form, with Charlie back to being the character we knew and loved, but the 8th episode of the season, “Flashes Before Your Eyes” threw a wrench into things: Desmond had a prophecy that Charlie would die. A season-long arc began of Desmond preventing Charlie’s death and Charlie coming to terms with the fact that his life may be indeed ending soon. The final two episodes of Season 3, “Greatest Hits” and “Through the Looking Glass” turned out to be an emotional roller coaster, with most fans expecting Charlie to die in the penultimate episode, in which his character was the central character. When he lived, and it seemed like he and Desmond would be able to complete their mission in the underwater DHARMA station without Charlie dying, fans were pulled into a false sense of comfort. Charlie’s final moments saw him speak with Desmond’s long lost love, Penny, in the radio room, realizing it was not her nearing the Island. As Charlie sees Mikhail preparing to blow up the station in a suicide bomber like move, Charlie delivers his now famous “Not Penny’s Boat” message to Desmond and locks himself in harm’s way, giving his life to help fulfill Desmond’s prophecy of Claire and Aaron one day safely escaping the Island and for Desmond to be reunited with Penny. The impact of Charlie’s sacrifice and death would be felt throughout the rest of the series and the memory of his death scene never forgotten.

How many shows kill off their main character before the final episode? Not many. Six Feet Under started with the death of Nathaniel Fisher Sr, which was the catalyst for his son Nathaniel Jr coming back home, and ended with the family grieving his death as well. Nate’s health issues had been forewarned in earlier seasons so when they resurfaced suddenly in the final season, fans were shocked but couldn’t be upset. Nate’s death coming several episodes before the series finale was shocking yet allowed us those final hours with the family to experience their grief, to feel their devastation and to go on that emotional journey with them as they went from pain to picking up the pieces and moving on. Six Feet Under’s legacy will always be how unafraid the series was to both take chances other shows wouldn’t but to also take us places emotionally as viewers nobody else would. Nate’s death shortly after his 40th birthday not only forced the show’s characters to ask themselves the bigger questions in life but also us as viewers. Are we living the life we want? Is there anything we would change? If so, do it now because tomorrow isn’t promised for any of us.

That’s my top 5 most emotional TV deaths, a topic that I’m sure will garner a wide variety of responses. Comment and let me know your choices!