The second stop on the “Where in the World is 25 Years Later?” journey takes us to Sweden to explore one of my favorite films by the titan of cinema Ingmar Bergman, The Rite.

Bergman is well-known for classics including The Seventh Seal, Persona, and Wild Strawberries, and far less known for his 1969 film, The Rite. Initially made for Swedish television, The Rite was Bergman’s response to critics outside of his native Sweden who accused his films of being too sexual and indecent. After Summer with Monika hit the States and American audiences flocked to it as the film became known for showing exposed breasts, a scandal in mid-1950s America, Bergman became thought of as lude. It’s unfathomable to think that a director as prolific as Ingmar Bergman didn’t get the praise in the United States that he’s been elevated to since his death, but the idea that his films were of a sexually-explicit nature is one that was attached to him for years after Summer with Monika premiered in American cinemas. To answer to that claim and to silence his critics who continued to write negatively of his films, Bergman made a film so uncensored that he was almost saying, “You think my films are too sexual? Just you wait!”

The Rite tells the story of a troupe of actors interviewed by a Judge who is investigating them regarding their most recent performance for the charge of indecency. Reports have come in that their play was pornographic and therefore must be examined by the Judge. In addition to a rallying cry against the critics who unfairly judged his work, Bergman is also providing commentary on government intervention and attempted ownership of art. A powerful film on its own, it’s almost unfathomable to think that this would air on television. The film isn’t especially cinematic, there are only five actors through its entirety, the set pieces are minimal, and it’s clear to see that it was shot on a micro-budget. What is fascinating, however, is that it was so bold, so sexually and emotionally charged, that it was nothing like what would have aired on American television channels in the late-60s. This is one reason that I find it so necessary to explore the cinema of other countries. The rich diversity of the art made in other countries provides an experience of exploration capable of releasing the mind from creative confinement and the opportunity to fully embrace the human experience.

When you think of Ingmar Bergman, typically his scores aren’t the aspect of his films that instantly comes to mind, though they should. He was deeply involved in music as an art form and was surrounded by music his entire life. He used music effectively, even beautifully, in films such as Autumn Sonata and Summer Interlude. In The Rite, his score is rapid, intense, and fills one with the tension the actors must be feeling when they enter an interrogation room with someone whose job it is to destroy them. Bergman’s quick cuts and the extreme close-ups he is so known for enhance the energy and the stress of the film. The remaining members of the acting troupe include a married couple and a friend who is carrying on an affair with the female member of the group, the wife of his acting partner. The Judge, played by Erik Hell, interrogates each actor individually hoping to prey on their insecurities and to get them to turn on each other. If he can break them down to their most vulnerable moments through humiliation, then betrayal shouldn’t be far behind, exposing the troupe and their performances as indecent as the Judge believes they will do to each other.

He has grossly underestimated these actors. When he interviews Sebastian (Anders Ek), the group’s drunken hot-head, he attacks him over his previous jail time, the affair he is carrying on, and tries to intimidate his lack of religion. Sebastian fights back with a spiteful tirade against the Judge and how he makes a living: “Not only are you nasty and repulsive, you’re ruthless, immoral and rotten. People like you don’t deserve to live.” Sebastian doesn’t hold back, and despite his claim that his words only make the Judge feel pity and embarrassed for Sebastian, he is obviously impacted profoundly. He is so afflicted that he seeks a confessional with a priest just to have someone to talk to, where he admits that he feels that his own death is near. Ingmar Bergman isn’t like Spike Lee or Alfred Hitchcock, appearing in many of their own films in significant roles or even cameos. So, to see the existential Ingmar Bergman, who struggled with religion his entire life, appear in one of his own films (as a priest no less) was a sight to see. Bergman has said that he only appeared in the film to save money, further proving that this was a passion project of his, showing his face as an anthem against those who attempted to discredit him.

Throughout the Judge’s interview of the troupe’s level-headed and controlled Hans, he attempts to shame him for his previous divorce, the rarity of which he sees his children, and the affair that his wife is having. Unbeknown to the Judge, Hans knows about his wife’s affair; in fact, we see him advising Sebastian on how to pleasure his wife sexually, something she claims Sebastian can’t do. This group is wholly dependent on each other, often reminding me of the “perfect triangular love” illustrated in François Truffaut’s Jules and Jim. The three are deeply troubled by the other and often upset with each other yet can’t seem to live without one another. Each of their weaknesses is made up for by another’s strengths, and no matter how much they are hurt by each other, their art is what they each live for and to change their performance team would mean sacrificing their craft. 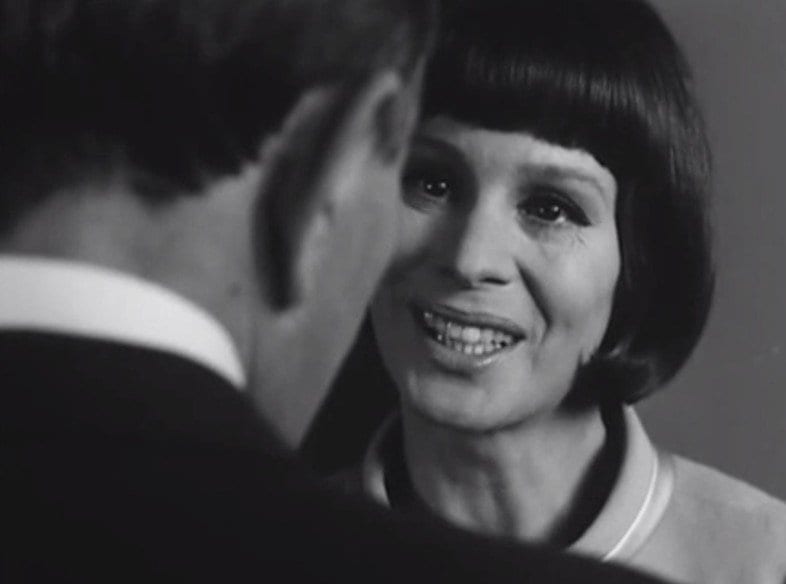 When it comes time to question Thea (Ingrid Thulin), the Judge already knows she is the most vulnerable of the group. Hans has begged the Judge not to interrogate her for fear that her fragile mental state could not withstand the Judge’s methods. The Judge promises Hans he will take it easy on Thea and initially, he does, before turning and being just as cold to her as he had been to the others. When the Judge speaks to Thea, he talks down to her profession as an actress, her over-dependence on men and speaks ill of her appearance. Thea breaks down and gives him a letter professing her love to the Judge in hopes of getting him to restrain his questioning, but this tactic doesn’t work — it only gets him more intent on leveling her for her attempt at using her sexuality in her favor. It is during the scenes that the Judge shares with Thea that Bergman offers the most incisive observations on the vanity of artists. Bergman himself was not above his ego. He was often profoundly affected by the negative criticisms his films received, and The Rite proves that he was angered if the negativity came from a place of those who refused to give his work due diligence.

Artists aren’t the only ones who can relate to vanity within their work, of course, but Bergman spent many films throughout his career intently focused on the lives of performers. No doubt this focus came from Bergman’s own life, and the amount of time he spent around and in relationships with performers. For half the year, Bergman made movies, and for the other half, he wrote and directed plays. He had many relationships and affairs with actresses and considered collaborators among his closest friends. He used his regular stock of actors on The Rite, for instance, and seemed the most energized when he had his friends gathered on a film set, armed with a purpose, ready to fight back at all of those who were discounting them. The ultimate nail in the coffin to those critics came at the end of the film when the interrogation proved that the best way for the Judge to sense whether or not the actors should be charged with indecency was to see their performance in question. Upon being so flummoxed by the shock of what he saw, the Judge’s premonition proved correct as he died before the actors from a heart attack, proving that uncensored art is too much for some people, such as the critics that rally against it. 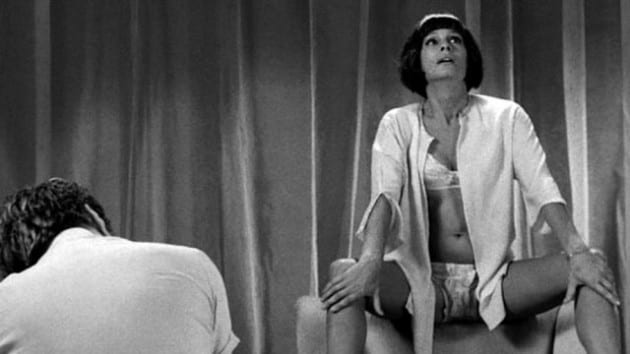 The Rite is an underseen jewel in Bergman’s filmography, as it so perfectly explores the filmmaker’s relationship with critics, and how he internalized the negativity over his work. Bergman was incensed by the fact that too many negative reviews could completely end a filmmaker or playwrights career. He was also enraged by the politics of releases and how much the government had power over art. Each of those concerns is addressed in The Rite in such powerful ways — it’s a shame that the film isn’t seen as much as it deserves to be. Just as the actors get their revenge in the film, so does Bergman, as he gets his revenge in an epic middle finger to anyone that doubted his talent or his vision. Obviously, Ingmar Bergman got the last laugh, as no-one remembers the critic’s names who wrote negatively on his work, while he has a massive box set being released by the Criterion Collection this November… the year of his centennial. It just so happens that The Rite is included in that set, so I can only hope that will result in more fans of cinema and Bergman alike seeing his masterful 1969 film delving into the lives of artists and government intervention in their art.