Monstrosity is in the eye of the beholder. While some see their cruelest fears brought to life in grotesque creations, others find a welcome connection with the most disgusting impulses. 1968 had its fair share of monstrous visions that straddled harsh realities and unrelenting imaginations. These vicious manmade creatures invited glimpses into the darker aspects of a complicated society. Something stirring outside of the confines of traditional studio storytelling was about to intersect with the year’s painful lessons. 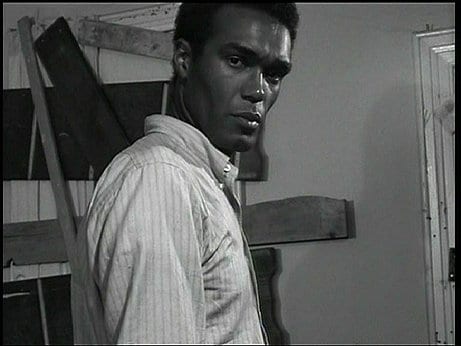 Built on a skeleton of independence and the skin of frailty, Night of the Living Dead is a testament to the brutal monsters anyone can become. This low-budget cinematic venture was as much a timeless discussion of humanity as it was a fearful exercise in morbidity. By the time the film came to theaters, 1968 had already seen a plethora of globally recognized atrocities. The stories that failed to get as much coverage were troubling hometown antidotes that spread like wildfire. They may have seemed inconsequential to national outlets, but these tales relayed something bleak under the surface. The villains were no longer mythical creatures or alien figures, they were purely human in nature. No-one understood this more than the film’s hero, Ben. His journey through the bleak tale is a fight between the forgotten humanity of the past and the current inhabitants of a flawed world. Survival depends on understanding the intentions of those around him as much as the mutilated corpses outside the house.

No-one is ever truly prepared to face themselves, yet zombies offer that very conundrum in one ghoulish composition. They represent the most basic human characteristics in an easy to fear package. Without reason or logic, these monstrous feeding machines hearken back to primal details which come out all too often in characterless guises. Flesh and blood led by the desires of others, these slivers of forgotten humanity can take the form of society’s most rational denizens. That simple characteristic is what made them so compelling and yet uneasy for audiences to stomach. These rotten animated corpses illuminated the prejudices and misguided ambitions that audiences were seeing in their own lives. The mob mentality that accompanied so many of 1968’s devastating decisions sat at the heart of their ghastly on-screen mystique. In many cases, the living took up the mantle of horrific groupings with glee and unbelievable self-centered inspirations. Their motives usually tethered to someone or something unfamiliar which must be treated with the strictest repulsion.

Zombie motivations may have been easy to understand, but it was those around Ben that held a dangerous uncertainty. If anything, they were more unpredictable than anything he would encounter among the dead interlopers. Living is no guarantee of taking the moral high ground over those putrid flesh bound creations. Barbra is a shell of feminine humanity that offers nothing for the cause of survival. She is a faux zombie purposely choosing ignorance to the encroaching mob that threatens to consume them all. It’s a willful incomprehension about what is happening to those around her, as well as a conscious decision to shut off from the gravest concerns that heighten her hesitation. Whether from lack of courage or general ambivalence to the issues, it was a socially ambiguous avoidance that did no favors. The symbolism echoes in the world Ben saw — one that held as many people who did nothing for injustice as those who spoke out against it. Much like other components of the story, her own family maladies and broken traditions are fully on display from the moment she enters the film. The issues with a lack of family connections and ultimate sibling betrayal play out against the bloody backdrop. A specter of something more brutal in another set of hapless dwellers presents an even more frightening reality for Ben.

The Coopers harbor something sinister that is far more akin to the predators outside. Led by family patriarch Harry, this classic representation of the family unit relays mainly on the norms that hid prejudices and anger under all too familiar guises. There’s a rage lingering under Harry’s skin that throbs and pulsates to a distinctly violent rhythm. His dominant nature towards Ben highlights a brief glimpse of who he was before the nation’s catastrophe struck. To Harry, it’s only his way that matters with little to no credence towards the thoughts and wishes of others. His wife, burdened by her own insecurities, goes along with the measures. In an obvious nod to the things people refuse to admit, her reluctance to speak up only amplifies poor decisions. That delusional mentality ushers in willful ignorance about their daughter Karen’s condition and in turn puts the entire house in jeopardy. The acts themselves are a blatant nod to standing firm on morally wrong ideals, even when they are quickly wilting under intelligence and compassion. Their lack of concern for Ben stands out the most, as Harry leaves him to die during an escape plan gone wrong. Amongst the chaos, this patriarch shows no sorrow for a possible life lost, no concern for where it might lead. For Harry, life only matters when it is related to his own reality and its abundance of cowardly circumstances. This mentality lingers well into his encounters and ultimately signals his downfall as Ben persists in continuing the story.

One Last Glimpse Of Humanity

Not all heroic journeys end with a flourish of accolades and happy endings. Ben’s life is brutally cut short in the cold stark walls of a Pennsylvania farmhouse. The bloodlust of strangers proves more important than the humanity that lies before them. It is a grim reality to see this defining character thrown to the fires alongside corpses of everyone else encountered along the way. More importantly, these vigilantes present the ultimate connection to the zombie mentality. Their humanity exists only in physicality, the rest of what makes them whole long since decimated by rage and violence. To some extent, it was underlying feelings and characteristics that may or may not have been acted on before. One can only guess that in time their underlying motivations lead them to turn on one another. After all, hatred is a recipe for disaster that echoes itself time and time again.

People like to think movie monsters are left behind after those last shots fade to black. The zombies that inhabited Night of the Living Dead proved them wrong. In the real world, these creations were all too true, only in a different form. The boogeyman didn’t live under the bed, it resided in the hearts of those who coddle fear and hatred. Night was not coming, it had arrived.