Since the dawn of the so-called Golden Age of TV (which started with Twin Peaks in 1990, or The Sopranos in 1999, depending on your mileage), the majority of the most successful and acclaimed shows have found their way to viewers via cable or streaming. At the recent Emmys, there wasn’t a single network drama among the top nominees, causing online pundits to proclaim network TV “dead.” The reality, however, is that producing a network show is an entirely different beast than a cable/streaming one, making the comparison that of apples to oranges. A traditional season cycle of 22 episodes, along with a strict schedule filled with the yearlong demands required of network showrunners, writers, cast, and crew, far exceeds that of cable/streaming channels and their usual 8–13 episode count per season. That’s to say nothing of creative limitations placed on network TV shows, making the job of writers considerably harder within the given strictures. Nevertheless, there are plenty of worthwhile network shows out there, such as How to Get Away with Murder. With 15 episodes per season, this ABC drama seems to straddle the line between network/cable while pushing the envelope of what’s expected from a network program. (Minor spoilers follow.)

When HTGAWM (as it’s popularly abbreviated and hashtagged) first premiered on ABC in September 2014—as a part of super-producer Shonda Rhimes’s Thursday-night lineup led by Grey’s Anatomy and Scandal—it appeared to be just another legal show. But this one starred Viola Davis, then a 49-year-old, Juilliard-educated, two-time Tony Winner/Oscar Nominee, whose very presence added cachet that distinguished it from other projects on the market. Created by Peter Nowalk, a former Shondaland staff writer, How To Get Away With Murder revolves around a criminal defense lawyer and university professor, whose students become involved in a murder, then drag her into the fray with them. Despite its soapy-plot mechanics and sometimes preposterous “OMG moments” that tend to end each episode, the series at its heart is an exploration of emotional trauma: dealing or not dealing with it, and the cost and consequences of each choice. The characters live in ever-changing and evolving shades of gray—both ruthless, calculating murderers and deeply flawed, damaged, yet sympathetic protagonists. Bigger-than-life plot is accompanied by an appropriately moody soundtrack, fast pace, and frenetic energy, as well as highly stylized visuals with specific color schemes, depending on the scene’s place in the story’s timeline. Yet, in spite of its 93% Rotten Tomatoes score and eight awards (including an Emmy and an AFI Award), the series somehow seems to remain under the radar as it enters its 5th season.

To start with the obvious reason, it’s no coincidence that Viola Davis is only a letter short of an EGOT (only missing a Grammy). The brilliant but haunted character of Professor Annalise Keating demands a force, gravitas, lack of sexual inhibition, and unrestricted emotional complexity, and Davis draws us into every conflicting emotion that passes across her face. Without a single word, she is able to provide insight into Annalise’s thinking, calculating, hiding, or revealing. The sheer intensity of Davis’s performance can make Annalise both an intimidating and a pathetic figure, impressive and, at the same time, (ir)reparably broken. In one memorable moment during Season 1, Annalise removes her makeup and wig, then calmly confronts her husband about his infidelity, in…well…terms you have to see to believe. It’s a simple scene, with a quiet performance that reveals only a snippet of what’s hidden underneath Annalise’s polished facade.

In her March 2018 interview for Porter, Davis stated, “I’m 52 and darker than a paper bag. Women who look like me are relegated to the back of the bus, auditioning for crackheads, and mammas, and the person with a hand on her hip who is always described as ‘sassy’ or ‘soulful.’ I’ve had a 30-year career and I have rarely gotten roles that are fleshed out, even a little bit. I mean, you wouldn’t think these characters have a vagina. Annalise Keating has changed the game.” In 2015, Davis became the first Black woman to win an Emmy Award for Outstanding Lead Actress in a Drama Series, and during her moving speech, she asserted, “The only thing that separates women of color from anyone else is opportunity. You cannot win an Emmy for roles that are simply not there.” It’s no overstatement to say that Annalise’s character redefines the very definition of a TV protagonist. 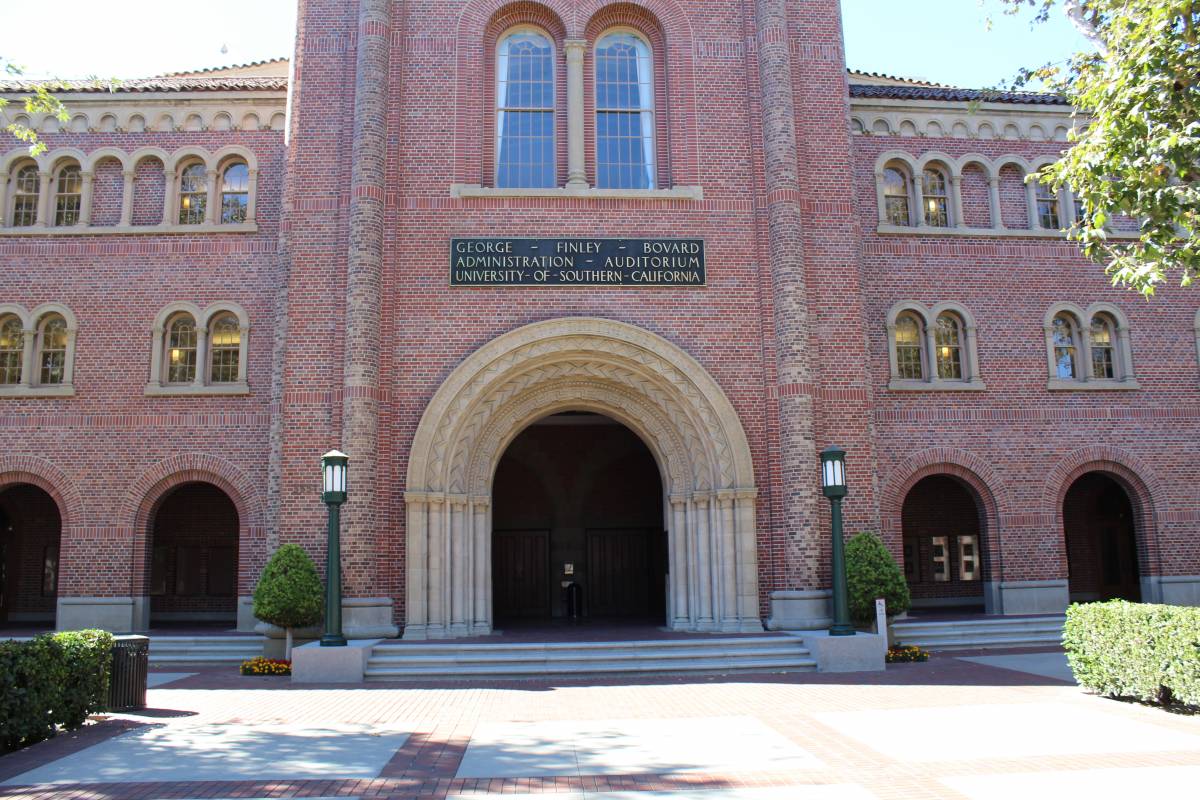 This towering performance and character are rooted in clever, skillful, often poignant writing, with a particular forte in building mystery and suspense through inventive experimentation with story timelines. The narrative winds up and down (sometimes with a literal on-screen clock), showing events from different, often opposing points of view, and through numerous montages, flashbacks, and flashforwards that change their meanings in different contexts. One mystery stands out, in particular. During the Season 3 premiere, Annalise is left shattered seeing a dead body hidden underneath a sheet, leaving viewers to guess both the murderer and the victim. The ending of each following episode unveiled a flashforward with a character who is still alive. When the mid-season finale pulled the sheet, the answer was devastating. Rather than copping out with a supporting character, HTGAWM had the guts to go for the jugular, brutally dispatching the emotional heart of the series.

In an interview with Entertainment Weekly, Nowalk explains, “I wanted to do something that felt impactful, and it impacts every character. That’s why it killed me to make the decision, but also why I made it, is because it really spins out everyone, and I really wanted something to change the DNA of the show. […] I’m really terrified actually what the show would look like without [the dead character], but I think Shonda [Rhimes] taught me something: It’s like, ‘Go toward the terror.'” This emotional gut punch proved too much for some viewers who believed the show had “jumped the shark” and stopped tuning in, but one has to admire the writers’ audacity to make such a risky, polarizing decision. 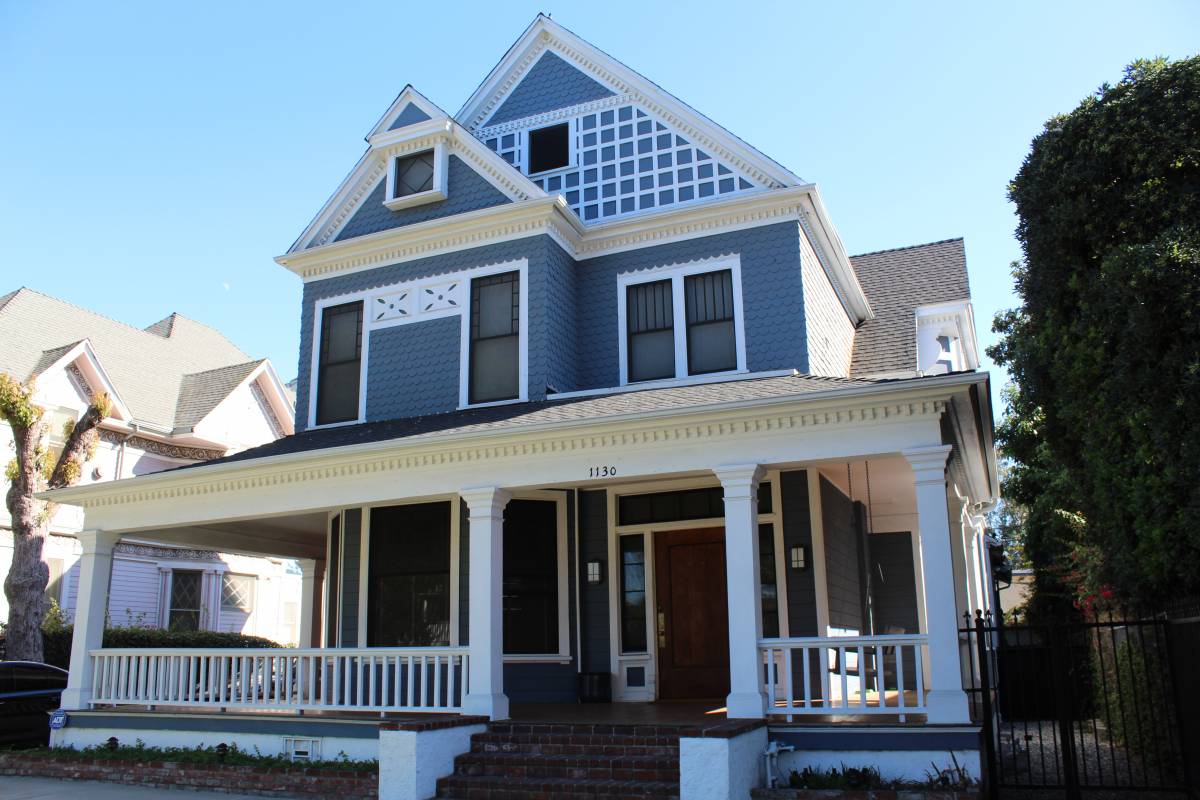 Equally as important, How To Get Away With Murder is one of the most diverse shows on television, both in front of and behind the camera, and is a recipient of several NAACP and GLAAD Awards. (It’s worth noting that since Season 3, Davis has also received a producer credit.) Unlike many shows where diversity is more a matter of optics or tokenism, the issues of race, gender, and sexuality in HTGAWM are deeply embedded within its storylines. For example, a thought-provoking Season 4 plotline examined the ripped-from-the-headlines systemic failure of public defenders who lack the resources to properly defend their clients, which particularly affects defendants of color. It’s hard to escape the fact that most prestige shows are overwhelmingly white, or that the straight male antihero trope has been done to death. We desperately need to see different perspectives and points of view, and HTGAWM allows actors and characters of all varieties a chance to shine. They are written and performed with specific challenges and individual battles in mind, and none of them submit to any stereotypical or preconceived notions.

The recurring cast is every bit as strong as the main one, and none more so than Cicely Tyson, as Annalise’s mother, Ophelia Harkness. At 93, Tyson—a living legend with a nearly seven-decade career behind her—does some of her finest, most heartbreaking work as a woman still struggling with her past while losing a grip on her present. When Davis and Tyson are on screen together, it’s magic of a sort rarely seen on TV, and it alone is worth the price of admission.

Ultimately, whether cable, streaming, or network, it’s a shame to let complex, intriguing, and ambitious TV fall through the cracks. Yes, there’s an excess of quality television out there, but not many shows offer as much as How to Get Away with Murder: acting of the highest order, bold writing, compelling characters, and representation on both sides of the camera. Network TV is still alive, kicking, and not going down without a fight.

(The first four seasons of How To Get Away With Murder are available on Netflix. Season 5 premieres on September 27 and airs Thursdays at 10 PM EST on ABC.)