Our coverage of the 8-part Amazon Prime series The Romanoffs from Mad Men creator Matthew Weiner continues with Caemeron Crain’s analysis of the third episode: “House of Special Purpose.”

“House of Special Purpose” may be my favorite episode of The Romanoffs so far, and not just because it features Christina Hendricks (though she’s great!); rather it because of the tone of the hour, which is more along the lines of a psychological thriller than anything we had seen from the show previously. The stakes often seem low—as when Olivia (Hendricks) gets a call to meet Jacqueline (Isabelle Huppert) at the bar, only to be told at reception that there is no bar in the hotel—but as the story progresses these moments of strangeness conspire to create an ever increasing uneasiness.

This isn’t a thriller in the sense of there being some palpable threat to our protagonist; it is rather one insofar as the lines of reality are continually blurred. I give a lot of credit for that to Mary Sweeney, who is credited as the writer of the episode (along with Matthew Weiner), and also to Weiner’s direction. The pace may feel a bit slow at times (and one could generally question the series’ episode run times of 80-90 minutes in a more general way), but here I think it serves the story’s central ambiguity.

At times things feel normal, and even if that pacing risks some possible boredom on the part of the viewer, it works at the same time to make us wonder if perhaps the odd events that occur are simply the result of misunderstandings, or if Olivia perhaps imagined/hallucinated the little girl who enters her room in the middle of the night. She had been sleeping, after all; perhaps this was along the lines of a dream?

As Olivia is led to wonder what is real and what isn’t, or just what in the hell is going on, we are taken along as viewers with her. That the setting of the story is a TV set plays into this, as when, for example, Samuel (Jack Huston) interacts with Olivia as though he has gone full method with his portrayal of Rasputin. But he is inconsistent in this, rehearsing scenes completely out of character and so on.

Olivia is further unmoored by the apparent irrationality at times of her director, Jacqueline. Take, for example, the scene between Olivia and Brian (Mike Doyle), as they portray Alexandra and Nicholas II, respectively. On the first run-through, they exchange lines about Rasputin that seem to fit with the apparent plot of the show about the Romanovs they are supposed to be filming. Then Jacqueline chastises Brian for not being strong enough in his portrayal of the Tsar, grabbing him by the crotch and urging him to “be a man.” (The extent to which this amounts to a sexual assault on set I will hit on later.)

In the next take, Brian says completely different lines before bursting into a rendition of “Suspicious Minds.” Olivia has no idea what is going on, and neither do we, but Jacqueline says it’s perfect and time to move on.

After Olivia asks him to read lines with her (to which he responds in character as Rasputin), Samuel takes her that evening to watch the filming of Rasputin’s execution, or at least the disposal of his body. Later, she sees Samuel in the streets after hearing him drunkenly yelling, and witnesses him being shoved into a van against his will. The next morning, when she asks her driver about Samuel, he says that he’s been shot, feeding into a blurring of the line between Samuel and Rasputin even further. It is true that the driver continues to clarify that he means that Samuel has wrapped shooting for the show, but that’s not what the initial line sounds like. Indeed, “he’s been shot” is a rather odd way to say that an actor has wrapped production, but maybe this is just a language issue given that they are shooting in Austria?

Such a thing is what the hotel receptionist claims to Olivia when the latter discovers that there is in fact a bar and that the former is the bartender—that she doesn’t speak English well; a claim which is patently false.

Equally, after Jacqueline seems to be possessed by Empress Marie during the dinner with the investors, speaking in Russian about the need to save the Romanov children and cursing Katrina (Evgenia Brik), causing her to collapse and purportedly almost die, she tells Olivia that she does not speak Russian.

Everywhere reality is being called into question for Olivia, and for the audience. It is only at the end of the episode that we learn what was going on in a way that should lead us to reinterpret everything we had seen up to that point.

When Jacqueline calls cut after the execution of the Romanov family, and she, along with Olivia’s agent Bob (Paul Reiser), approach Olivia’s body on the floor saying it was worth it and she is going to win an award, etc.,  we get all of the information we need to retroactively understand what has occurred.

This was an elaborate scheme, and everyone was involved: from the driver who took Olivia to set instead of her hotel, to the production assistant who pretended to not speak English, to whoever called Olivia’s room to tell her to meet Jacqueline at the bar, to the receptionist/bartender, to Samuel’s ambiguous relation to the Method (including the way he basically sexually assaulted her on set as Rasputin)—and let’s not forget he was the one who inspected the armoire that the little girl disappeared into in the middle of the night to see if it had a false back. Jacqueline’s performance of Empress Marie was equally staged—she does speak Russian, after all—and so too was Katrina’s reaction.

When Bob arrives to purportedly save Olivia from the madness, he is in on it as well. The claim that Jacqueline had rewritten the ending, such that the Romanovs escaped execution—something that is actually believed by some people, for what’s worth—was equally a part of the act, as was her radical makeover and talking to herself.

All of this was in pursuit of unmooring Olivia and disrupting her sense of reality, so that when actors dressed as soldiers stormed into her hotel room and forced her into a truck, ultimately taking her to the basement of the final scene, her reaction would be genuine.

But all of this is presented to us as viewers in such a way that we are not sure what is real, or what is really happening, either. We know that TV shows can do strange things, so even if we suspect that Olivia’s abduction and so on is a put-on, we cannot help but wonder if it isn’t.

And with the culmination of these events—Olivia being taken to a basement just like the Tsarina was, to encounter there a group of actors dressed as the Romanov family—is presented in such a way that we almost cannot help but take it as “real” within the narrative of the show. Weiner plays on the ways in which we have been preconditioned in our suspension of disbelief to make us almost think maybe the actors themselves truly are being killed. We don’t know that this is a scene being filmed for the show within a show, and the line that Brian delivers would make as much sense coming from him as an actor as they would coming from the mouth of Nicholas II.

The version we get of the execution of the family here is far more brutal than the one presented in the credits, and that is deepened by the fact that Olivia clearly does not understand that it isn’t really happening. That was the point of the whole conspiracy, after all, and it worked perhaps better than was intended. She is genuinely terrified in this, ultimately collapsing and apparently dying from fear. Of course, she said earlier in the hour that she didn’t think that was possible, as she talked with her driver about Katrina, and it isn’t, really—but a heart attack is.

The idea that all of these people would collude to more or less gaslight a lead actress might seem far-fetched, but as I take what we are presented with here is a critique of the industry on various levels: from the director/showrunner exerting power to a ridiculous degree in the aim of getting a certain kind of performance, to the complicity of the actors, to that of the audience.

Take, for example, the aforementioned scene in which Jacqueline grabs Brian by the balls as she tries to spur him to a more manly performance. Certainly this was assault, but to what degree do we forgive the auteur for employing such methods because of the product? To what degree should we? Insofar as Olivia’s story is something like that writ large, the answer seems to be: not at all. It is not OK to treat people this way.

Similarly, take the scene in which Samuel (as Rasputin) sexually assaults Olivia (as Alexandra). The extent to which she didn’t see it coming creates a realism that the audience might appreciate. And though Hendricks certainly did see it coming, as we peel away at the layers of meta-commentary going on here, there are it would seem any number of instances where a director has in fact tricked a performer for the sake of “realism” (or at least one incredibly disturbing one).

I wonder to what extent this is a message that Matthew Weiner grasps, given the stories that are out there about him, but it nonetheless strikes me as central to “House of Special Purpose”—actors live in a certain space of ambiguity, as their own persons intersect with the personas of the characters they portray, and are thus intrinsically vulnerable to the kind of manipulation on display in this episode. The art doesn’t justify it; it was not “worth it,” as Bob says at the end of the episode, given that Olivia has died. So as much as this is extreme—all of it is extreme, with the conspiracy, etc.—we should take the same point when it comes to other, less extreme, examples.

That doesn’t mean we can’t have good art; it just means that a person is a person regardless of the context.

Want to talk more about the The Romanoffs? Join this (burgeoning, I hope) sub on Reddit that I am active in, and/or hit me up on Twitter @caemeronCC. Lindsay should be back next week, and we plan to do some more discussion/roundtable posts, like we did last week, in the future. Stay tuned, and thanks for reading!

More From: The Romanoffs 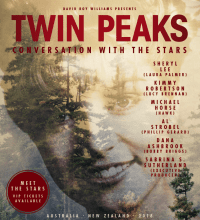