1968 was definitely the year of the filmmaker. It was an unprecedented time that gave directors the freedom to explore their wildest dreams and darkest nightmares through distinctly unobstructed views. The names who define this period prove that every genre has a place at the table, every idea a home. By no means complete, this list represents just some of the directors who made a mark on cinematic history over the year’s 12 tumultuous months.

Kubrick’s filmography is packed with classics that defy film’s possibilities. In 1968, he brought arguably one of his best-known and most loved movies to life with 2001: A Space Odyssey. While it may not have been a critical favorite at the onset, Kubrick’s masterpiece is now embraced as one of cinema’s finest moments.

Zombies and horror movies may go hand in hand today, but that was far from the case in 1968. Romero’s Night of the Living Dead set the ground rules for zombies while showing independent filmmakers that their work could go mainstream. In the spirit of fearlessness, the director also challenged racial divisions by casting Duane Jones as the film’s hero.

Yates’ 1968 film, Bullitt, is remembered for one of cinema’s greatest car chases, but it stands as a testament to much more. Using a background in British film, the director worked with actor Steve McQueen to construct stylized shots and gaps of silence that only heighten the suspense. It’s a sleek love letter to gritty detective dramas which defies anything that has come since.

Epic filmmaking was nothing new to William Wyler when he took on the tale of Fanny Brice. With Funny Girl, the director successfully adapted one of Broadway’s most beloved classics for the big screen by utilizing all of Brice’s zeal for life. His eye for colorful and bold shots is on full display, as he guides a young Barbra Streisand in her first movie role. 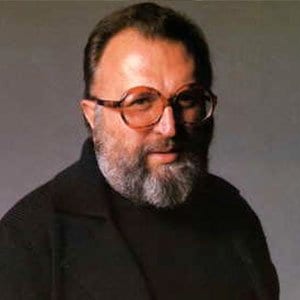 The king of Spaghetti Westerns tried to leave the genre behind, but it was far from through with him. Once Upon a Time in the West is a departure for the director that unsurprisingly carries many of his hallmarks. With the help of Bernardo Bertolucci and Dario Argento, the filmmaker creates a story that transforms the classic Italian Western into an unflinching epic.

There’s a reason why Mario Bava has inspired so many filmmakers to pursue their unique visions. Everything Bava did became legendary and his vast filmography encompasses far more than the awe-inspiring Giallo entries. 1968 proved to be another escape from those genre titles with the release of Danger: Diabolik. This mod classic relishes everything that makes comic books popular.

As an actor, Cassavetes performed on some of film and TV’s most beloved classics. As a director, he contributed to film history by creating stark visions of real life. Faces is a riveting 16mm voyeuristic dive into a couple’s failing connection. It is a story that pulls no punches and delves into both lives with a sense of realism that is hard to look away from. 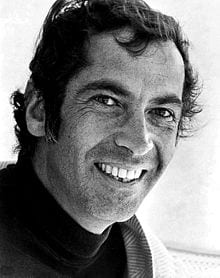 Vadim made 1968 a shining excerpt in his filmography with the releases of both Barbarella and Spirits of the Dead. Barbarella’s psychedelic sci-fi spectacle is a wild ride for any viewer. On the opposite end of the spectrum, Vadim’s Spirits of the Dead entry “Metzengerstein” covers a dark tale full of decadence and decay.

By the time 1968’s The Thomas Crown Affair came to theaters, Norman Jewison was already amassing a broad catalog of titles. The director found success early in the decade with films like The Thrill of It All and Send Me No Flowers before teaming up with Steve McQueen on The Cincinnati Kid. It was their next cinematic pairing that would become iconic for both Jewison and McQueen. The Thomas Crown Affair is a stylish film that is as seductive as it is smart.

William Castle never met a gimmick he didn’t like. The director and producer found something special when he went to that formula again with the film, Project X. Sequences blending the easy to recognize work of Hanna-Barbera with live action shots give the project something that stands out from similar fare. It was a risky move for Castle to try a genre and techniques not usually associated with his filmography, but it strangely works out.

The actor went behind the camera to direct Rachel, Rachel. Newman was able to tell the tale of social ideals and complicated sexual constructions with a sense of complete honesty. His direction helps the story tap into a level of unabashed realism that only heightens its already powerful themes.

Bergman had a stellar year in 1968 with the release of two iconic films. These entries wade into the difficulties of relationships as well as the outside considerations that can brutalize their conceptions. Hour of the Wolf and Shame showcase not only the director’s eye for darkness but the acting abilities of their two leads. Max von Sydow and Liv Ullmann skillfully bring Bergman’s vision to life with a veracity only they could add.

“Toby Dammit” is more than just a vignette in Spirits of the Dead, it is a masterpiece from the Italian phenomenon. The short, a loose adaptation of Poe’s “Never Bet The Devil Your Head”, gives the author’s classic tale a unique spin that is full of Ferrari-fueled flash and decadence.

The Monkees’ cinematic vehicle, Head, is a bold statement that deserves more respect than it has ever been given. Some of the credit for this film’s unique perspectives undoubtedly goes to the director, Bob Rafelson. Under his direction, the film easily merges topics and tones to create something that is far from ordinary.

Truffaut brought French New Wave to the masses and in the process changed filmmaking forever. The director ventured into not one, but two genres in 1968. He was less than impressed with his work on the revenge-based The Bride Wore Black. Turmoil on-set, as well as reservations about various elements, left him unhappy with the final product. On the opposite end of the spectrum, Stolen Kisses was received well and showed a completely different side of the director’s abilities.

1968 was a tale of two extremes for Bogdonavich. On one hand, his film Targets is a deep exploration of violence and expectations in a rapidly changing world. On the other hand, the director would see his work on the B-Movie Voyage to the Planet of Prehistoric Women released. While it’s not fair to compare the two, it does serve to show how a good filmmaker can tackle anything. 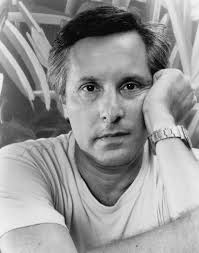 Friedkin was yet another filmmaker to release two films in 1968. The Night They Raided Minsky’s may be the better known of these two entries, but The Birthday Party holds its own against similar fare. Full of opposing themes and forces, the films gave Friedkin a space to explore realism as well as identity.

De Palma already crafted a string of short films when his first feature-length entries arrived. Murder a la Mod and Greetings both carry trademarks that the director would later be synonymous for in mainstream cinema. For Murder a la Mod, elements of a tight stylistic thriller stand out against the low-budget backdrop. Greetings portrays dark satire wrapped in unapologetic bursts of experimental flourishes.

With experience in film, TV, and theater, Gene Saks was an ideal choice to bring Neil Simon’s play The Odd Couple to life. It takes someone who understands the theater, especially plays, to get this right and that’s where Saks really excels. He allows the two leads to perfectly play off each other’s strengths and weaknesses to create a pairing that is still hard to beat. 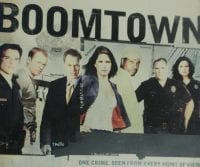