The sixth season premiere of Ray Donovan felt like sitting in the middle of a thick fog. In the snap of a finger, Ray was a bearded everyman in a fleece jacket, crashing on the couch of a virtual stranger — separated from his occupation, family and home turf of Los Angeles. Ray has never had much of a friend to lose until New York policeman Sean “Mac” McGrath (Domenick Lombardozzi) rescued him from a suicide attempt in the preceding “Staten Island, Part 1.” Part 2 provides much-needed clarity in the wake of an episode that attempted to set the series on a different path than any it had tread before.

By the beginning of “Staten Island, Part 2,” Ray is right back in the middle of someone else’s s**t show, intent on cleaning it up. Anita Novak is running for mayor, and she just killed an old blind date who had secretly videoed their sexual encounter on a phone. Ray had merely helped Anita out by getting her this perp’s address, and now, Ray is in default mode. Figuring out how to make this murder appear as if it never happened. Ray tells Anita to stay where she is, and not to move until he gets back. He limps away with a bloody lip, still suffering from an ass kicking via Fetu earlier that night. 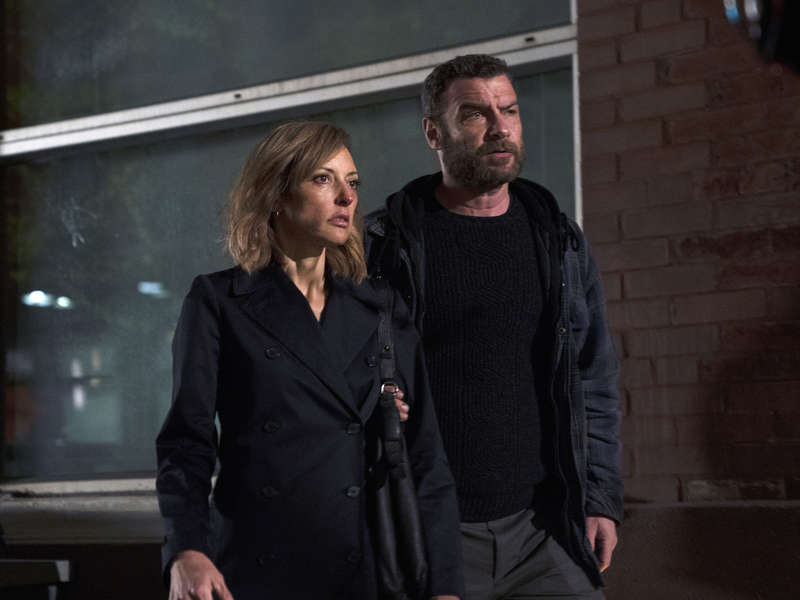 Ray calls Samantha to file a grievance. He didn’t sign up for this, but he’s already in it. Ray hits up a local hardware store, and fills his shopping cart with bleach, a bucket, trash bags, paper towels, rubber gloves, and a saw. Even the cashier asks, “Are you disposing of a body?” Ray pauses, dumbstruck. Is he losing his edge?

Back on the West coast, Mickey Donovan is in an ambulance and on the way to critical care after a self-induced heart attack. That’s how bad he wanted out.

Bridget Donovan is settling down into city life with her boyfriend Smitty (Graham Rogers), the same guy who is taking boxing lessons from Uncle Terry, and the same cancer survivor she met in the prior season. She is on the couch relaxing until Smitty gets down on one knee. Sweet nothings turn serious. Bridget saved his life, and gave him a reason to live.  And he loves her. He takes a deep breath and pulls out a ring, right when Bridget flips out: “Are you fucking kidding me right now?” She panics, Smitty throws the ring across the room, and Bridget immediately apologizes. It isn’t Smitty’s fault. Every man Bridget knows is bad, and she still loves them. But they’ve hurt her, and she isn’t ready to trust any man with her heart. This scene strikes at the residual damage that Donovan family values have brought upon her for the past five seasons. Any male she’s ever known has been reckless and selfish. Only Bridget can decide what makes this guy different, and she picks the ring up off the floor to ponder the proposal.

Darryl (Pooch Hall) is still moving and shaking through Hollywood. He’s at a fancy restaurant with his A-list client, Jai White, recruiting a hot shot actress for the lead role in their new movie. (The same movie that Mickey wrote, and Darryl promptly stole from him.) Right as Darryl turns on the charm and approaches a deal, his phone rings. Bunchy is on the other end of the line, drunk and in dire straits. Mickey has had a heart attack, and they need to go see him. Now.  Darryl deflects, and in the eyes of Pooch Hall, he makes a list of reasons not to want to go anywhere near Mickey. Mickey hates him for stealing his movie, and would likely kill his own son for vindication. Guilt wears Darryl down, and he jets from the table. Bunchy calls Ray next to deliver the news, and Ray is hardly phased. Good riddance to bad rubbish.

Bunchy finds Mickey in a hospital bed, unconscious, and handcuffed to a State Trooper. We know where this is headed. Nowhere good. 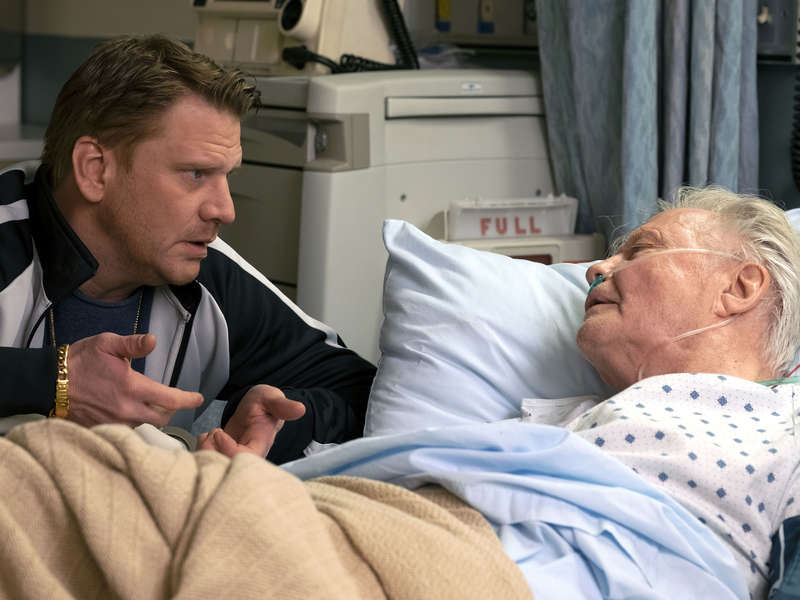 Before Ray can complete the purchase of his murder cover-up kit, he receives two more phone calls. Bridget confides in him about her wedding proposal, and Ray plays it straight. Ray likes Smitty, and he thinks this guy really loves his daughter. Ray then invokes the name of his deceased wife Abby, and reminds Bridget that her parents just want her to be happy. Enough to eke a smile from Bridget.

Then, Mac calls Ray. Mac is f*cked, or so he says. He will be ruined if this news article runs and claims to the world that he is in fact a crooked, racial profiling cop. And Ray, for some reason, feels entirely indebted to Mac ever since Mac saved his life. Mac comes clean: Fetu is a piece of shit and a serial domestic abuser. Mac actually framed Fetu for drugs, and took him to a district in Manhattan where the judges would throw the book at him. Ray nods his head. He then asks Mac to dig into the evidence archives for some bags of coke and an untraceable gun. Ray is also gonna need a silencer. Uh-oh.

Ray returns to Anita and sends her away from the scene of the crime. (Prediction: Ray sleeps with his vulnerable client in next week’s episode. I’m kinda shocked he hasn’t already.) Ray calls up Fetu, who refuses to budge. Either Ray and Mac must pay him 120k in cold, hard cash, or Fetu will provide a source to this upcoming news article on Mac. Ray doesn’t bat an eye and strikes a deal, miring himself waist-deep in yet another crisis.

Ray slips on some black rubber gloves, a sure sign that some shit is about to go down. He deletes the lurid video of Anita from the dead perv’s laptop, and invites over Fetu to pick up his payday. Fetu shows up, Ray shoots him in the head, and Ray curates the perfect drug deal gone wrong. Anita’s problem is solved, the article on Mac is sabotaged, and there is no witness to Ray’s failed suicide attempt. Nice and neat, eh? 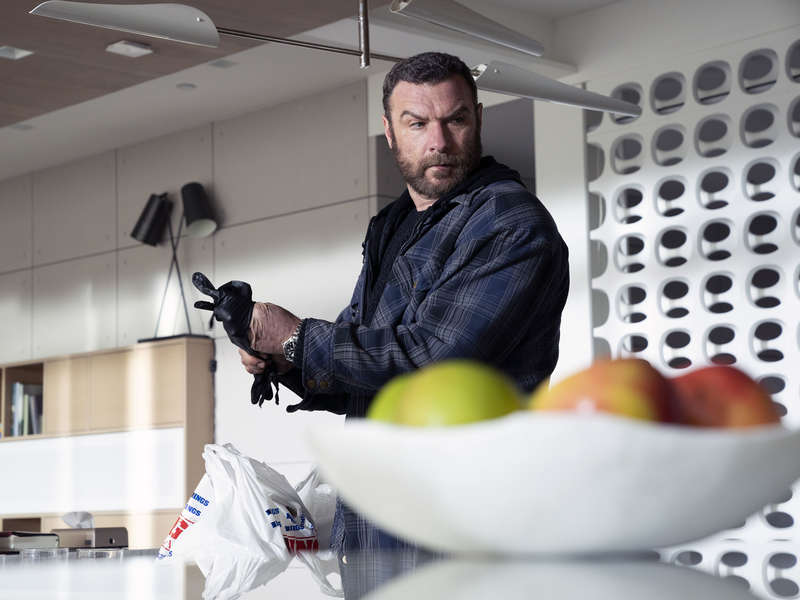 Daryl and Ray’s son, Conor (Devon Bagby), are driving to visit an ailing Mickey. Conor has forsaken the crooked ways of his family and joined the Army; in search of purpose and meaning in life. Someone’s gotta do it. Darryl is too wrapped up in his own Hollywood nonsense and can’t even wrap his head around his nephew’s selfless servitude. When the guard attending to Mickey goes to the bathroom, Mickey stirs and guilts Bunchy into freeing him. By the time Daryl and Conor arrive to the hospital, Bunchy has smacked the State Trooper in the head with a hammer and busted Mickey out of the hospital.

Darryl’s face is mortified. He is the first on Mickey’s hit list.

I’m sorry. I can suspend belief for many antics of this show, but it’s entirely impossible that Bunchy could take out a cop, and remove a man on his death bed from a hospital without incident. As Bunchy speeds down a highway, it feels entirely unrealistic that the cops wouldn’t have already caught up to them and thrown them both in jail. But, I digress in the good faith of a contrived story. There was no way Mickey was going to stay in jail for long anyway.

Ray pays Samantha a visit. He wants to be left alone, and continue living a quiet life on Mac’s couch, not concealing other people’s crimes. Samantha spills the beans. She had Ray kill Doug last season because he was the one holdout on a major deal she is trying to complete. Samantha wants to launch a new streaming service for her studio, and Anita, her choice for New York mayor, will make sure Samantha scores the best piece of real estate for the operation. Samantha offers Ray 100k every week until Anita is elected. If Anita wins, Ray’s salary doubles. In this moment, the trajectory of the season sharpens its focus. Money talks, but the way Ray is acting, he isn’t listening.

Ray drops by Terry’s gym, where Terry is teaching Mac’s son to deal with bullies. Ray and Terry share a brotherly moment, entirely void of any remorse for Mickey’s heart attack. Ray returns to the lakeside bench where he saw Abby in last season’s finale. His pensive moment is interrupted when Darryl calls in a panic. Mickey is free, and Mickey is going to kill him. And Ray is next.

“Staten Island, Part 2” continues laying the groundwork for season six of Ray Donovan to be built upon, and reinstalls Ray back in his element as a Sherlock Holmes in reverse. For me, Ray still lacks a source of motivation this season. What is driving this man to continue to bail people out of disasters? The money, the drama, and the bloodshed only built a wall between Ray and any semblance of contentment before. Is he simply hard-wired for self-destruction? Is there any chance of salvation? Is Ray Donovan really going to become a political aide? Will he forge a healthy romantic relationship with Anita?

Color me skeptical, yet hopeful at the moment.