In “LT. Pickles,” Jeff (Jim Carrey) begins to lose touch with reality. At the end of the previous episode, Jeff’s body seizes uncontrollably, and he rockets up and down in his chair. At first, I thought he was having a heart attack, but now I see it as the attack of a breaking heart. Rather than feel the anguish of being left by Vivian (Ginger Gonzaga), Jeff literalizes his pain and acts out again by destroying his father’s office. Jeff is still avoiding an honest confrontation with Seb (Frank Langella), and leaves the building before his father returns.

Upon returning home, Jeff receives strange phone calls from cartoon voice actors who say they are from Eastern Europe. They threaten him and tell him that his “entire existence is at stake.” He receives two back-to-back phone calls from his own voice, and the second caller encourages him to kill himself. At this moment, I wondered whether Jeff was hallucinating and becoming both paranoid and delusional, especially because no one else was present for these calls. There are several moments in this episode where Jeff seems to be hallucinating and falling apart. In this article, I examine whether Jeff is having some kind of psychotic episode, or if it is simply the world around him that is becoming insane. The episode does not conclude the issue or give a straight answer, which leads me to believe that both Jeff and the world are sharing this breakdown, which could potentially lead to a breakthrough.

After Seb finds his office destroyed, Jeff and Seb have a conversation that, for me, was one of the most important moments in this episode. Seb worries that the breakup has put Jeff in a dark place. Jeff repeats himself and says, “A women is gonna live! It’s a miracle! We should be happy for her.” Then he angrily yells, “I know I am!” He is still in denial of his own anger and pain, this time toward Vivian (Ginger Gonzaga)—he cannot bring himself to admit that he might even hate this woman for breaking his heart. Their conversation continues, and Seb says that he is acting insane. In this short interchange, we witness their fundamental disagreement about Jeff’s current mental state. 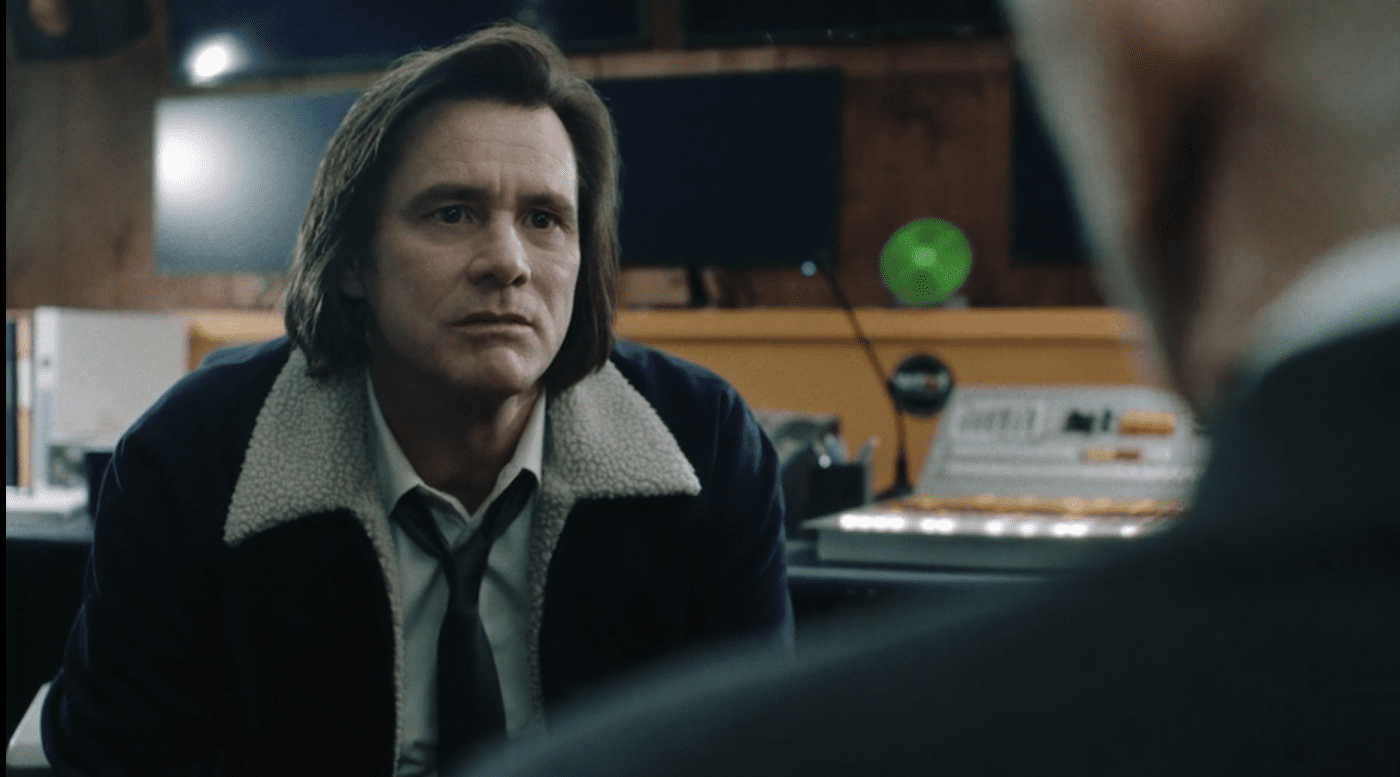 Jeff: This is not insanity. This is how honesty looks when you’re inside out and upside down.

Seb: Jeff, you’re having a breakdown.

Jeff: I’m having a breakthrough.

Seb: You know, I’ve never seen you lie. Except to yourself.

The word break is interesting. It calls to mind similar verbs like shatter, crack, split, and of course, the word “broken.” These words are often used to describe states of mind and emotion, as well as states of relationship. I mention this because specific metaphors evoke specific emotional states, psychological experiences, and images. Think of the difference between saying, “I feel depressed” and “I feel pretty broken up.” Both phrases evoke shades of sadness, but the latter feels more sensate and visceral, while the former is still somewhat abstract, although it does call to mind the image of being pressed down.

I also find it worth noting that these words—break, shatter, crack, split, broken—are also reminiscent of rocks, glass, wood, and bone. Perhaps it is easier to talk about difficult emotional or psychological states as if they were tangible objects. That being said, in this episode, the words “breakdown” and “breakthrough” are used to describe two contrary states of being, one being catastrophic and associated with insanity, and the other being linked to creativity, transcendence, and the movement into a new state of being. It remains to be seen whether either one of these is taking precedence, or whether both are occurring simultaneously.

During Seb and Jeff’s conversation, I could not help think of the posthumously published paper “Fear of Breakdown” (1974) by British psychoanalyst D.W. Winnicott, which was written near the time of his death in 1974. In this short article, Winnicott stated that his main contention was that:

“Clinical fear of breakdown is the fear of a breakdown that has already been experienced. It is a fear of the original agony which caused the defence organization which the patient displays as an illness syndrome.”

Winnicott also noted that in more psychotic phenomena, “it is a breakdown of the establishment of the unit self that is indicated.” Winnicott said he chose the word ‘breakdown’ because “it is rather vague and because it could mean various things.” In my rudimentary reading of this paper, I understand Winnicott to be saying that the original agony—that is, the emptiness, loss of reality, and fear of annihilation—were too great to be consciously experienced by the individual, either in thought or emotion, and that they need to experience it in the present moment in order to metabolize the experience.

In applying this paper to our patient, Jeff Pickles, I initially wondered whether the breakdown occurred when Phil was killed, however, Winnicott’s paper repeatedly emphasizes that failures in the environment in childhood, infancy, and perhaps even the birth process, contribute to this fear of breakdown. So maybe what we witness in this episode and throughout this series is a breakdown that has roots stretching back into Jeff’s childhood or infancy, something that he was not aware of, but that is brutally making itself known as he is rejected by his wife Jill (Judy Greer), ex-girlfriend Vivian, and his father, who is having him replaced with a giant puppet head and cartoons.

Later in this episode, Seb tells Maddy (Juliet Morris) that her grandmother had mental problems and cheated on him. Seb says that he also cheated on her, and that at one point she went to visit her sister and never came home. Re-imagining Deirdre (Catherine Keener) and Jeff in this environment helps to contextualize their adult lives, specifically Deirdre’s sham marriage and Jeff’s potentially shattered mind. It appears as if both of their parents were absentees, and as we saw in an earlier episode, Jeff and Deirdre created their puppet world to cope and survive, which Seb subsequently appropriated and capitalized on. It is no surprise that they continue to struggle; however, in their current circumstances they are not only struggling but spinning out of control.

While sitting in a diner with Will (Cole Allen) and Jill, Jeff notices that the paper on his menu is peeling off, revealing a menu for a Chinese restaurant behind it. He asks Jill if they’ve ever been to this diner before, to which she replies, “No.” Then, Will says he will do a magic trick, and Jeff starts to see multiple Will’s and Phil’s in the restaurant. He asks, “How are you doing that?” and the room begins to spin. We hear dialogue from a previous memory, in which Jeff scolded Phil in a restaurant. The spinning and noise increase in intensity until Jeff screams for it to stop and slams his fists on the table. Jeff is instantly returned to consensus reality, and everyone in the diner is shocked at his outburst. Jeff’s memories are beginning to blend with the present, and he is losing his sense of what is real—perhaps, like the menu, his mind is begin to peel. Or split. 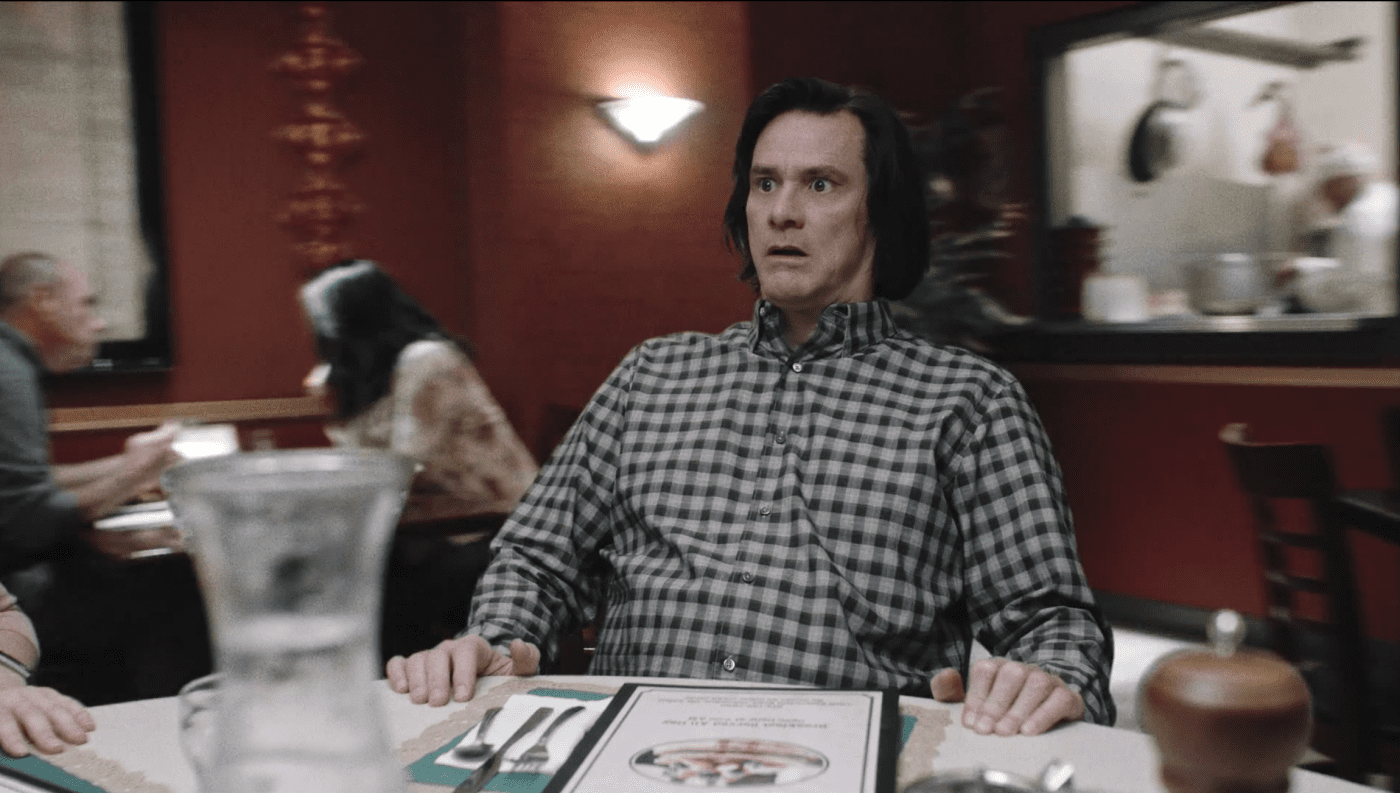 Blood on the Ice

Toward the end of the episode, Seb tries to convince Tara Lipinski (who plays herself) to wear Jeff’s mask in Mr. Pickles on Ice. Tara refuses, and Seb convinces her sister Sara (Jennie Pierson) to wear it instead. As Jeff arrives at the end of the performance, he witnesses the Mr. Pickles puppet head descending from the ceiling in a large barrel. A high-pitched ringing noise is heard, which also occurred during Jeff’s earlier outbursts, but now the sound is much louder. A bomb has gone off in Jeff’s mind, and as the ringing gets louder, his heart begins to pound.

Seb approaches Jeff and glibly says, “I’m sorry but the show just didn’t make sense without you. ” Seb quietly returns to his seat without making eye contact with Jeff. Jeff still does not confront his father, and after failing to play the LT. Pickles video game on his phone, he starts to hear the theme music from the game, as if the song is playing through the auditorium speakers. Jeff begins to hallucinate that the gun and crosshairs from the game are on the Mr. Pickles puppet head in front of him. Then, on the ice, Tara says to her sister, “Okay Sara, you can do this. I believe in you!” Sara begins to twirl, and as she lifts her leg, her skate slices open Tara’s throat. Tara begins to choke and bleeds profusely all over the ice. The entire auditorium reacts in shock, including Seb, and it is clear that Jeff did not hallucinate this moment. Jeff turns to the child sitting next to him and says, “There’s something wrong, Brian.” 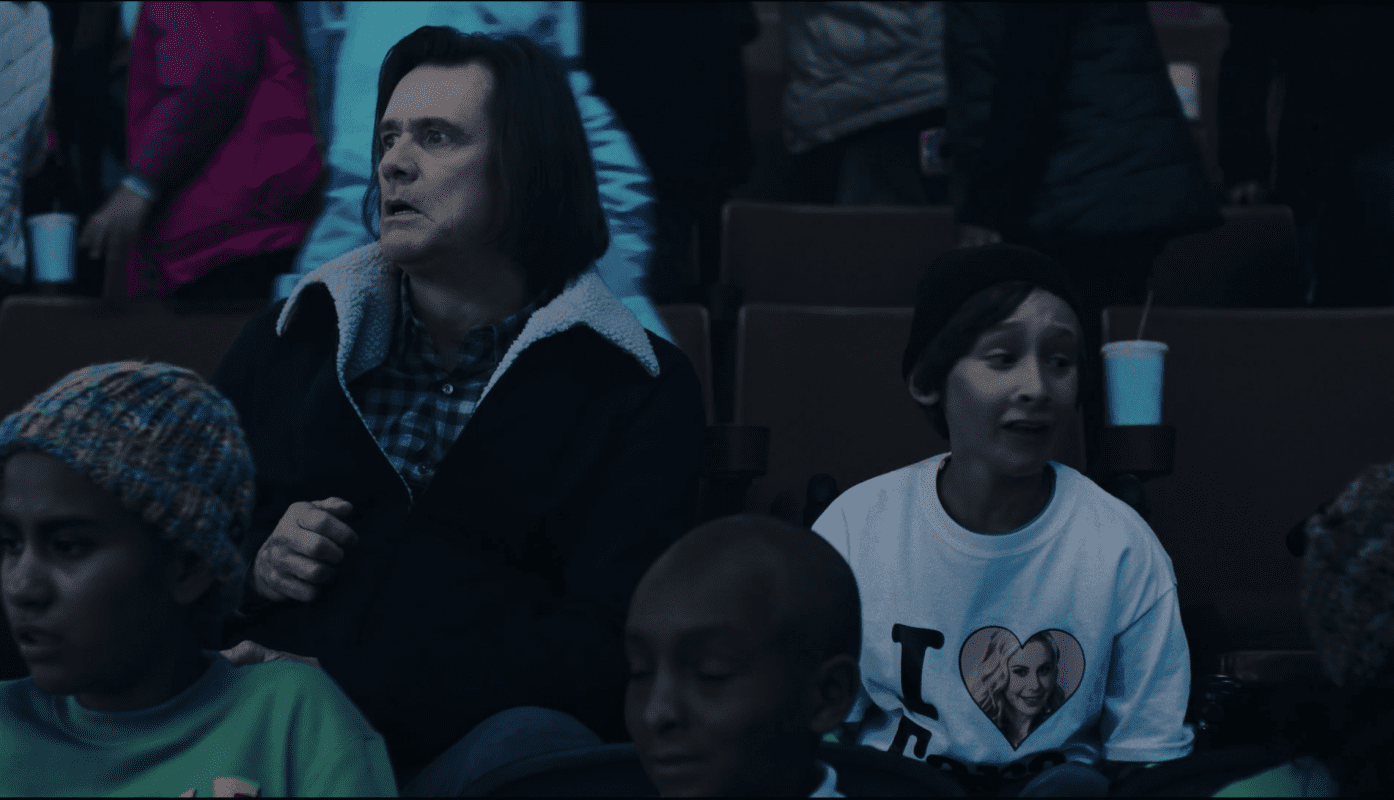 There is most definitely something wrong, both in Jeff’s mind and in the world around him, which complicates the issue of whether Jeff is having a some kind of breakdown or not. Jeff might be a little crazy, but the outer circumstances of his life, including his family, are nowhere near sane. The breakdown is happening collectively, and is not confined to Jeff’s individual psyche. Mr. Pickles Puppet Time and the family have begun to breakdown, shatter, crack, and split, but perhaps in the series finale the Pickles family will breakthrough, moving beyond their repetitive cycles of dysfunction into something new.