This October, without any fanfare or hoo-ha, there came a spooky story to Netflix, just in time for the Halloween season.

Based on the novel by Shirley Jackson of the same name, The Haunting of Hill House turned out to be the surprise hit of the Fall, with a tremendously positive reaction from viewers. So what is it that has made so many people fall in love with this show?

The story follows the Crain family, who move into the foreboding mansion in the ’90s with a plan to do it up and sell it for profit, so they can buy their ‘forever home’. Of course, the house has different ideas, but this is not your typical haunted house story. 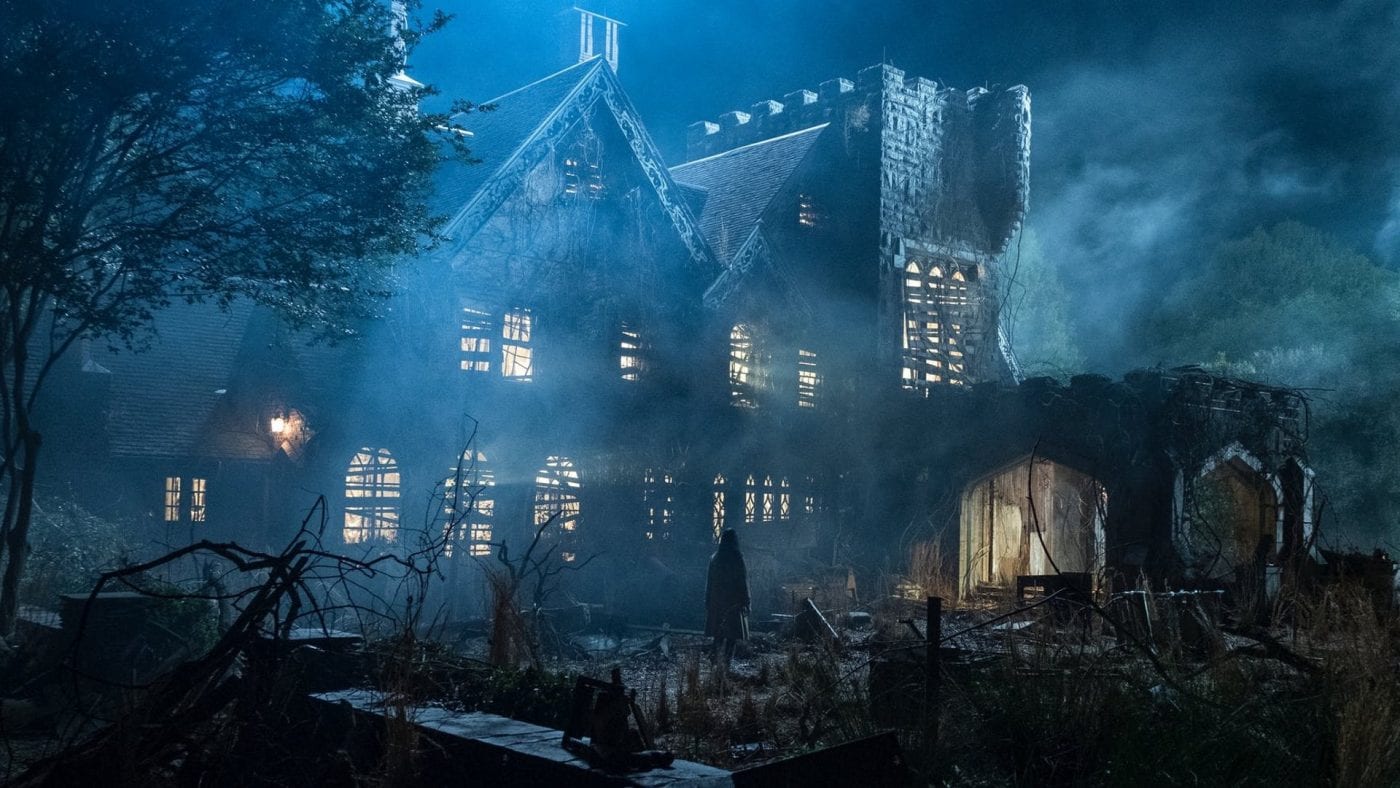 Creator and director Mike Flanagan crafts a unique tale using the hollow halls of a disordered mansion to tell the story of the equally disordered family who lives there. The ghosts of Hill House aren’t (just) the souls of the dead trapped between spiritual realms; they are personal manifestations for the people they haunt, triggers for the truths they must accept and overcome. It’s not a supernatural story so much as a study of the way grief and trauma cripple those left living after a tragedy.

The young Crain family are Hugh (Henry Thomas), who is a kind, dedicated father and husband, and his wife Olivia (Carla Gugino), a whimsical, almost goddess-like woman with a maternal warmth that glows. Together they have five children—Steven (Paxton Singleton), Shirley (Lulu Wilson), Theodora (Mckenna Grace), and twins Nell and Luke (Violet McGraw and Julian Hilliard). The family explore their new home. The children are more in tune with it than their parents, sensing its malignity—they see and hear things only children might: walls being banged viciously, shapes in the dark, rooms that shouldn’t exist, little girls out in the woods. Hugh and Olivia think the children are letting their imaginations run away with them in the beginning, but it’s not long before Olivia falls under the same spell. One night, tragedy strikes—what exactly happened we won’t find out until the very end, this is the joy of the storytelling—and Hugh flees Hill House with his children, leaving Olivia behind. Olivia loses her life but we don’t know the circumstances because the children don’t know, and we are kept locked in their perspectives. The mystery of their mother’s final, fatal moments haunts them into adulthood. 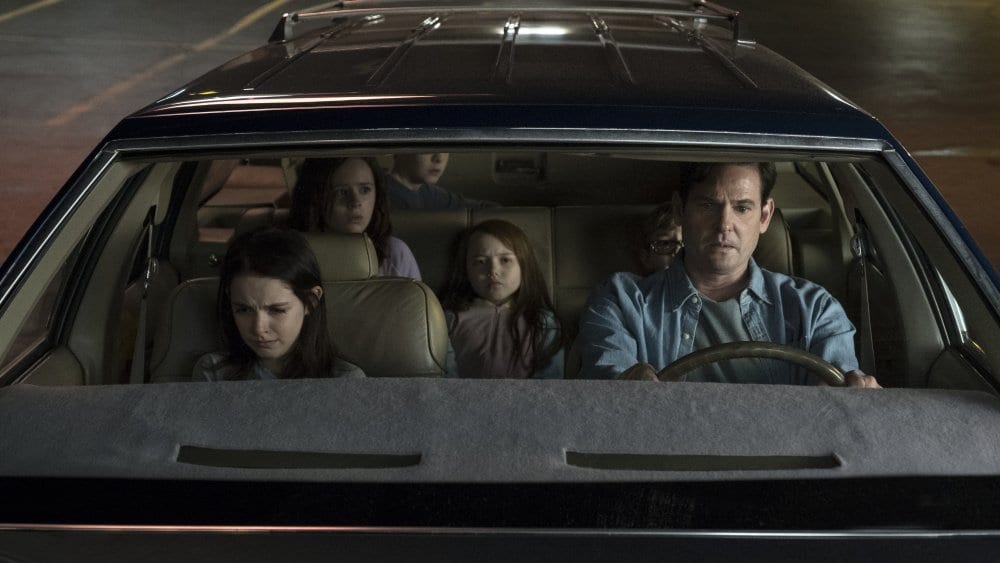 The majority of the story is focused on the now grown-up Crain siblings, each of them representing one of the five stages of grief. Steven (Michiel Huisman) is a best-selling author, having written about the experiences his family had at Hill House. However, he did not witness anything himself, having been told to keep his eyes shut as his father carried him away from the house. Forever the sceptic, Steven represents ‘Denial’. Shirley  (Elizabeth Reaser) is now married with two children of her own and is a mortician, living at a funeral home. Continuously forcing herself to stare death right in the face, Shirley represents ‘Anger’. Next in the birthing line is Theo (Kate Siegel) who lives in Shirley’s guest house. She works as a Child Psychologist and has psychometric abilities that allow her to feel too much. She uses alcohol and sex to numb the pain. Theo represents ‘Bargaining’. Lastly are twins Luke (Oliver Jackson-Cohen) and Nell (Victoria Pedretti). The pair experienced the worst of the scares at Hill House, and they have faired the worst in adulthood. Luke is a heroin addict, Nell is clinically depressed and at times, manic. Their problems affect their siblings who have to bail them out regularly or come to their rescue. The Twins represent ‘Depression’, but ultimately, ‘Acceptance’ too.

There are many shows about grief and mental illness but none do it quite so poignantly or with the gravity of The Haunting of Hill House. Each of the characters has such a crushingly painful tale to tell, yet these are emotions we all understand as we have experienced similar ourselves. Do we put the walls up and pretend it’s not happening, or go on a self-destructive rampage and punish ourselves out of frustration? I think there is a character that everyone can relate to in this story, with the way we all deal with things differently.

The death of their mother is an old wound, but one that has never healed properly. Its scars penetrate deeply and they are about to re-open and cut even deeper.

Each family member gets their own story episode, but Nell’s—named after the Bent-Neck Lady—is perhaps the most agonising of all.  Nell was very much like her mother, warm and free-spirited, filled with the joy of finding true love. Mental illness had been with her from a very young age, but she was doing okay now she’d found her man. We witness her evolution from a bright, happy wife whose struggles with sleep paralysis are cushioned by her husband, to a widow undone by his sudden death. Her life becomes a rapid downward spiral. She lashes out at her brothers and sisters, enables Luke’s addiction by buying him drugs (though out of misplaced love), causes public embarrassment for Steve. Lost in the depths of her mania, she flies from her Los Angeles home back to Hill House, where she sees the ghost of her mother. “Mommy,” Nell calls out, her voice breaking. These kids never really had a mother, Luke and Nell wouldn’t remember her as they were too young when she died, but she knew who she was and wanted to be back in her arms. 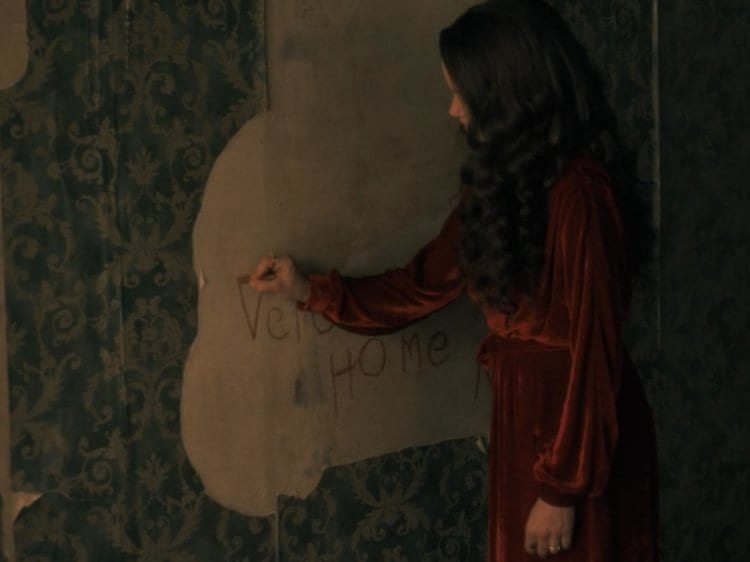 A flashback reveals that Olivia scrawls, “Welcome home, Eleanor” in red chalk on the wall, under the wallpaper, revealing that her mental illness had been steadily growing from early on in Hill House. Olivia always wanted her children with her, all of them to never leave the house, be protected from the evil outside the walls that she believed was there. Sadly, mother and daughter share the same kind of delusions, it was perhaps inevitable that this would happen. Nell wanders through Hill House in a dreamy trance, she dances with the vision of her husband. She then climbs to the top of the same staircase where her mother plunged to her own death two decades earlier and hangs herself. Whether under the influence of ghosts that may or may not exist, they are ferociously real to the women they break. And with that, a new tragedy strikes the Crain family; will they break the cycle of grief?

Episode 6 of the series, ‘Two Storms’ is a truly beautiful yet stifling hour of television. As the family gathers at Shirley’s funeral home for Nell’s wake, their grief boils over in ways anyone who has experienced loss will recognise. Filmed in a series of continuous long takes, the episode is claustrophobic: we watch in real-time as the Crain siblings bite at their mutual insecurities and shared grief, and air out their anxieties. Not only that, it is downright terrifying.

For this is the other reason why people love this show so much. Hill House has plenty of jump-scares, hidden ghouls lurking in the shadows, and enough gore to satisfy most horror fans, but its power is not in how thoughtfully it scares, but in how deeply it penetrates. The house has a history, a legacy it leads, making it a character in itself, both metaphorically and physically. For those reasons it absolutely deserves the praise it is receiving.

Over the next five weeks, writers from 25YL will be profiling the Crain siblings in detail, so be sure to check in next week.

More From: The Haunting of Hill House