After two weeks of non-stop action, Ray Donovan settles down (sort of) in this week’s episode, “Ellis Island.” Instead of blowing up the Brooklyn Bridge, Ray and company wire the entire structure with dynamite for eventual detonation.

Ray and Smitty are driving home after stomping a mud hole in the Albanians and walking it dry. As they drive by the Statue of Liberty in the distance, Smitty asks Ray if his family came to America through Ellis Island. Ray’s stone face cracks, responding that, in fact, his grandparents did. Smitty responds by asking if Ray has ever been out there. As if Ray Donovan has willingly done anything remotely touristy or personally enriching in his life. Smitty reminisces about his dad taking him to Ellis Island, and instead of Ray’s trademark indifference, he keeps glancing over at Smitty, engaged at full attention.

The times they are a-changin’.

Smitty knows the ringleader of the Albanians, Chalky, will assuredly show up and seek revenge on what just went down. Ray tells him not to worry. What Smitty doesn’t know is at that exact moment, Sean “Mac” McGrath is kicking in Chalky’s door and taking him downtown. Chalky won’t be a problem. Ray tells Smitty to lie to Bridget. Tonight never happened, until Bridget walks outside and catches them conspiring. Both Ray and Smitty are dotted with Albanian blood, and Bridget knows Ray has gotten Smitty into even more trouble. Bridget is as furious at her dad as she ever has been, and yet protective of her drug-dealing fiancé. Ah, to be young and blindly in love. She tells Ray to get the fuck out of their lives. Before Ray can do just that, Terry calls, distraught over Bunchy’s phone call during last week’s episode. 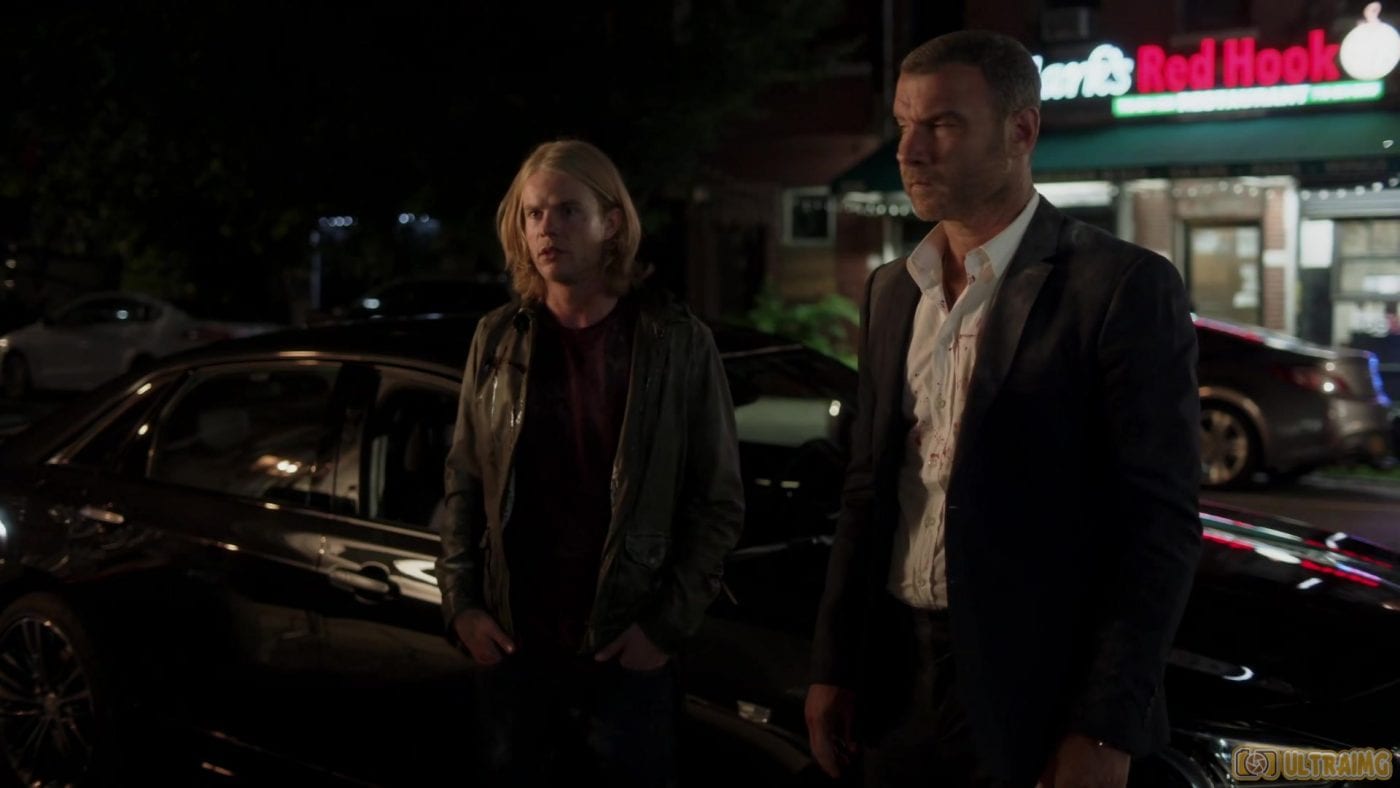 Meanwhile, Samantha is looking over plans for Arthur Kill State Prison. Her petulant son is taking a break from rehab and complaining about an actress friend of his that needs a job. Samantha isn’t willing to do a favor, and tells him to get back to treatment. Of all the scenes in this episode (and the season so far), this one seems to be an outlier, and yet must mean something. File it away in a drawer for future reference.

Ray and Terry sit on the couch later that night, and mull over the situation at hand. (It is remarkable how similar the jawlines of Liev Schreiber and Eddie Marsan are, and a testament to the original casting.) Ray updates Terry on Mickey and Bunchy, and Terry can’t believe Ray would just hand over three million bucks to Mickey. Terry looks like hell run over, and explains that he’s been taking part in an underground fight club. Ray throws up the fact that Terry currently has a pacemaker attached to his brain to curtail the side effects of Parkinson’s — but Terry is living his dream, and Ray can’t do anything about it. No matter, Bunchy is in deep trouble, and Terry argues that he is the only one that can help their little brother. Bunchy’s always been deathly afraid of Ray anyway.

Aunt Sandy just fled with three million dollars (and Ray’s tracker), but Mickey is gathering lemons and making lemonade: “Accentuate the positives and eliminate the negatives. Confucius said that or some shit.” There are still priest costumes, passports, and a yellow Jeep across the street waiting to be stolen. Instead of Bunchy turning himself in, committing suicide, or removing himself and his daughter from this mess, Bunchy decides to continue aiding and abetting his fugitive dad. Father, son, and granddaughter flee Aunt Sandy’s house and into the New York night. Mickey checks them into a cheap motel, to gather his wits and plan a comeback. Bunchy holds his daughter in the car and mutters, “We’re fucked.” 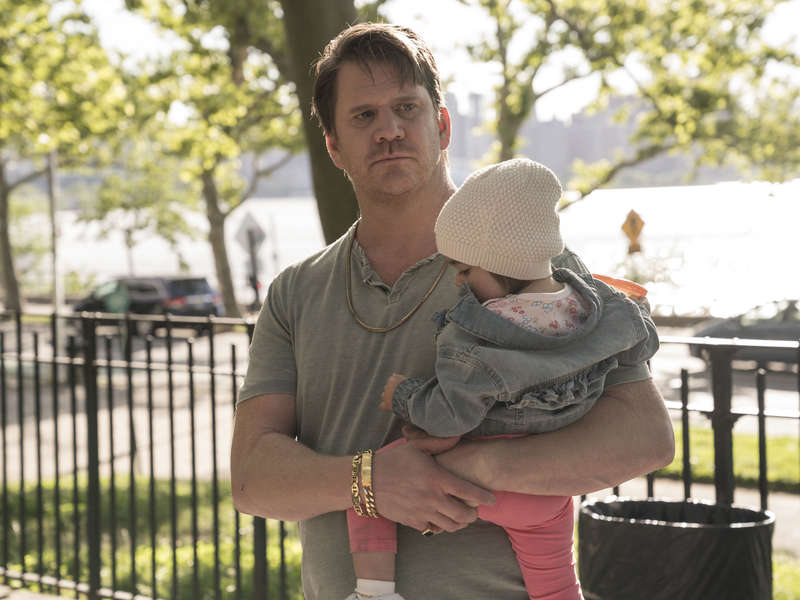 Mac is sitting in a courtroom conversing with Officer Radulovic, waiting to testify against Chalky. Mac seems shadier by the day, and his colleague seems even more crooked. Things are looking up for Mac — his wife seems ready to take him back. Two scenes later, Mac heads to the commissioner’s office to pick up a fat envelope stuffed with cash. Which makes one wonder, is Mac wearing the same wire from last week? Chalky has been successfully put away, and rides a bus into Arthur Kill Correctional Facility. Hmm.

Samantha walks into a smoky bowling alley for a secret meeting with Anita Novak’s mayoral opposition. After some friendly small talk, Samantha requests his support for her purchase of the Arthur Kill prison. She’s willing to ditch Anita Novak if he will cooperate. He won’t budge. He also threatens to start matching every dirty trick of hers.

Ray heads to the airport. His son Conor is flying in before being deployed with his fellow Marines, and Ray is desperate to connect with his son. Ray is trying as hard as he can, but Conor will have nothing to do with his dad. Ray wants to take Conor out for breakfast, and — gasp — head to Ellis Island where eighty years ago, the Donovan clan immigrated into the country. The Statue of Liberty would also make for a delightful father and son outing. Conor isn’t interested, and would rather get a selfie with a famous actress on the set of Mister Lucky. Samantha calls to summon Ray, right as Conor passes out on the bed.

Ray calls Lena to check in. The three million dollars, who they assume is with Mickey, is headed north. Ray isn’t bothered for some reason and instead asks how Lena’s girlfriend, Justine, is doing. Her services are needed once more. Ray has a bright idea to get Anita’s poll numbers up. Justine will need to go jogging in Central Park later on, but not before Lena punches her in the face for an authentic black eye. 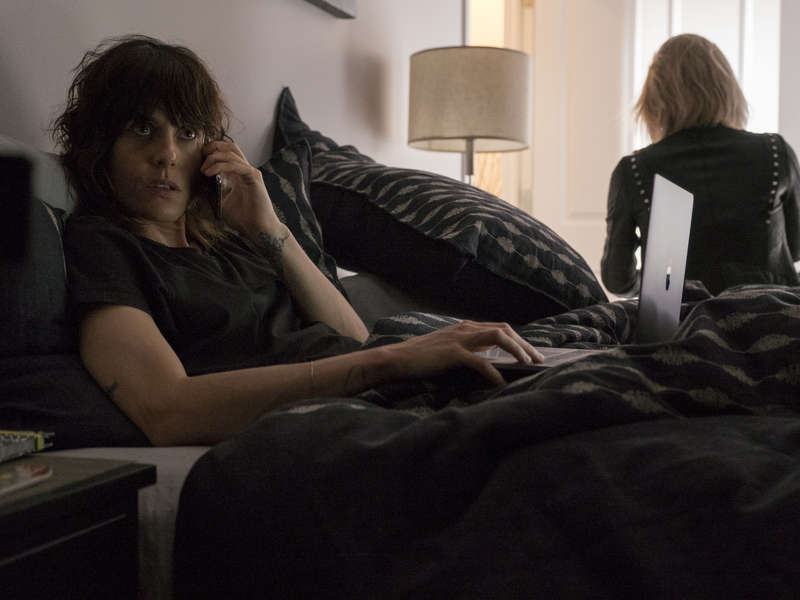 It turns out Daryll has been fired from his producer role on Mister Lucky, and is drunk and depressed at a bar. Ray calls and tells him to sober up. He knows how to get Daryll’s job back while amping up Anita’s poll numbers, all while currying more favor with Samantha.

With cracker-jack timing, Anita is jogging through Central Park, right as a woman is attacked under a bridge. Anita runs to the rescue, fights off the assailant, and saves this woman while smartphones broadcast her heroic act to the world. This chance happening has Ray Donovan’s fingerprints all over it. The woman is Justine, and the supposed rapist is Darryl, who successfully escapes. Another nice and neat Ray Donovan masterpiece that gets Anita closer to an election win, and Darryl gainfully employed once again.

After a hard day’s work, Ray is in Battery Park, waiting on Conor to board the ferry to Ellis Island. Conor ends up getting drunk and stoned with Bridget and Smitty instead. Undeterred, Ray boards the boat and takes in the sunshine and scenery. An Irish woman with a gnarly mane of red hair makes small talk, and remarks that Ray looks like his dog just died. That’s every day, darling. Ray peruses the names that have passed through Ellis Island, recalling all of his forefathers that have enlisted in the military and died in combat. The weight of Conor’s decision to enlist hangs heavy. Right as Ray finds his ancestors’ names, the woman disappears. Was she even there to begin with? Was this another specter in the vein of Ray’s deceased wife, Abby? We’ll be lucky to ever know.

After surveying the tourist pamphlets at the motel, Mickey hatches a new plan. Why not rob a coach liner full of rich people headed to the Hamptons? Mickey can ride up front and pull out a gun in the middle of the trip, and Bunchy can stay in the back with his daughter, Maria, and suggest everyone stay calm and just give this criminal their jewelry, their phones, and their cash. What could go wrong? Bunchy remains the wildcard of this season — a combustive element that is subject to a guilty conscience and blind allegiance to his dad. He makes one wise move by later taking his little girl to Terry for safekeeping. 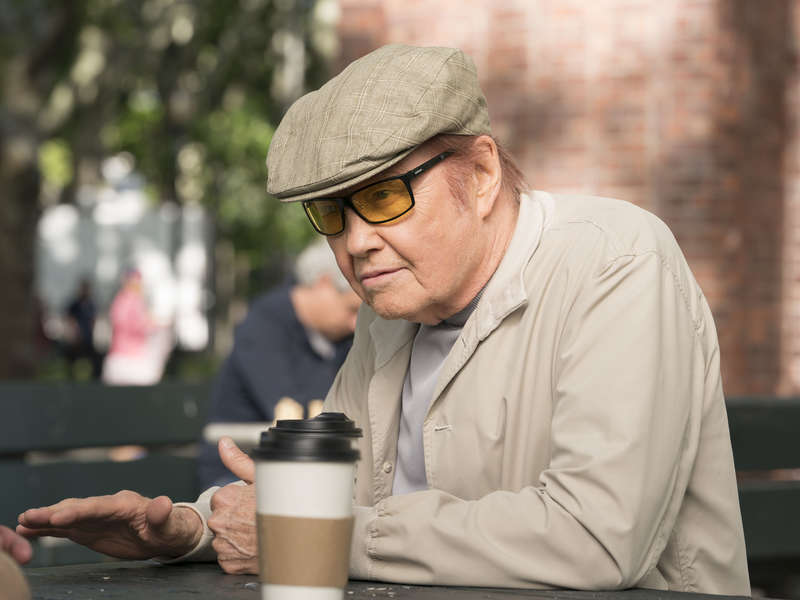 Ray shows up at Bridget’s apartment to take Conor to the airport. Before answering the door, Bridget removes the kitchen chair that is lodged against the doorknob. What a way to live. Conor eyes the airport door, refusing to let his dad accompany him to the terminal. Nerves fill his face, and Ray fears that Conor has merely joined up to avoid him. After all the Donovans that have died while serving, Ray grimaces at the thought of Conor joining the list. Conor jets from the car without even a goodbye. Ray heads to the bar to meet up with Mac — his only companion that won’t judge him for his past and his baggage — the only person that has really listened to Ray this entire season. Little does Ray know, Mac is wearing a wire in hopes of sinking somebody.

Ray continues pulling from a whiskey bottle for the rest of the night, until Anita Novak knocks on his door. The neckline of her dress plunges down her chest: “Are you going to invite me in?” They tiptoe around drinks, and Ray takes a step back from Anita after she kisses him. After another kiss, Anita draws blood from Ray’s lip. She must have hit a trigger, because the next moment, Ray throws her over the kitchen counter, consummating their attraction that has throbbed all season.

The slow burn of “Ellis Island” leaves us with more questions than answers. Will we see Conor again? Is Ray going to bother tracking down that three million bucks? Will Ray and Anita pursue a responsible and healthy relationship? (LOL.) Surely, the Albanians aren’t done with Smitty. Mickey and Bunchy’s planned robbery is destined for calamity. And the only sure thing is that no one can trust the puppet master, Samantha.